Here we go. The first system exclusive racing game for the PS4 has finally arrived.  I was so excited for Driveclub to come out! This is the game I have been waiting for since the PS4 launch.

I get home on Tuesday to find out that the PS Plus Edition, a free version of the game, has been delayed. No big deal. I was going to buy the game anyway as PS Plus owners get a discount when upgrading to the full game.

As I waited for the game to download, anticipation built. With my excitement at a peak, I turn the game on to play. I am greeted with this amazing but derivative game–with a server connection problem. 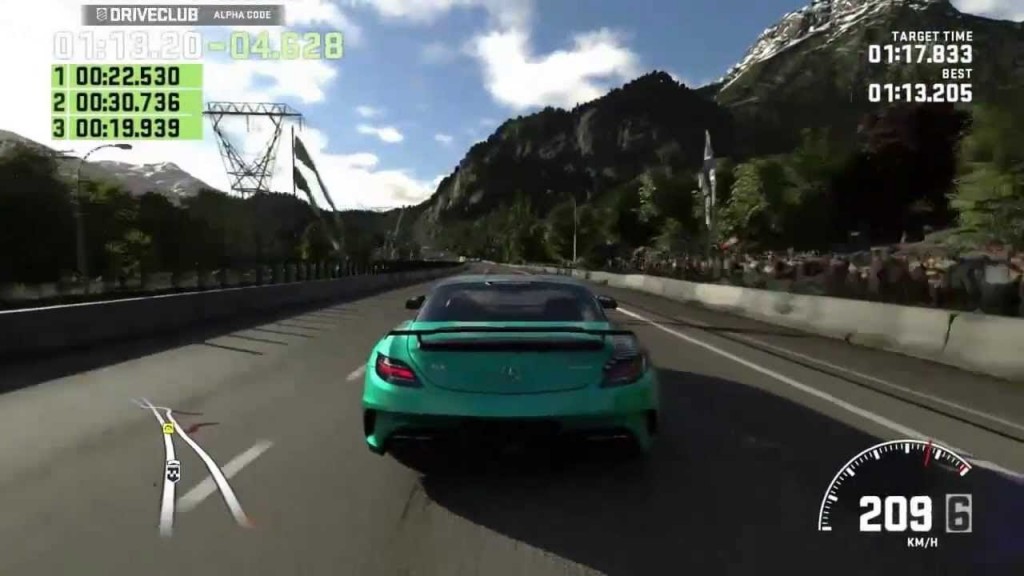 You can go two ways with racing games. One is to make an ultra-realistic racing one like Gran Turismo. The other is to make it super arcade-like such as Need for Speed or Burnout. Driveclub falls in between these, but closer to Gran Turismo. I would call this game Gran Turismo Lite. It almost feels like this is an answer to Forza.

The driving is a lot like Gran Turismo. The cars do not turn on a dime and feel heavy, realistic. But there is no customization to the cars, outside the ability to change the paint color. This is what I mean about Gran Turismo Lite. Driveclub feels similar but without all the crazy car customization options.

Like Gran Turismo, you start in a under-powered, small hatchback car. You have to gain points for races and racing series (tournament of races). The difference is you get medals based on things like finish top three in a race or reach a top speed of 125mph. Get enough of these medals and you will advance to the next stage of races.

As you win races or beat set times, you will win new cars to race with. You also gain experience points and level up in Driveclub. But I cannot figure out what this is for. My best guess is it has something to do with the online portion of the game and the clubs you create.

This brings me to the problem of the server connection problems. When Driveclub was released, the servers got bogged down. This made it impossible to play the game online. They delayed the PS Plus edition because of this. Also, now there is a set amount of players allowed online at a time. When one player drops out another will be added.

As of writing this review, I have not been able to connect to the servers to play online or join a club. So, I have no idea what that part of the game is like. This is 2014. The game company knows that potentially millions of people will play this game online on the day of launch and also know this is the first exclusive PS4 racing game. They should have seen this coming and had all their ducks in a row.

Server congestion should not be a thing that exists in 2014. They should have learned from their mistakes from other games that have had the exact same issues, Battlefield for instance. This is a big fail. Especially when playing online in clubs was a main talking point when promoting Driveclub.

However, this game stands on its own without the online portion. The gameplay is amazing. Cars handle like they should. The sense of speed and weight of the vehicles feel very realistic. Too bad it feels like Gran Turismo. It is a good thing that Gran Turismo is not on the PS4 yet. Driveclub will benefit greatly from that. 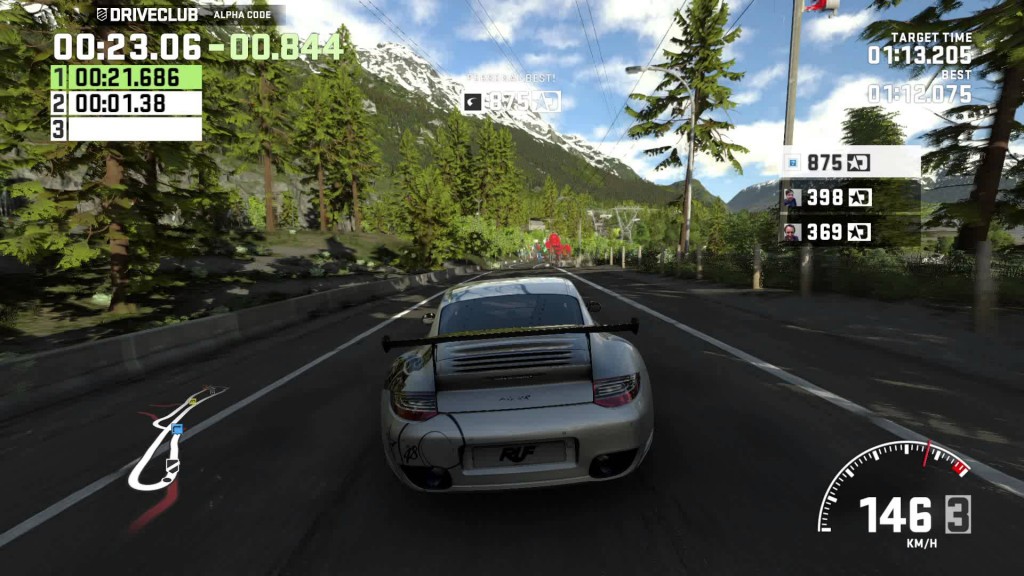 Driveclub looks amazing. The tracks are wonderfully detailed. There is active weather and a full day and night cycle. All of the cars you dreamed of driving are there, except for the North American cars, that is. One would think that it is a licencing issue, but this is not true due to Porsches being in the game. They don’t have a licence to use the name, but the cars are included. They go by the name RUF. So, when you pick up this game, do not expect to be speeding down the highway in a Corvette or Shelby GT.

Server problems aside, Driveclub is fun, addictive and realistic. If you love racing games and own a PS4, get this game.

As it sits right now, Driveclub is a fun, realistic racing game with serious server issues.