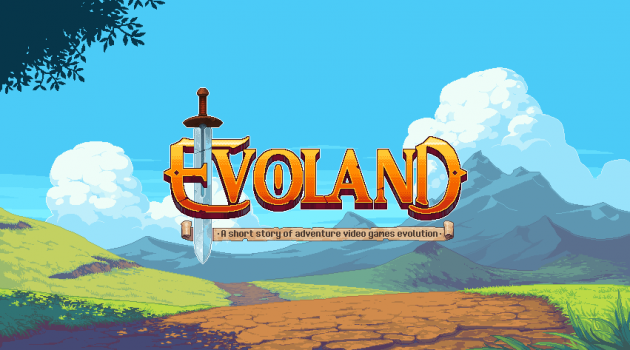 Content Warning
Evoland is a fun, colorful game. I don’t recall any content that would warrant consideration. It’s safe for everyone in the family to enjoy. 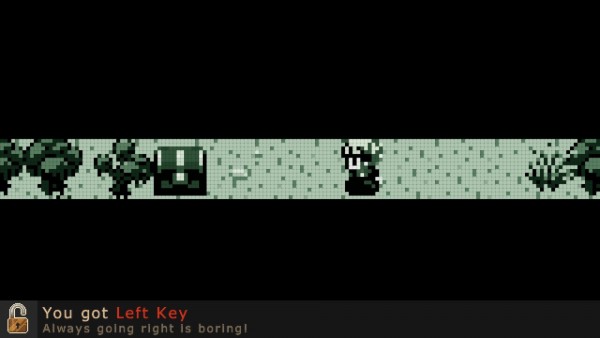 Opening
Evoland isn’t a long game, but the trip down memory lane will be a welcome jaunt.

Story
The story itself is a very lite parody on the fan-favorite Final Fantasy VII. A pink-clad healer named Kaeris, an angry-at-the-world enemy known as Zephyros, a small hamlet, and an airship all contribute to the nostalgia of one of the most beloved RPGs of all time. Ultimately, it’s weak and covers the beats too fast, but it delivers on the familiarity it’s aiming for. 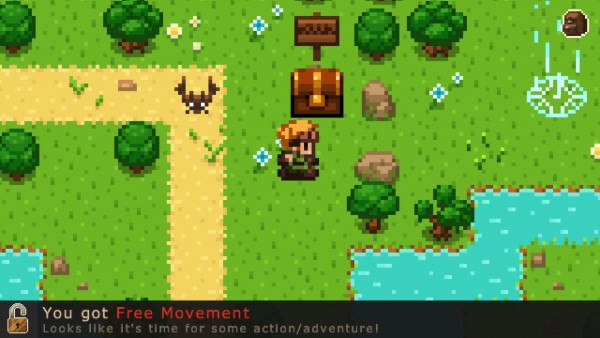 Gameplay
Hands down, the gameplay mechanics are Evoland‘s most potent draw. The game begins in a very plain grayscale world. As you explore, you’ll find treasure chests. With each chest you open, the game world advances bit by bit. From an 8-bit gray scale look, to a 16-bit with beautiful color and animation, to a full-on three-dimensional world, the graphical progression is fun and interesting. The gameplay mechanics and combat also take on multiple roles, from top-down action RPG to turn-based RPG with a couple of fun surprises in-between. 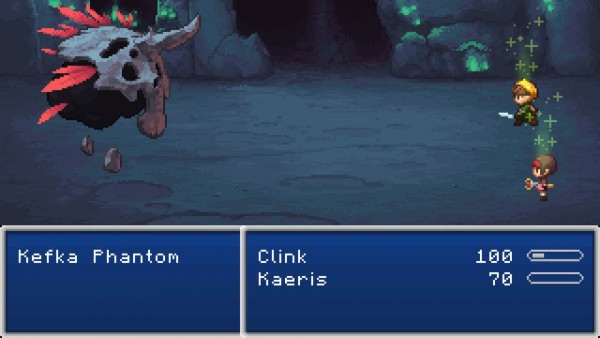 Presentation
Evoland manages to pull at the gamer’s heartstrings at every turn. Each mechanic you experience, each sound effect and song you hear, and each sprite and polygon you see will feel delightfully familiar. Even to newcomers, the bright visuals and upbeat soundtrack are fun and interesting. The game does a great job taking players on a ride that spans decades. 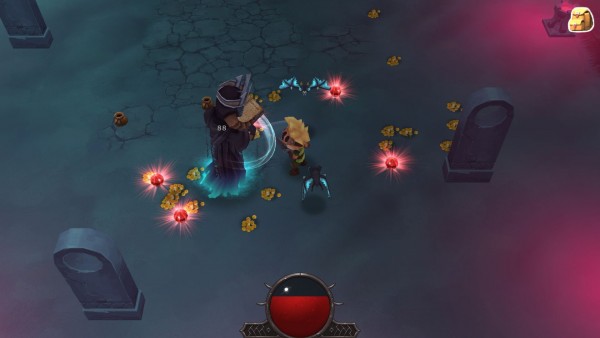 Conclusion/Overall
Overall, Evoland is a blast. The game is a bit short, but the playing time is fun and well-spent. Seeing the progression of RPGs over the years, both visually and mechanically, is an absolute delight to long-time genre aficionados. The story and mechanics both lack the depth the genre is so well known for, but they’re only used to accentuate an otherwise fantastic experience.

Overall, Evoland is a blast. The game is a bit short, but the playing time is fun and well-spent. Seeing the progression of RPGs over the years, both visually and through continually advancing mechanics, is an absolute delight to long-time genre aficionados. The story and mechanics both lack the depth the genre is so well known for, but they're only used to accentuate an otherwise fantastic experience.