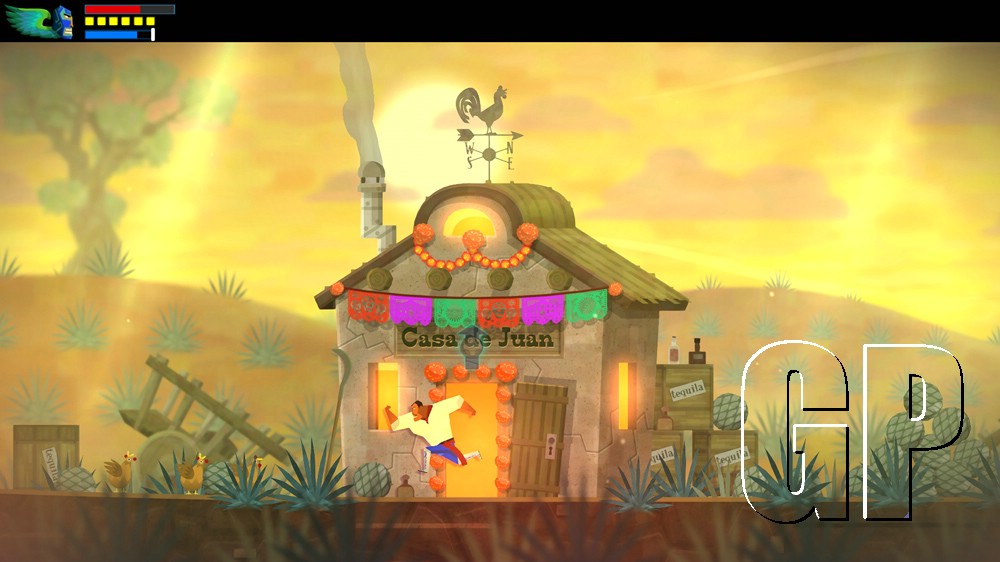 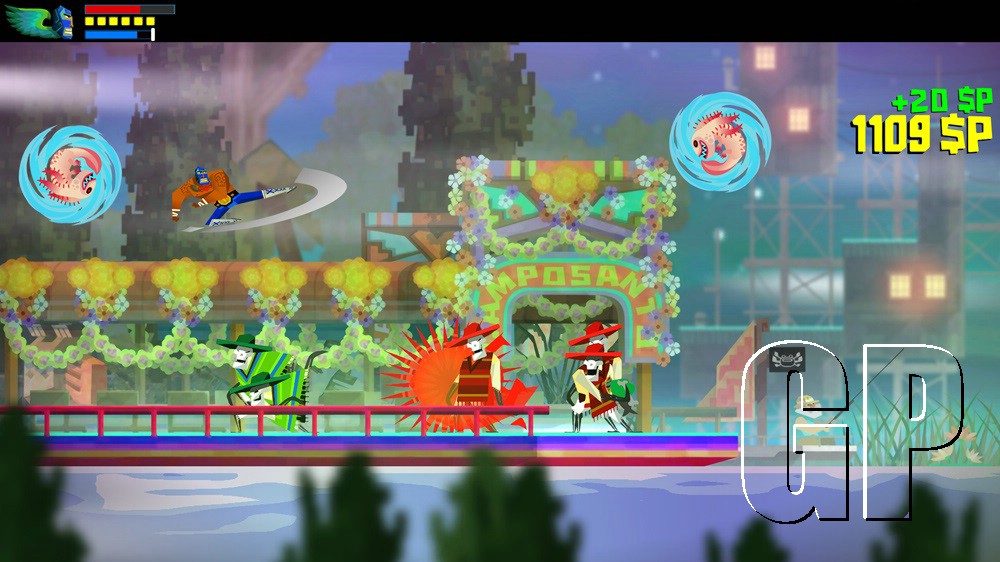 Guacamelee! is a classic 2D Castlevania type game.  You can head anywhere in the world but are gated by needing special abilities to access those areas.  As Juan gains more abilities he is able to take on more different types of enemies and get access to new areas of the world.  The attacks are very luchador and range from headbutts to special abilities like the Rooster Uppercut.  You gain these special abilities by breaking certain statues found around the game.  You use combinations of these moves to create combos to take out your enemies.  Once you have softened up an enemy enough, you can grapple them and throw them in any direction.

Gameplay is fun and the platforming is spot on. 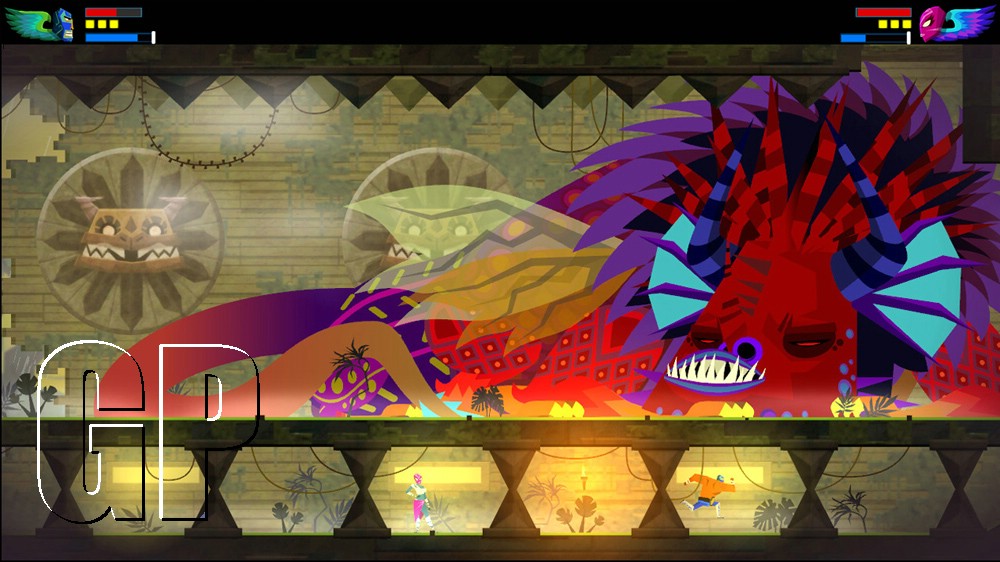 Guacamelee! uses the bright Mexican color pallet.  The design is simplistic but it works in its favor.  The Mexican color pallet and simplistic design work in concert to make a wonderfully charming game.  Having Mexican mariachi music all throughout the game adds another level and takes this game to the next level.

Guacamelee! Super Turbo Championship Edition is a charming, well-made and executed game.  It is well worth the money to invest in a game that sucked me in and made me lose track of many hours.

Guacamelee! Super Turbo Championship Edition is a charming, well-made and executed game. It is well worth the money to invest in a game that sucked me in and made me lose track of many hours.