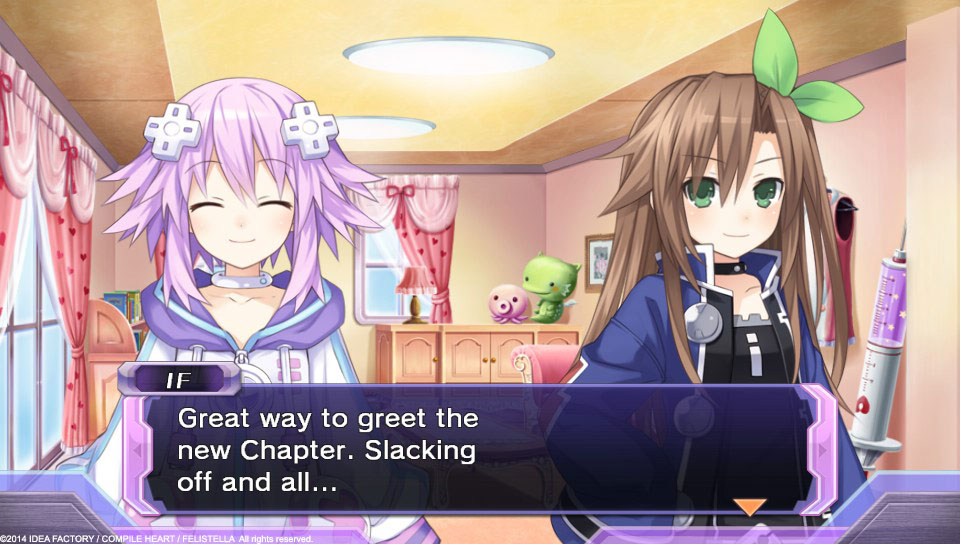 The  CPUs have been fighting over who gets to rule all Gamindustri.  These fights have been known as the Console Wars.  Neptune is defeated in battle by the three other CPUs.  She then falls down to the planet she rules, Planeptune.  Upon crash landing she gets knocked out and then wakes up in a strange house with no memory, other than her name, of who she is.  She must go on an adventure to find out who she is.  All Gamindustri counts on it.

The story is engaging enough to keep you interested to keep playing the game to the end.  But it is nothing revolutionary or spectacular. 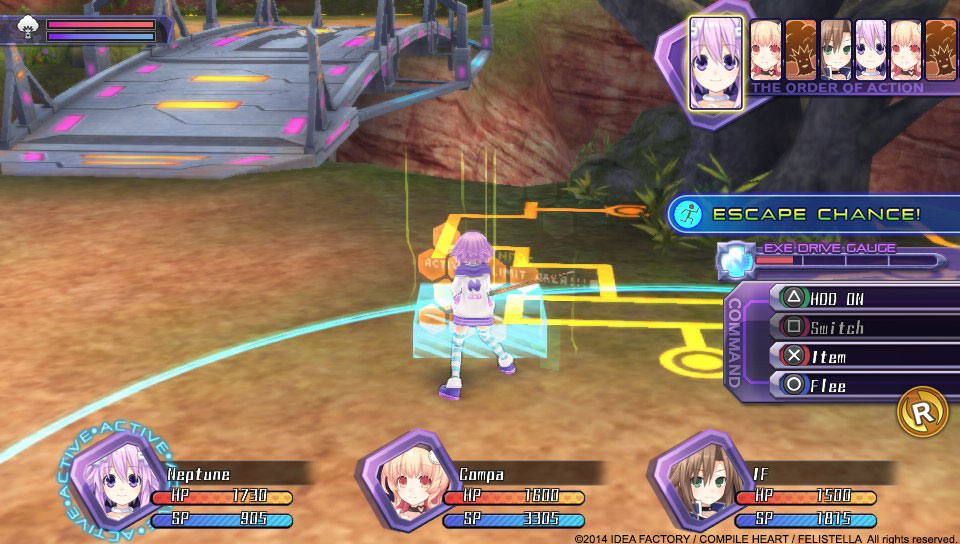 The gameplay is an interesting take on the JRPG gameplay of games before it.  It has the attacking order of Final Fantasy X but you are able to position each of your characters you want during each of their turns.  When you are attacking you can use an light, medium or powerful attack.  But the more powerful the attack, the more of the attack amount is used up.  Each attack turn for each character has an allotted attack amount.  Characters and enemies attack in the order shown on the screen.  I found this help with the planning of each turn. Neptune can engage CPU mode.  This mode changes her into Purple Heart and also changes her personality.  Purple Heart has greater attacks.

The map and exploration are the same as the Persona series.  Neptune moves around a 3D map and you can either attack enemies on the map or they can attack you.  If you attack the enemies first you will go first in the battle.  If they attack you first, they will go first.

Other than that, all the normal JRPG elements are there and function the same as any other JRPG.

Hyperdimension Neptunia has engaging gameplay that is really fun.  I also like how the game lets you think through your attacks.  This is much better than the active time games like Final Fantasy VII.  I like to think through my attacks.  The more I find success in battle the more I will want to carry through with the game. 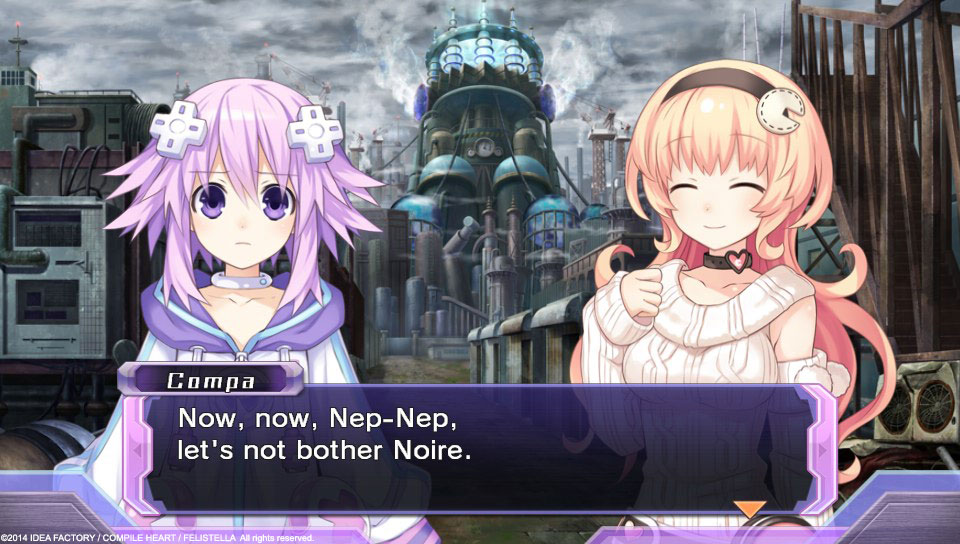 Hyperdimension Neptunia does the same thing most JRPGs do.  It uses 2D character art for the story of the game and then uses 3D character art for the gameplay.  Please just pick one style and stick with it.  Another thing is the CPUs, when they go into CPU mode, are far to sexualized.  As far as I can tell there is no need for this to be as it does not help with the story of the game.  I do like how the CPUs personalities will change depending if they are in CPU or normal mode.   This adds a fun little twist to the story.

Despite the short comings I have listed, Hyperdimension Neptunia Re;Birth1 is a fun game to play on your PSVita.  It is probably one of the top JRPGs out for the PSVita right now.

Despite the short comings I have listed, Hyperdimension Neptunia Re;Birth1 is a fun game to play on your PSVita. It is probably one of the top JRPGs out for the PSVita right now.