Solving mysteries from beyond the grave 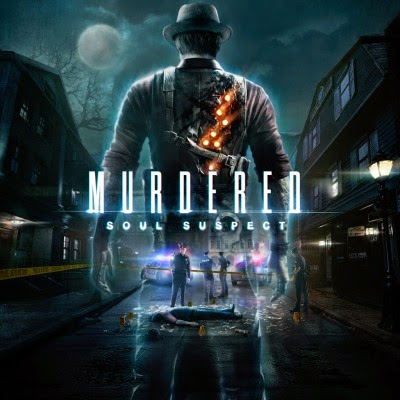 Content Warning
Murdered: Soul Suspect is a game not intended for children. While it doesn’t contains some of the explicit gore or sexuality shown in other games (like Wolfenstein: The New Order), there are still scenes with blood, violence, and torture. There is also some pretty strong language used throughout the game.
Another topic you may need to consider before purchasing the game is that you play the role of a ghost. This may seem straightforward, but this includes multiple elements that may cross the line for some folks including possessing people and listening to their thoughts or manipulating them in some way. There are also mediums that can communicate with spirits in the game. Biblically speaking, we see the witch of Endor do this for Saul and we’re warned against it a number of times in scripture (Lev 19:31, 20:27). 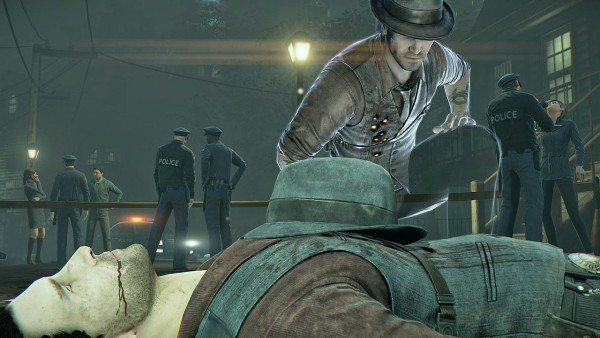 Opening
When I first heard about Murdered: Soul Suspect, I was intrigued by the concept – a ghost detective solving his own murder. It had a cool look to it (a ghost walking around with a fedora and glowing bullet holes? Sign me up!) and showed quite a bit of promise. Now, after having played through the entire game, I’m somewhat deflated on the experience, but satisfied with the story of Ronan, Joy, and the Bell Killer.

Story
You are Ronan O’Connor, a detective for the police department in Salem, Massachusetts. A mysterious serial killer known only as the “Bell Killer” has been on the loose and you’ve tracked him down. After a serious tussle, Ronan is thrown out a second story window and shot seven times.

Seeing his own demise, Ronan realizes he’s a ghost. He’ll have to use all of his detective training and the help of a young medium named Joy track down who killed him and put a stop to Salem’s serial killer.

The story itself is quite well told. The game does a good job fleshing out each of the characters, providing compelling backstories for each of them. Though you may not spend a lot of time with each individual character, you’ll be drawn into the compelling narrative enough to see the 8-10 hour journey to its end. 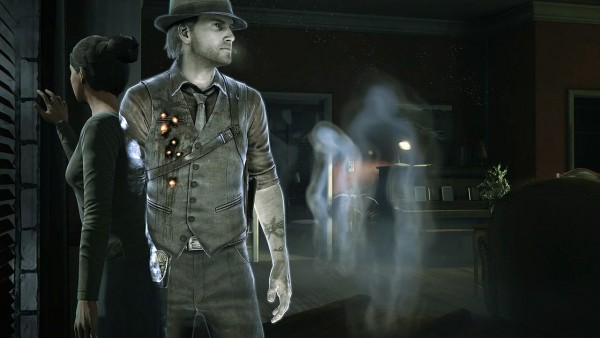 Gameplay
Unfortunately, the gameplay mechanics are, hands down, the weakest aspect of Murdered: Soul Suspect. With each scene, you’re presented with a scenario. You’ll have to explore the environments, uncovering as many clues as possible before drawing your conclusion to the mystery. Much to my dismay, this is often done by picking up to three clues that try to answer often vague questions. You’ll find yourself scratching your head with the choice more than once.

A major flaw with the guessing mechanic is that you suffer no recourse for failed attempts. There is no fail state. You could guess the solution with only a single clue found and, if you’re lucky, you’ll never have to find the rest. Most are just filler anyway. It’s unfortunate to see no real consequence for failed actions. 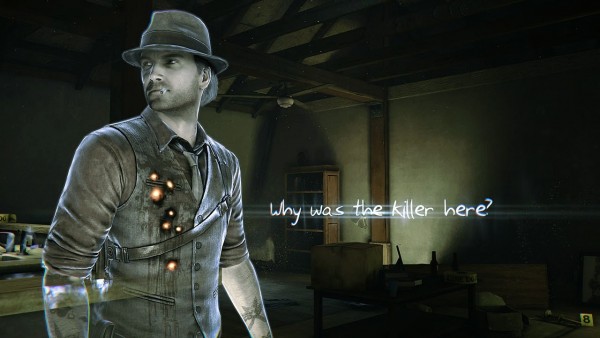 As a ghost, you can walk through walls. It’s a bit disappointing, though, that you can’t just walk through any wall you want. Many paths are blocked and the game uses the write-off excuse that ghosts can’t go through anything “consecrated by the inhabitants of Salem.” It’s an explanation that holds no real meaning, save that the developers wanted to restrict your path.

Finally, the game does contain a sort of combat mechanic, but it’s possibly one of the weakest I’ve ever seen in a game. Demons will sometimes spawn in an area. They have concrete patrol paths. To get rid of them, you have to sneak up behind them and banish them using a quick time event. If they find you, you have to flee, hiding in a sort of “soul dust” until they return to their set patrol. It’s a weak attempt at combat and, at best, a mediocre distraction from spiritual sleuthing. 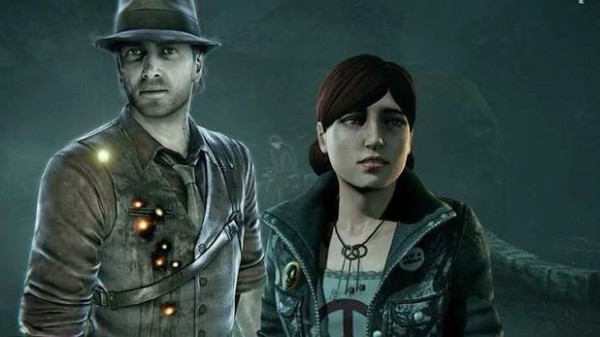 Presentation
The graphics in Murdered: Soul Suspect are solid. Each of the characters moves naturally, lending an air of realism. Seeing your outline on the wall you just passed through is a neat effect. The game does a good job conveying a spooky, ethereal aesthetic.The voice acting, unfortunately, is hit-or-miss. Joy hits the nail on the head but our protagonist, Ronan, starts off feeling like a gravelly Batman clone before really falling into place. I guess that’s what happens when you smoke cigarettes in the afterlife. 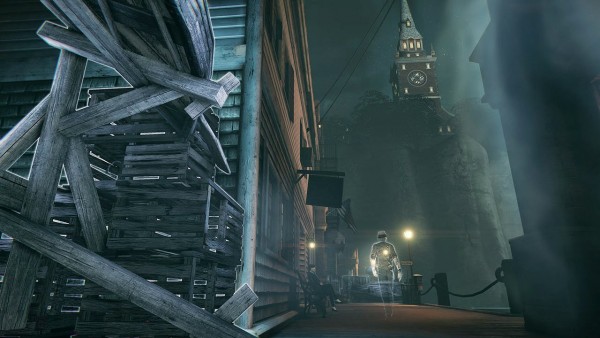 Conclusion
Murdered: Soul Suspect could have made a solid film. It has an intriguing, mysterious plot you’ll play to the end to unravel and the characters are genuinely interesting and likable. The journey, however, is bogged down with boring gameplay mechanics that only seem to get in the way. If you’re looking for a great story, Murdered will keep you going but there’s very little here to warrant a full-priced purchase. 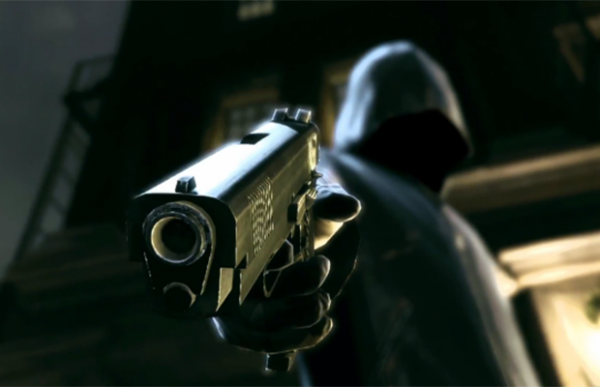 Joe makes many good points and I agree with his review wholeheartedly. For me this game was a bit better because it was a focused story experience. Now I know that Murdered Soul Suspect will not be for everyone. As Joe mentioned, there are some religious things happening and they are not subtle. If you are over 18 and secure in your walk with God then you should be able to handle it, as it is nothing over the top. For me the game took just a little over 8 hours to complete the main story. I thought this was appropriate since the story was paced well and takes place over the course of one night. Some weaknesses of the game are the lackluster graphics for next gen and how it was practically impossible to fail at anything. In fact, I did not even die until about 6 and a half hours into Murdered and that was due to a ghost train coming out of nowhere. Overall, Murdered is all about the story and anyone hoping for anything else will be disappointed. One bonus I liked was how I acquired over 50 percent of the trophies by just playing through the game. I must add that there are side quests and collectibles to make the game last longer but I mostly avoided those.

Murdered: Soul Suspect could have made a solid film. It has an intriguing, mysterious plot you'll play to the end to unravel and the characters are genuinely interesting and likable. The journey, however, is bogged down with boring gameplay mechanics that only seem to get in the way. If you're looking for a great story, Murdered will keep you going but there's very little here to warrant a full-priced purchase.