A couple of months back I was browsing Steam’s Greenlight section, trying to see what interesting games were being developed. I saw Black Mesa, Kenchi, and a good deal of other games that were successfully greenlit. It was then that I happened across a beautifully animated adventure game, Secrets of Grindea. The animations and basic plot were so compelling, but at the time it was a very closed beta. As a fan of RPG’s, I had to get a copy and look more into what this game was about. The game has not been completed yet, but from what’s available so far, the game strikes me as very well made, taking time to get little details done early.

The story begins with your customized character waking at home. Your father hands you a magic bag to help you on your quest to become a Master Collector, and informs you that the exams to become a collector are going on today! Gathering your equipment, you embark on the journey to town, fighting slimes, bandits, and rabbits along the way. Once leaving the city, you learn that the bag is actually alive!

The amazing premise and original story so far is fantastic. The NPC’s are filled with great dialogue, and there’s even a cameo from a well known youtube gamer. 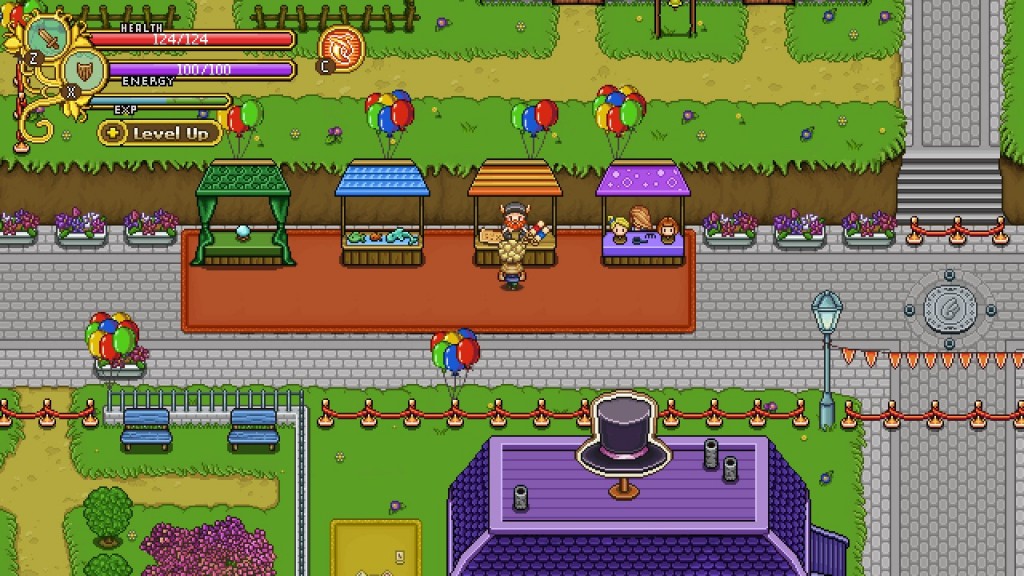 If you’re familiar with the Yogscast, you might recognize this man in the orange stall.

One of the small joys of life is finding a well made game that only uses a keyboard and works. Combat is controlled using the keys on the left side of the keyboard, while directional movement is controlled with the arrow keys on the right. Basic attacks are performed with the Z key by default, and can guard with a shield with the X key. The shield has a gauge to show how much abuse it will take before it lets damage through, which prevents players from camping in a corner forever.

Character progression is filled with combat skills you can use in your quest to become a master collector. Abilities are used on a recharging energy system, with combos that are animated beautifully and add meaningful balance to the game’s combat with monsters. Fighting the slimes at the early point of the game is fun, and can actually get you into a lot of trouble if you’re not paying attention- even on the normal and easy difficulties of the game.

The game has an arcade mode, and the ability to bring friends in to play Co-op. I wasn’t able to test the multiplayer at this time, but the arcade mode was satisfying. Being able to chain combos in a small arena and score myself was thrilling, and showed me how I can play more efficiently in the main story of the game.

I am a fan of small details, and this game is full of them. From the spirited characters, to ambient noises, the music and birds flying from the trees as you walk by, there is so much to take in at just the right pace. The environments are moody, energetic, and give players room to explore. My favorite thing is the smooth animations. The developers are quoted to have been inspired by games such as The Legend of Zelda and Secret of Mana, and the influences can definitely be seen. However, the game is especially unique in its artwork and music.

Sound effects are very well done and distinct as the game goes on. Abilities bring great satisfaction to my ears when I hear the effect of the ability combined with the on hit sounds of monsters meeting their doom. The music is vibrant and fitting to the environments players wander through. I’m continually amazed at how well it fits the game, and meshes to make such a beautiful experience. 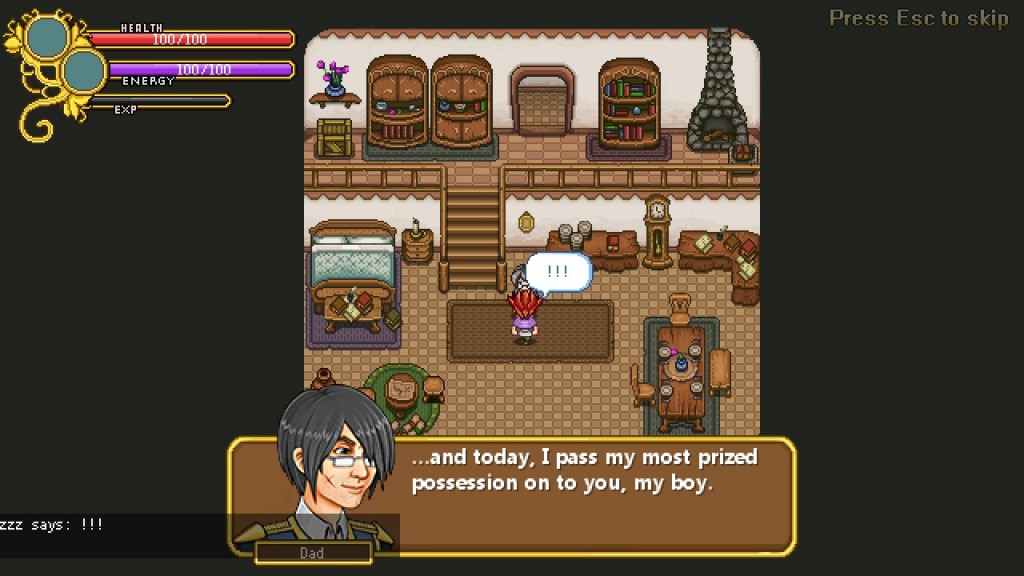 Graphics are colorful, moody at times, and really tickle the senses as you fight and meander through the game. Monsters are unique and fit each environment; they aren’t forced and never feel out of place. Characters are unique and animated beautifully in a sort of Super Nintendo style 32 bit graphics. There is nothing I don’t like about how well this game has been animated.

I can hardly contain my excitement for this game to get fully released. The game is fantastically well made with no reportable glitches, even in beta. The game only has a couple hours of playability right now, but I enjoyed how it sucked me into the side quests. Grinding is enjoyable, and combat never gets slow with the slew of abilities available. Playing on the higher difficulties bring out the challenger inside, making the game more interesting and adding to the replay value. I cannot wait to see what the developers have in store for players as the game moves closer to completion. I highly recommend investing into this game. There’s so much to find and see, and the combat is top notch.

Want to learn more about this game? Check out the developers website here!