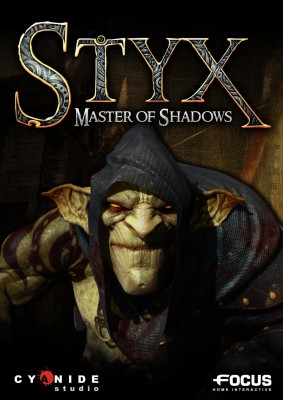 Content Warning
Styx: Master of Shadows is set in a world where everyone is driven by self-serving desires. It creates a desolate, hopeless world full of bitterness and backstabbing, both politically and in the case of Styx, literally.

A master thief and assassin, Styx is more than keen with the tools of his trade. The pain and death he inflicts on others can range everywhere from poisoning their water or crushing them with chandeliers to slitting their throats or breaking their necks while muffling their screams. It can be almost disturbing if you stop to consider what you’re doing.

Even more off-putting than the violence is the profanity. Styx liberally uses harsh foul language and, though it’s crass and offensive, it does help lend credence to his character and the world. 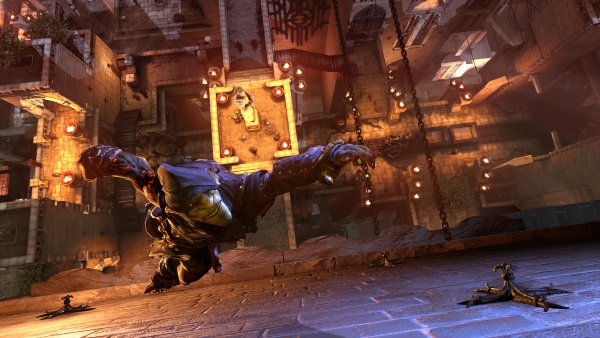 Opening
From the moment I heard Cyanide was making Styx: Master of Shadows, I was intrigued. As someone who put several hours into their previous title, Of Orcs and Men, and came out happy with the product, I couldn’t wait to see how their upcoming prequel would be handled. What Cyanide delivered isn’t flawless, but it’s a solid title. 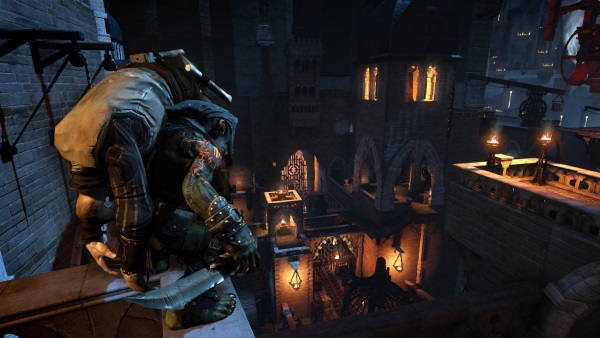 Story
The World-Tree is a mysterious and powerful thing. Its sap has such intense properties that humanity has built a tremendous structure-the Tower of Akenash-around the tree to guard and harvest it. This has also created a tenuous political relationship with the elves. Now Styx, a goblin with a mysterious background, is trying to get to the Heart of the World-Tree.

The story for each chapter is told through narrated hand-painted scenes and a few in-engine cut scenes. While the storytelling style may not be the most original, the narrative itself is solid, giving players a surprising number of plot twists along the way to keep things interesting. Styx is an interesting character and time is taken to flesh that out. Unfortunately, a few of the key players in the story feel a little swept under the rug. 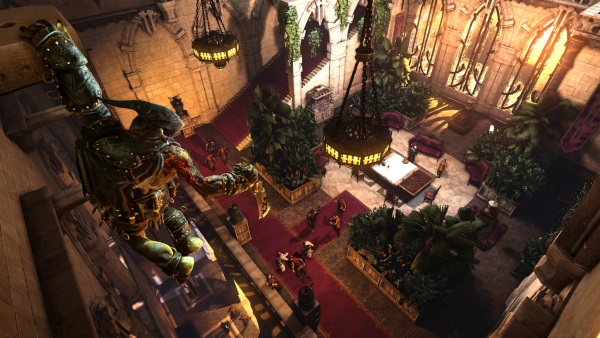 Gameplay
Styx: Master of Shadows plays like a great stealth action game. As you work through each level, you’ll have to survey your surroundings and hash out the best route, making sure to deal with any potential whistle-blowers along the way.

As with all stealth action games, sticking to the shadows and getting the drop on your enemies will always be the preferred route. When you sneak up on someone, you can choose to take them out quietly or quickly. The quiet kill will take time but the quick kill leaves your prey screaming, alerting any nearby enemies. It offers a satisfying element of risk and reward.

The environments and their hazards have been well considered and designed. To avoid detection, you’ll be able to snuff out torches, unhinge chandeliers, stow bodies, hide in sewer grates, and more. It makes getting from A to B fun to traverse while offering various routes and tools along the way. 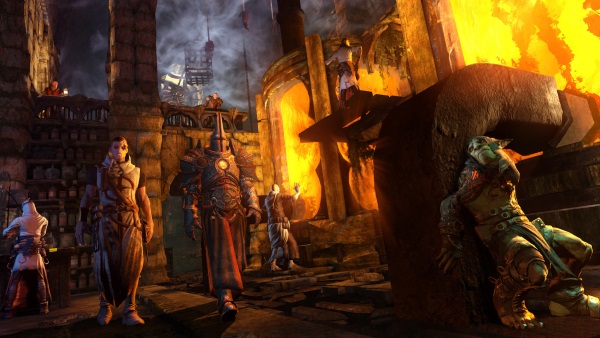 With some amber from the World-Tree, Styx has access to several abilities you can enhance that make him ever more dangerous. “Amber vision” will let you better survey your surroundings, highlighting hiding places and hand holds. He can also turn invisible to avoid detection and create a clone to trigger switches or distract guards. Between missions you can upgrade these, adding a few tricks to your bag.

Enemies present your primary challenge. Each foe maintains a patrol, going from curious to aggressive if they discover you or a body. Their variety is slowly rolled out over the game and each will have to be dealt with differently. Most can be taken down with your dagger or throwing knives, while others (like the heavily armored knight) will require more cunning.

It’s great to see a variety of challenges laid out for Styx to beat. Unfortunately, they can also be downright stupid. In line with other stealth games, if you can get out of sight long enough (even if you’re just under the table in front of them), they throw their hands in the air and go back to their predetermined routes. 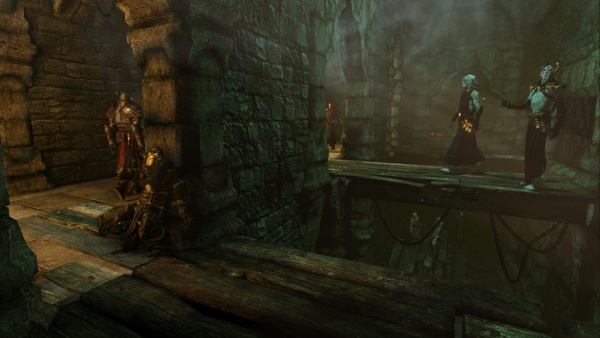 Should enemies catch you, you have the option to fight them (unless you’re playing on the brutal Goblin mode, which should be reserved for the hardcore stealth fans). These battles put you in a one-on-one situation, parrying your foes’ attacks until going in for the kill. This should be avoided if at all possible. First, the parry timing will take some getting used to. Second, you can only fight one foe at a time, you’re defenseless to other enemies, and you make a lot of noise. All that said, the combat system is weak, but I would contend that it’s actually a design concession to drive stealth gameplay.

The nature of the game drives itself on trial and error. I would recommend being liberal with saves and being ready to experiment and reload…a lot. 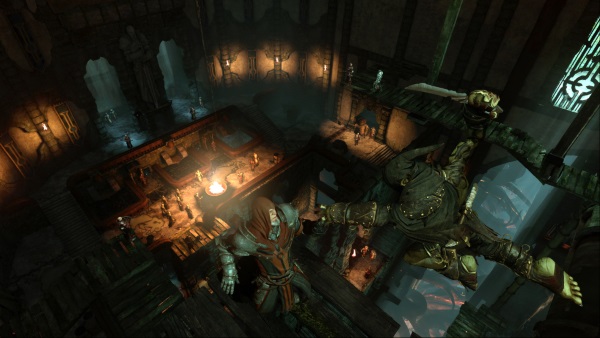 Presentation
Styx: Master of Shadows is a solid looking game. The Tower of Akenash exudes a sense of decay while offering you interesting environments to explore and traverse. Character animation feels fluid as well, helping you feel the weight of every choke and stab Styx performs.

The voice acting can be relatively forgettable (especially when a guard consecutively utters the same phrase ten times) but Styx’s voice actor does a fantastic job bringing the character to life.

There is some occasional screen tearing that can be seen and, though it’s minor, it can detract from the immersion. 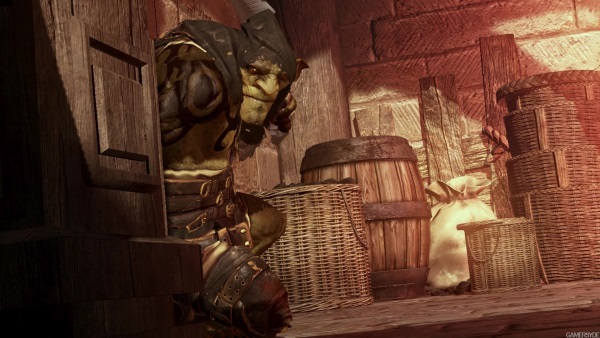 Conclusion
Styx: Master of Shadows is a well-executed stealth action title with an intriguing narrative. Despite the foul language and a few other issues, fans of the stealth action genre will find a gritty, satisfying experience reminiscent of a medieval fantasy Splinter Cell.

Styx: Master of Shadows is a fun stealth action game with a few issues. Fans of the genre shouldn't pass it up.