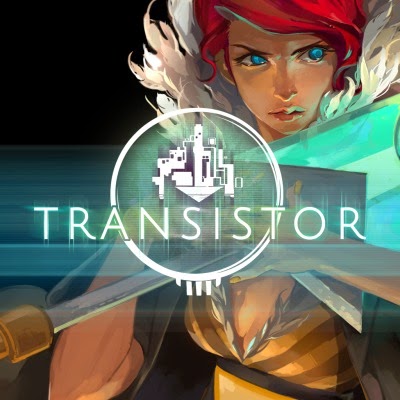 Content Warning:
Transistor is, overall, a relatively clean game. There’s no blood and very little offensive language (none I can think of off the top of my head). 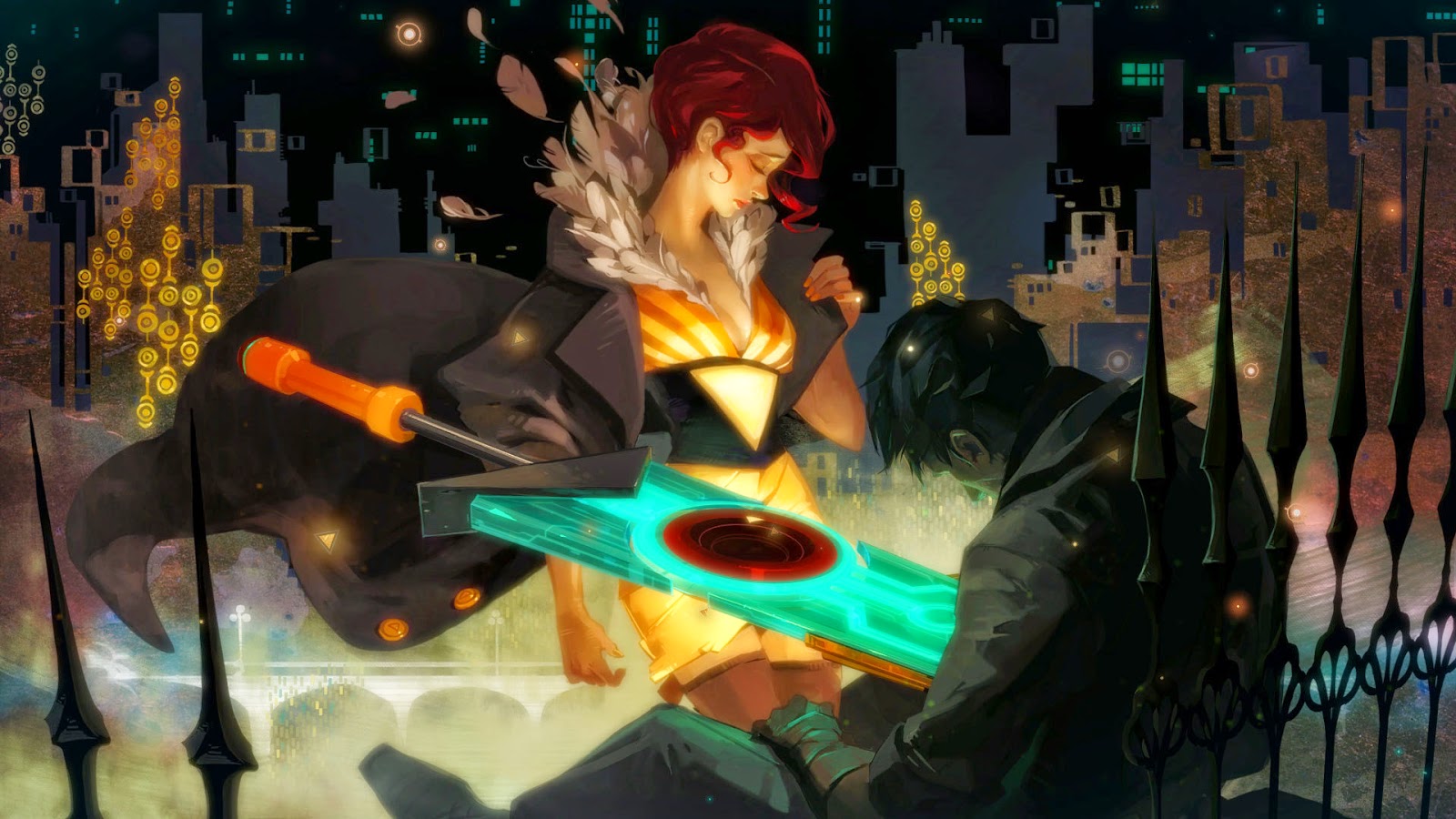 Story:
The game opens with our protagonist, Red, standing next to the body of an unnamed man with a greatsword, the Transistor, protruding from his torso. After pulling the weapon free of the body, she takes off to right the wrongs that have transpired up to the intro.

Through the narrative delivered by the Transistor, inhabited by our mysterious fallen character, we’re brought to learn of Cloudbank’s history and strifes. Beyond that, we also learn of an elite, behind-the-scenes group known as the Camerata who are bent on reshaping the world – by any means necessary.

The story itself is interesting and the characters present a sense of intrigue you’ll want to uncover. The problem is that the tale is deeply convoluted and, ultimately, much is left for the player to deduce. You could easily finish the game and have no idea what’s happened to Cloudbank and its inhabitants. 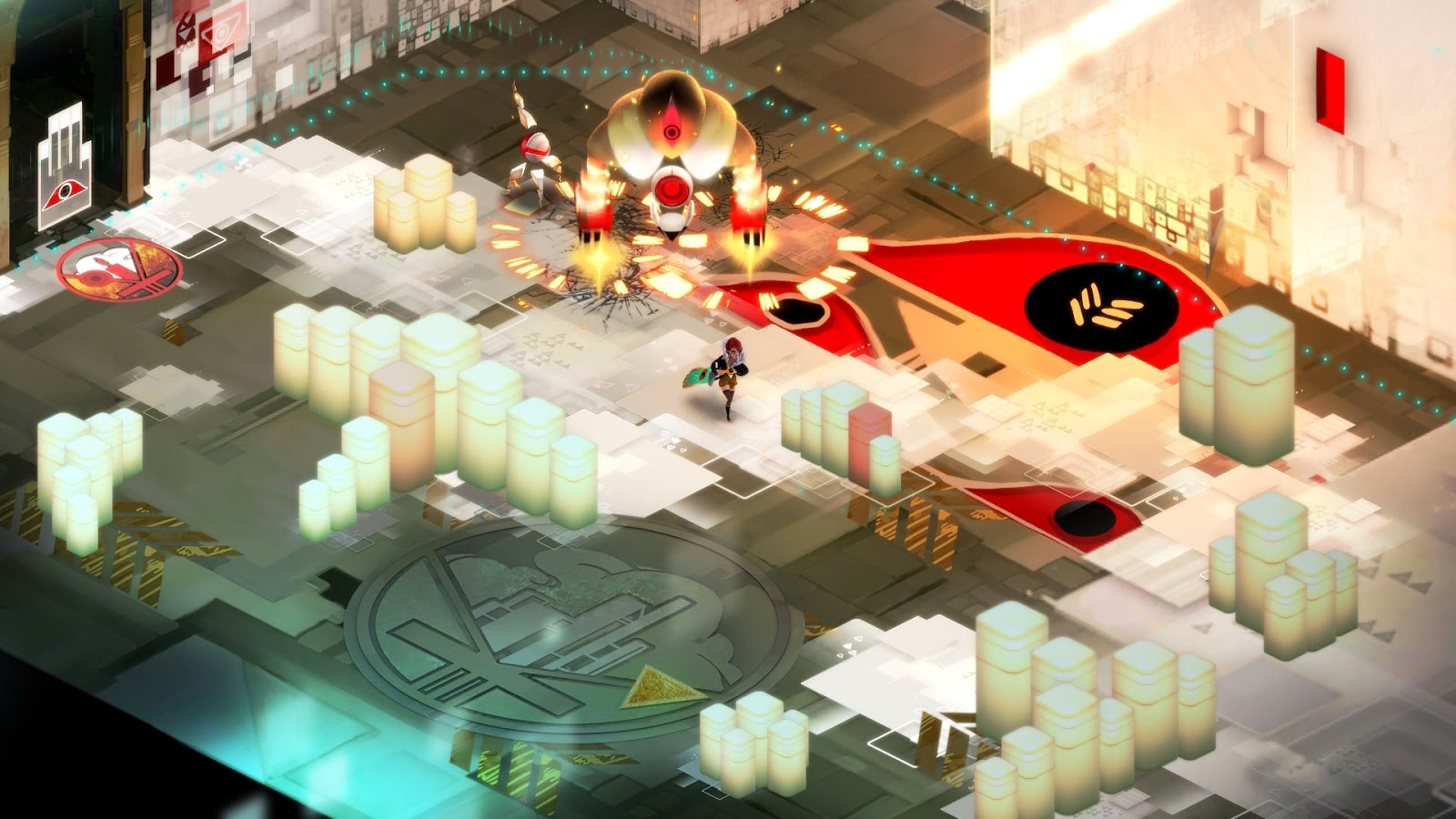 Gameplay:
A tactical strategy game at its heart, Transistor sets itself apart nicely with an in-depth move customization system accented by solid tactical combat mechanics.
With each level you gain in combat, you can choose to gain new abilities. There are 16 in all and each features three sets off effects: a primary attack effect, an effect that augments other abilities, and a passive effect. When fully unlocked, each primary slot can have two augmenting effects. All of this allows for an incredible breadth of experimentation and variety, ensuring the way you choose to play the game is, indeed, your own. 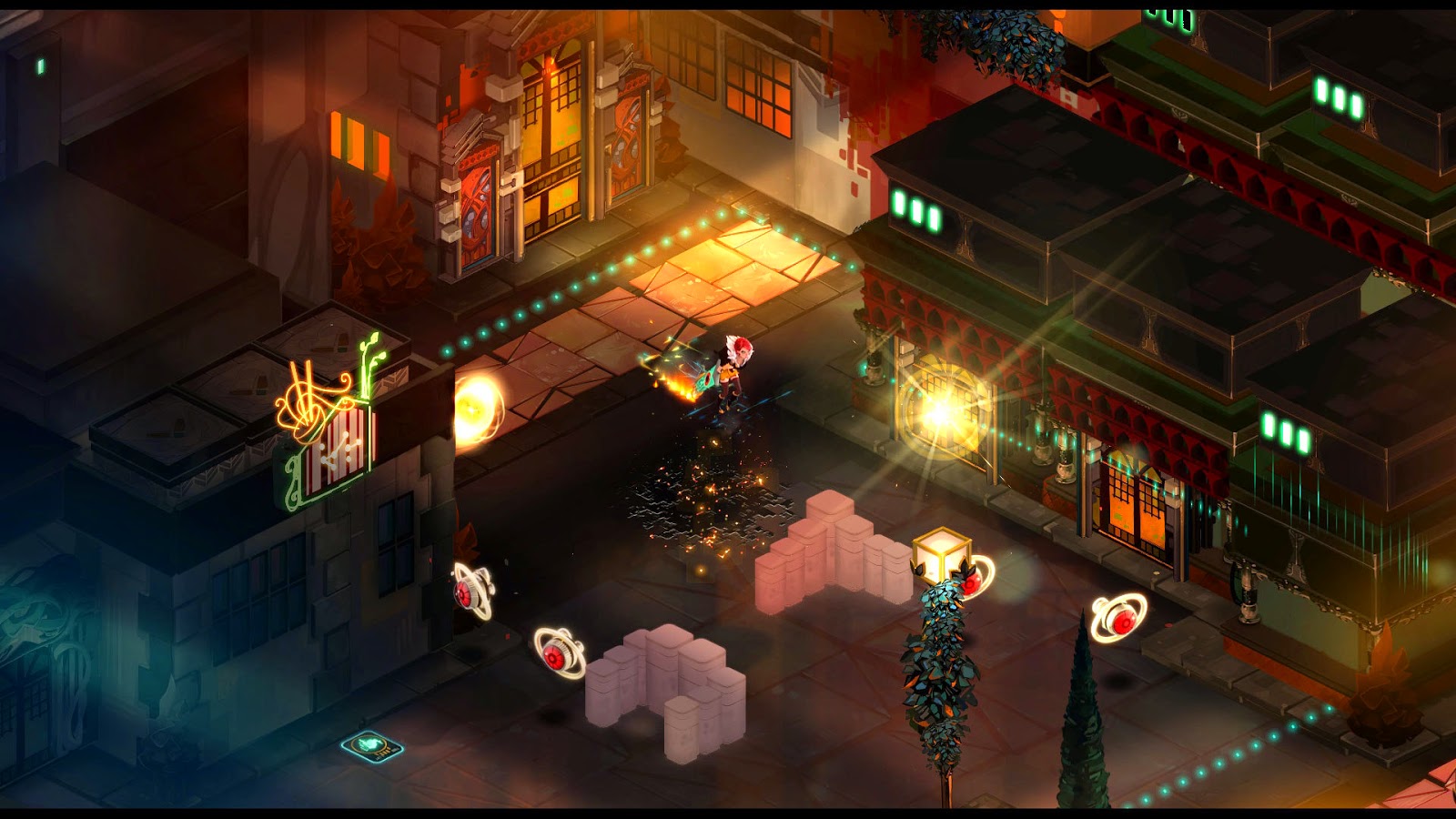 Enemy combat scenarios throughout the game are varied and well designed. There’s solid variety as you venture through the six-ish hour story, setting you up against an array of foes that will give you the chance to test yourself.

At the end of the day, even if the story isn’t stout enough to bring you back for more, the gameplay mechanics are. Don’t be surprised if you find yourself on a second or third playthrough for the combat alone. 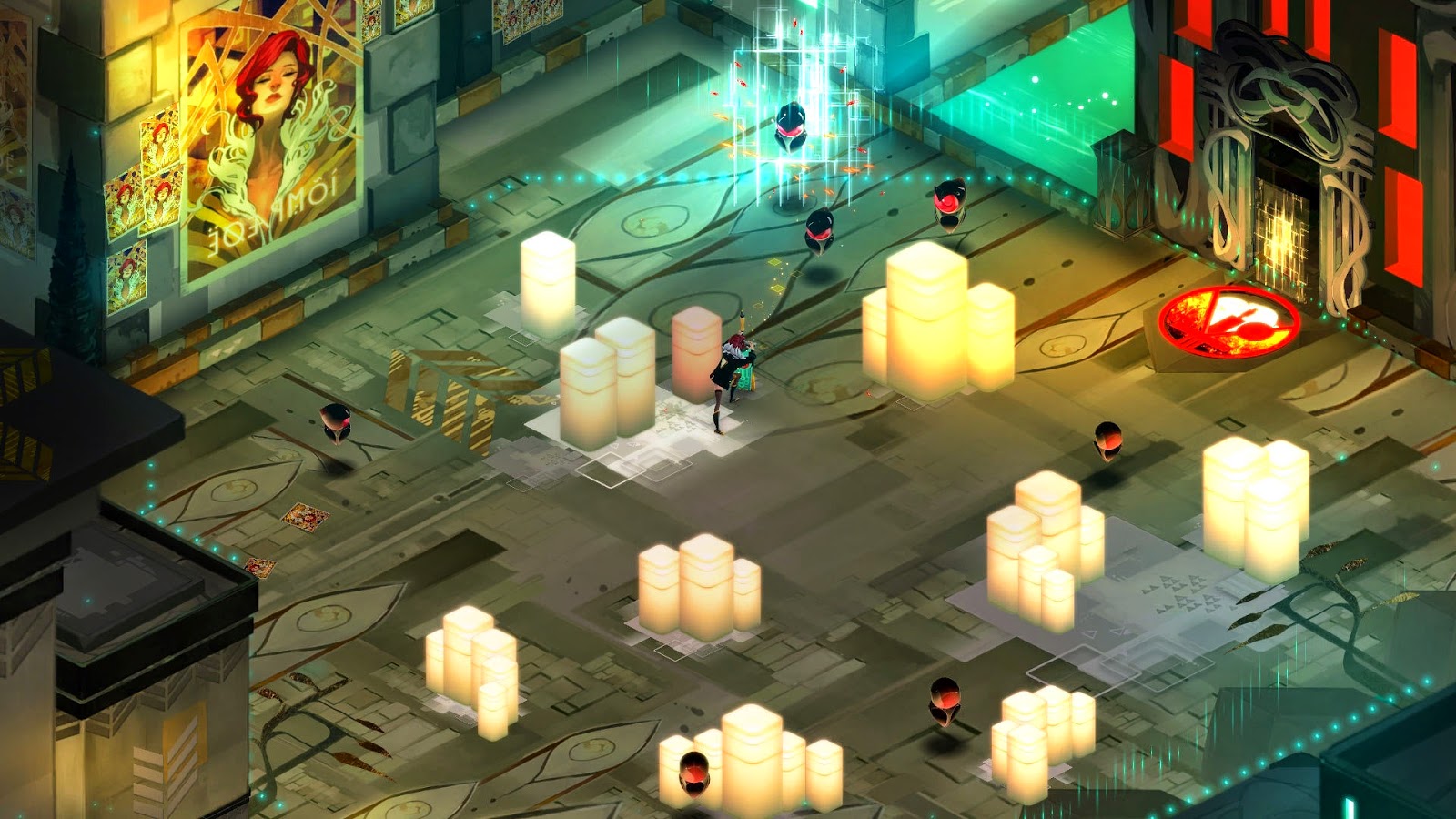 Graphics and Sound:
Transistor utilizes both visuals and audio to create a world with an engrossing aesthetic. Bright colors and beautiful animations help the computerized world of Cloudbank come to life, even as it’s dying. The aesthetic really draws out the feeling that reality itself is crumbling. The soundtrack to the game is phenomenal, with a soundtrack from Darren Korb (composer of Supergiant’s other smash indie hit, Bastion). It all comes together for an almost-palpable sense of depth. 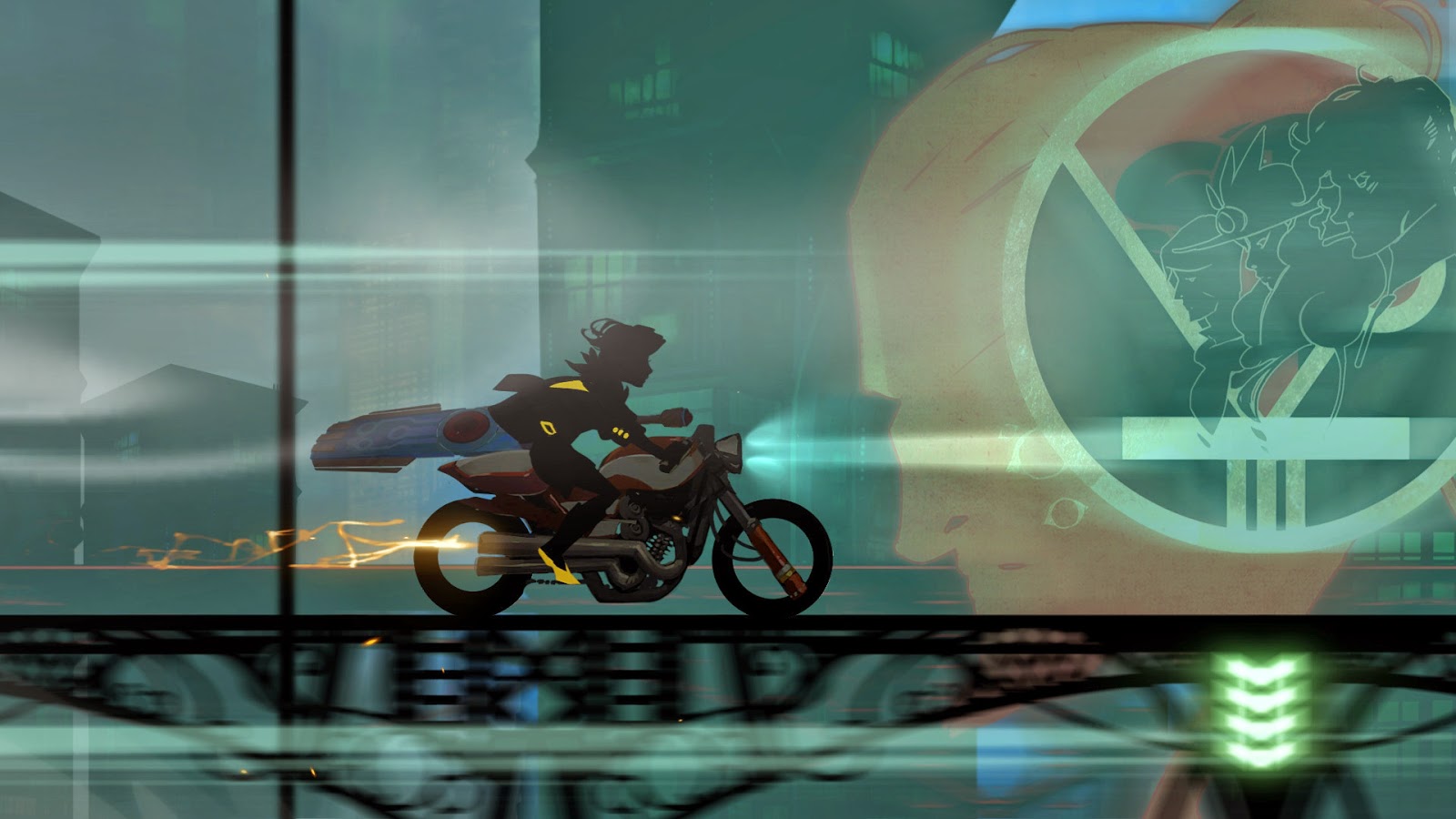 Conclusion/Overall:
Transistor is a beautiful game with a fun, addictive progression and combat systems. You’ll constantly look forward to the next battle. Unfortunately, the story is murky at best, using multiple entities and motives that are mashed together like a complex knot of yarn. Still, the overall experience is easily worth your time (and possibly more)

Transistor is a beautiful game with a fun, addictive progression and combat systems. You’ll constantly look forward to the next battle. Unfortunately, the story is murky at best, using multiple entities and motives that are mashed together like a complex knot of yarn. Still, the overall experience is easily worth your time (and possibly more)