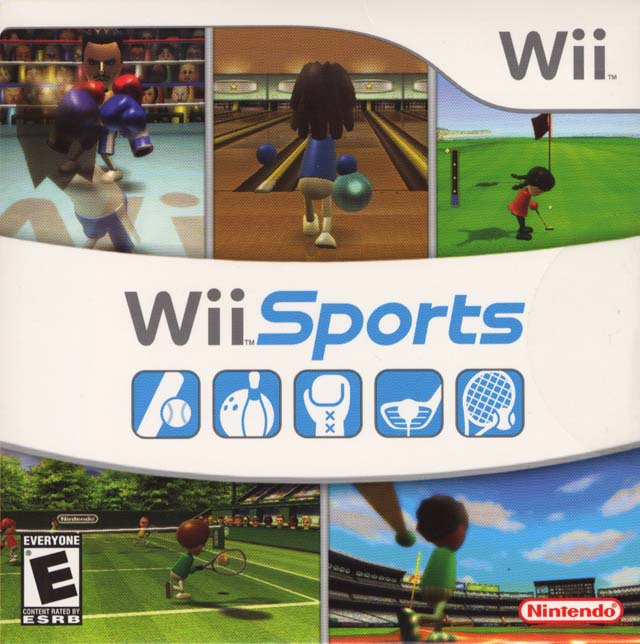 Wii Sports is the best-selling Wii game on the market.

However, that’s perfectly understandable when you take into account the fact that Wii Sports comes with every Wii console. With that said, every Wii owner owns this little game too. There’s no way around it!

A game this wide-spread and well-known deserves its own review, no?

Pick up your tennis racket/golf club/boxing gloves, and let’s jump right in!

Naturally, there is no storyline in Wii Sports.

Positive Elements
Wii Sports encourages friendly competition with its family-friendly gameplay. The entire family is encouraged to get into the contests, and a few events require teamwork when played in a two-player mode. It also gives the player an amount of physical exercise. 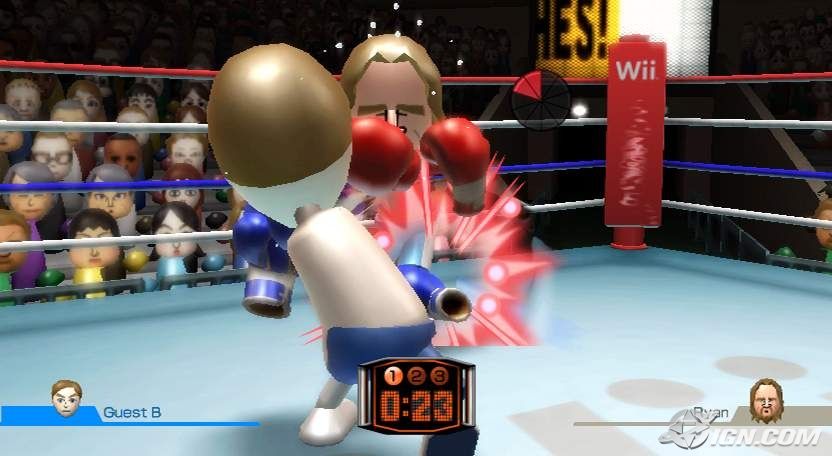 Cutscene Violence. There really aren’t any “cutscenes” in Wii Sports (going by the literal definition of a cutscene, anyway). After each event, a replay is shown. In the boxing matches, a replay of the winner’s KO is shown in slow-motion, exaggerating all of the punches. See the next section for more detail.

Gameplay Violence. The only violent sport in Wii Sports is, of course, the boxing. Players punch each other in solid, left/right strikes. When an opponent is struck, sweat flies off of that player and a conspicuous, red starburst is shown. Players crumple to the ground when KO’d and may or may not rise for another go. After a victory, a slow-motion replay is shown of the KO punches. However, at the end of the match, both players are shown smiling in the ring so you get the idea that “no one really gets hurt.”

I’ll say one thing: Nintendo did big stuff with this little game. Because it served as a sort of test demo for all other Wii games, Wii Sports would naturally be expected to have accurate virtual controls of all types.

Rest assured. It does.

About 90% of the time, the controls work flawlessly on the first swing. Tennis, for example, is the easiest of the events. Simply swing the Wiimote left or right depending on which way the ball is coming towards you. Your on-screen Mii automatically follows the ball, relieving the player of the hassle. Of course, you can always twist your swing a bit in order to better aim your shots and take advantage of the competition. 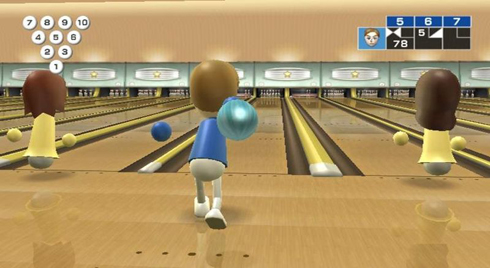 Events like baseball are a blast. Your team, made up of randomly picked user-Miis, will take turns batting (and hitting home-runs hopefully) and pitching. Depending on how you hit the ball means the difference between an out and an out-of-the-park. Pitching styles also leave room for creativity. By holding different buttons and spinning the Wiimote different ways, you can throw all sorts of different pitches.

Bowling is fairly simple as well. Line up with the pins, perform the specified Wiimote action, and release your ball for a strike (if you’re lucky).

Boxing is the only event that requires both the Wiimote and Nunchuck. By holding both controls up in a defensive posture, the player can block powerful blows and move around his/her opponent to gain the advantage. Thrusting forward with each control will cause that hand to punch. Because it is a lot more complex, boxing may take a bit longer to get the hang of than most other events. The well-coordinated and patient will pick it up quickly, however.

The only event that sometimes gets iffy is golf. While it possess arguably the most beautiful landscapes in the game, and is full of realistic courses covered with turf, traps, and hills, golf does not have consistently perfect virtual controls. Things are fine at first while you still have a long way to go before you reach the hole, but once you come within a few feet, things start getting tough. The Wiimote is not 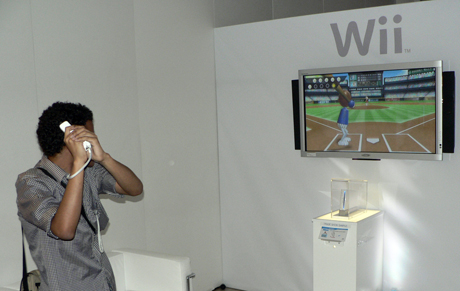 sensitive enough. With only two feet to the hole, you will be gently swinging the Wiimote in a putting motion, but nothing will happen. You’ll have no other choice than to swing a little harder, and harder, and harder each time until the on-screen character actually putts the ball… 20 feet further than you wanted them to.

The only other features in Wii Sports are the practice sessions (various events which teach the player how to play the sports found in the game) and a routine the player can go through in order to find their Wii Sports age. In the latter, the player will be put through a series of tests in order to judge how they handle accuracy, timing, and speed. Ultimately, these tests can only be taken once a day, but players are encouraged to go through the test daily in order to lower their Wii Sports age. As for the aging process itself, be sure you take it with a grain of salt. The age result definitely seems to be more-or-less accurate. More than anything else, it serves as a goal to motivate players to continue to “get moving” with Wii Sports.

For the graphical style that Nintendo was shooting at with Wii Sports, the graphics are rather perfect. A cartoony atmosphere governs all. The player-created Miis serve as the main focus of the game, and the rest of Wii Sports follows that theme. Sharp, well-crafted landscapes and arenas help make up the atmosphere. 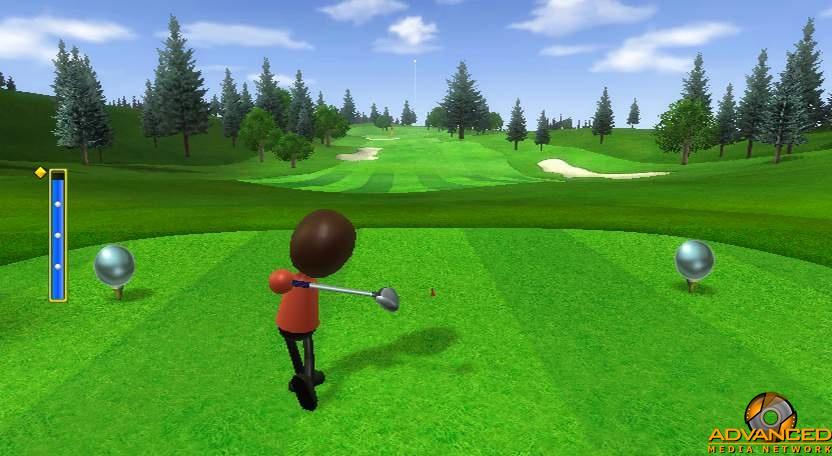 The music in Wii Sports, though not anywhere near orchestrated, is suited perfectly for the game. Lacking a corny, MIDI sound, the music conveys a feeling of relaxation and sportsmanship. The main theme has become the most memorable out of all Wii Sports’ themes.

Sounds of contact are solid and satisfying, not to mention realistic. Hitting a tennis ball sounds so realistic that it could be coming from a live tennis match on an HD television. Wii Sports contains some of the most amazing, realistic sounds I’ve ever heard from a Wii videogame.

I’ll just say it right here: Wii Sports is a lot of fun. It may lack a wide-range of content, but this is a game that everyone from kids to great-grandparents can get on and enjoy. It’s one of the few games that adults have seen me playing around on and asked if they could “try it after I finished.” In fact, Wii Sports has made its way into YMCAs and nursing homes as a means for both young and old to get active and enjoy sports.

Aside from its handful of games and two-player modes, Wii Sports has little else to offer. For being a mere test demo for all other Wii games, however, it fulfills its role very nicely. Nintendo picked the right game to include with their Wii console.

Wii Sports is a lot of fun. It may lack a wide-range of content, but this is a game that everyone from kids to great-grandparents can get on and enjoy. For being a mere test demo for all other Wii games, it fulfills its role very nicely. Nintendo picked the right game to include with their Wii console.