Bioware is known for writing characters with a great amount of depth to them. From Mass Effect to Dragon Age to Star Wars, their games have always been made or broken by their characters. This is one of the reasons the original Mass Effect trilogy excelled despite the overall plot seeming a bit generic sci-fi on paper. Meanwhile Andromeda struggled because of its lack of deep characters (though I still maintain that game was better than it was given credit). Given Bioware’s ever-growing list of well-written characters, I wanted to spend some time discussing one character in particular who deserves some more spotlight: Jack from Mass Effect. I do plan on discussing her character in depth, so beware of spoilers.

Jack is first met in Mass Effect 2 during Shepard’s search for allies to fight against the collectors. Initially, players are not told much about Jack—even her gender serves as a bit of a shock to Shepard and his/her crew. All that is really known at first is that she is being purchased essentially from a prison. The player quickly discovers that Jack is an extremely powerful biotic with a temper. She is hesitant to join Shepard, but relents when she is given access to information about Cerberus.

From this point on, Shepard can converse with Jack aboard the Normandy. She initially doesn’t have a whole lot of meaningful things to say. One of the first things she tells Shepard is that they could take up piracy with the Normandy and live like royalty. Should the player persist in taking the time to get to know Jack, she will reveal a fair bit about her past. The various crimes she has committed are discussed, as are the people she used to run with. She even explains why she has killed people in the past: “Anytime someone dies and it’s not me, my chances of survival go up.” It becomes very clear that Jack is living life in survival mode. It’s all she’s ever known because of the biotic training she was forced into as a child. Her partners in crime turning out to be untrustworthy further cements to her that one cannot trust others and must look out only for themselves. 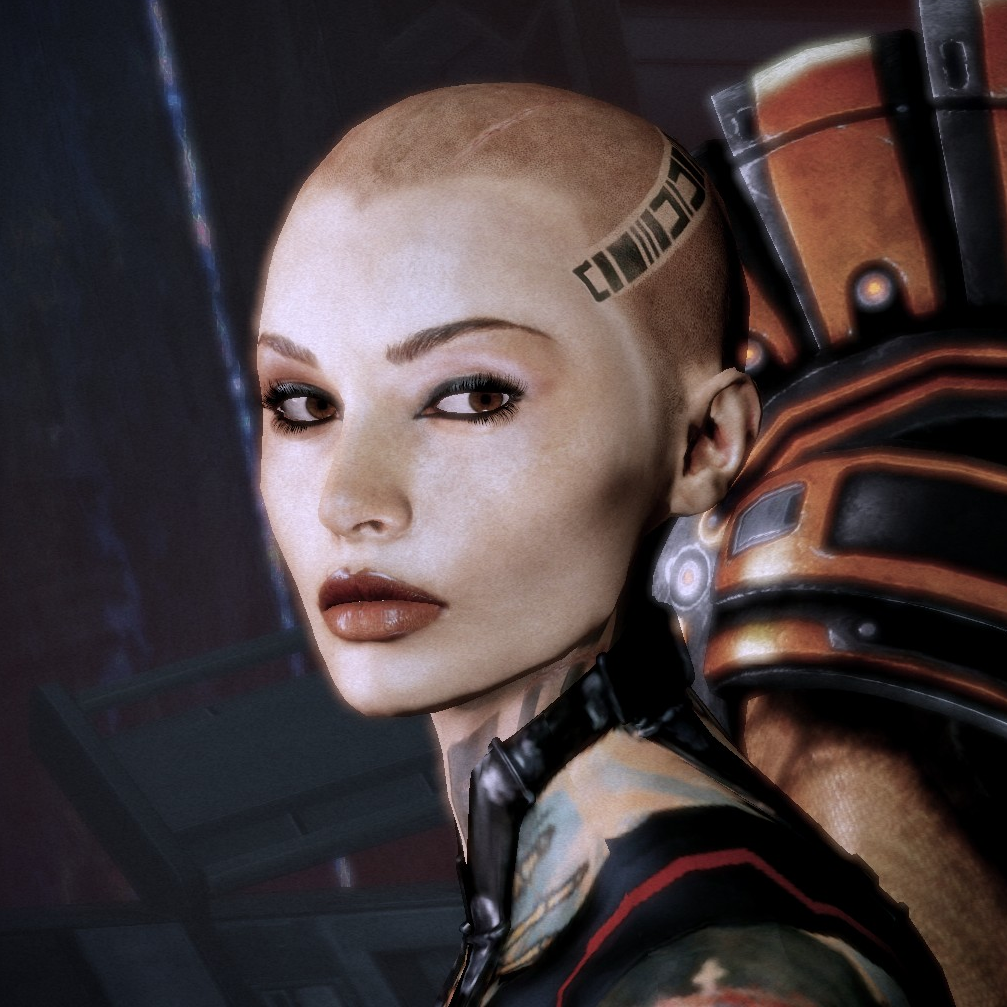 Breaking down this wall that Jack puts up is, to me, one of the most gratifying parts of the Mass Effect trilogy and it is so easily missed if the player writes off Jack’s initial harsh demeanor. Jack just assumes after several conversations with a male Shepard that he wants to sleep with her. Shepard can tell Jack that’s exactly what he wants. This is notable as being the only real “renegade” romance option in the series. While Dragon Age II had rivalry romances, the player had to be on good terms with their respective romantic interest in all other Mass Effect and Dragon Age games to lead to any sort of romance scenes. Should the player choose to sleep with Jack, she shuts down and her character arc essentially goes no further in Mass Effect 2, with Shepard just being another person in her life who used her, and not worth her time getting to know.

This one choice though adds much to the romance mechanic in general. Often, it seems like the romances in Mass Effect and Dragon Age are framed in a way in which the final romance scene, or the sex scene, is the goal. This one choice turns the whole system on its head by, in a sense, punishing the player for sleeping with Jack before actually getting to know her. It also cements just how used Jack often feels.

If the player avoids this choice, they continue to learn more about Jack, which includes her loyalty mission (the mission itself is available if the renegade romance is taken) to gain closure regarding the Cerberus lab in which she was experimented upon. Every part of Jack’s character arc in Mass Effect 2 paints her as someone who has gone through tremendous pain in her life; to cope, she has shut out anything she believes can hurt her. But through Shepard’s insistence, she can learn to trust people again. This is especially evident if a male Shepard paragon romances her and not only grows to appreciate Jack, but also to love her. 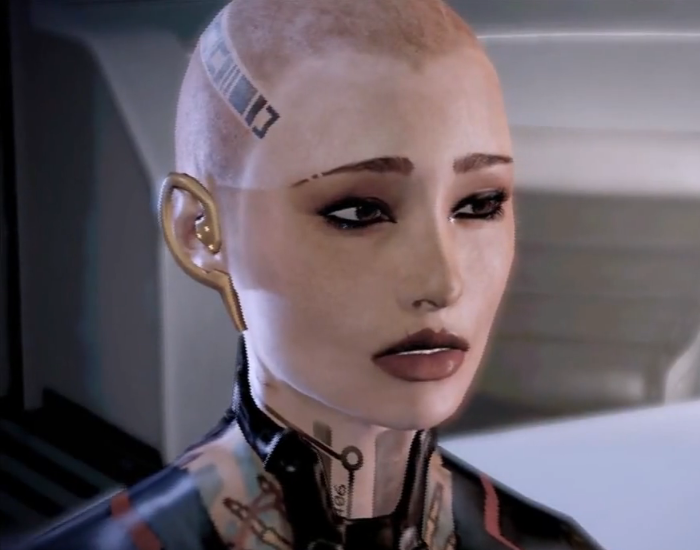 When Jack appears for the first time in Mass Effect 3, her demeanor has vastly changed. She is still obviously the same blunt, often crass character, but she displays so much more joy than before. She is honestly one of the funniest characters in the series and a personal favorite character of mine across all mediums. It becomes very clear, very quickly that she is a different person after having come through Mass Effect 2. She even notes that she blames Shepard for the fact that she is a responsible person now. ..right before making a bit of a meta joke about how bad Shepard’s dancing is.

Jack is also the only squadmate from Mass Effect 2 who has a different outfit than when they appear in Mass Effect 2. Jack’s original outfit is extremely revealing. Her top basically consists of a piece of leather across her chest. This could be just for the intent of showing off how many tattoos she has, or it could be indicative of how little Jack cares about other people’s opinions of her. Her outfit in the following game still shows off many of her tattoos, but it is a little more reasonable. To be honest, it is difficult to determine if this costume change is supposed to indicate her character growth or whether it was changed because her original outfit was kind of ridiculous and she was teaching children in Mass Effect 3, and her first outfit was the antithesis of professional.

One of my favorite scenes in all of gaming though has to come from one of her romance scenes with Shepard in the Citadel DLC. In the scene, she tells Shepard that she has a surprise for him. Shepard assumes it to be sexual in nature, but it turns out that Jack wants to give Shepard a tattoo. While she is inking Shepard, he asks her if she has ever given anyone else a tattoo. Her simple response speaks volumes about her character development and has always stuck with me: “No. No one else ever mattered enough.” In one sentence, it is clear just how much one person caring about her for once in her life, has impacted her—a fantastic testament to how one person can make a meaningful difference in the life of another. 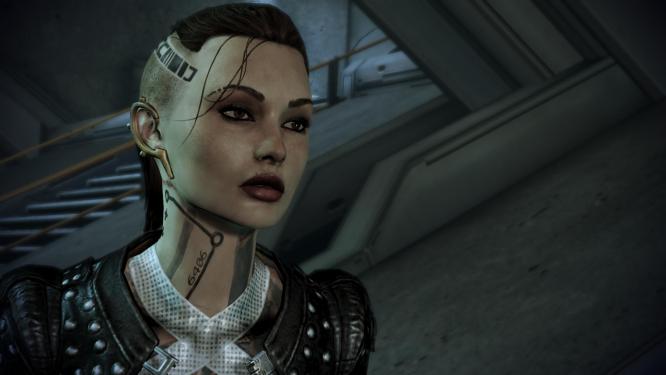 Even the scene with Jack when she isn’t romanced is great for her character arc. In it, she brings her pet varren (a space dog for the uninitiated) to show Shepard. She explains how her varren, Eezo has biotic potential and how varren that do are often neglected. She then states that she is trying to teach him that it’s okay to trust people. Shepard even notes the obvious parallel between her and Eezo.

The Citadel DLC is likely (depending on when the player chooses to start it) the last major interaction that Shepard has with Jack before the end of the game, so it’s fitting that both scenes with her—romantic or platonic—echo her brilliant character development so well. She’s an excellent character that prove just how powerful video game storytelling can be when player choice can influence so much. Her character is just another home run for Bioware.