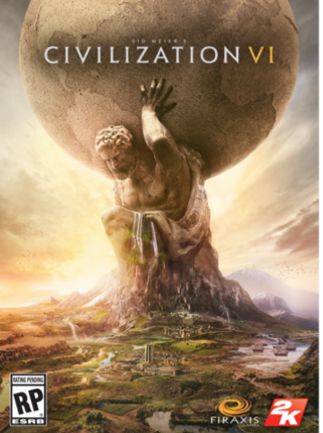 Civilization VI is a turned-based strategy game that puts you in the seat of the world’s most powerful leaders. Choose a civilization and help it grow, competing with rivals to create the best empire in the world. Through scientific study, a culture of the arts, and military conquest, it’s up to you to shape the future of your people.

Spiritual Content
It is possible to found a religion for your civilization. Doing so comes with bonuses, but every religion is treated the same—Civ VI is proselytization-free.

Violence
It’s possible to get through a game without ever having to go to war, but it’s unlikely. A large part of the game is about assembling armies and having them fight. This all happens off-screen.

Positive Content
The game is educational, and there’s a lot of real world history it teaches. 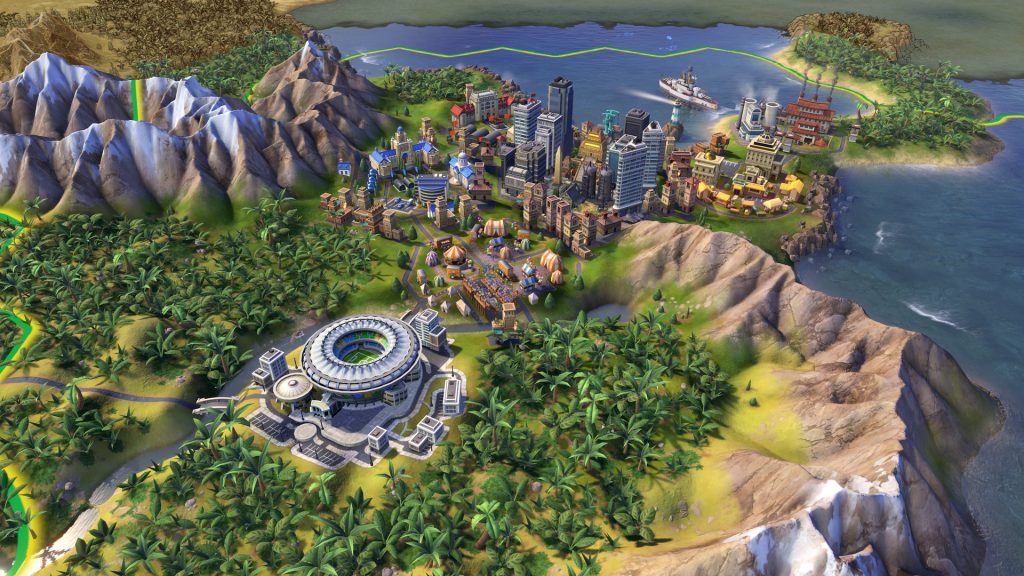 I love the smell of expansion in the morning.

Note: This review is about the base game and not the expansion, Rise and Fall.

The Sid Meier’s Civilization series are games that I have played for over a decade, so keep that in mind as I address the positives and negatives of this game. I started all the way back in the days of Civilization III, and I’ve been privileged to watch the series grow and changed throughout IV, V and now, finally VI. In that sense, this review will touch on how this game stands up against its predecessors, as well as how it stands on its own.

Civilization VI is a computer game that hands you the keys of leadership. Taking the reigns of a real, historic civilization, it is your task to make sure it thrives and grows, usually from the stone age to the information era. It’s a turn based strategy game, with an average game lasting 500 turns. That means you have 500 turns to turn your meager city into a sprawling empire.

The Civilization series is usually good when it comes to choice of nation. There are the standards like America, China and Egypt, with a few new ones like Scythia. Each one has a leader with their own bonus, animation and voice acting in their native tongue. When interacting with Japan, you will talk to Hojo Tokimune, and he will speak Japanese. One of the better aspects of this game is that there’s a better representation of leaders. There are more women leaders represented in this game than in previous titles, and it’s good to see a broadening of cultural narratives. 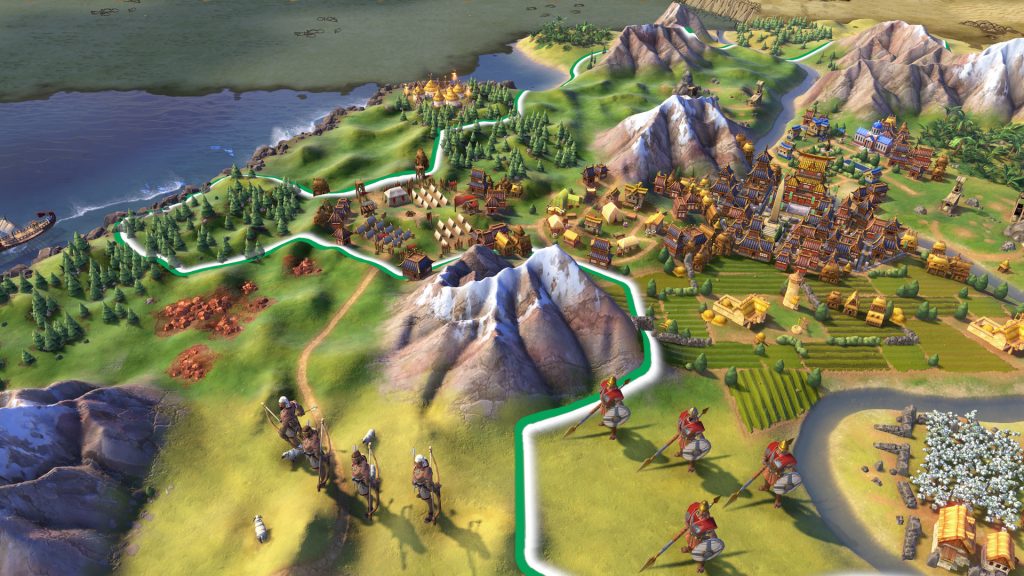 The game gives you several choices to win, and each one feels viable and suited for different types of gameplay. There’s the science victory, which requires you to research all the technologies in the tech tree, then build a spaceship. Culture victories require you to collect great pieces of art, music and literature. My personal favorite, domination, has you build an army capable of taking over the capital of every other civilization on the map. Civilization VI has a new victory condition: religion. In order to get a religious victory, you need to use missionaries to spread your religion to every other civilization.

An average game of Civilization VI will start with you founding a city, and choosing things to build. You can either build military units or buildings to improve your city’s output. This game puts a new twist on city building, and forces you to build districts outside your city’s protection in order to build more things. It’s a dramatic change from earlier game titles, and is tricky to get the hang of. But the rewards are worth it, and after a few games I preferred it to the old system, where everything could be built on one plot of land. There is now more strategy in city planning. It makes the decisions you make feel more important, as if you really are the ruler of a country. Each game you play will be different. Maps are randomly generated, and the other civilizations you share a game with will change with each new game (though this can be changed in the game’s settings if you wish). 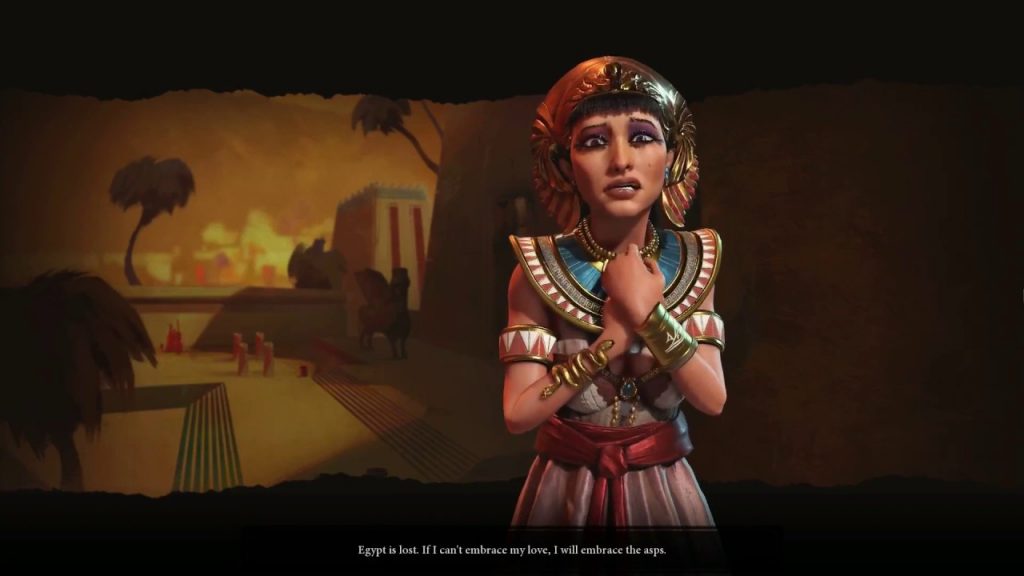 All I wanted was to trade for some salt.

Interface has always been tricky in the Civilization games. As with many other strategy games, there’s a lot of information to process, and only so much you can absorb at once. Civilization VI’s menus aren’t perfect, and are probably one of the weaker parts of the game. The real problem is with finding information about stats. In my playthrough, I often wanted information about my military power versus other civilizations, or my relationships with city states, or who was at war with who, and all this information is hard to find. Once it is found, it’s easy to comprehend, but I shouldn’t have to click through each other civilization and start trading with them just to see who has oil.

Compared to its predecessors, Civilization VI does it’s victories right. Each one feels different and unique, and (usually) are equally achievable. More to the point, each way to play is fun. Trying to get enough culture to get Beethoven to create his Symphony No. 9 is as rewarding and enjoyable of finally getting your artillery close enough to fire on the enemy city.

When the game was announced, there was controversy over the graphics, with detractors saying that the predecessor title is a better looking game. I’d be lying if I said i didn’t understand where they are coming from. The graphics “update” to Civilization V to VI isn’t really an upgrade. It’s different, but not better. Civilization VI seems a little bit more cartoony than V, and it may not be what some hardcore players are looking for. But the game is unified in its theme, and still looks good. Just different. The Civilization series has always had an amazing soundtrack, and this game is no exception. Each civilization has its own unique theme that changes as the game enters different eras. 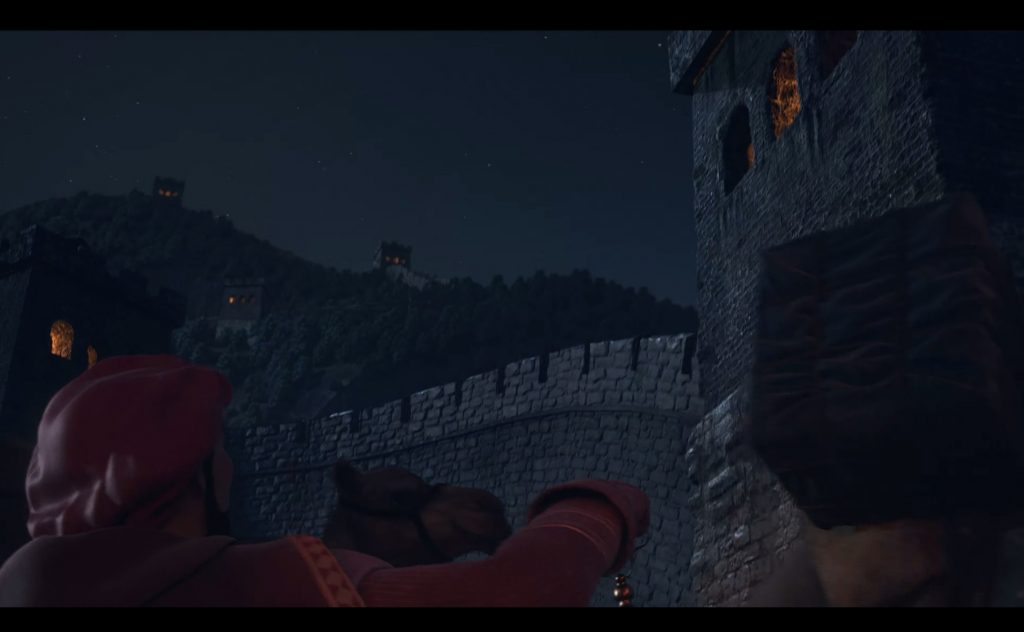 Build the Great Wall of China in Denver!

Perhaps most importantly, Civilization VI still captures the feel of the other games in the series. The new twists and turns in this title don’t detract from the experience of playing a Civilization game. The game make you feel like a king, with all the victories, duties and responsibilities therein. The game is addicting and challenging, and in the end, you’ll be saying “just one more turn.”

Civilization VI is a worthwhile addition to the series. It takes the familiar Civilization formula and builds on it to give more power to its players. Despite some interface issues, it's a great game that you will lose hours and hours in.