Cults and the Twisting of Scripture 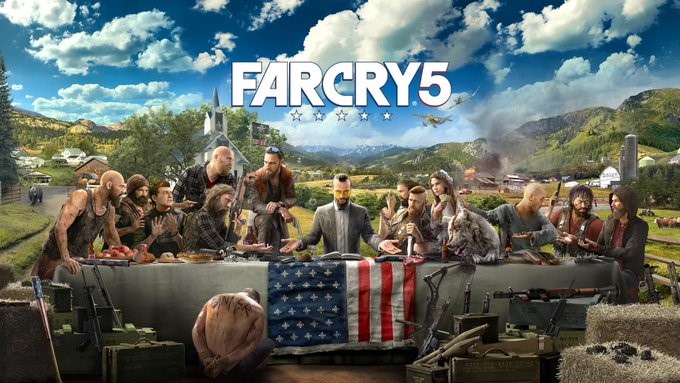 WARNING: SPOILERS FOR FAR CRY 5 BELOW! SOME POSSIBLE DISTURBING IMAGERY FROM THE CULT BELOW!

The Twisting of Scripture

God’s holy words contained in the Bible are a fount of freedom, grace, and joy that should be accessible to all peoples and nations. The passages of the Bible hold an immutable power that can change people’s lives, for both better and worse. In terms of the latter, people have used the Bible, Christianity, and the Lord’s name for very nefarious purposes. We saw this in abuses storied of the church during the Crusades, the Salem Witch Trials, slavery, and more recently, cults.

Cults, especially in the public eye, are groups of people who worship gods in strange or sinister ways. A few cults with roots in Christianity have come to the forefront. These include the Branch Davidians and those who lived in Jonestown. In a lot of cases, people with very outgoing and persuasive personalities lead these cults, and they target folks who are prone to believe the message that they are peddling. They also twist the scripture in order to push their own personal agendas. Far Cry 5 provides a recent example of cult behavior.

The Project at Eden’s Gate

In Far Cry 5, the story looks upon a cult called the Project at Eden’s Gate (Peggies). They have taken over Hope County, a fictional county that lies in the beautiful fictional Whitetail Mountains of Montana. This scene is very similar to the Rocky Mountains of Western Montana. The cult’s followers are called Peggies, and people use this term as a type of slur towards the cult. The Peggies are led by Joseph Seed and his three “Heralds”: John Seed, Jacob Seed, and Faith Seed. Joseph gave each Herald an area of the county. 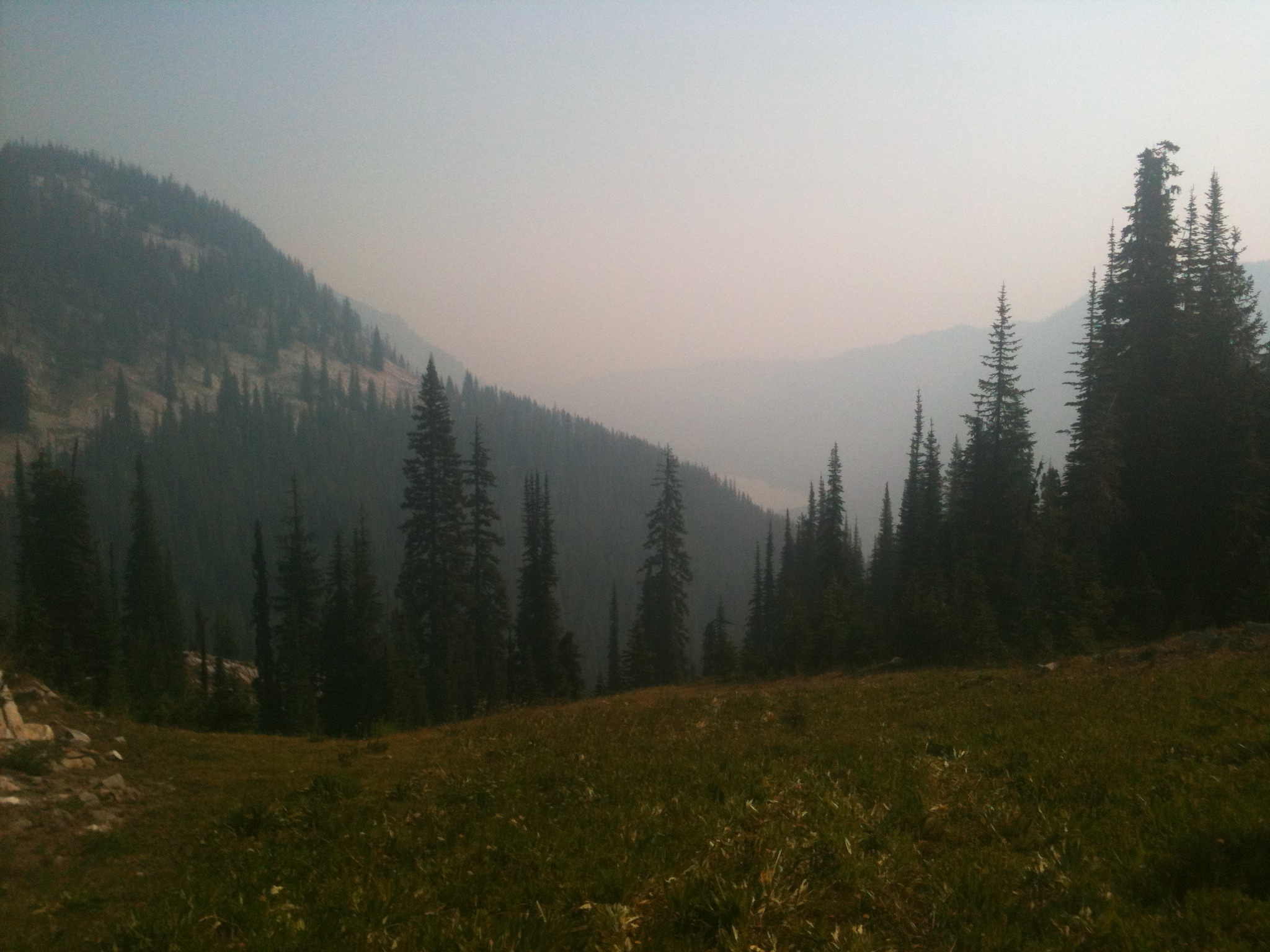 The basis of the Peggies is that Joseph Seed has prophesied about the world’s ending. He is gathering people to build a “New Eden” after the apocalypse occurs. Joseph Seed, also known as the Father, is successful in recruiting a substantial amount of people into his cult. He is successful at slowly making a presence in Hope County.

Throughout the game, Joseph spouts scripture in order to justify his actions towards the Deputy, who the player controls. He uses out of context scriptures pulled straight from Revelation Chapters 5-8. These verses describe angels opening the seven seals of the scroll during the end times and the apocalyptic events they bring. Joseph Seed states that the Deputy and the Hope County Sheriff’s Office opened the first seal of the apocalypse. These quotes allude heavily to David Koresh. The leader of the Branch Davidians believed himself able to open the seals mentioned in Revelation.

The Truth in Scriptures

A keen eye will see that Joseph, however, does not follow the teachings of Christ. He advocates for exclusion of certain individuals that don’t meet the standards he has for the cult. This is seen in Jacob Seed’s self proclaimed “culling of the herd.” Those who are not able to live to the cult’s needs usually are killed. Jesus is extraordinarily inclusive to those who come to Him.

In John 6:35-40, Jesus addresses the Jewish crowd that had remained at the Sea of Galilee. The time frame is shortly after Jesus preached and performed the miracle of the loaves and fish. During this, He tells the crowd in verse 37, “All those the Father gives me will come to me, and whoever comes to me I will never drive away.” Jesus does not deny salvation or grace to anyone. Another such inconsistency comes from one of Joseph’s heralds, John Seed, and his handling of the repentance of sins.

John Seed baptizes and helps new members of the cult to repent from their “sins.” He reigns over the Holland Valley area of Hope County, in the southwest. John helps new converts to repent by first assigning a “sin” to a person. This “sin” is generally one of the seven deadly sins: sloth, envy, wrath, lust, gluttony, greed, and pride. John assigns a corresponding sin based upon his judgments of the person whom he deemed the sinner. For example, John assigns the crime of wrath to the Deputy for their actions against the Peggies. John then carves the person’s sin into their flesh. When the person repents, John subsequently cuts that part of skin out as a physical manifestation of said repentance.

There is no part of scripture that states that repentance must be a painful procedure. One does not even need to make animal sacrifices since Jesus was crucified and resurrected. This practice alludes to the real life practice some Christians perform called mortification of the flesh. The defenders of this practice point to a few verses, one of which being Colossians 3:5-8. This verse reads:

“Put to death, therefore, whatever belongs to your earthly nature: sexual immorality, impurity, lust, evil desires and greed, which is idolatry. Because of these, the wrath of God is coming. You used to walk in these ways, in the life you once lived. But now you must also rid yourselves of all such things as these: anger, rage, malice, slander, and filthy language from your lips.” The peggies likely took verses such as this out of context and believed that literally cutting the sin from your flesh was a path to righteousness.

Today’s Christians, however, take this verse to be a figurative death. We do not literally kill the temptations of our flesh through self-harm. We resist the temptations and do not put ourselves into situations in which we become overwhelmed by said temptations. Through the help of the Holy Spirit, we can successfully resist the temptations of the flesh. We do not need to physically hurt ourselves to prove our cleanliness to God. Jesus, during his ministry, never pushed folks into painful and intentional injury to themselves for repentance. In fact, Jesus spent a lot of time healing those who were hurting, both spiritually and physically. Advocating for self harm thus would be a conflict of what his mission was on Earth. 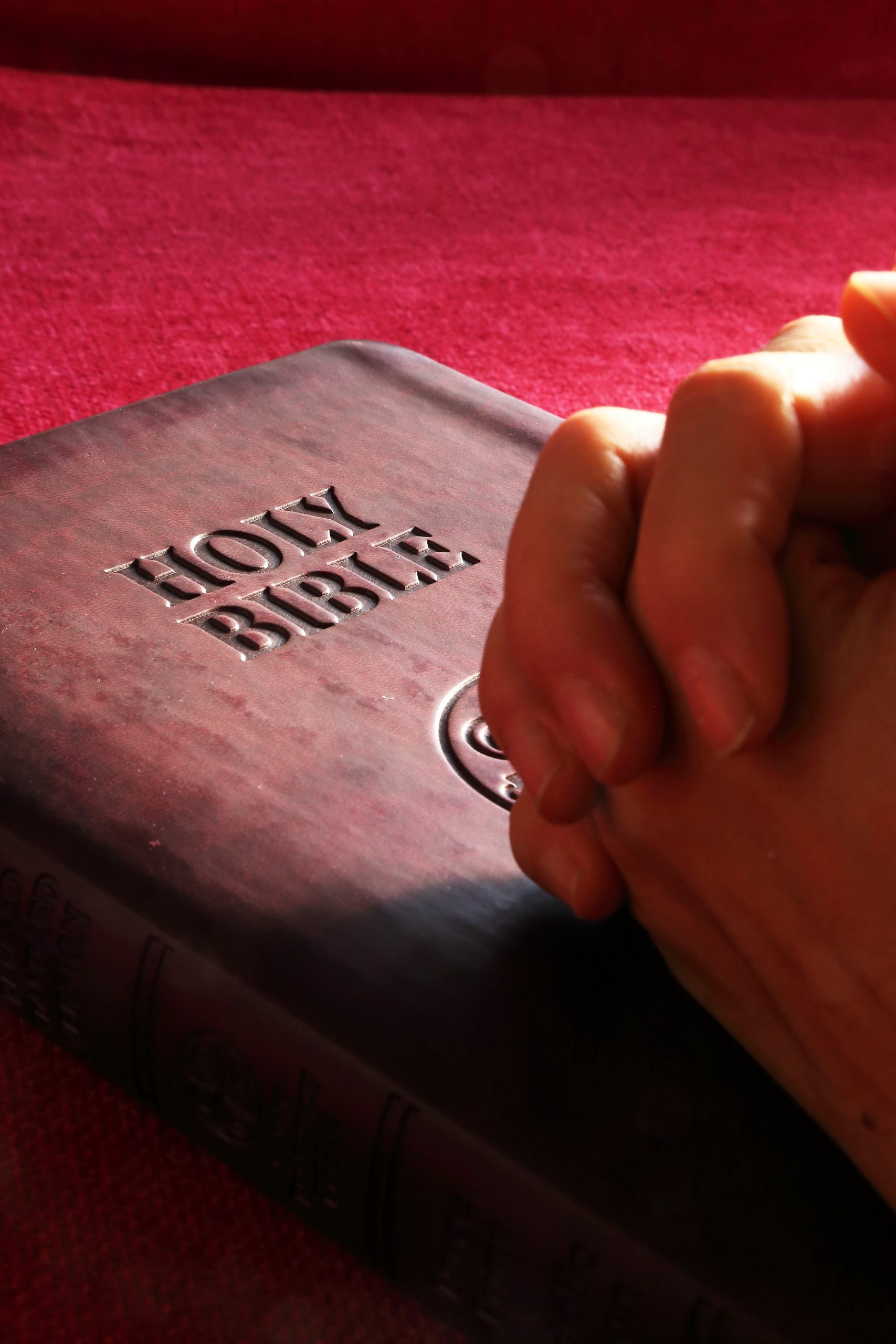 It is paramount we go to the scriptures ourselves!

How could this have happened?

A lot of people in Hope County are dumbfounded at how much ground the Peggies have acquired. How could people believe the words of the Seeds? How could they read the tainted and cherry-picked biblical passages of the Book of Joseph—Joseph’s holy book he penned himself—and believe them? Unfortunately, this happens in real life, as well.

People like David Koresh and Jim Jones also were successful in recruiting people into their cults. While their factions were not quite like the Project at Eden’s Gate, terrible things still happened within their walls. However, many others misuse the Scriptures for power. Political leaders, dictators, and even our pastors can misuse scripture to ensure obedience to their cause. People believe the evil that comes from these antichrists because they do not understand the Bible.

The best defense is knowledge and wisdom

In Far Cry 5, in the town of Fall’s End, Pastor Jerome Jefferies has a particularly useful scripture on his church sign. 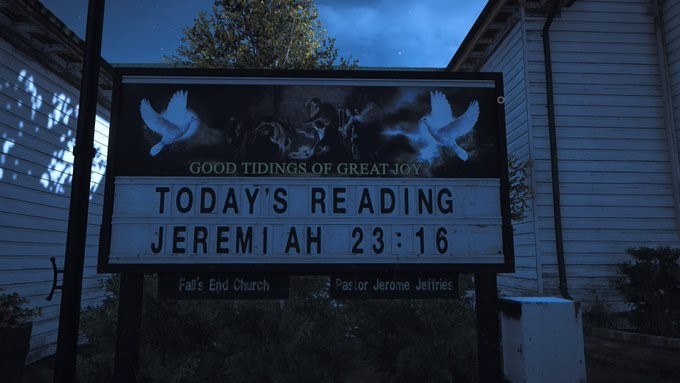 “This is what the Lord Almighty says: ‘Do not listen to what the prophets are prophesying to you; they fill you with false hopes. They speak visions from their own minds, not from the mouth of the Lord.” Jeremiah 23:16.

As Christians, we must be wary of people who would abuse the Scriptures for personal gain, like these cults. The easiest way to do this is to meditate on the Scriptures. Read them, dwell on them, and seek counsel in their meaning from trusted sources. These sources include well received Biblical commentaries and pastors or other mature believers who hold steadfast to the scriptures.

We also must go to the Scriptures when people speak of them. We do this to ensure what is being taught truly represents God’s message to us. We also must urge our brothers and sisters in Christ to do the same. God gave us the Bible so that we may genuinely seek Him and His Truth. Also, that we may discern good from evil, and protect ourselves and our spiritual families from those who mean harm.

In Far Cry 5, Pastor Jefferies can be considered one such trusted source. He knew what Joseph Seed was preaching. In fact, he met with Joseph to discuss the Peggies’ plans. Pastor Jefferies knew that Joseph was pushing dangerously bad theology and tried to lead people away from Joseph’s cult. There are good pastors and good veteran Christians who can, and will, lead folks down the true path of our shared faith. They know and understand the Bible, and hold Jesus’ message close to their own hearts.

In 2 Timothy 3, Paul is talking to Timothy about the decline of people into evil. Paul finishes the chapter by telling Timothy that he can remain steadfast in his knowledge of the Scriptures against those who would deceive and become deceived. Paul ends the chapter by stating that: “All Scripture is God-breathed and is useful for teaching, rebuking, correcting and training in righteousness, so that the servant of God may be thoroughly equipped for every good work” (2 Timothy 3:16-17).

My brothers and sisters, I urge you to continue to pray over the scriptures. Please study them and understand them in the way God has intended. Go and find mentors in the faith, pastors and veteran Christians who can lead you deeper into the truths of our faith. Do this so that we can not only become better Christians but so that we can discern those who truly mean to do good from those who intend to do evil.