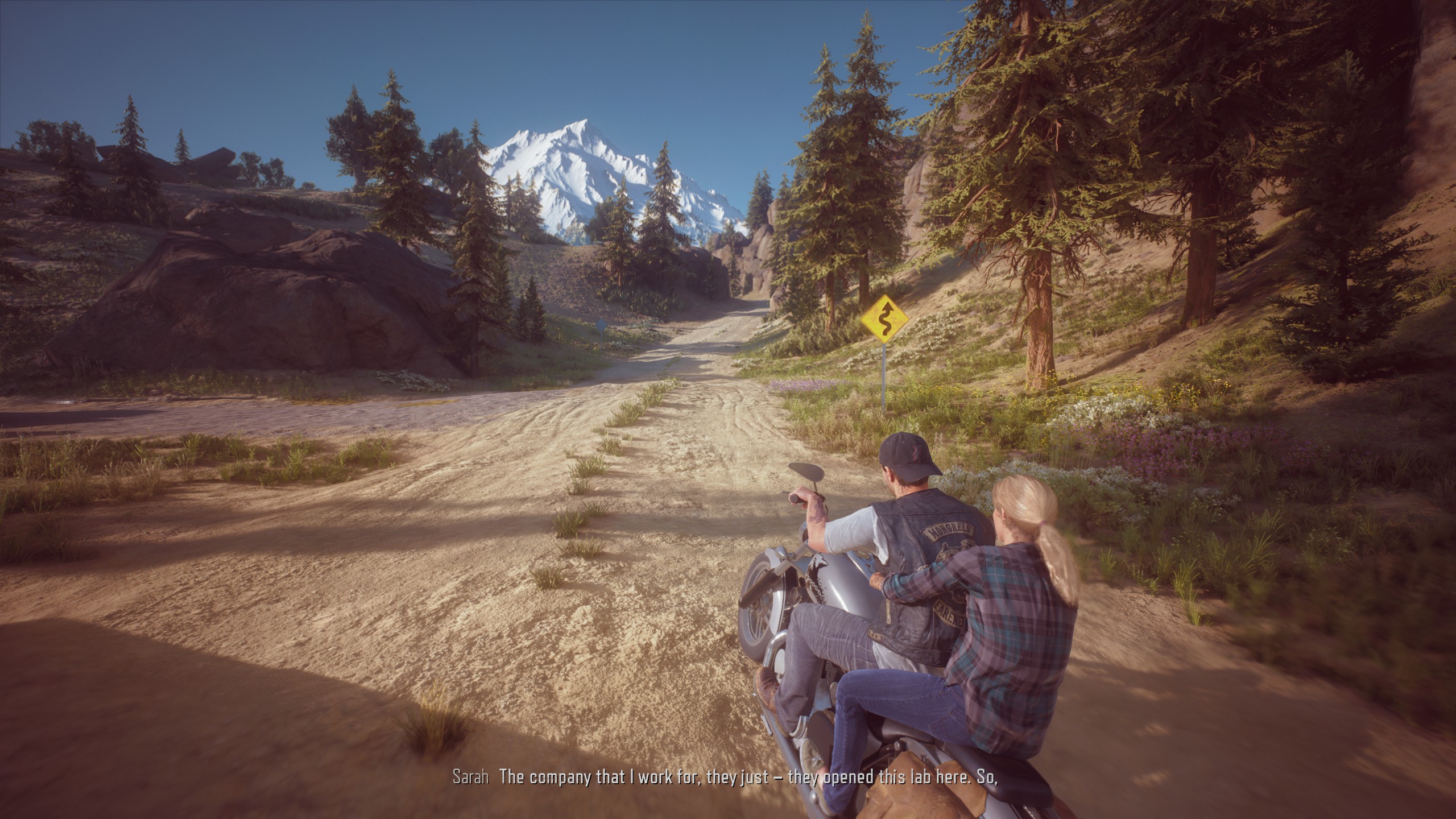 I wish I could have activated photo mode during this beautiful scene.

After granting permission for Guerrilla Games and Kojima Productions to port Horizon Zero Dawn and Death Stranding, respectively, to PC in 2020, the industry took notice. 2019’s PC port of Detroit: Become Human at first appeared to be an outlier, yet the company behind the PlayStation brand appears to have joined the PCGMR! Its latest intellectual property to join the growing library of PC ports is Bend Studio’s (once known as Eidetic for old-school Siphon Filter fans) Days Gone. 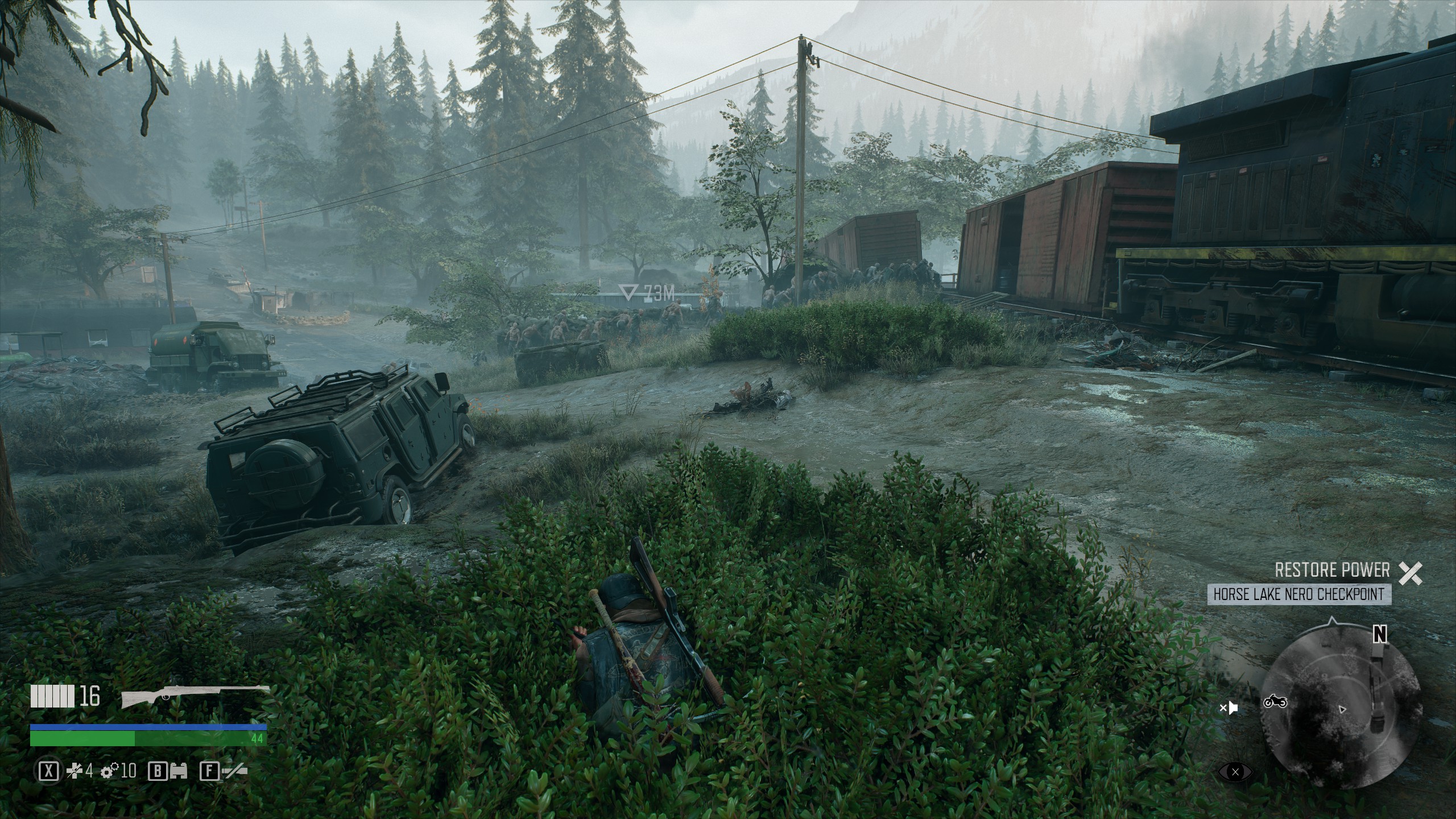 My first encounter with a horde. Ok, this is the cover art I remember from the PS4 edition of the game.

I am glad to see it. After all, 2019 was an all-time year for gamers, but a cutthroat time for developers. I do not think I am doing Days Gone a disservice by saying that it arrived sandwiched between two GOTY candidates, Sekiro: Shadows Die Twice and the aforementioned Death Stranding. Additionally, the entertainment industry seemed to be experiencing zombie apocalypse fatigue as The Walking Dead’s popularity winded down and Capcom turned toward an appeal to nostalgia with Resident Evil 2. 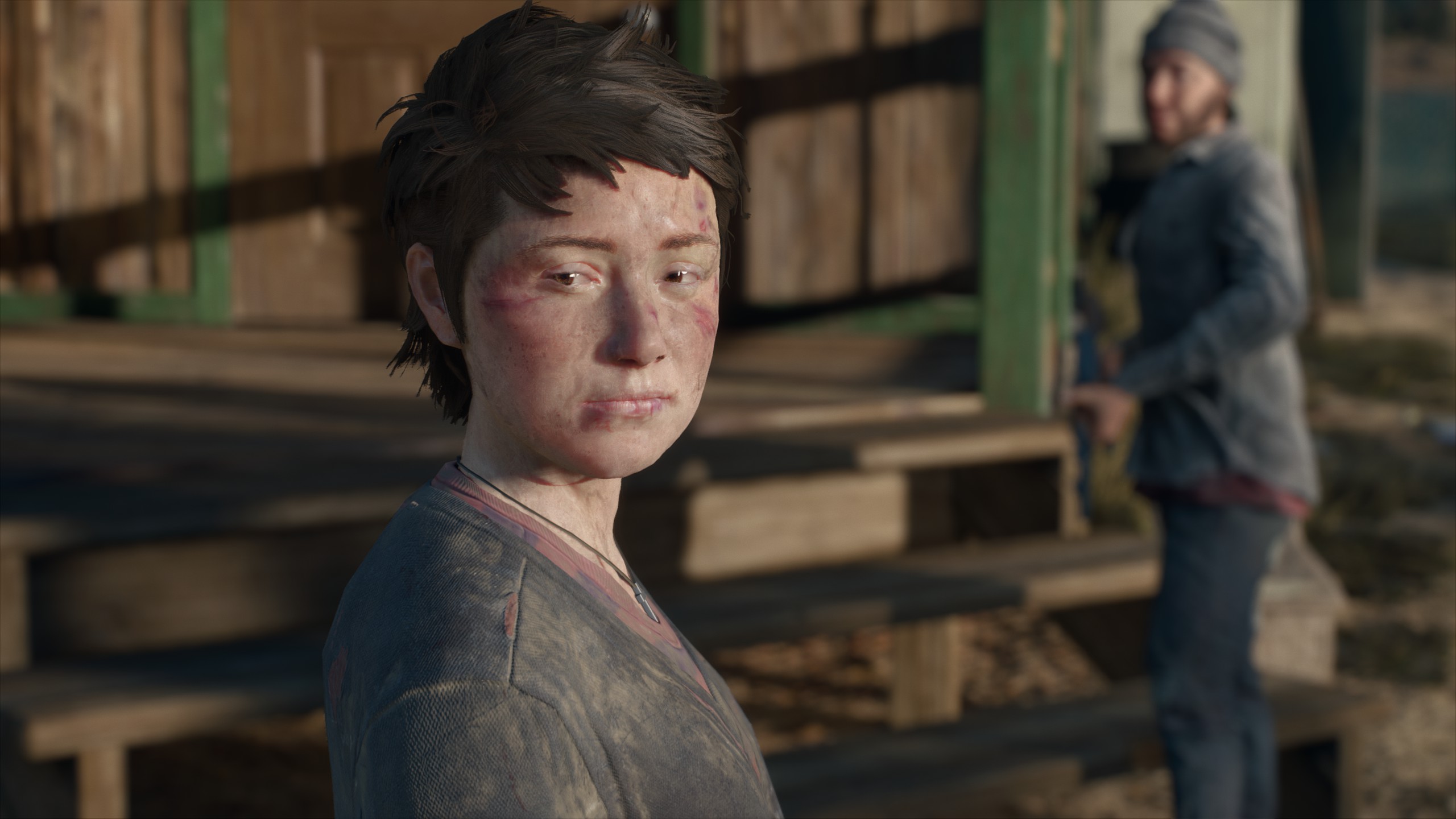 Some survivors wonder why they should.

Right off the bat—like a weapon protagonist Deacon St. John would use against the Freakers—fans and newcomers alike will notice that Days Gone easily eclipses 60 fps before touching any graphical settings. In other words, this port already surpasses HZD at launch. On my system (Ryzen 5 5600X; RTX 3090), I was able to achieve a casual 170 fps. A deeper dig into graphical comparisons to the PS4 (or PS5) version of Days Gone reveals a clear upgrade in textures on PC. This is most noticeable when zoomed in to things like license plates, character clothing, hair, and motorcycle details. I was able to increase my field of view up to 100, which is what I prefer for first and third-person games. The particularly fastidious may notice how this port takes advantage of the latest version of Unreal Engine 4, where SSGI renders higher quality shadows for on-screen assets. 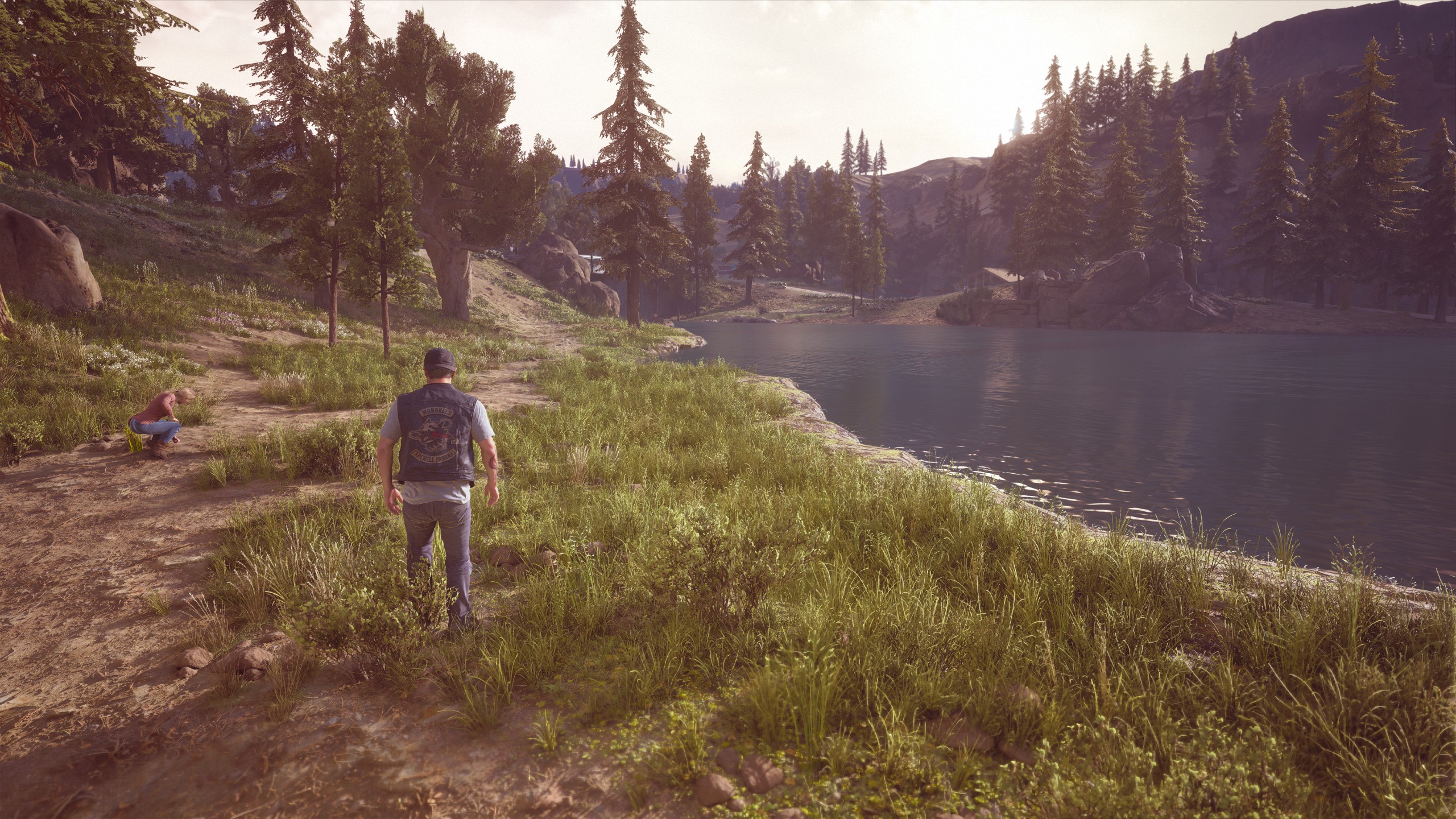 My attempt at photo mode. I wanted to capture the characters as well as the shore.

While I am no fan of playing as a gruff, hardened protagonist who would rather save everyone from the apocalypse than go to therapy for his own pains, I find the gameplay in Days Gone its greatest strength. This is because many of its elements are immediately recognizable, as they appear to be inspired by Far Cry 5, Red Dead Redemption 2, and Metal Gear Solid V. Stumbling upon a Freaker horde on my way from a main quest mission to a sidequest, stealthily outsmarting it, and eviscerating their nests is very satisfying. I am also no fan of biker culture—especially cruisers; where are my sports bikes? Honda? Yamaha? Kawasaki?—yet there is something oddly satisfying about joyriding to objectives, topping off at gas stations that never exhaust their fuel reserves while Deacon’s bike does because of arbitrary video game rules. I enjoy the sensation of preparation as I earn the trust of camps to unlock new weapons, gear, and craftables. 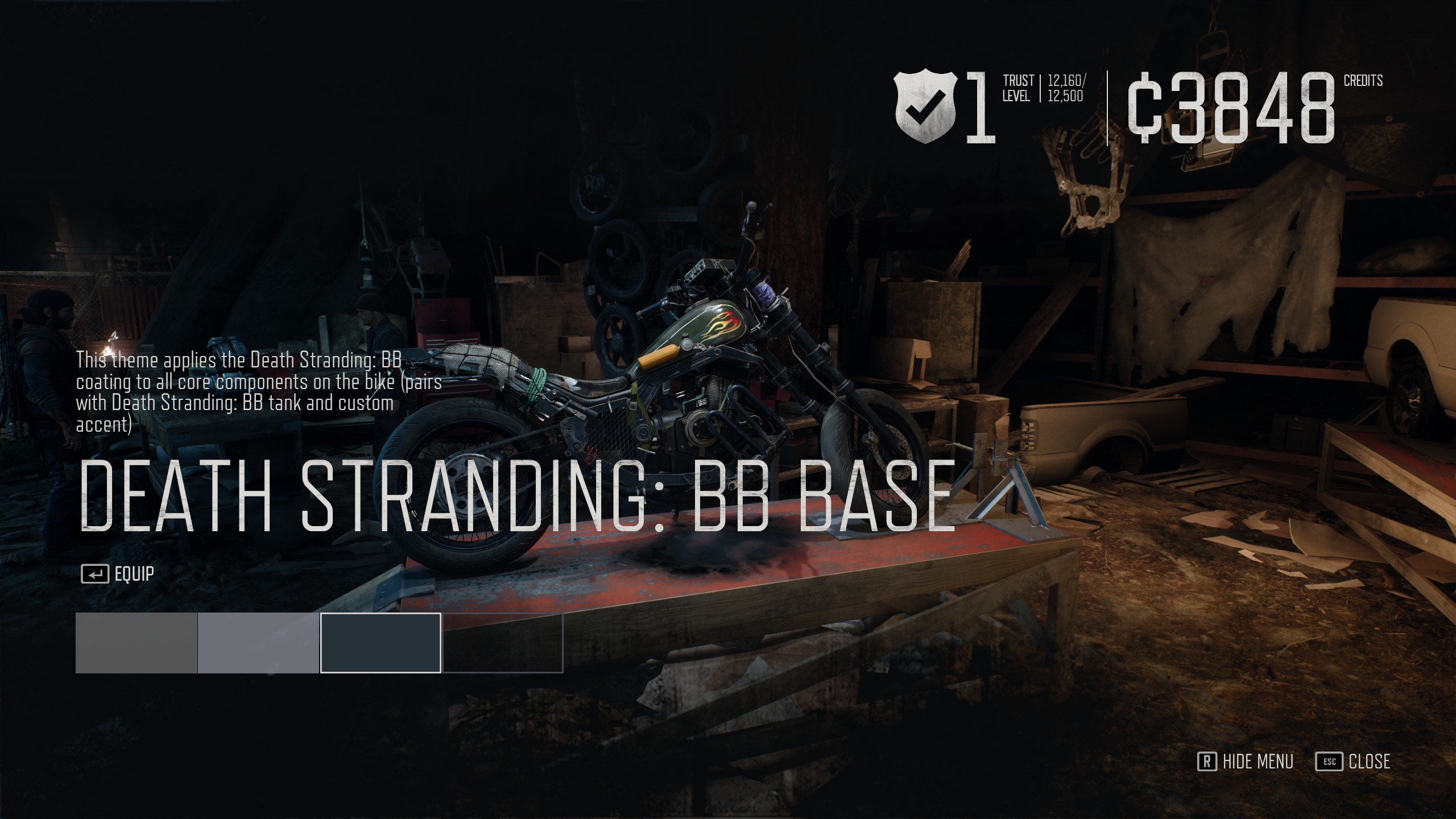 There is also an HZD decal in addition to at least one other Death Stranding decal. I like how these games “speak” to each other in this way.

Impressively, Days Gone did not chug or stutter during transitions between cutscenes, or when the game renders thirty Freakers for a horde. With the exception of the initial boot, fast travel, or manual loading, load times are non-existent. Strangely, I only experienced two stutters during inexplicable times, negligible events in consideration of the twenty-five total hours I have spent with the game thus far. Because Days Gone is, overall, an excellent port, I am hoping that it earns the reception that Death Stranding did on PC in 2020. 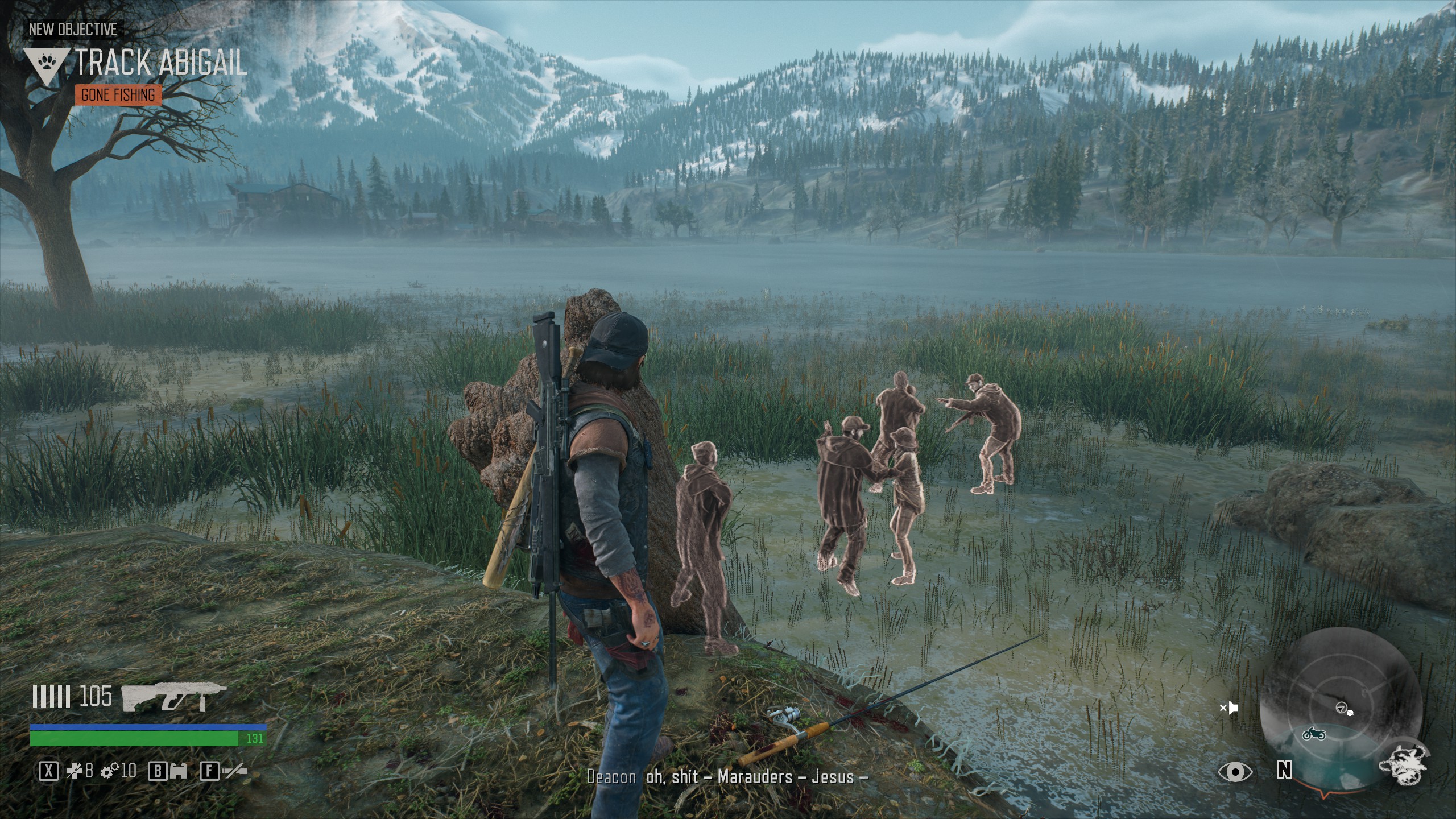 The stories in Days Gone are brutal, though not as bad as they could be. 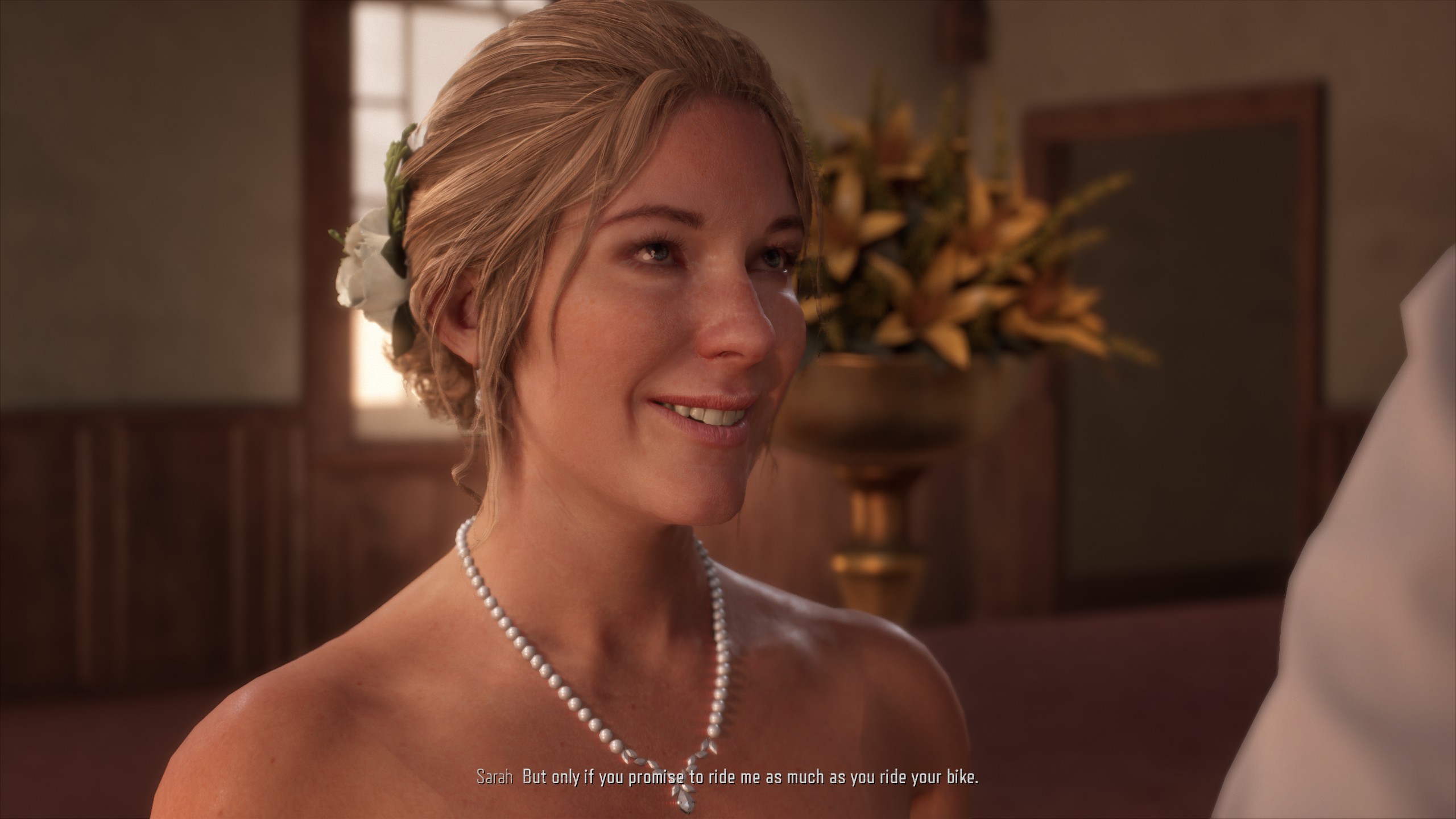 Oh MY! THAT didn’t make it into our content guide the first time around!