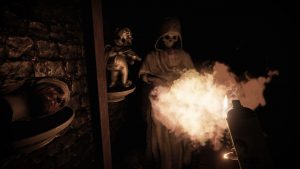 Don’t Knock Twice is a first-person horror game loosely based on the 2016 film of the same name starring Katee Sackhoff. You play as a mother trying to save your estranged daughter from a vengeful, demonic witch called Baba Yaga. As with most horror games and movies these days, you never know if there are true scares to be had.

Violence: You can choose to attack the witch near the end of the game. Blood is seen on impact. Blood is seen a number of times outside of a simply the context of violence. 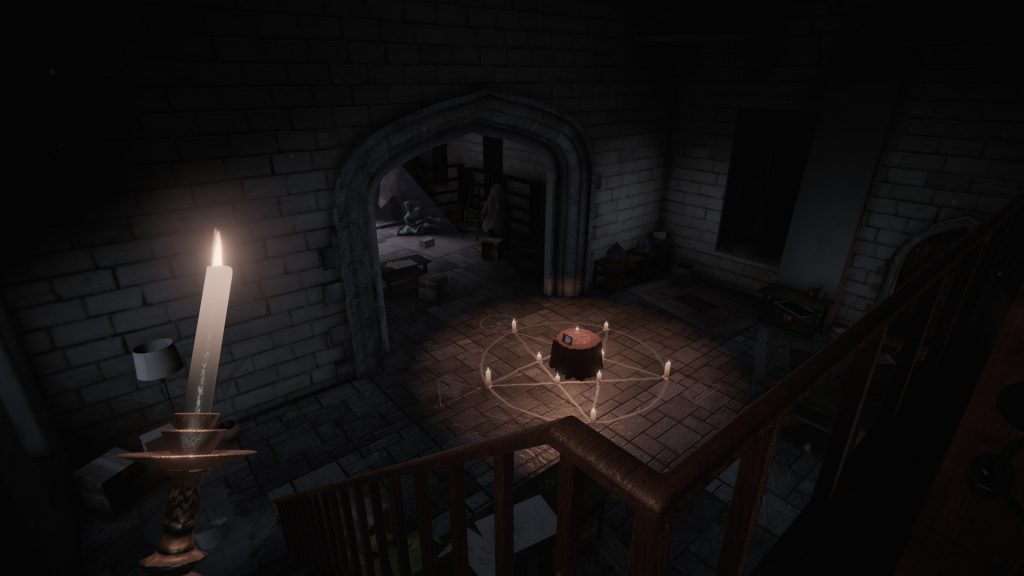 Language: F*ck is said multiple times in text messages sent to you from your daughter.

Spiritual Content: Supernatural forces are the driving force behind the plot. You fight against a witch, who might have been summoned through a pentagram. You find items important to your daughter as a way to use and interact with said pentagram.

Horror is a hard thing to get right. You have to get the atmosphere and characters believable, you have to time the scares on the right beat, and you need to pick a subject that people are truly scared of. All these things must be done correctly so your audience will not feel any safer than the protagonists in their media. Don’t Knock Twice does these things almost correctly. 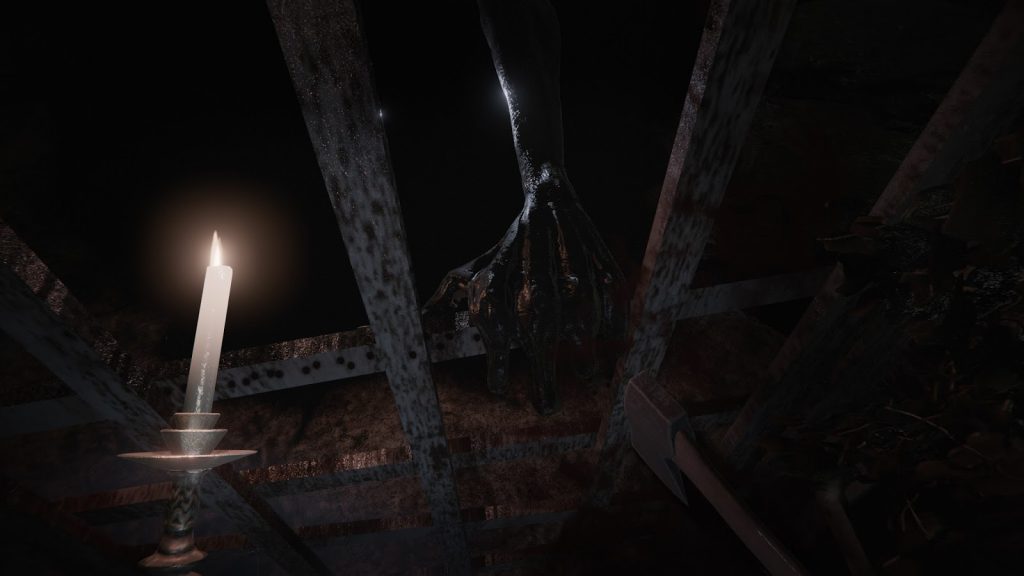 As sure as there as the love of God on us, there will be white people messing with the supernatural in fiction. There is that one urban legend in a small town that most believe in to a degree; the ones unwilling to leave well enough alone decide to tempt fate and bring the bad on themselves and their friends. This is what happens in Don’t Knock Twice. You daughter and her friends are assumed to have performed a ritual to summon Baba Yaga. There are no signs of her friends—only her. You start in a lounge area when the power goes out. You soon receive text messages from your daughter and find her being taken from our world. This is within the first 10 minutes of the 2 hour experience of Don’t Knock Twice. 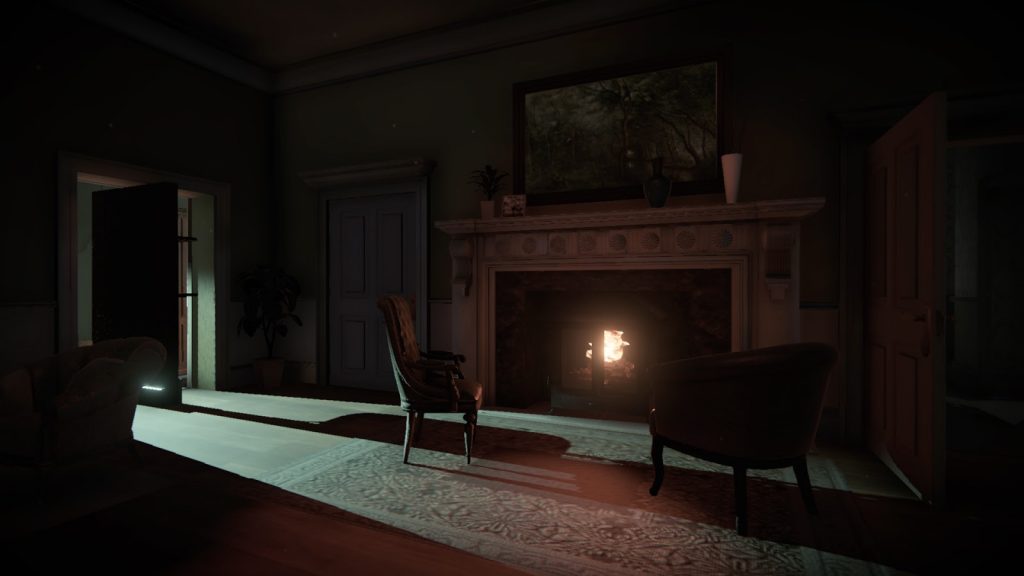 As listed above with how to do horror right, you need the correct atmosphere. When you start in the lounge, it is all nice and cozy. Once the power turns off, the spooks begin. There are not a lot of jump scares in this game like most horror media in recent years, but the environment provides the spooks. This is nice, but also not so nice. While there is a lack of actual jump-scares, the ones that do happen are cheap and predictable. You can always tell it is going to happen and does not feel earned in the slightest. 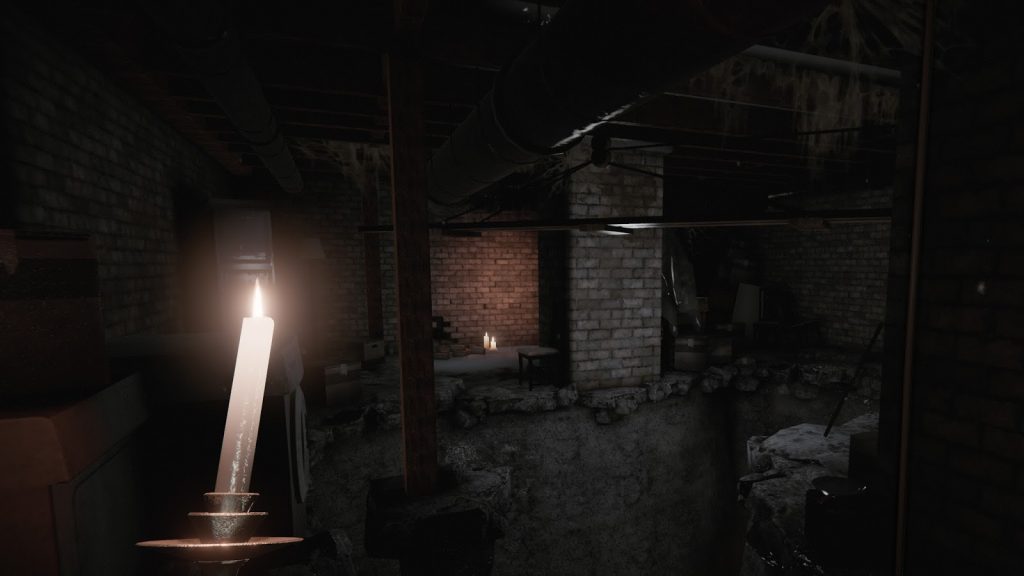 There really is no case to establish the humanity of the characters. The context of the relationship between the person you play as and your daughter is nonexistent. If I had not looked up the film or the game online, I would still have been lost and theorizing about who I was, and why spooky things are happening. All you get are messages sent to your phone from your daughter you see for not even a total of 3 minutes. Then there are messages that the witch writes written in blood to you claiming the characters as her property. There are family photos and journal entries written by the characters spread throughout the house, but none of them make the relationships clearer.

When the supernatural comes in a horror film, it is usually an urban legend. Given the roots of Don’t Knock Twice in the UK as a movie, I would presume this legend to be much more terrifying to people of London or Wales,  where this game was made. Outside of Spirited Away and the John Wick franchise, I had never heard the phrase Baba Yaga used in reference to an urban myth. There would be more fear in me had I known these things beforehand. Old houses can be creepy though, and the game’s setting helps with that. 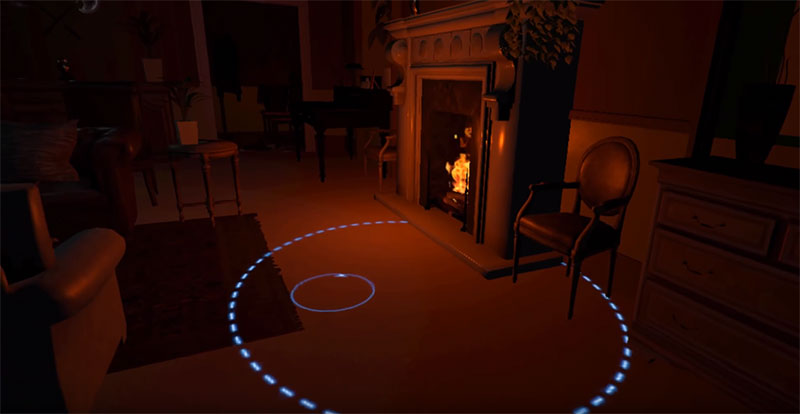 Virtual reality can be used to play this game, and it helps make the game creepier. The things that were a few feet away on your television are now all up in your business. This helps make things feel more real, but there are some drawbacks, too. All of the text used for reading diaries and messages is blurry and hard to read, and the controls take you out of the immersion. When you are not using VR, you walk around using the left thumbstick like in every other game, but when it turns on you have to hold a button and look to “teleport” your field of vision in the desired direction. This pretty much takes you out of the game experience every time you move.

Things would be more tolerable if you could have the option to move freely and switch between standard and VR like in Skyrim VR. The interaction buttons are strange as well. You have to grab the door and push or pull it open using the right thumbstick instead of just moving to open it. When having items equipped, you will occasionally drop what you are trying to use because the buttons are mapped differently than every other first-person game out there. Most of the controls themselves are not even explained to you when you play in VR.

All of these things could have been better implemented. The horror itself is nearly there, but the asinine controls, mediocre VR use, and lack of an explained backstory or lore hold Don’t Knock Twice back. There could be a fantastic horror experience somewhere under all the junk, but the pieces just can’t find a way to fit perfectly together and end up a jumbled up mess.

There is a great horror experience somewhere here; it is just under metric tons of bad design choices. Don't Knock Twice is not worth knocking for.