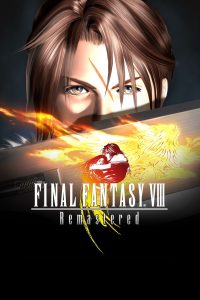 There is no doubt that Final Fantasy has been one of the biggest names in RPGs/JRPGs since the first Final Fantasy defined the genre way back in 1987. The series today has fifteen numbered titles and over twenty spin-offs to its repertoire. Of all these games, however, the one that spawns the most mixed feelings is Final Fantasy VIII. Is Square’s most controversial Final Fantasy title worthy of a remaster? 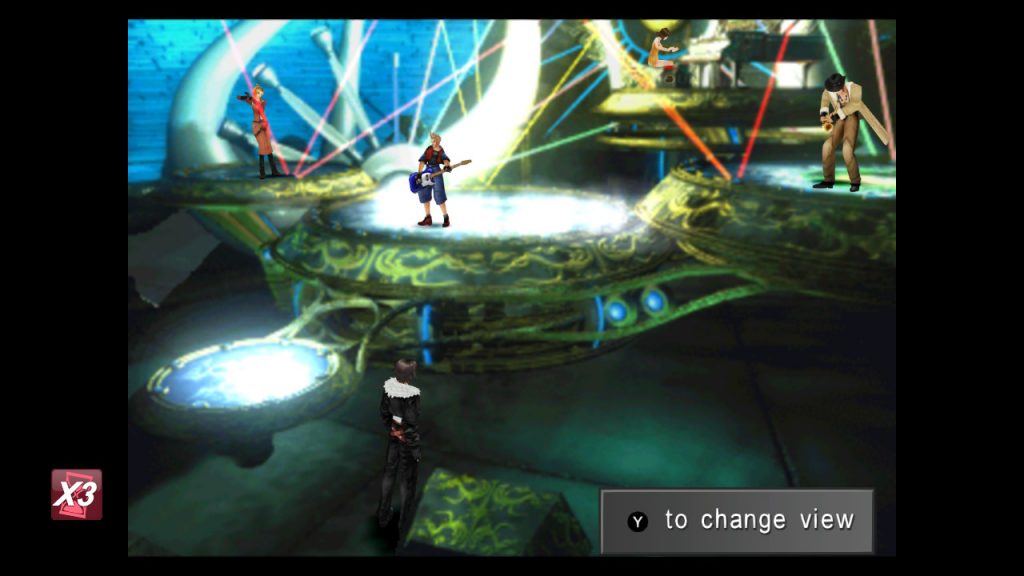 Violence: Combat is an essential way to survive in a Final Fantasy world full of monsters and corrupt soldiers. The game includes various weapons such swords, whips, guns and the most awesome weapon ever (in my opinion): the gunblade. The characters in the story are military, so there is often talk about war and assassination. There is also blood.

Language:  The game is all text so none of the words are actually spoken, but there are some instances of the words “damn”, “hell”, “a*s”, “bastard” and “b*tch” thrown into the dialogue, though seldom.

Sexual Content: The core story arc is a romantic plot. While there may be some hints of innuendo, there is nothing graphic shown. Some women also wear revealing outfits, but there is no nudity.

Drugs/Alcohol: There are instances where you run into drunken people, as shown in their dialogue. 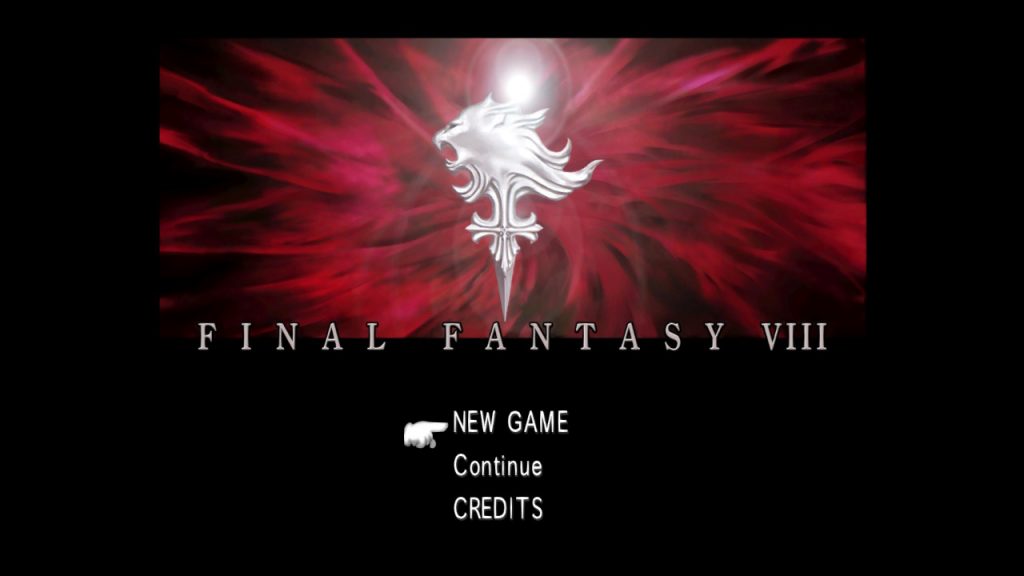 Final Fantasy VIII takes place in a world simply called “The Planet.” You play the part of Squall Leonhart, an upcoming Cadet in a mercenary base known as Balamb Garden with the goal of becoming part of the elite group known as a “SeeD.” SeeDs are an elite mercenary group who are able to wield powerful sorcery allies known as Guardian Forces.

The game starts out in a duel with a fellow mercenary named Seifer Almasy who nearly kills you during the battle. You end up in the infirmary where you are visited by your instructor Quistis Trepe who informs you that you need to finish your exam to become a SeeD. This exam also serves as the game’s tutorial. Once completed, you head out to the battlegrounds to pass your field exam. This is where you meet your Mike Tyson-wannabe partner Zell Dincht. The two of you are to head out into the battlefield led by your squad leader…who turns out to be none other than Siefer, the guy who nearly killed you earlier. 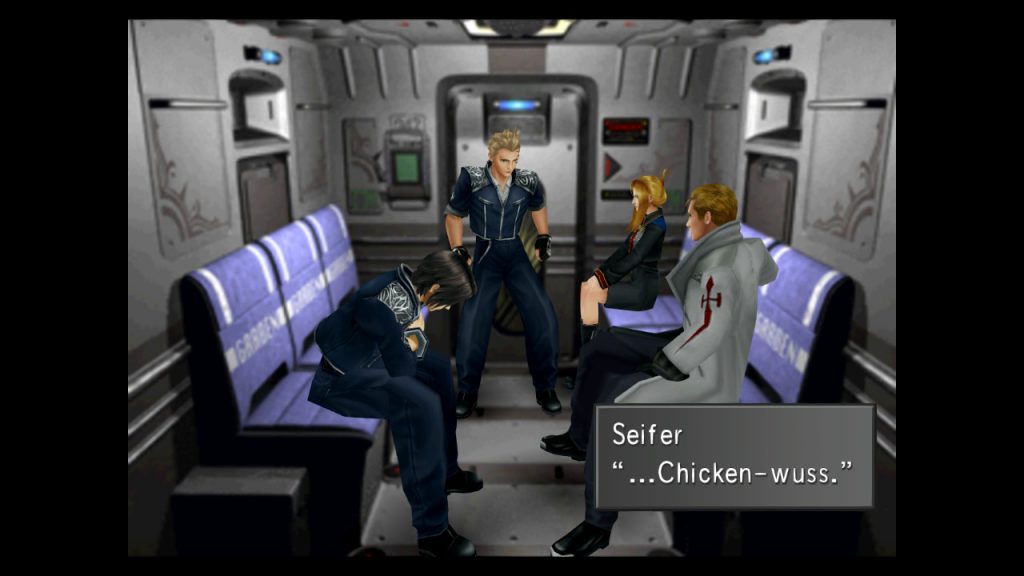 This guy Seifer has insults.

Upon finally becoming a SeeD, Squall teams up with Zell, Quistis and Selphie Tilmitt to carry out special operations assigned by the SeeD’s headmaster. Squall and his team meet up with Rinoa Heartilly, the head of the Forest Owls faction, who lays out a secretive plan to work together in an attempt to abduct the president of Galbadia. Little do they know that the dangerous sorceress Edea is in a position to take advantage of their little scheme and threaten to plunge the world into war… 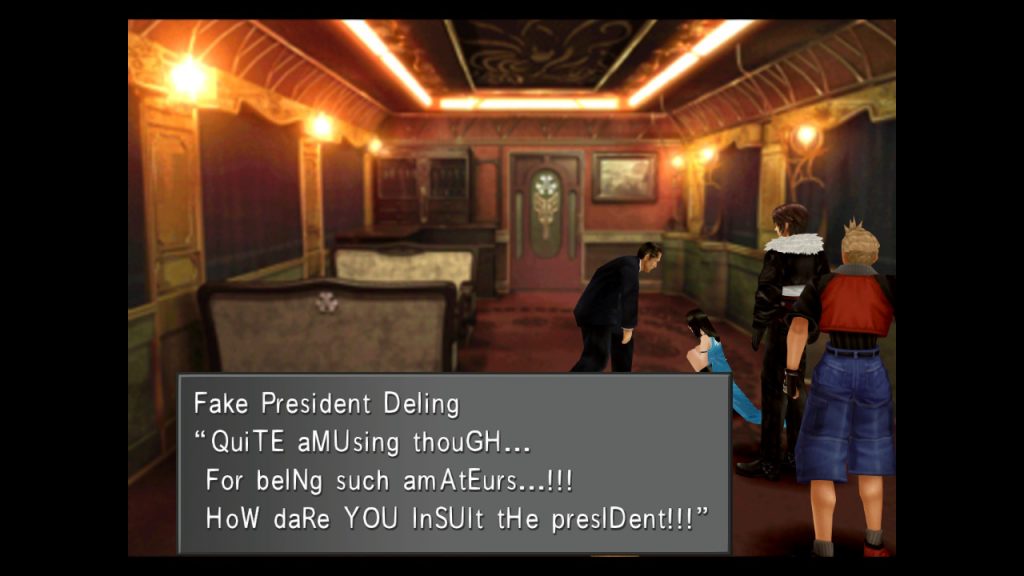 Hipster President did it before Spongebob

The core story itself is excellent, although sometimes confusing to follow due to a number of flashback sequences and discussions about various sorceresses throughout the game’s timeline. In my story overview, I purposely left out details to avoid twists and spoilers, but I will mention that it all does tie together at the end. 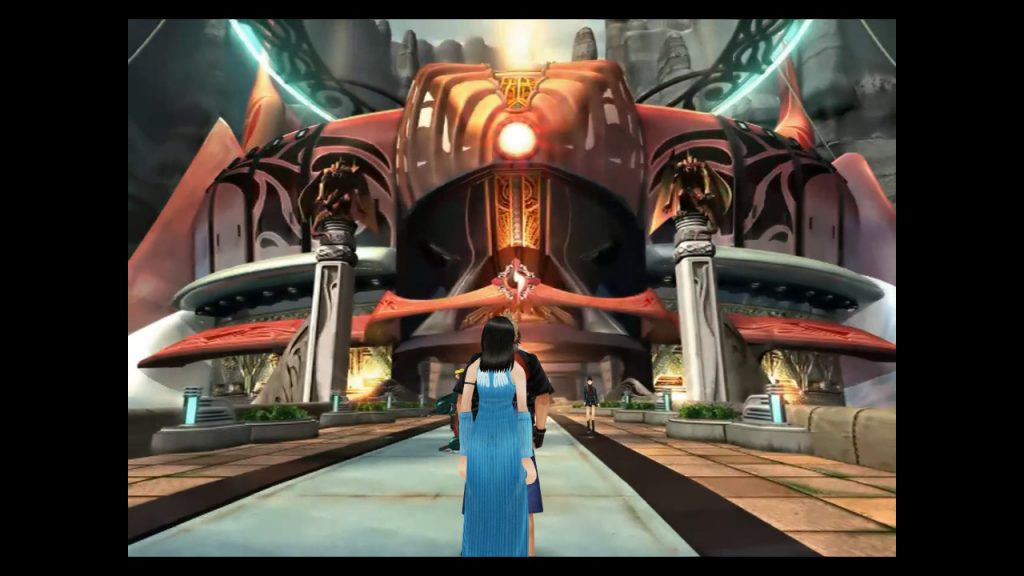 Though the main story itself is interesting, the sub-plot is what most people mention when you talk about Final Fantasy VIII. This involves the main protagonist Squall in a romantic story arc with Rinoa. Squall has a very hardened personality where he feels everyone needs to look out for their own selves and problems, and not be burdened by others. Rinoa falls in love with Squall throughout the game and tries to break him from his shell. Not only does this provide an excellent side story, but it shows true character development for Squall, who changes from someone who simply follows orders to someone who follows his heart—a theme that proves important during the game. 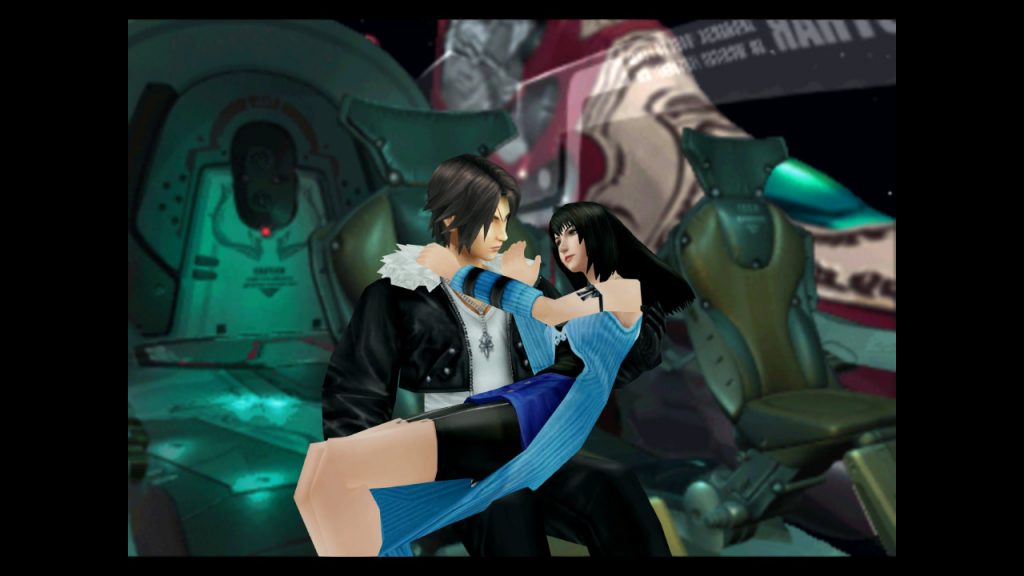 You may be wondering after reading through this so far: what makes this game so controversial? The answer lies in its gameplay mechanics. The Final Fantasy games are JRPGs at heart so you can expect it to have a lot of similar mechanics including turn based combat. Which range from your attacks with base weapons, items, magic and your character’s special limit breaks. 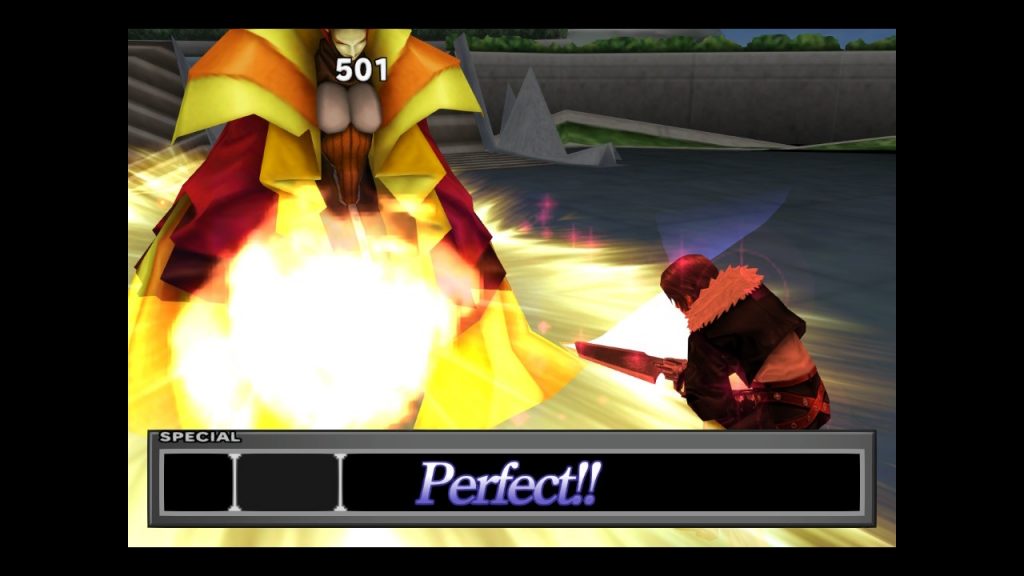 What separates the eighth installment from its predecessors (and even its successors) is the game’s Junction System. Guardian Forces play a large role in this title, even down to affecting your character’s abilities in combat. Essentially, you are leveling up Guardian forces and slotting their abilities and magic into your character’s attack, defense and magic stats. This can affect your resistances, attack power and even your health. You also need to draw magic from draw points or enemies to junction them for special boosts or resistances. I found this system to have a very steep learning curve and also to be quite tedious, for there were times I would forget to junction character’s abilities and end up only being able to use “attack” in battles. 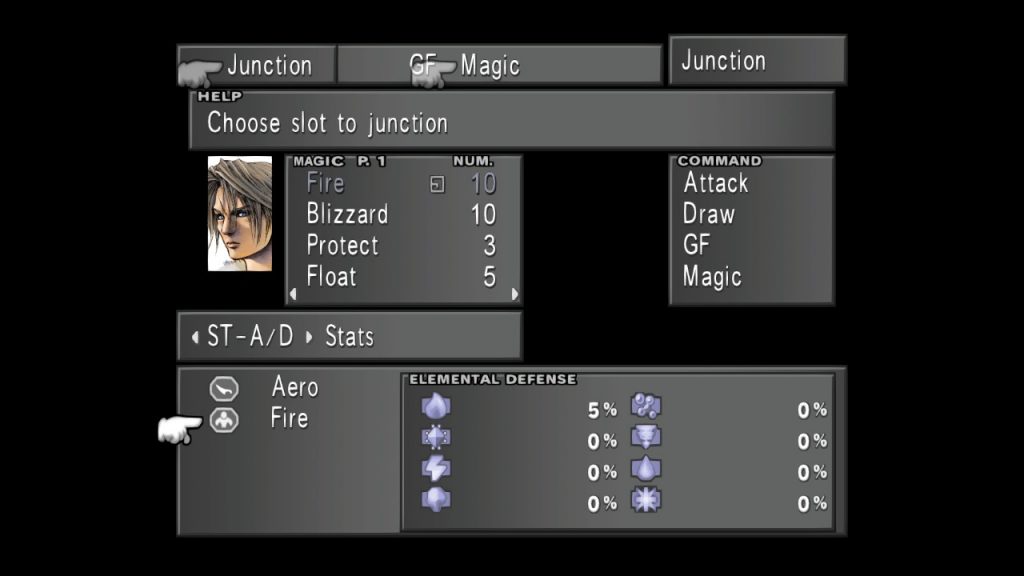 This is what you’ll be staring at for a nice portion of the game.

I’ve looked up guides online, and those who are able to master it have quite an easy time with the game. But playing through for the first time, I found the game to be very difficult and frustrating at times. I cannot tell you how many times I’ve had to reload and re-junction my characters so I stood a chance. 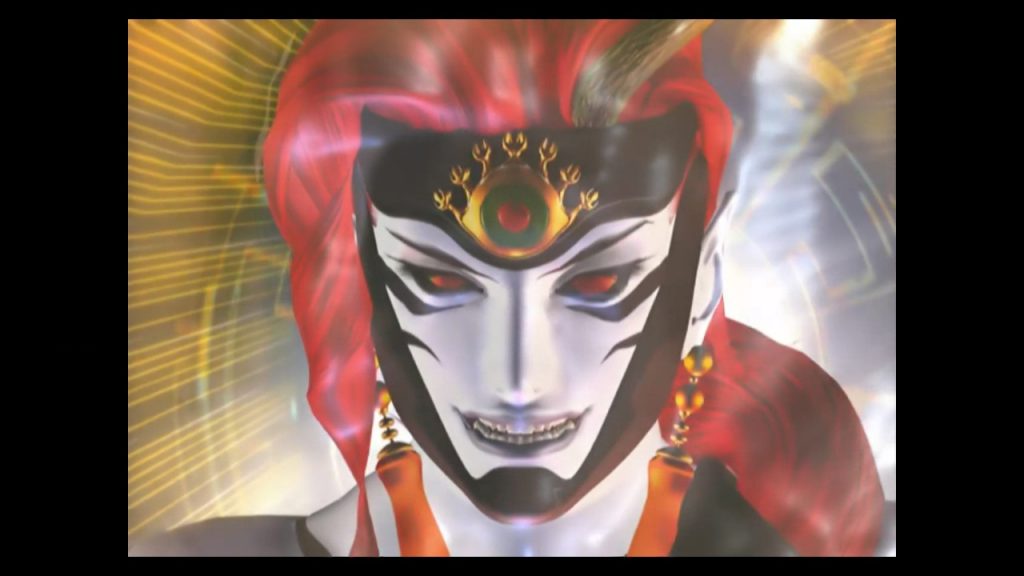 MFW I forget to junction before battle

Another way this game differs is that the enemies scale with you. This doesn’t make the game much easier because while they do scale to your level, if you are not making proper use of the game’s junction system, you’re still going to have a tough time. 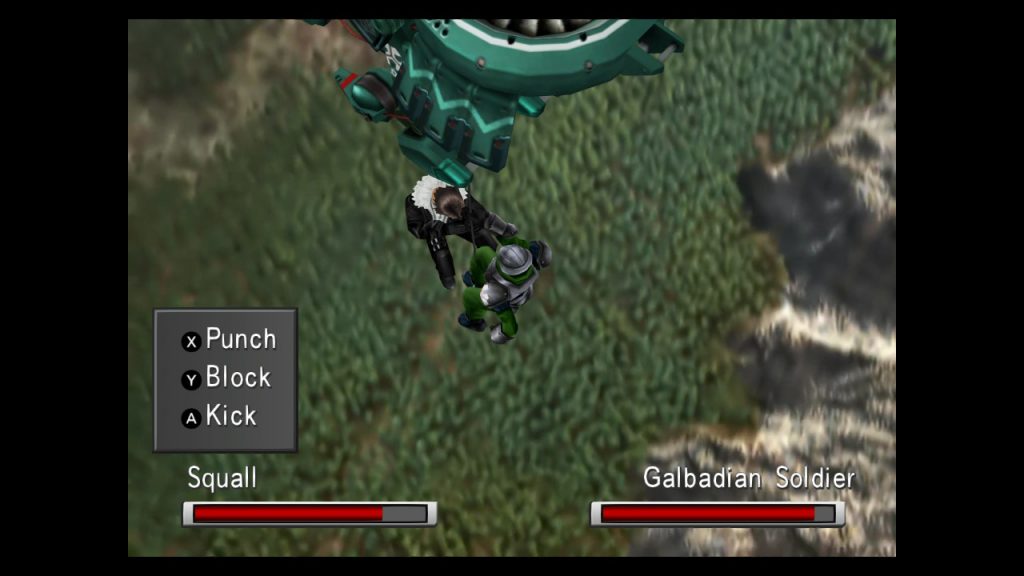 There are also some cinematic battle scenes such as this incorporated into the game. While I don’t deem them necessary, they are much welcomed.

Throughout the game, you may come across cards through various means. These cards can be used in different ways, such as obtaining items, refining magic to junction to your character, or playing  the built-in minigame Triple Triad. 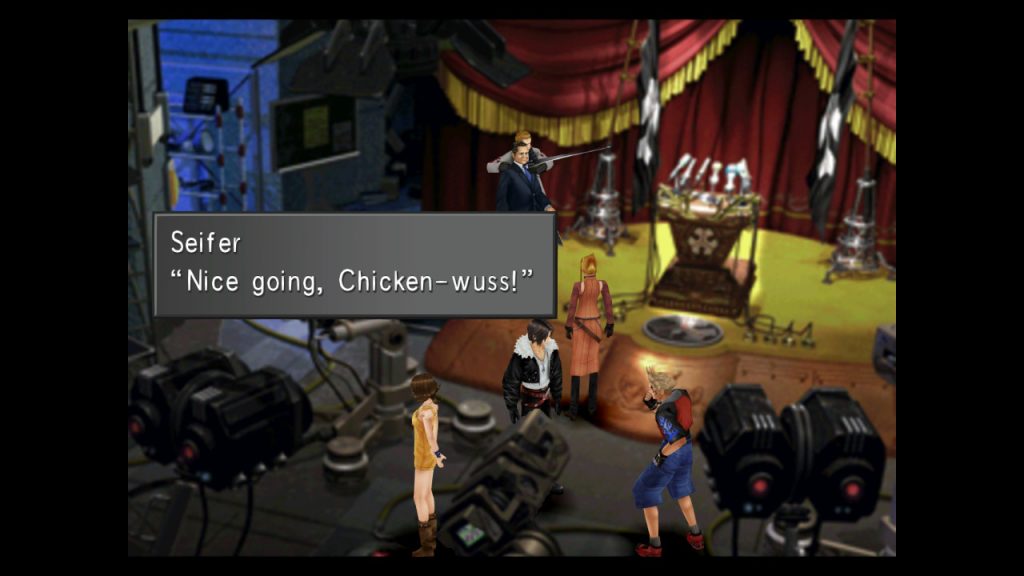 The game is basically a 2v2 card game where the objective is to have the least amount of your cards flipped over by the end. You achieve this by laying down various cards on a board. Your card’s “rank” is determined by a value in the upper left corner of the card. There are multiple rank numbers on the card all in relevance to the position your card is played. You want to have the higher rank against your opponent’s card in order to flip it over. Once all spots on the board are filled, the game ends and the person with the most right side up cards wins.

That is just the gist of the card game. I admittedly didn’t pay it much mind on my playthrough, but will definitely go back to it my second time around!

How The Remaster Differs From The Original

Now for the part you’ve been waiting for! What’s the difference? Is this game worth buying again for the remaster?

First of all, the most notable difference is the graphics, namely the character and weapon models. The developers did an excellent job making the character models look more….human-y. This is pretty much where it stops, though. The background textures and even cinematics receive no noticeable changes. 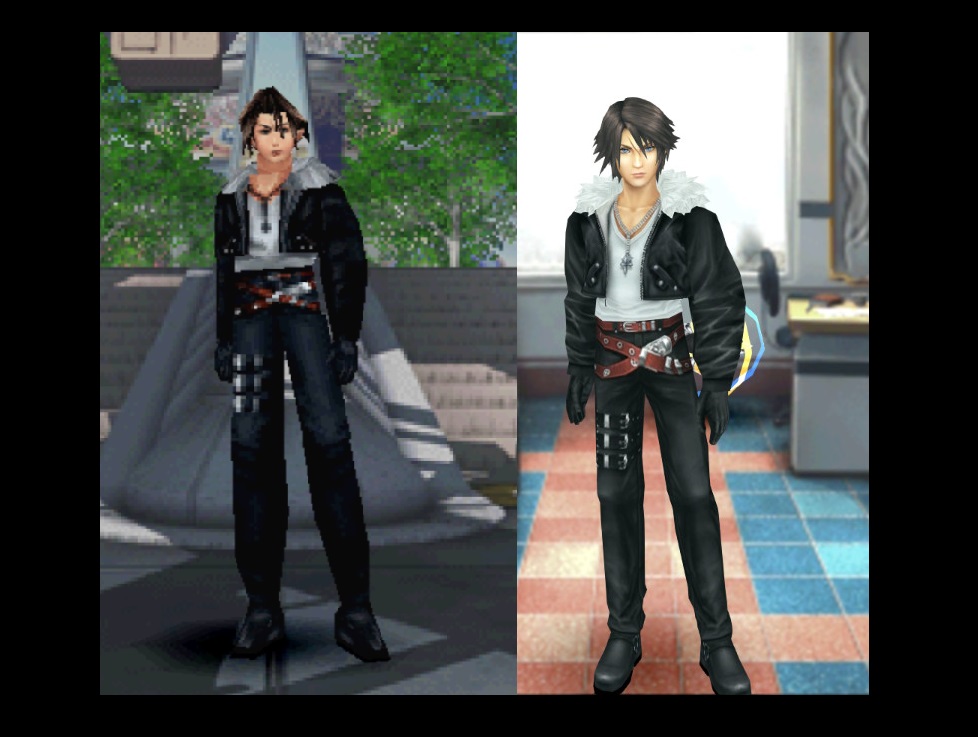 The “You’re the best looking guy here” quote finally has some merit! 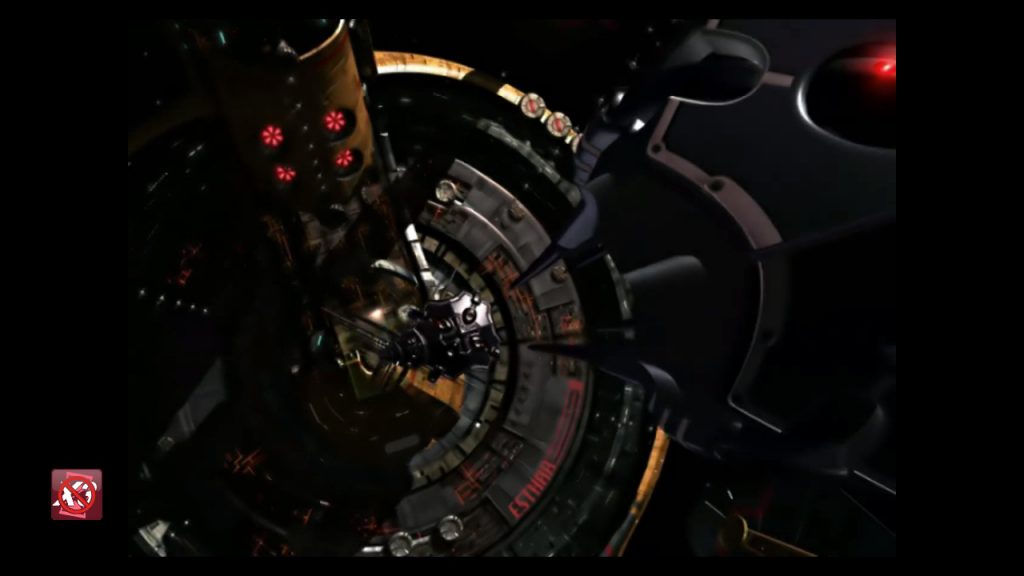 If you were to compare this cinematic to the original, you would notice little to no difference.

There are also some new special mechanics introduced in the remaster:

Speed up the game by 3x

(Demi?) God Mode. I say “Demi” because you can still die. But it also speeds up your attack bar and gives unlimited limit breaks.

Regardless of which version you choose, Final Fantasy VIII is worth playing. The story and character development are fantastic, and its silliness adds a lot of much-needed charm throughout such a dark theme. The soundtrack is great and the cinematics are well directed and fun to watch.  Despite it’s clunky and confusing junctioning system, it is still a great Final Fantasy JRPG at its core. 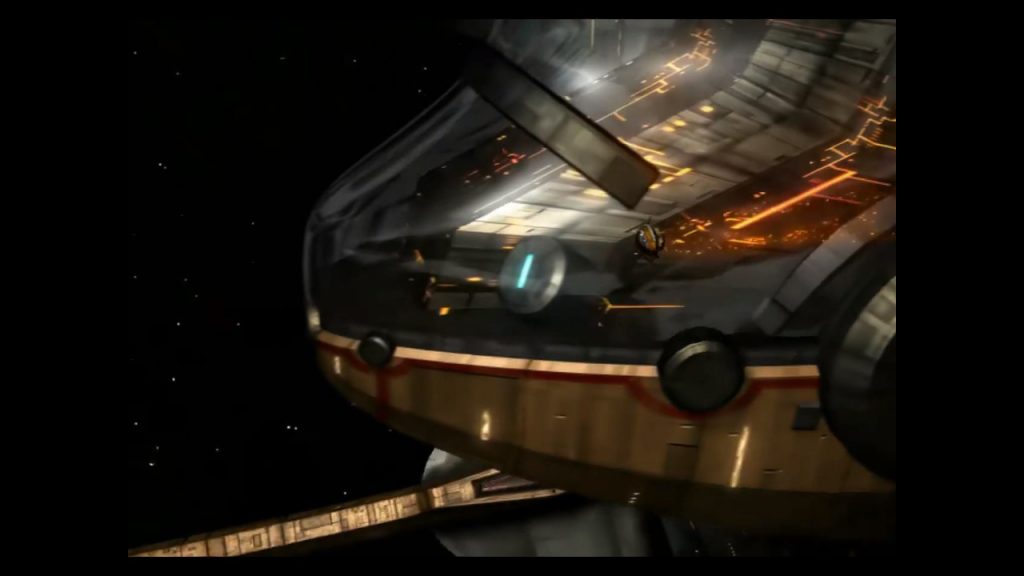 Is it worth buying as a remaster? Well, that depends on who is playing. If you have already gone through the game enough with the original, then I would say it isn’t worth repurchasing.  If you are a first timer like myself, then the game offers enough to justify spending the extra money to buy the remaster over the original. Being able to speed up time and have a battle aid really helps get through parts that a newbie would normally struggle through.  I plan on a true second playthrough of the game without using the aids, now that I have the gist of everything.

Final Fantasy VIII itself is worthy of another play-through, and new players will appreciate the assists, but the remaster doesn't provide enough difference to constitute buying if you already own the original.