Come drop on the coast, float to Tilted Towers, we'll have a few laughs...

If you haven’t hopped on board one of the most played, most watched games in recent history I have to ask…why not?

So. You still haven’t played Fortnite, have you?

This season, Epic has hit the ground running with constant updates and content available to players. Not only did it start off with the biggest change to the map since the game’s inception, but the meteors that altered and destroyed the landscape also brought with them new points of interest (POI), new game play options, and new limited time modes (LTMs). It’s not an exaggeration to say that it’s the best time to ever be a fan of Fortnite: Battle Royale. 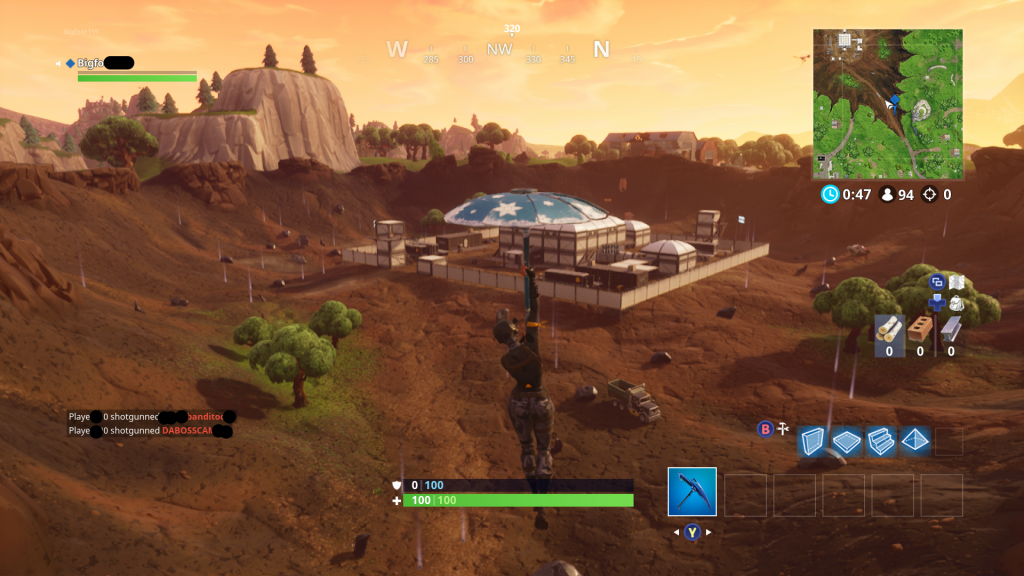 Dropping into Dusty Divot (formerly Depot). As of Week 5, trees have started to grow back at a surprising rate.

For awhile in season 3 it seemed like all they would ever add is more guns; this is no longer the case in season 4. This season saw the largest changes to the map of any update. New POI’s and smaller new structures were added, while others were altered or destroyed by meteors. Dusty Depot became Dusty Divot as the approaching meteor from last season hit mid-map, subverting expectations that it would take out Tilted Towers, Lucky Landing, or some other spot. Several other smaller meteors hit around the map; at each impact site small blue stones float off the ground and encourage players to “consume” them. Doing so grants increased jump height and range for a short time along with a loud humming noise. Most players have taken to calling them “hop rocks.” 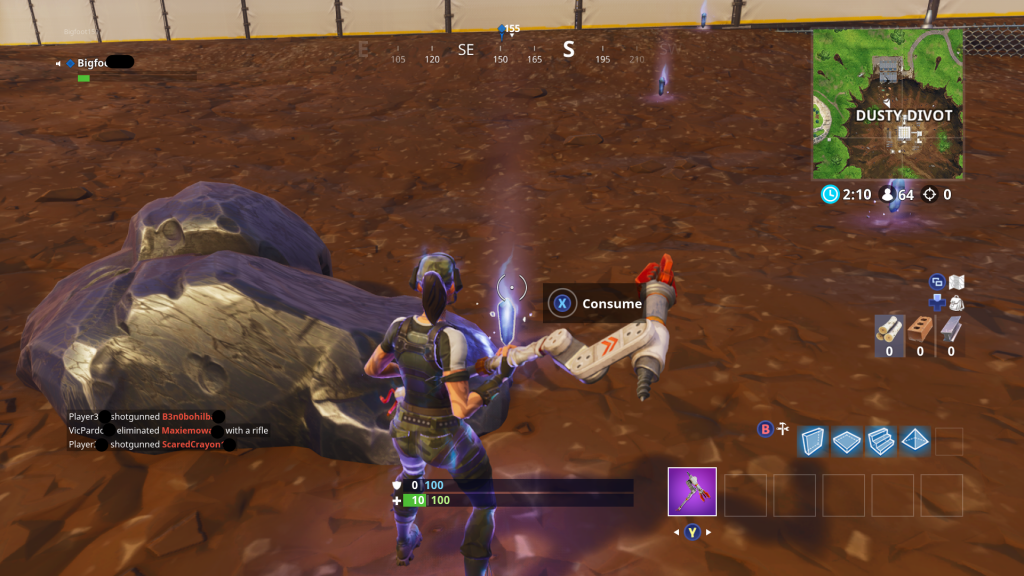 What’s interesting is that these impact sites are not static—the meteor site in Tilted Towers has been paved over and the hop rocks collected in trucks; Dusty Divot has started growing trees again. These small changes to the map give the game world a living, breathing feel that makes you want to come back each week and see what’s new or changed. 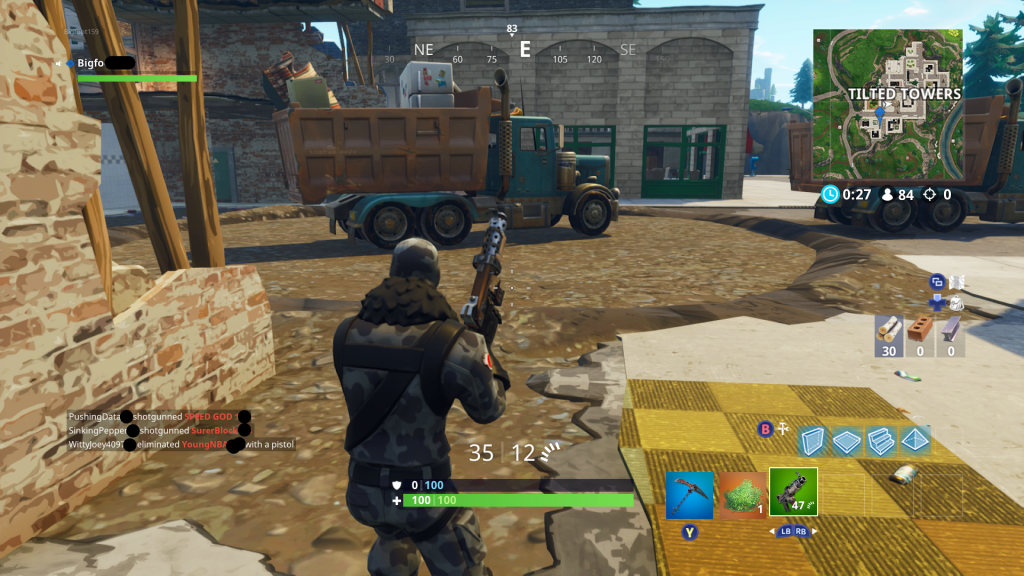 The meteor site in Tilted Towers has been filled in…

Besides hop rocks they’ve added two other new modes of transport: shopping carts and rocket packs. Shopping carts have been in the game for a long time, but just as background objects that didn’t move or roll. They were only good for harvesting 1-2 pieces of metal from. Now you can roll along alone or with a friend, even building as you go. Epic made a genius decision adding this feature, tapping into the pure joy of zipping through the parking lot while heading to your car as fast as you can roll. 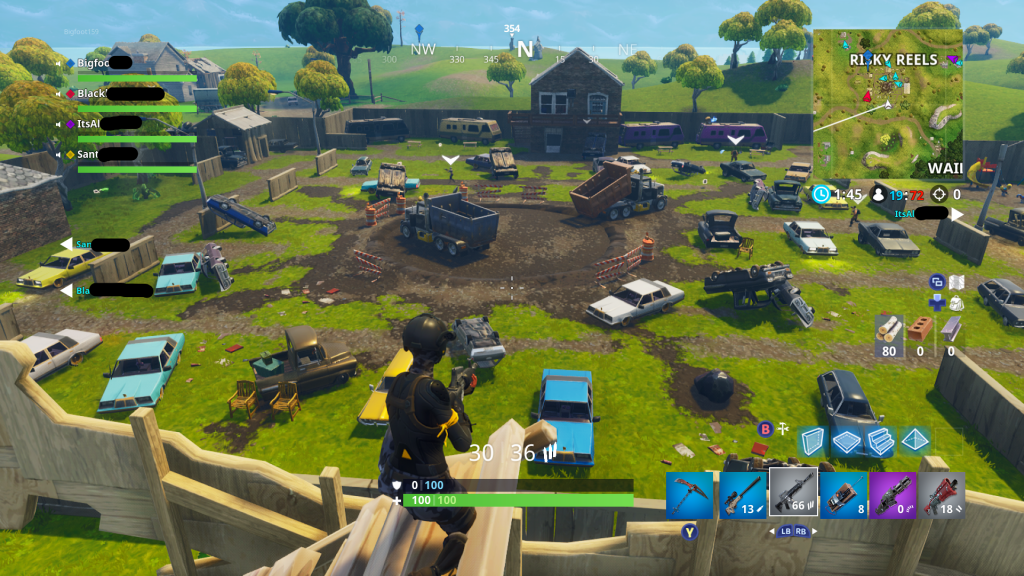 …as well as the one in Risky Reels (the drive-in from the Season 4 trailer).

The jet pack is an item that was previewed a long time ago, and seemed to be forgotten by the developers. But for now you can fulfill your Rocketeer dreams as long as you can find the legendary item, and have room in your inventory (it takes up a slot). Hopefully we will see other rare backpacks added to the game that have useful features in the future.

Other small changes like apples (+5 hit points) and mushrooms (+5 shields), too many new weapons to list, and weekly LTMs make it so it’s always worth your time to read the patch notes.

LTMs are here to stay

In seasons past, LTMs like 50 vs. 50 or Solid Gold (all Legendary weapons) were around for a week and then gone. Now, Epic has made some LTMs staples in the game mode options while others are still temporary. I really hope they bring back the Thanos LTM, because that was a ridiculously fun time running from, fighting, and being the Mad Titan. If you didn’t get a chance to check it out it, worked similar to a regular solo match, with the small addition of the Infinity Gauntlet. The Gauntlet would shoot down onto the map much like the small meteors at the end of last season, initiating a mad dash at the beginning of the match. As soon as a player grabbed it, they became Thanos, and shot up into the sky. As Thanos, they could jump great heights, punch, and shoot beams to take down other players. Any time a Thanos died the gauntlet dropped again, letting others have a chance to grab it. Adding to the tension was the fact that everyone knew exactly where Thanos was on the map at any time thanks to a marker on the minimap. It was adrenaline-inducing to hear his boots tromping your way, even if you had all the best weapons and a backpack full of building materials. 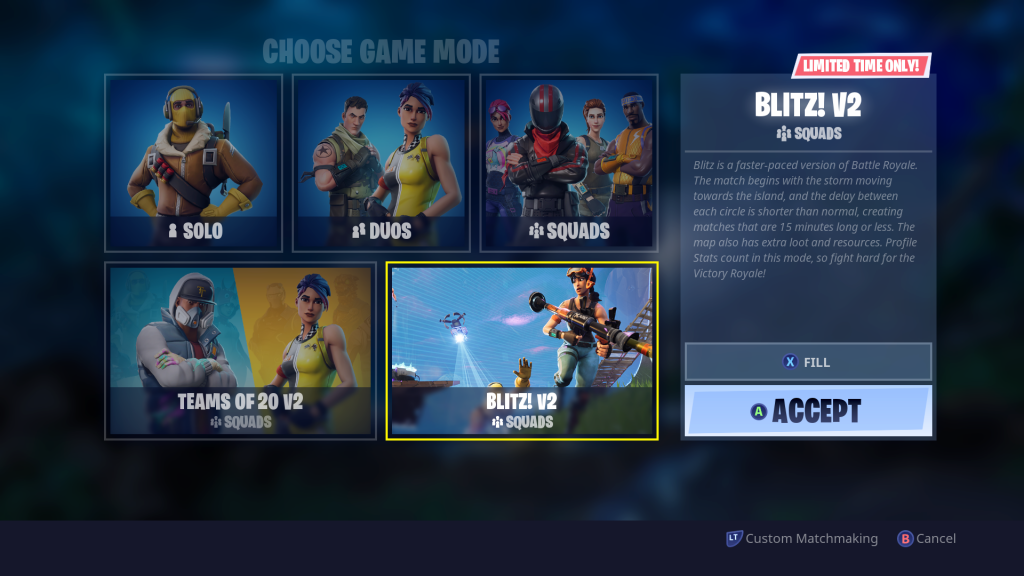 Epic has stated they want to keep adding new LTMs including a Playground mode, where a squad of 4 can have a map to themselves and practice in a map with the ability to respawn. This has long been a request of players, and continues to show that the developers seem to actually be listening to their player base.

Battle Pass: Spend a Little, Get a Lot 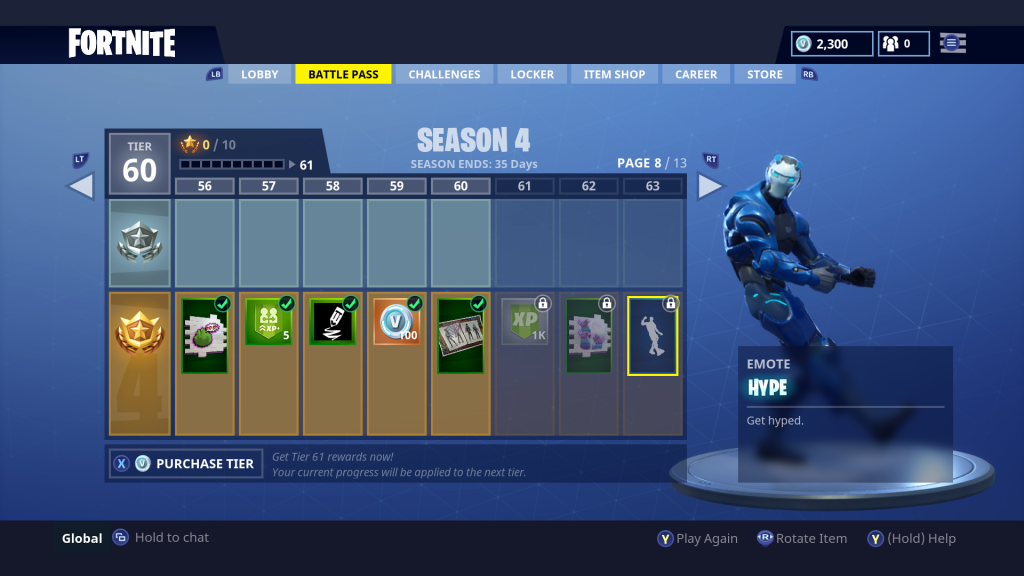 The Battle Pass costs everyone the same fee, and you know exactly what you’re going to get, or try to get, as you level through the season. No loot boxes or randomized gambling.

Prior to Fortnite, I thought that Overwatch did it the best when it came to loot boxes. Nothing that affected game play, but randomly rewards you with different items. Fortnite offers a cosmetic shop with rotating purchasable items, nothing new there, but they also offer the Battle Pass: 100 levels, each with a different reward item—but you KNOW exactly what they are! No guesswork here: if you hit level 100 last season you got the John Wick-inspired skin. Each pass comes with a few new skins, harvesting tools, and backpacks (called “back-bling” in the game) as well as different emotes, dances, and this season, sprays that let you spray-paint an image on the ground or walls. Plus, they have incremental bonuses to your XP gain, and small in-game currency rewards (called V-bucks). They’re small amounts, but they’re enough that I’ve only had to buy in-game money once – I earned enough V-bucks from the Season 3 Battle Pass to buy the current one. In this way, it feels like Epic is less trying to nickel-and-dime it’s players, and more trying to reward the dedicated ones.

Before they added Replay mode, capturing and editing footage to make a kill compilation, clip, or montage of funny moments was a chore, especially on console. No more. Now players have access to their most recent games and can edit, move cameras, change points of view and even remove the HUD all within the game. I haven’t had this much fun with replays since Halo 3. Players are really embracing their inner filmmaker, as you could see from the #ReplayRoyale contest they held recently. Besides highlight reels, players are making revenge films, homages to Stranger Things, and dance videos. It’s also great for the more hardcore players who want to go back and see what happened, kind of like re-watching game film as an outdoor-sports player.

What Do You Have to Lose?

Besides time, there’s no reason to not try it. It’s free. You can still do everything in the game that John Wick, Wonder Woman, and Thor can do, and if you really enjoy it you can jump in on the battle pass at any time. Or don’t—there’s no pay-to-win, so you can win any game with the standard non-cosmetic equipment. There’s never been a better time to play. So…where we droppin’ boys? 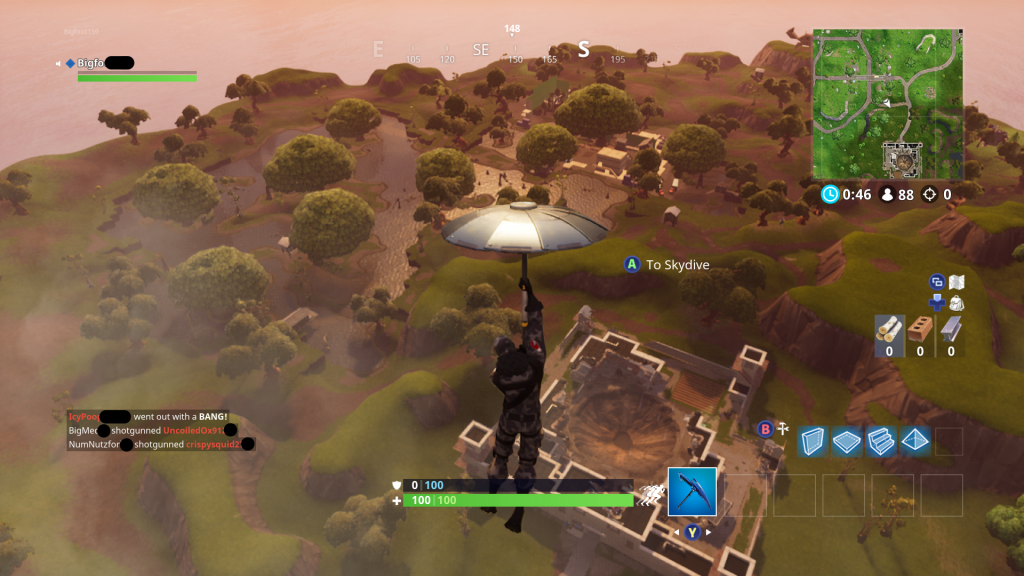 Floating past the Prison, en route to Misty Marsh, which has had a huge update with a large movie lot being added this season. Prison is one of the impact sites that hasn’t been filled in or changed yet.