In the video introduction for Season 7 of Fortnite: Battle Royale, ‘Swole Santa and his not-so-merry helpers have arrived on the island and they brought the snow and ice with them. This isn’t just cosmetic as several of the changes will have an impact on gameplay possibly all season long. Oddly enough, this season seems divorced from the past few in terms of lore; the runes and corrupted areas of the map are gone, along with the shadow stones and any other remnants of past seasons except for rifts. 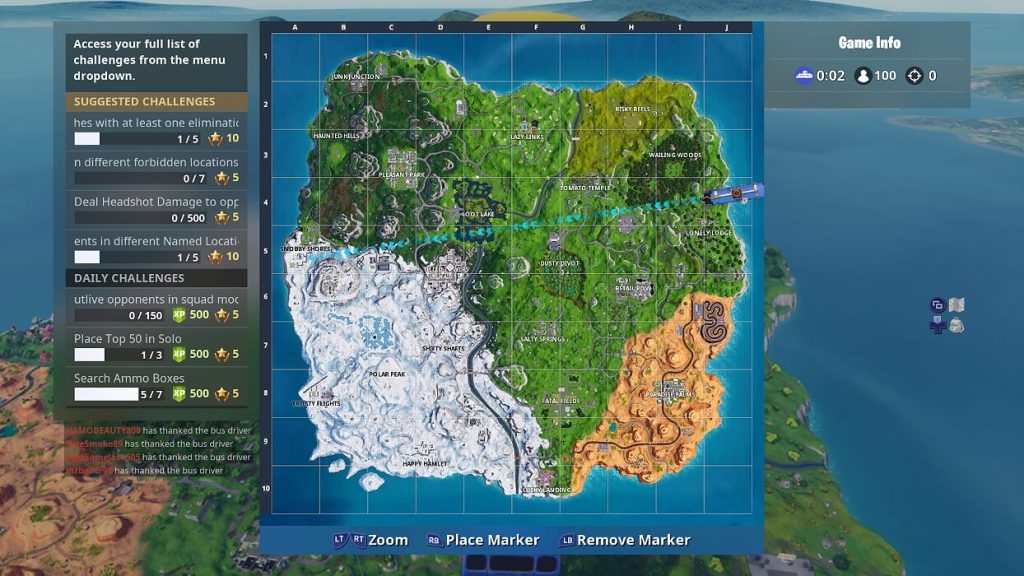 The snow covers most of the Southwest corner of the map, and almost all of the Points of Interest (POI) in that area have been replaced. If you were a big fan of landing at Flush Factory or Greasy Grove, you might not like what you see. On the plus side, we have a new airport named Frosty Flights, a new mountain with a buried castle named Polar Peak, and a Bavarian-themed village named Happy Hamlet. The remnants of Greasy Grove can be seen in the lake north of Polar Peak, but be aware that walking on the lake will frost your character’s feet like they stepped on a chiller trap (which among other items, got vaulted – see patch notes here). It’ll be interesting to see if the snow spreads this season or starts to melt, revealing buried POIs. 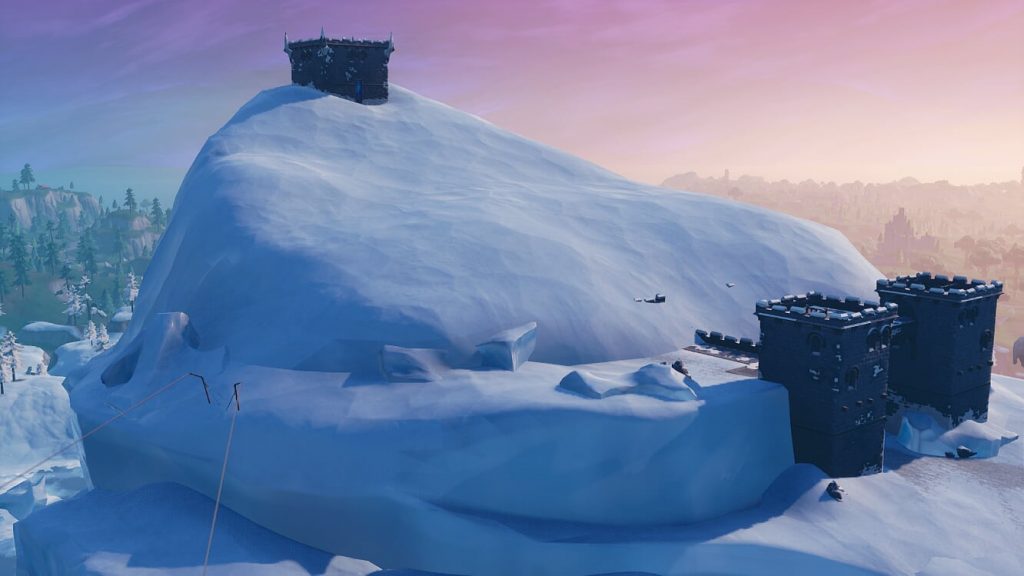 Here’s hoping the snow on Polar Peak recedes enough that we can explore the castle in full, especially since the castle above Haunted Hills is almost fully destroyed this season.

If you don’t have time to read the full patch notes, the highlights are the previously mentioned new snow areas, the addition of planes and zip lines, and the ability to shoot or use items with balloons. Last season they introduced us to holding balloons with your character’s hands; now you’re free to bound across the landscape and shoot at the same time. Planes and zip lines make getting across the map a breeze. It’s almost too easy now. I’m not saying I miss sprinting all match long from the stadium to Moisty Moire, but what I said about last season is feeling more and more true: Epic needs to stop adding stuff. 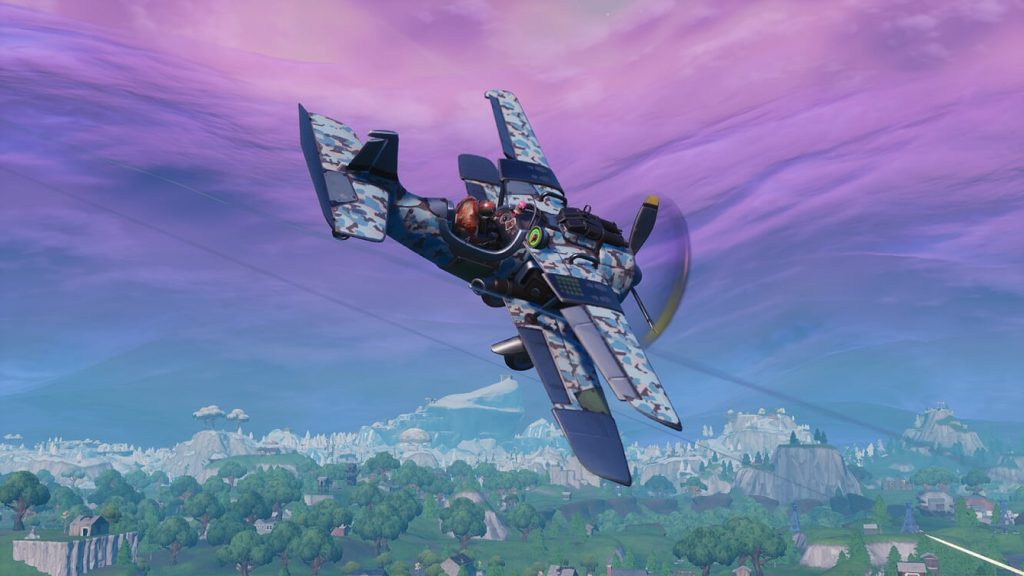 Some players have already complained that the new planes are overpowered, but it’s only been a day. They’re great for getting across the map quickly (and with your whole squad sitting on the wings!), but they’re slow, loud targets that don’t shoot very well. I wish they would have left in the ability to re-deploy your glider instead of adding all these other things that clutter up the map and make it more of a cartoony Battlefield game. The meta of Fortnite has always been change, but it’s these vehicles and new modes of transport that really make it unrecognizable from last year—not the map changes. 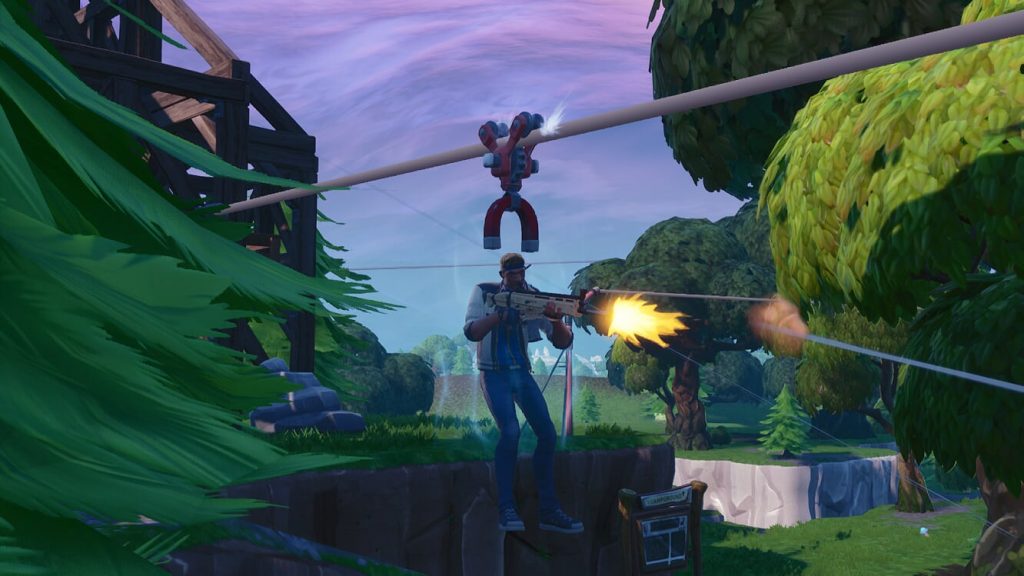 Jump on a zip line to rapidly get from point to point and you can still shoot – just be aware that some players have encountered glitches that killed them or flung them so far they were injured.

Another move that sees Epic copying a big-name franchise is the addition of wraps: weapon and vehicle skins pulled right out of Call of Duty. As you unlock new wraps, you can apply them to specific weapon types. For instance, any shotgun you pick up has a bright green wrap to it. Personally, I’m not sure about it for use on weapons, but liked how it looked on the vehicles—again, I’m not sure I like it in the game. One new thing I am a huge fan of is the addition of being able to sort by new in your locker. Now, when you buy or unlock a new item from the Battle Pass, you don’t have to search though every single emote, spray, toy, and sticker to find it. There’s not much more to say about it, but this innocuous feature has been long-requested by the Fortnite community. 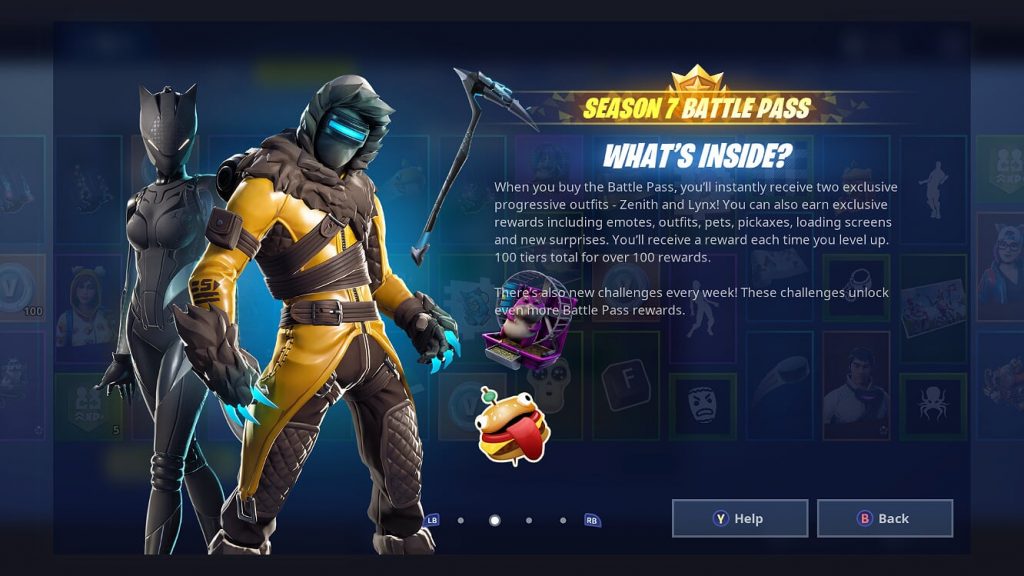 Lynx and Zenith outfits, and yes that is a hamster pet backpack in the background.

The Battle Pass has several great skins, now called outfits, and the first two you unlock by buying the Battle Pass both have upgradeable clothing. Zenith starts out looking like an average Asian guy, but as you level him up, he bundles up and looks like an ice-climber or explorer. Lynx begins with a look that screams, “manic pixie nerd girl,” but ends up as a “Tron-meets-Catwoman” with reactive colors. Outfits also included if you get through the Battle Pass levels are Sgt. Winter (‘Swole Santa), Powder (Snowboarder Lady), Onesie (Girl in a Durr Burger outfit), Trog (Yeti!), and the tier 100 outfit of the Ice (Lich) King. 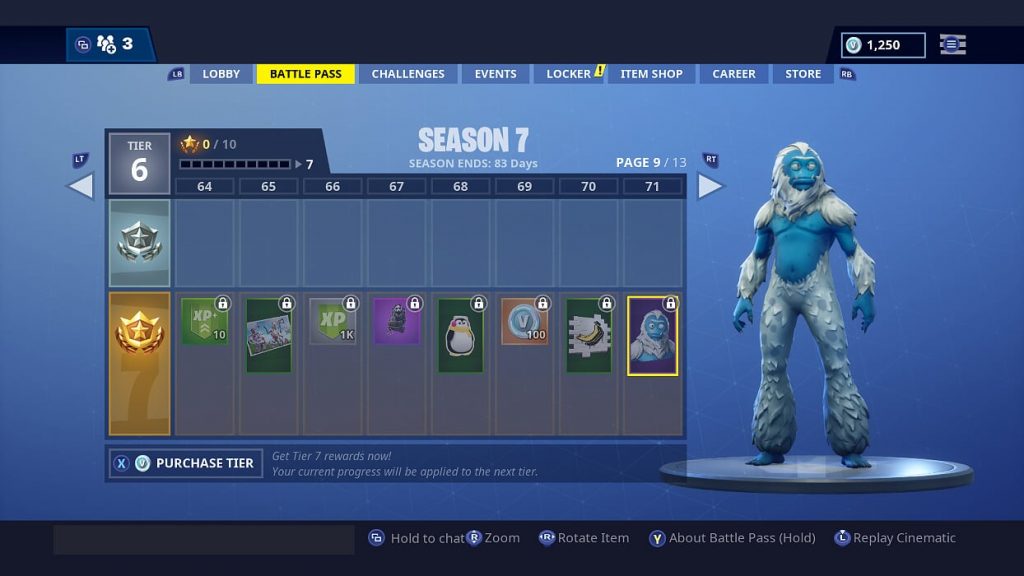 This outfit has me more excited than the Tier 100 Ice King.

This season Epic has also seen fit to tap into player’s creative side, adding a Creative play mode where—much like Playground—players can build and create to their heart’s content, the difference being that you can save your creations in Creative mode. They also added an area in the North of the map called The Block: a space where they will be uploading player-created structures into the game! This sounds amazing if it works; I just wish they hadn’t dropped it right on top of Risky Reels, a great POI for the last couple seasons. Between this and the fluctuating area where the soccer stadium used to be, it seems like they don’t know what to do with the North part of the map. 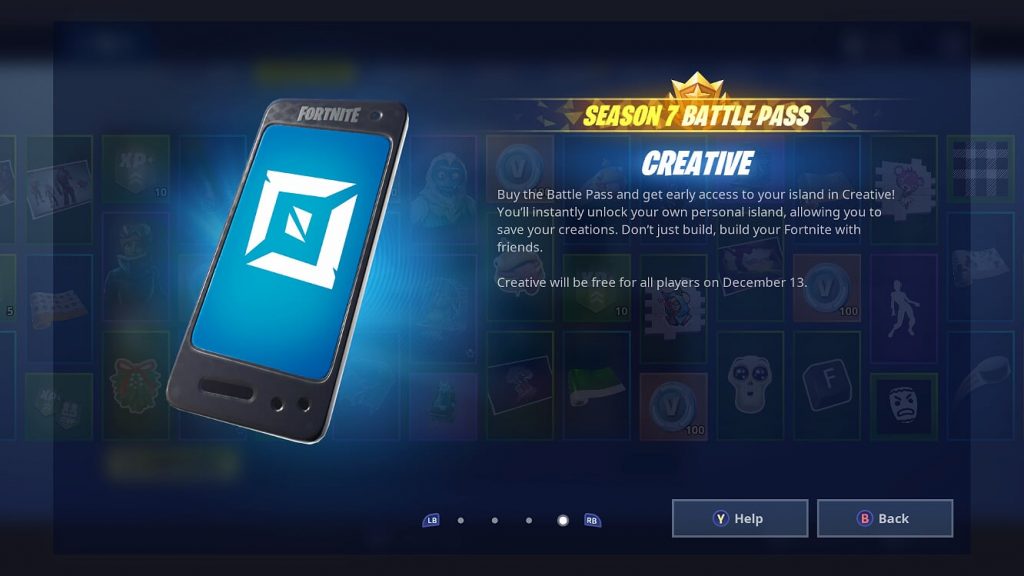 Overall, I’m pretty happy with the outfits and additions to cosmetics for this season, and it’ll be interesting to see which Christmas-themed ones are introduced or brought back from last year. I think it’ll be a matter of when, not if, they’ll add the Snowman outfit from the trailer to the Fortnite Store. I like the new snow biome, but still think it’s time for them to add a new map. In the meantime, if you’re looking for the Christmas trees from last year—if you can find the house from the trailer, I’ve seen it spawn three chests next to each other under the tree. Merry Christmas and good luck getting those Victory Royales! 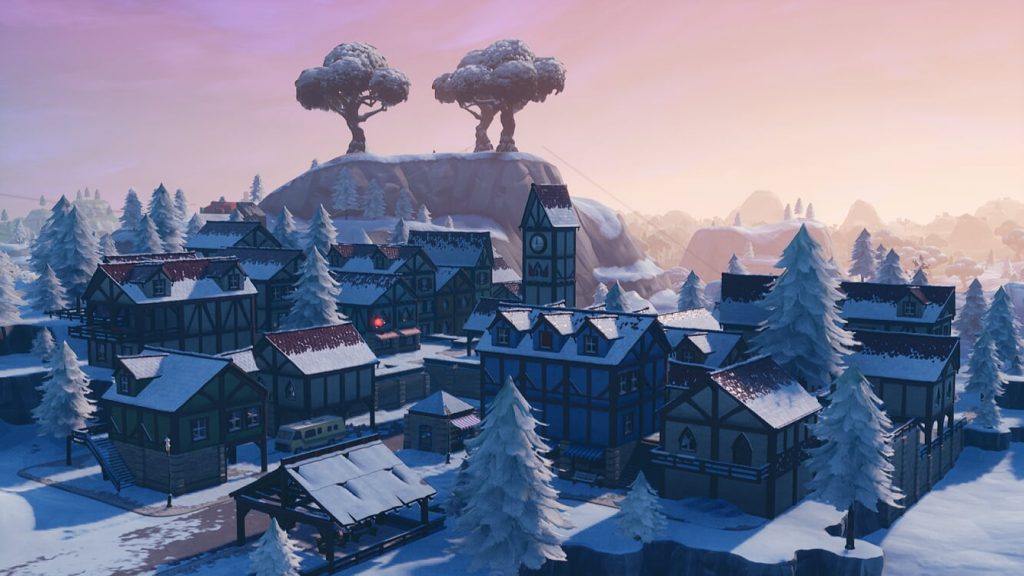