Another year has drawn to a close. Through it all, we’ve seen some major highs and lows. Nintendo launched the Switch in 2017 and as of this writing has already sold over 10 million units, Microsoft brought console gaming into the 4K space with the Xbox One X, EA came under fire for their use of loot crates in Battlefront II, and PUBG sparked a fire that toppled DotA 2 from its long-held slot for most concurrent Steam players.

At the end of the day, this is the best time to be a gamer, and the team at Geeks Under Grace have deliberated on our favorites for 2017. We hope you enjoy.

This category is reserved for the greatest console-exclusive games to grace the Xbox One in 2017. They comprise what we feel are the best the platform has to offer that you can’t get on competing consoles 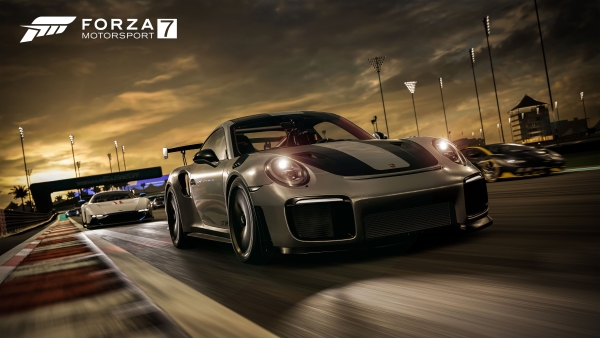 With a massive suite of true-to-life vehicles are real-world courses, Forza Motorsport 7 has everything racing simulation fans could hope for, and a heaping spoonful for casual fans to enjoy as well. Combine that with some of the most gorgeous visuals of any game in 2017, and Turn 10 Studios‘ Forza Motorsport 7 earns its distinction as our Runner-Up for Best Xbox One Game of 2017. 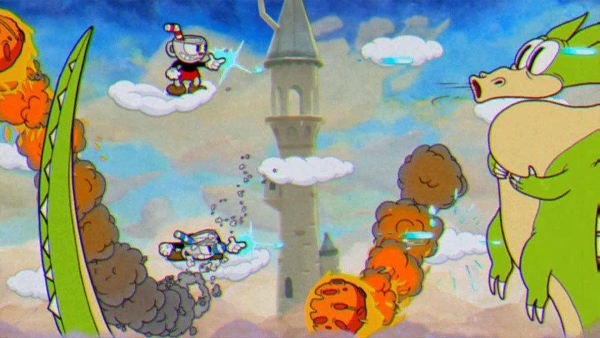 While StudioMDHR’s Cuphead is notorious for its difficulty, there’s no denying its tight controls and strong art design. Gorgeous hand-drawn animations and superb enemy design help earn it our Winner for 2017 Xbox One Game of the Year.

The games in this category represent the best software on the PlayStation 4 in 2017 that could be found on no competing consoles.  Our staff feels they are the best the platform has to offer that can only be played here (or on PC). 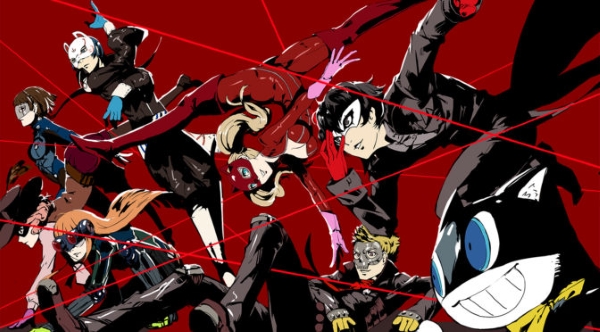 With great characters, an excellent story, and a fantastic sense of style, Persona 5 has become one of the most talked-about games of 2017. The franchise from Atlus and P-Studios has continued to deliver a great roleplaying game with social elements year after year and the Phantom Thieves of Heart are no exception. Thus, Persona 5 has earned our Runner-Up for Best PlayStation 4 Game of 2017. 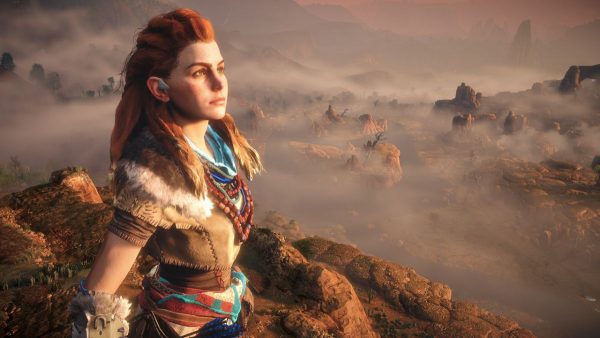 Guerilla Games has traditionally been known for creating linear first-person shooters with a brown color palette. Imagine our surprise, then, when Horizon Zero Dawn hit store shelves. This is third-person action adventure game full of bright, evocative visuals in a post-apocalyptic future version of Colorado. Most importantly, the imaginative enemy design and top-tier voice acting took our breath away, earning it our title as Winner of PlayStation 4’s Best Game of 2017.

2017 saw the release of Nintendo’s newest console, the Switch. A hybrid of classic console and mobile gaming, the platform promised to satisfy fans both at home and on-the-go. Beyond the console release, the platform saw a deluge of fantastic exclusive titles in its inaugural year. From re-releases like Pokken Tournament DX and Mario Kart 8 Deluxe to new originals like Splatoon 2, Fire Emblem Warriors, Mario+Rabbids: Kingdom Battle, and ARMS, fans were not lacking for something to play. This category represents the best the platform had to offer in 2017. 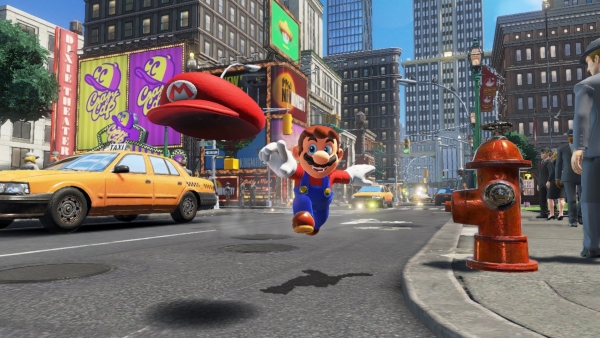 In its first year, the Switch was graced with a new Super Mario game with Super Mario Odyssey. Not only had Princess Peach been captured by Bowser, but he’d taken the partner of Cappy, Mario’s new helper, as well. As you chase Bowser across the world, collecting moons and trying to stop nuptials you know should never happen, you’ll encounter a fantastic world full of bright, vibrant locations and exciting new creatures. Super Mario Odyssey has earned the Runner-Up for our Best Switch Game of 2017! 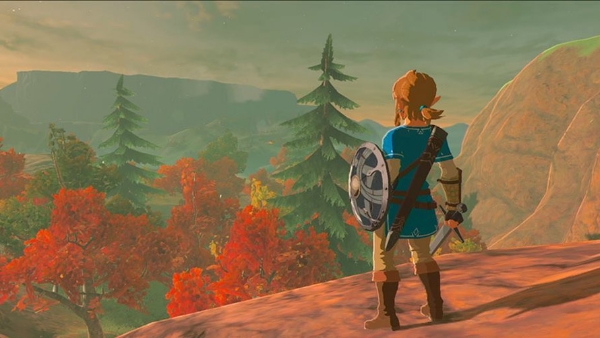 If Super Mario Odyssey took runner-up, you know there’s only one other game that could take the gold. As a launch game, The Legend of Zelda: Breath of the Wild was a must-have, and it caught like wildfire, even outselling the console itself at one point (people were buying the game while waiting for Nintendo to restock shelves with Switch consoles). With a massive, gorgeous world, fun cast of characters, tons of dungeons, all of those Korok seeds to collect, and the ability to climb and go anywhere, it quickly won the hearts and minds of gamers everywhere, and has remained substantial enough to warrant its place as our Winner for Best Switch Game of 2017!

While there were many great PC-exclusive games this year, we broadened this category out to allow some console-spillover. This category represents our staff’s favorite games on the PC in 2017. 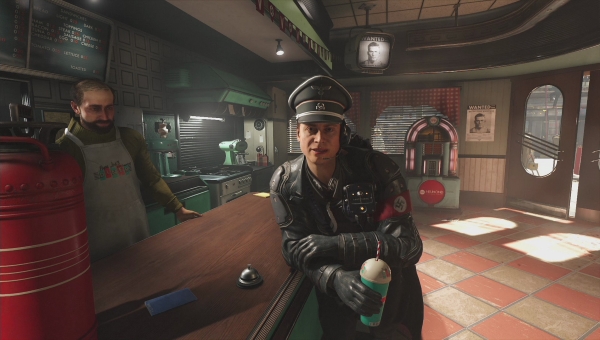 With several new releases across multiple platforms, 2017 was a strong year for game publisher Bethesda, but few stood out to us like Wolfenstein II: The New Colossus. With a great story, memorable characters, and tight gameplay, its earned our spot as the Runner-Up for Best PC Game of 2017. 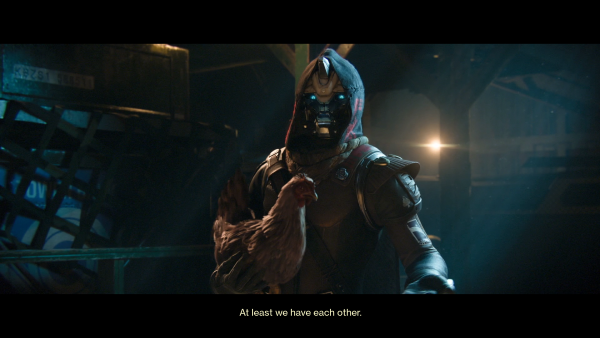 In 2017, Bungie and Activision were able to bring the Destiny franchise onto the PC with the release of Destiny 2. Players everywhere, including our Stream Team, found their ghost and the light of the Traveler, donned their Guardian gear, and set out to put the hurt on baddies from across the galaxy. With great 4v4 competitive multiplayer and a truly memorable 6-person raid, it earns our spot as Winner for 2017’s PC Game of the Year.