Wow, going back to one of these old-school JRPGs is a wild ride. Final Fantasy II is the odd child of the mainline series. Your party members’ actions in battle influence their stats instead of gaining levels. For example, your members gain health just by taking damage and weapons could gain additional damage over time just by using them. It’s a strange system, but it allows for versatility since your fourth party member changes often throughout the game. I feel that this “leveling” system backfires on the formation system because grinding weak monsters raises my entire party’s health enough to mitigate their differences in defense. So even my weakest member doesn’t need to avoid damage by staying in the back.

The exploration is oddly enjoyable despite my getting lost in the overworld. By talking to NPCs, I learn keywords that I can use with other NPCs to get new information. I can also show them items for information or additional dialogue to learn about the other characters and the world. It’s also crazy how specific the questline is; the developers basically expect players to backtrack to previous areas after anything happened. It’s like making a sandwich but going to different stores to buy one ingredient at a time to assemble it! 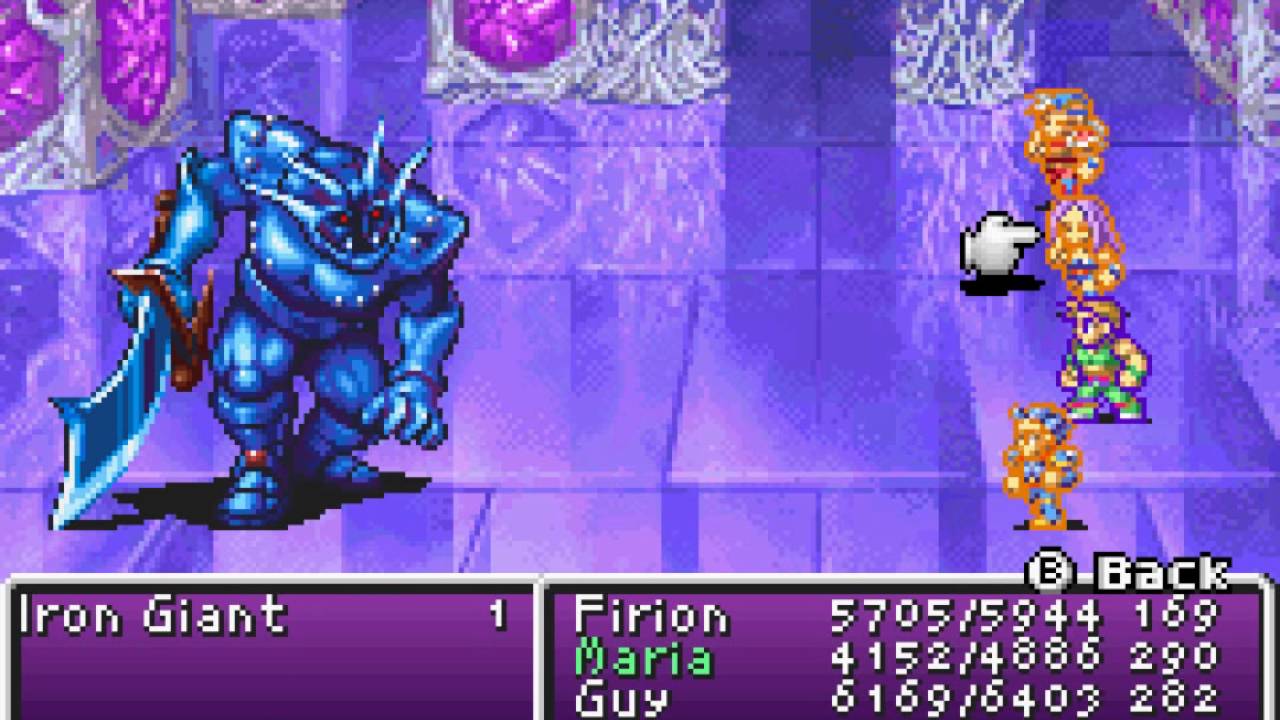 I should mention I’m playing the GBA version which remastered the original NES game to look more like the SNES games. The character portraits from the illustrious Yoshitaka Amano and the added cutscenes help sell the story’s progression. Final Fantasy I and II got some much-needed love in this port, allowing Western fans to appreciate the roots of the franchise.