By now, everyone is at home playing the Final Fantasy VII Remake while foaming at the mouth in taking captive the high definition graphics detailing the updated version of Midgar. While players can look forward to character models seeing every strand of hair on Cloud’s scalp, I’d like to go back in time with the game that came out six months after the original Final Fantasy VII was released in January of 1997. Even nearly 22 years since its release in the states, Final Fantasy Tactics still holds a candle to the mainline Final Fantasy games.

Final Fantasy Tactics was one of the franchise’s first tactical role-playing games, which was different than the series had been up until FFVI in terms of random battle encounters in open and closed environments.  FFT battles take place on a square grid filled with terrain elevations, obstacles, and of course, enemies that your party must use to your advantage. A strategic approach comes in handy when thinking of ways to tactically use the terrain to either take on opponents head-on, or split up your party and create flanks to quickly defeat your enemies and move onto the next area of the map of Ivalice. 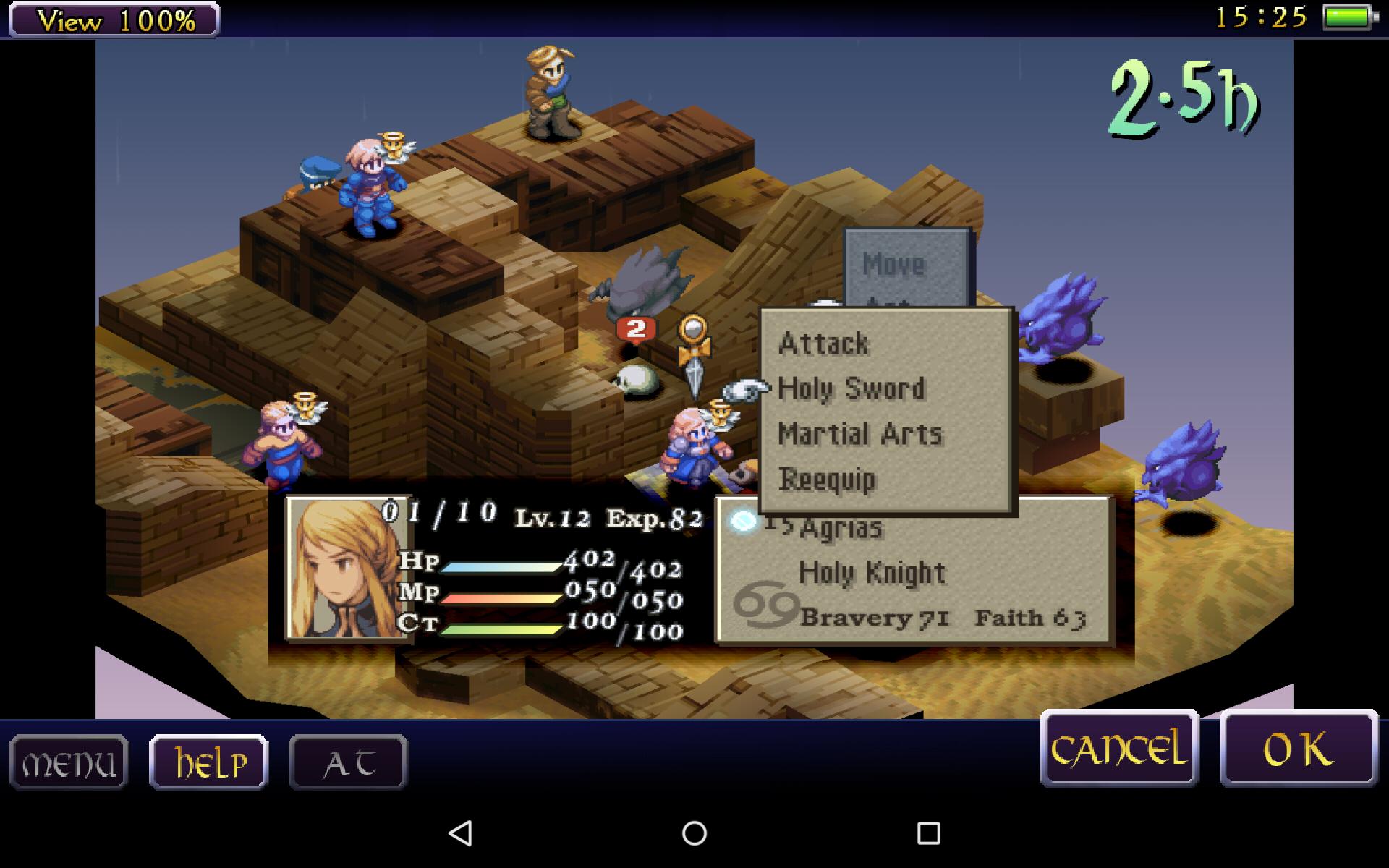 In terms of playable characters, FFT introduces the Job Class system, which was last seen in 1992’s Final Fantasy V. The Job Class system is there for the player to take their main characters and other members of their party and put their team in classes not unlike those in a D&D game that will be the best situation for the battle they will be involved in. The more that players level up their teams, the more job classes will become available. The player can recruit other characters to their party and increase their Job Class stats to be more valuable assets to the party in battle. Depending on if you want your squire to level up to a lancer-class, or your chemist to level up to Summoner, it is up to you. 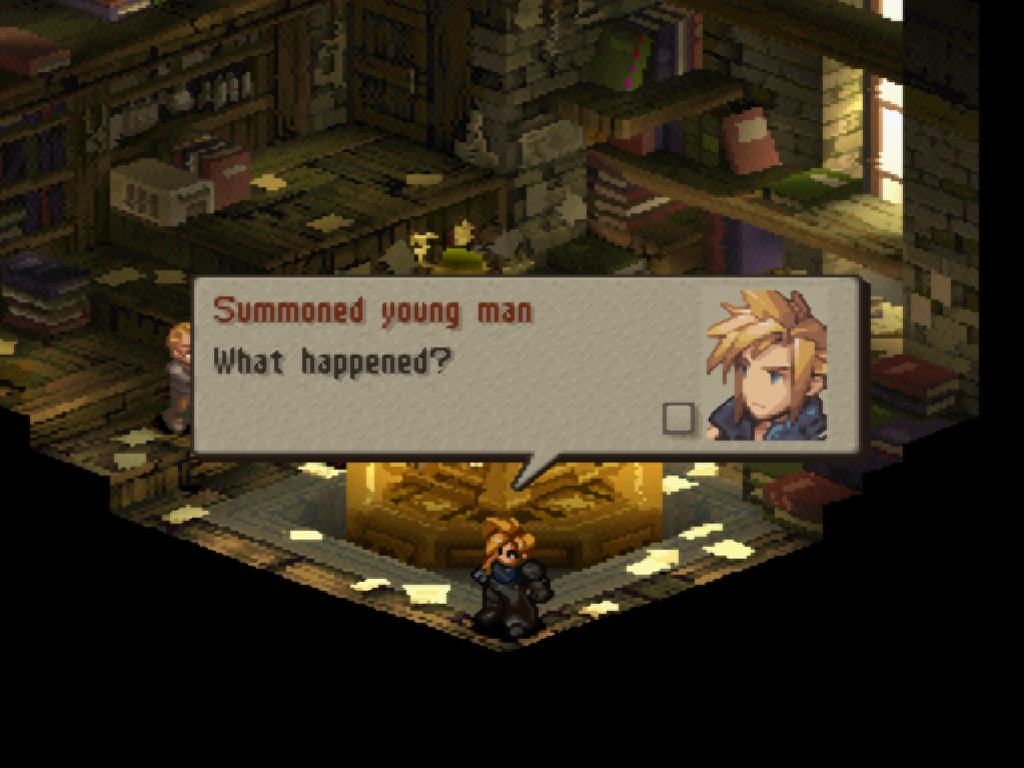 One of the unique secrets that FFT introduced in its game was the ability to unlock Cloud Strife from Final Fantasy VII, which you won’t get a chance to get till the later parts of the game. I never got that far personally to get Cloud, but maybe someday I will.

I decided to write about FFT because of my time invested in the game compared to the other games in the series. I believe I have roughly 60 or so hours of gameplay personally invested, and half of that is spent stuck on levels that I had to constantly reach over to my Playstation reset button and hit it more times than I can bother to remember. One mission, in particular, is Lionel Castle Gates that I was stuck on for a matter of weeks spending my afternoons after school trying to beat Gafgarion over and over till I figured out some hambone strategy to get past that area (EDITOR’S NOTE: The easiest method to beat this map is to have leveled up Ramza to a ninja, and purchase the “sunken state” passive. When Gafgarion hits Ramza, he will turn invisible, allowing him to get to and open the gate while suffering minimal damage).

As life moved on from high school to adult life, I found myself boxing up my copy of FFT into storage and even putting my memory card in a PlayStation carrying case to maybe tackle someday. It’s been 15+ years since I dove into the FFT world, but maybe, someday, I can return to finish my quest at Ivalice once again.

FFT didn’t just stop at the PlayStation; it was able to expand to the Nintendo market and later the PlayStation Portable port of Final Fantasy Tactics: War of the Lions. For the Nintendo handhelds, Final Fantasy Tactics Advance got into the hands of its Game Boy Advance players to dive headfirst into grid system tactics and…judges with complicated rules? Yep, Tactics Advance had a judging system involved that contained handicaps to the player on what was and wasn’t allowed on the battlefield for a particular battle. I remember wanting to stick to this game, but it wasn’t long after I kinda abandoned it. The battles felt as having some kind of commissioner from the Geneva Convention oversee a battlefield and then red carding the armies if they broke any rules on the spot. After a while of doing that, it gets old, and not so fun.

Final Fantasy Tactics doesn’t do that; it’s all about having that good old grid system displayed on your tube and letting your fingers do the work. If you consider yourself a hardcore Final Fantasy fan and have yet to play Tactics, you owe it to yourself and the time to put into it for an enjoyable experience to behold.