Greetings, Geeks! This is the second of a (hopefully) monthly series where our staff discusses some highlights of some of our favorite hand-chosen games. If there is a modern game that you would like to read what we have to say about it, let us know at contact@geeksundergrace.com! 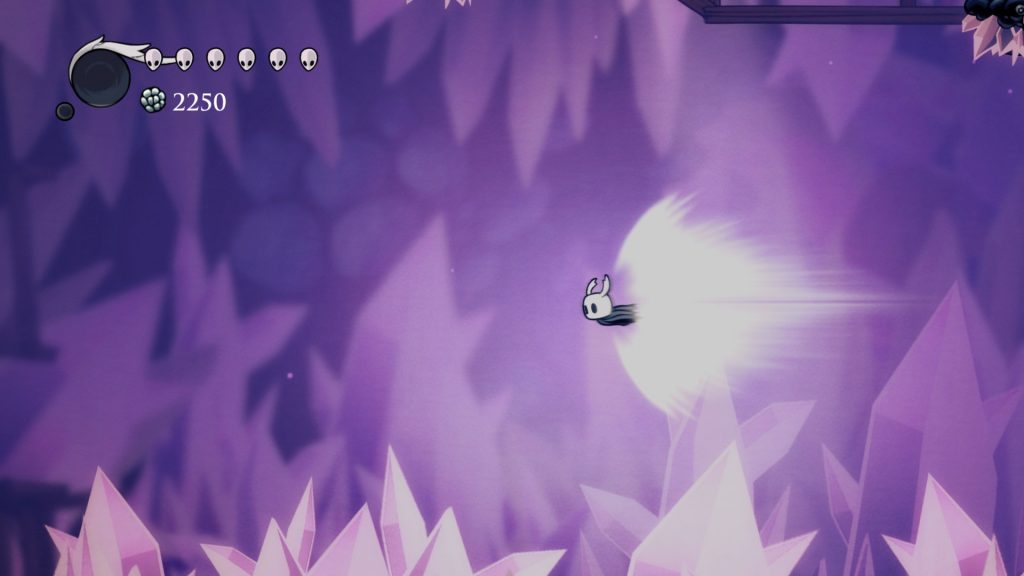 Time to fly like Frieza during the Saiyan Saga and get to it! 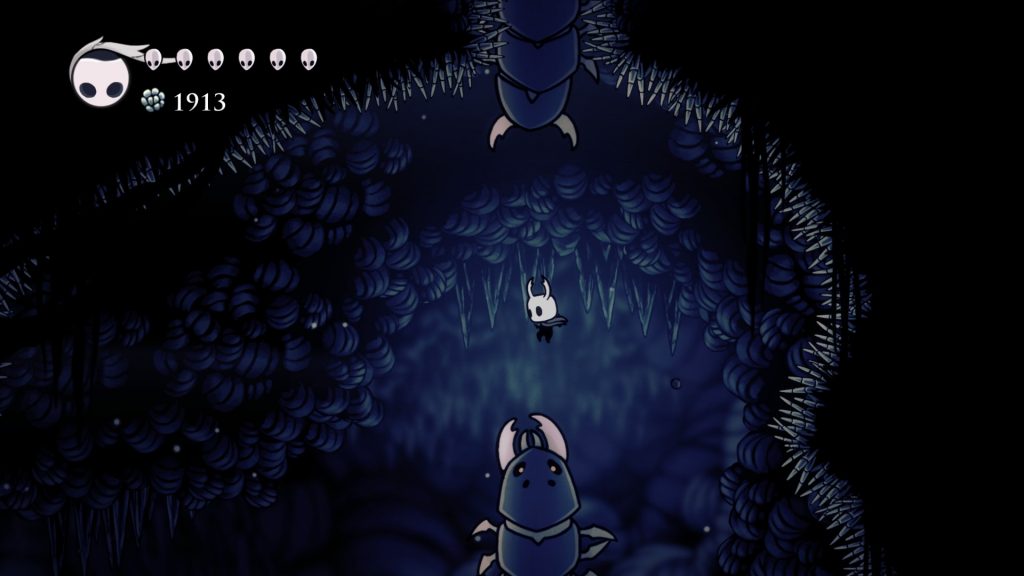 The depths of Hallownest can be a cruel mistress.

There are a lot of things for which I can gove Hollow Knight praise—the smooth controls, the challenging boss battles, the hauntingly beautiful soundtrack, the customization and experimentation provided by the Charm system—but here I’d like to focus on the story, which, like much of the rest of the game, takes many cues from the Dark Souls series. Hollow Knight drip-feeds its lore and story through a combination of cryptic dialogue, item descriptions, and environmental detail, masterfully providing you with just enough information to keep you intrigued. At the beginning of the game, you start on the surface, hearing rumors of Hallownest, a once-great underground kingdom, now left a dangerous ruin that only brave adventurers dare explore. As you begin delving into the unknown, your understanding of the world slowly expands; you learn of a great king who founded this nation, conflicts and negotiations with neighboring tribes, and a desperate sacrifice made to stave off catastrophe—one that seemed to work, but ultimately failed. By the time you probe the furthest depths of Hallownest, the mystery darkens further. What dangerous experiments did the king pursue in his attempt to save his kingdom? How great was the price paid in this effort? And what exactly do you, the player character, have to do with any of this? While it appears at first that you are just a bystander, you, in fact, play a crucial role in Hallownest’s past, present, and future… 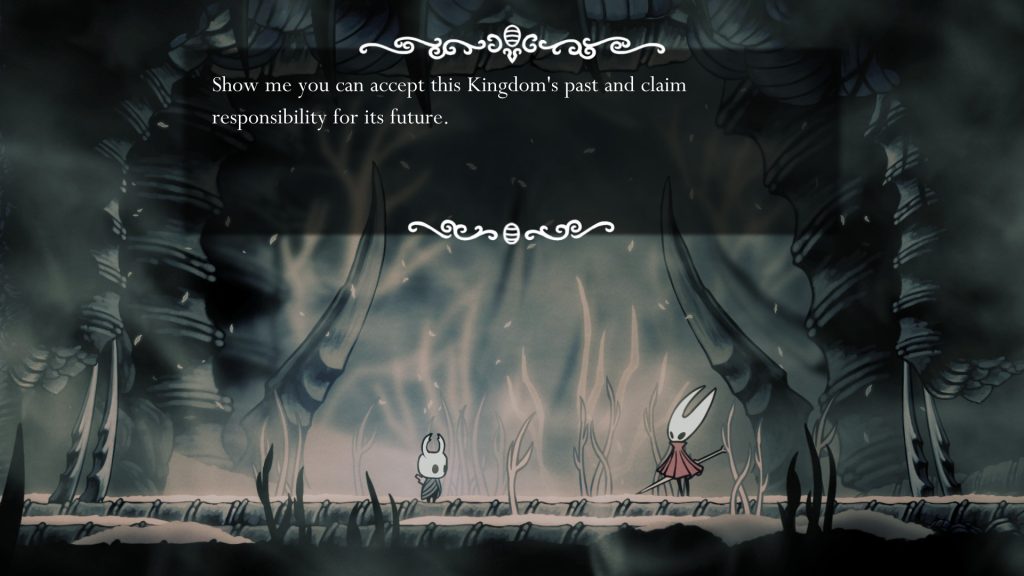 Hornet wants the the Knight to show her its moves.

I should mention that this style of storytelling definitely isn’t everyone’s cup of tea. If you go into Hollow Knight expecting to know the whole story by the time you finish the final boss, you’ll be disappointed. Since all the lore is provided piecemeal throughout the game, it’s difficult to remember every little scrap of info, especially since it doesn’t affect the moment-to-moment gameplay. Even if you somehow can, certain things are left open to speculation. That being said, the game provides sufficient detail to allow you to make educated guesses, thus ensuring that the speculation remains fun rather than frustrating. And with fans poring over every moment of the game for clues, there are plenty of theories to discuss. 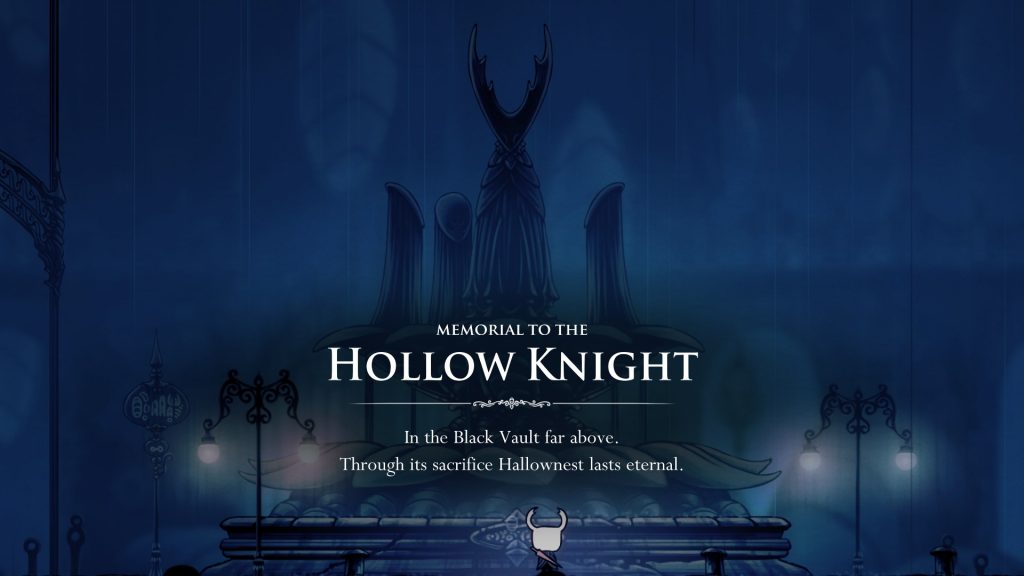 Hail to you, champion!

It is hard to fully describe the experience of Hollow Knight within the space of two paragraphs, but here it is in one word: AMAZING. With Metroid’s map design and hidden features, a gorgeous hand-drawn art style, a Castlevania-esque combat system, and entirely unique lore, Hollow Knight solidifies itself as one of if the best Metroidvanias of all time. I had never thought I would enjoy a game about bugs so much. 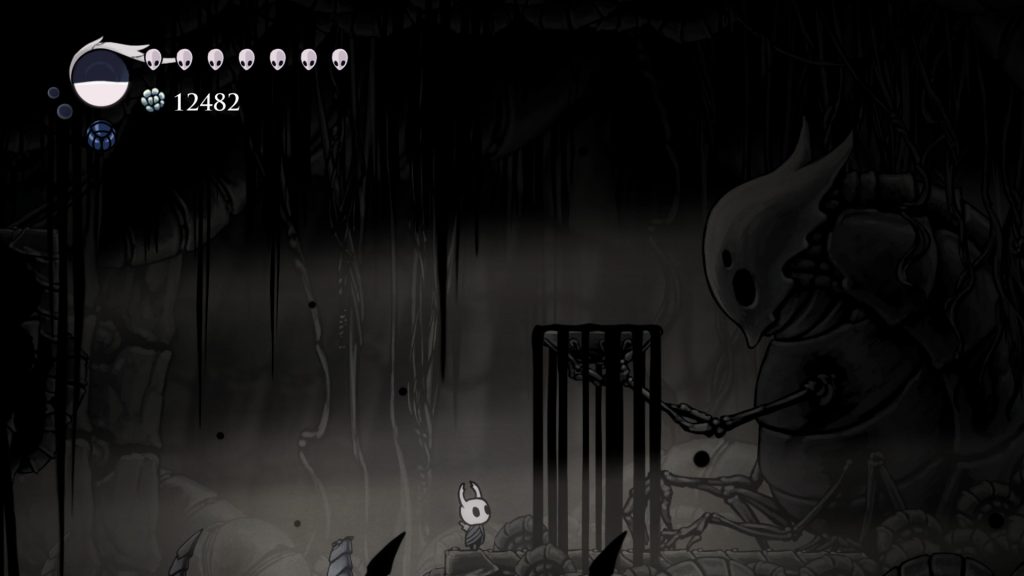 Did someone say Metroidvania?

Out of the 37 hours I had spent playing Hollow Knight, not one of them was boring. The oodles of collectibles therein made it a level of addicting I hadn’t experienced since playing Skyrim years ago. The world is occasionally creepy but beautiful to look at, and the music is immersive and chilling. My only complaint is that the difficulty can be infuriating at times, but most of the game is based on user-error, unlike the cheap tricks common within the genre. All in all, Hollow Knight is a highly recommended experience for all gamers, and a must for any self-respecting platformer. 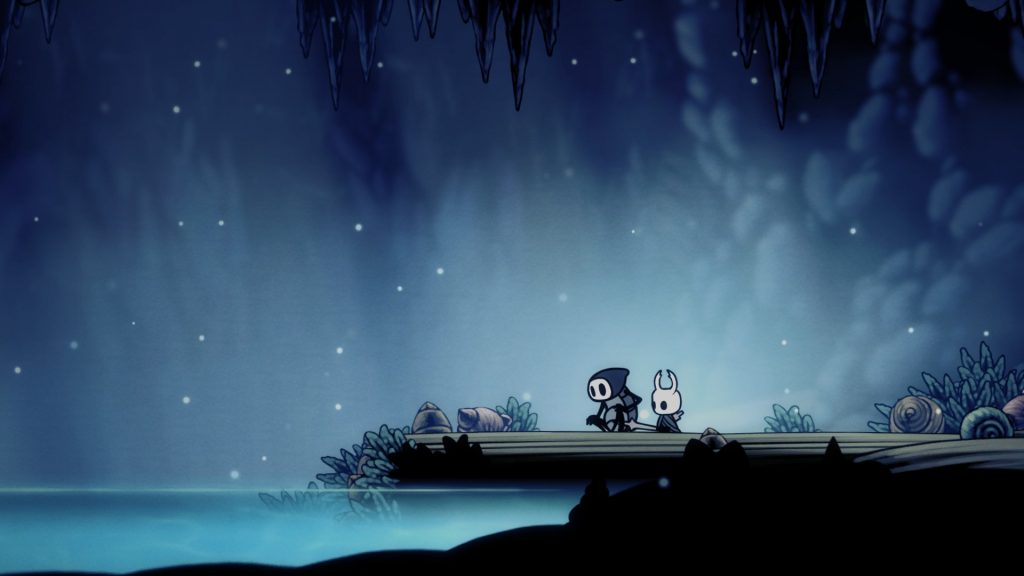 A moment of reflection.

As I explore the dusty hallways of the Forgotten Crossroads, I feel like I am a bug crawling through the decayed remains of some giant beast. The world of Hollow Knight is an ancient, abandoned city which is reminiscent of something from the mind of Neil Gaiman. I love the erie, melancholy music which adds to feeling abandonment. In the back of my mind, I thought that there was a section of the Old Testament which talked about a valley of dry bones which seemed similar to the feel of The Forgotten Crossroads in Hollow Knight. 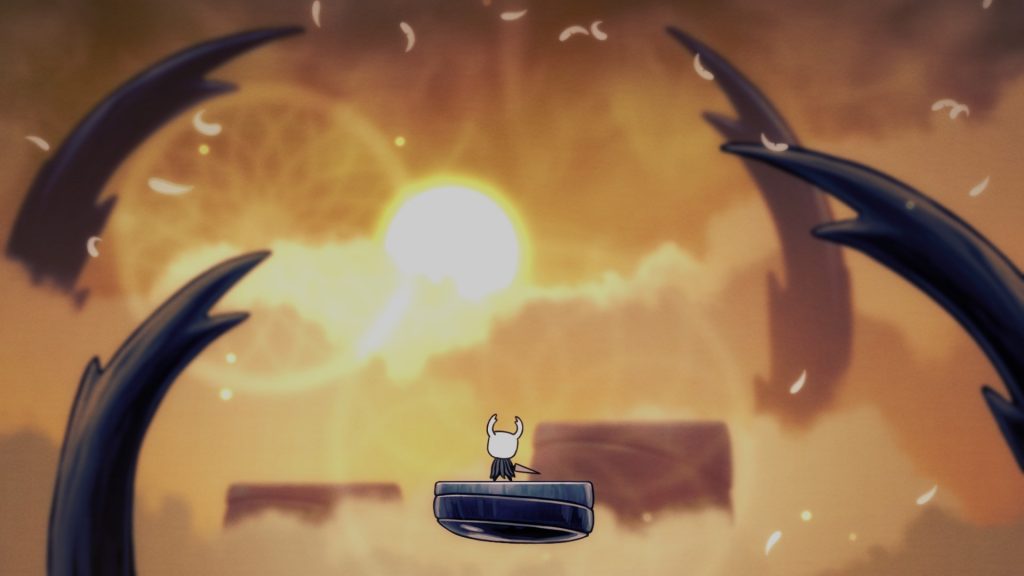 There are certainly some Christian themes that can be found in this game.

I was able to find the story I was thinking of in Ezekiel 37:1-14 which is the story of the prophet Ezekiel when the Lord brought him to a valley of bone. God asked Ezekiel to prophesy over bones, and the bones came to life gaining flesh. As I brought life back to The Forgotten Crossroads, I was reminded that God brings life to my bones by His words and through the Holy Spirit. 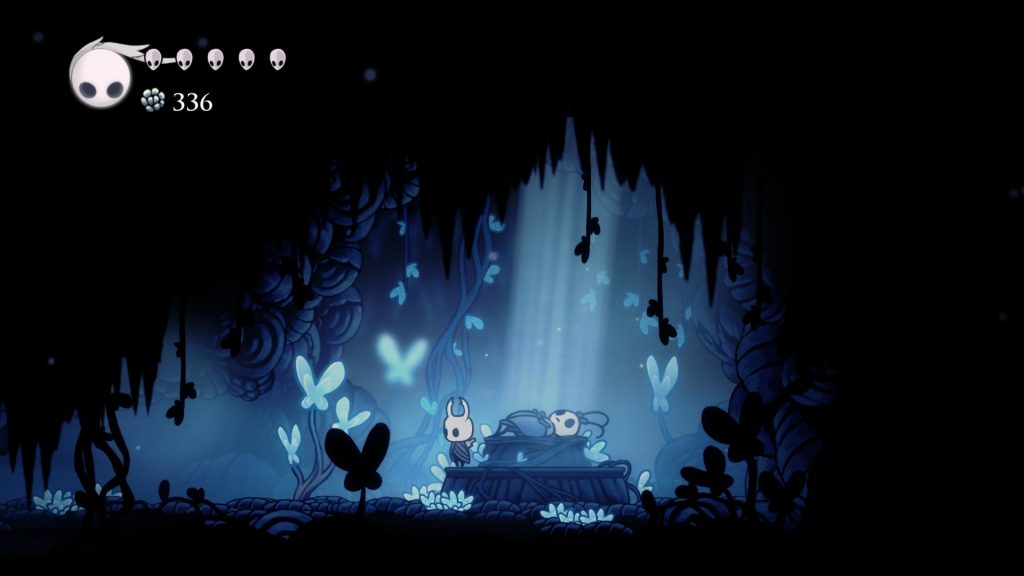 The first time I ever started Hollow Knight was during a 3 A.M. shift during our March 2018 Pledge Drive. The somber tone was just right for those graveyard hours and the action was tense enough to keep me and my small audience awake. The mysteries of this world and its creatures were what kept me going until it was time for the next person to start their shift. Unfortunately, it would be quite a while before I would return to the Hollownest. 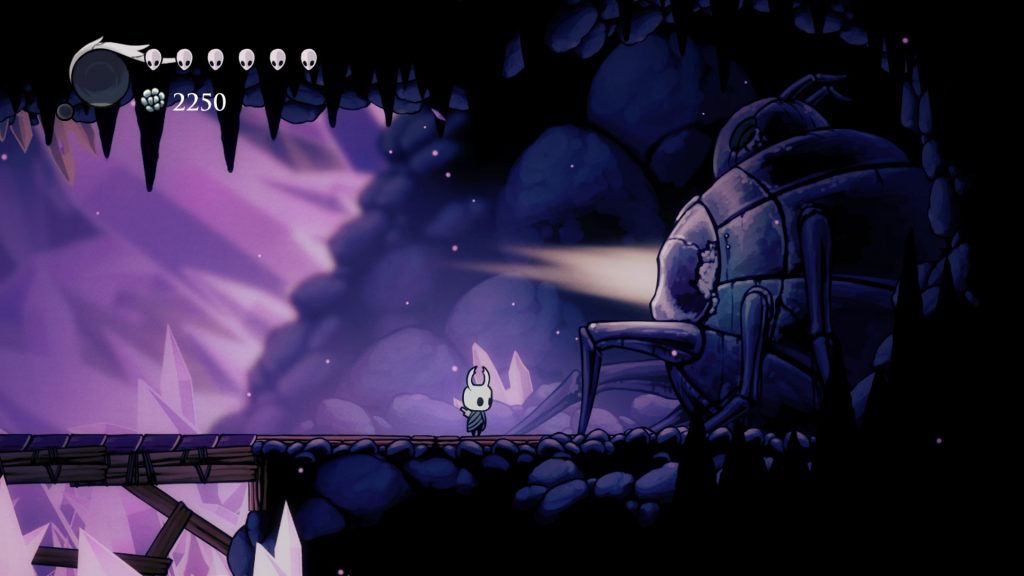 Many of us had to take breaks from Hallownest because some items were hard to find!

I purchased it again when it came to Switch during E3 2018 in June. Though I didn’t jump back in right away, I eventually got hooked. This is not a game I can binge, but I get sucked back in every time I start it up. Much like a Souls game, every chunk of progress I make feels rewarding. If I get stuck, I put it down until the next time I’m ready. The world of Hollow Knight is not one I have spent a ton of time with, but it is unforgettable thanks to those memories and sitting in my Switch library waiting for me to return whenever I please.

The next page contains SPOILERS!