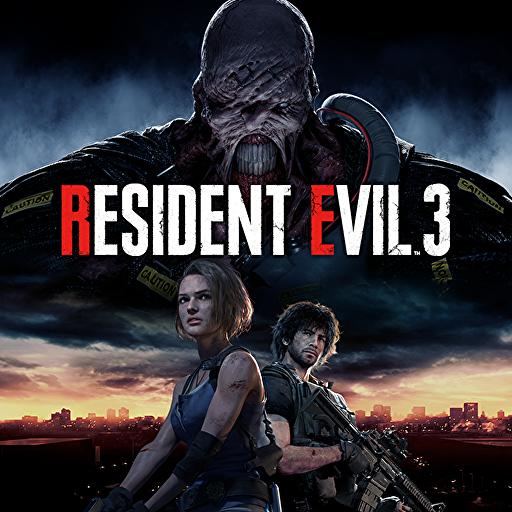 I never thought I’d be previewing a game about a viral outbreak during a real life pandemic, but here we are.

With Resident Evil 3’s 2020 remake slated to release April 3rd, Capcom smartly released a demo of the game on March 19th. As a fan of the tank-era OG PlayStation Resident Evil games and as the reviewer slated to do a write-up on the full game, I had to sink my teeth into it. So here are my initial thoughts from the Resident Evil 3 remake demo.

Like RE2, RE3 makes great use of Capcom’s RE engine. The environments, effects, and characters all look great.

The original Resident Evil 3 on PS1 also took place in Raccoon City itself, but the prerendered backgrounds with their harsh lighting still oddly made it feel like the player was in a claustrophobic indoor environment. Not so here. The player feels like they are trapped in a sprawling urban environment amid crisis, with lots of different landmarks providing visual cues. 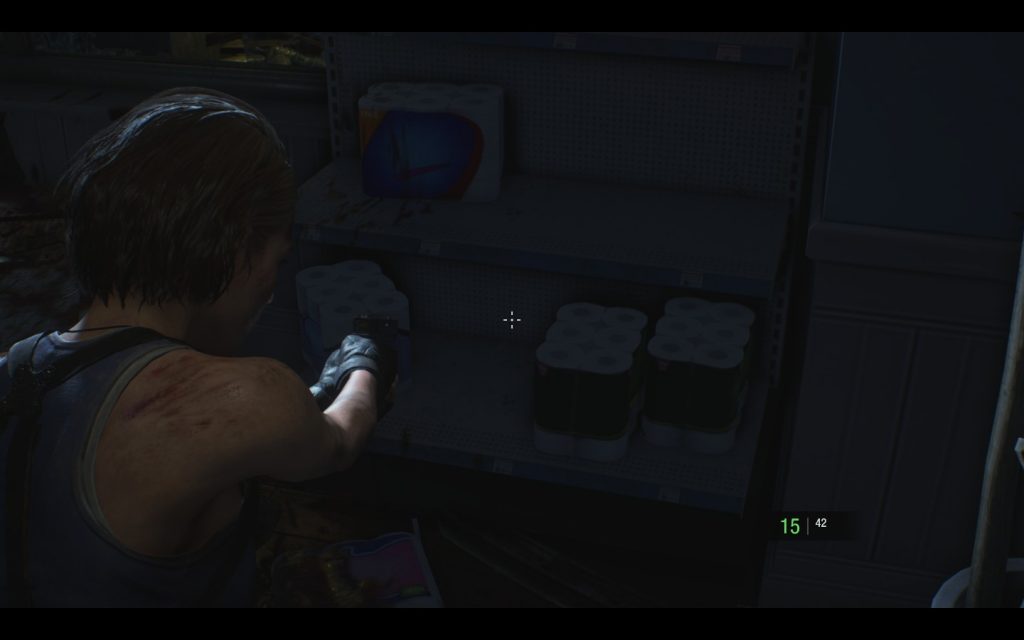 One thing can be said about the good people of Raccoon City: During a pandemic: they don’t hoard the toilet paper.

The voice acting in the demo didn’t seem to harbor any awkward idioms, which I was a worried about with the character of U.B.C.S. Commander Mikhail Victor—an English-speaking character with a Russian accent written by Japanese writers. And though Carlos Oliveira has an anime haircut, he speaks good idiomatic English that doesn’t feel badly written or forced.

Mechanically, RE3 2020 functions almost identically to 2019’s RE2 remake, though, like the original RE3, it introduces a dodge mechanic. When properly timed, the dodge grants the player a slow-motion moment to reposition or take an accurate shot. This is a lean more toward the action-style gameplay that later became the hallmark of the Resident Evil series and, in my mind, marked a decline in the survival-horror tone that made the series famous. 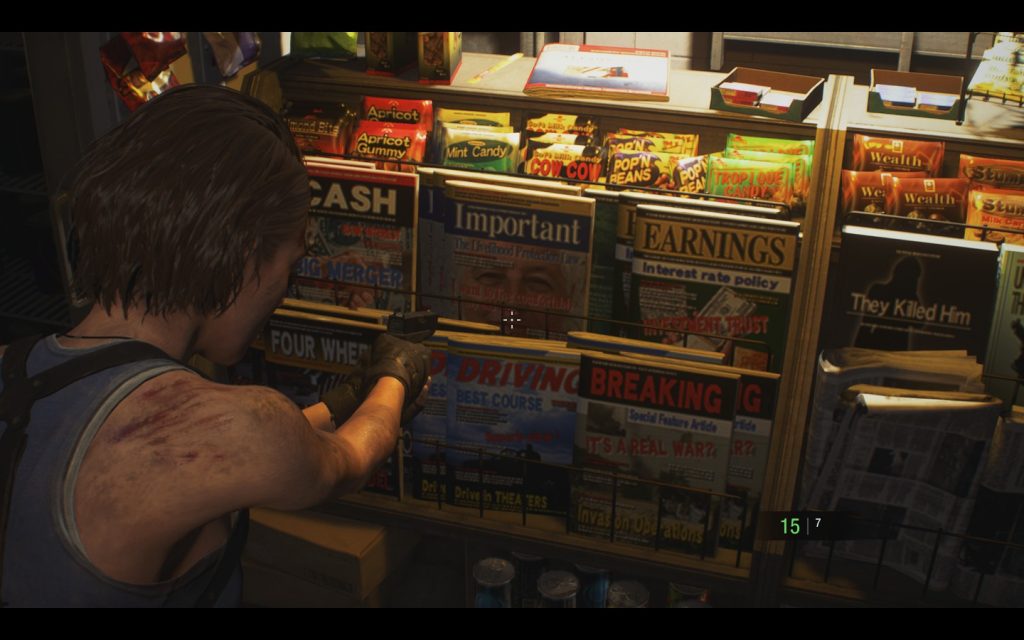 Raccoonians stay abreast of the news by reading Important Magazine.

Though the multiplayer Resistance game mode is in open beta, the demo did not provide players the opportunity to try it. Will this game mode help mitigate some of the replayability issues I mentioned in my 2019 review of Resident Evil 2? If nothing else, it seems to be a step in the right direction.

Exploding red barrels. They were in the original, so it’s true-to-form to have them pop up here. They concern me, though, for a reason I hinted at above: They mark a tonal shift from survival-horror to action gameplay. I understand their function in both the original and remake of RE3, because each game features a lot more zombies than their predecessors due to the urban setting, and the player simply can’t fight ten zombies at once, so…explosions! There were at least three red barrels to shoot in the demo alone, which suggests to me that these bad boys are gonna be all over the full game. Hopefully, they don’t ruin the sense of dread and foreboding that was so well-done in 2019’s RE2 remake.

Based on the demo alone, the RE3 remake seems like it will take what was great about the RE2 remake and run with it. I’ll look forward to providing a full review of the game once it premiers April 3rd.