Review: Life is Strange Before The Storm Episode 1—Awake (Xbox One) 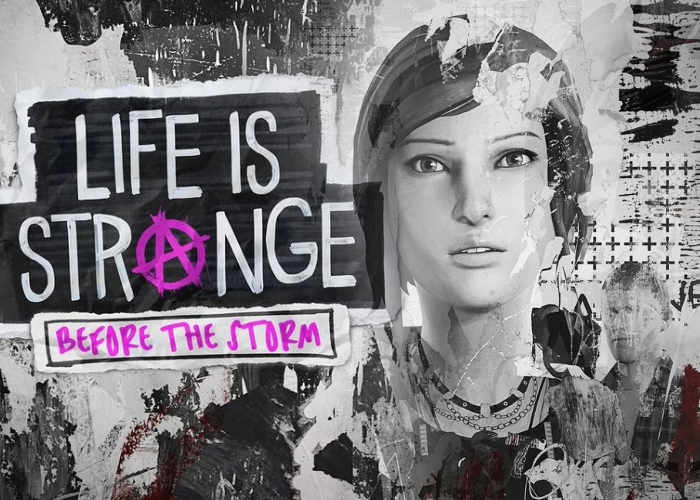 Some characters get mad and break things, yelling and some fighting, destruction of objects

It’s Chloe Price—the f-word is a casual phrase for her, so there’s plenty of strong language in dialogue. The Lord’s name is often taken in vain.

There’s a reference to “hooking up” with someone and some dirty jokes, but not much. Chloe can express romantic feelings for Rachel Amber, a female friend.

Chloe uses weed, and a drug dealer is a prominent character; smoking happens occasionally. You can drink a bit early on in the game.

Before the Storm takes an honest look at growing up as an outsider. Friendship and having hope are very important themes. Chloe, while having some strained relationships, tries to be there for others and cares. Before the Storm shows how we have to remember how big the world is, especially in the midst of heartache, so we keep a sense of perspective.

Never have I seen a game capture the swirling, confusing puzzles and triumphs of young adulthood quite like the Life is Strange series. Players of Life is Strange will remember the whirlpool of emotions, hardships, and mysteries of both Max and Chloe’s lives that they have to figure out. Before the Storm takes us back to when that whirlpool was beginning in the life of Chloe Price. Before the Storm‘s first episode, “Awake” delivers what audience’s wanted through Chloe Price herself, attention to design, and by capturing so much through incredible story-telling. 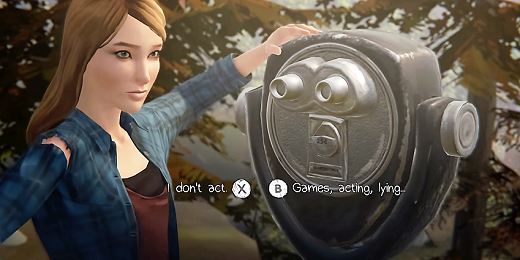 I booted up the game at 11 at night, exhausted and obliterated from my second week of real college. I don’t think I’ve ever felt more lost, confused, or out of my element. And somehow I immediately connected with this wanna-be tough girl. From the get-go, you’re entirely Chloe Price as her persona entirely takes up this game. This isn’t the soft-spoken, go-with-the-flow Max game of renown anymore, and is instead the zero-to-twenty, angry but cares Chloe game. Not long in, you’re having insult wars and getting into places you really shouldn’t be.

But even if you didn’t like Chloe much in Life is Strange, there’s something endearing about Chloe here. Her writers realistically captured what an angsty, angry, and rebellious teenager really is at their core: hopeless, and trying not to care as much as they do. F-bomb flinging, backtalking Chloe could have so easily been an absolute pain to play. But she isn’t. I  genuinely connected and understood her. At this point in her life, she’s struggling with her dad’s death and feeling entirely aimless. 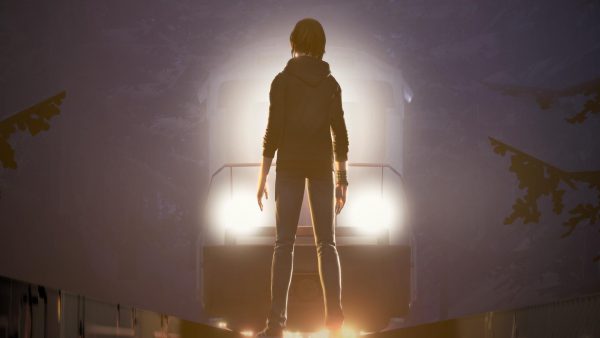 Maybe her methods of dealing with her heartbreak and grief are questionable. I wish I could tell her that drugs and late night parties won’t help her pain in the long-term. However, seeing beyond her poor choices that she’s trying. You can hear even through her sarcasm towards her mom and her jabs at her step-dad that deep down, she still cares. Her writers knew how to make Chloe a full character, having multiple sides and parts to her personality. She seems real. Honestly, I think I know a few Chloes in my own life.

Beyond just Chloe, Square Enix’s attention to design is apparent. From the details in the different settings to how they adapted gameplay, Before the Storm shows that they actually loved making this game. In Life is Strange, Max’s time-reversing abilities made up half of the gameplay. With that gone, the already barely-there gameplay is gone, right? Wrong. Before the Storm adds a “back talk” system that uses Chloe’s observational and sharp-tongued abilities to get through any obstacle. The choices are still important and exploration still remains a large part of the game. 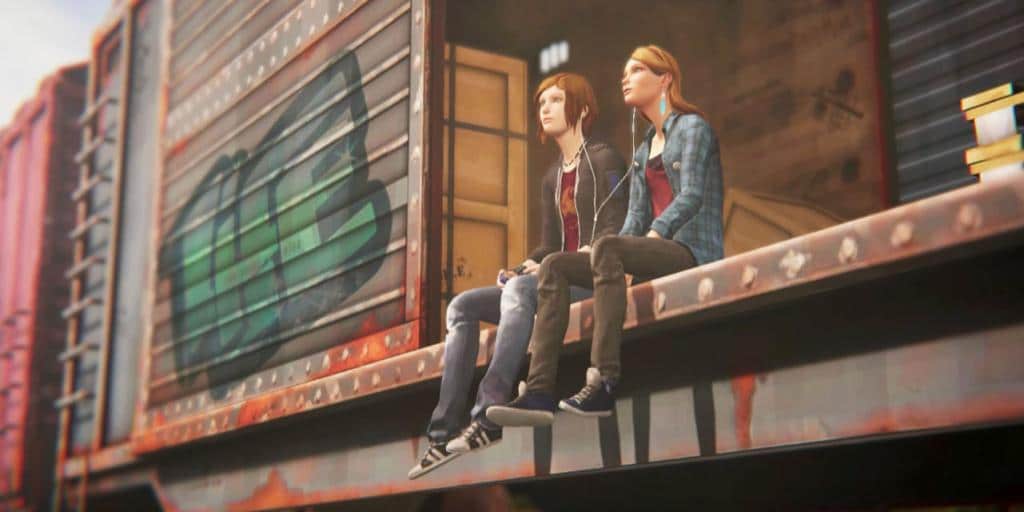 Beyond gameplay, a lot of love was put into designing the world of Arcadia Bay. Search every corner. Walk every street. Talk toevery human. Square Enix put little Chloe-flavored treats everywhere and they are worth the effort. Life is Strange relies a lot on aesthetic and Deck Nine put serious effort into making Before the Storm’s music, surroundings, and mood fit Chloe’s character. Just the fact they paid attention to so many details is wonderful. You genuinely feel as if you’re returning to another world. The graphics are beautiful and some scenes will be the envy of your best travel photography.

As far as storytelling is concerned, Before the Storm‘s first episode gets right into the action. The story, at its core, is going to be a mystery, but Awake doesn’t really make it clear what that mystery is going to be right yet. The events mainly focus on the blossoming relationship between Chloe and Rachel Amber. Whether this is platonic or romantic is up to the player. The characters themselves are incredibly well-developed and dialogue rarely at all feels unnatural. There’s little filler as you progress and the story feels like a natural extension. 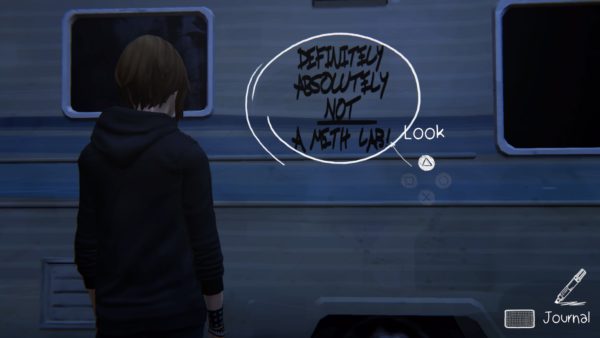 Issues with Before the Storm really depend on your personal opinions. If you are bothered by language, drug use, or just teenagers making bad choices, you won’t enjoy this game. It’s not horrible, but be advised that this story includes such things. Beyond that, if you’re bothered by high levels of angst, some of Chloe’s dialogue will grate on you. She’s a very rebellious and full of bravado, so she’ll be annoying to those who don’t have any patience for that.