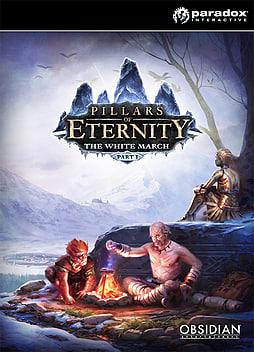 I’m trekking through the icy tundra, the cold eating away at the stamina of my party. We are  beset on all sides by bandits, ogres, and mercenaries, all in pursuit of an unknown prize. I  am back in the world of Pillars of Eternity, and it is a welcome return.

You can read all about how much I loved the vanilla game, and about its content, here. The White March: Part 1 is the first of a two-part expansion for the game, and is inserted after your Watcher takes control of Caed Nua but before the point of no return near the end of the  game. If you have no saves before this point of return, you’ll have to start over if you want  to play this expansion.

We’re back in the Dyrwood, hunting down cults and reading people’s souls—the usual—when the steward of Caed Nua receives a letter. The village of Stalwart, located in the frozen region to the north known as the White March, requests the aid of the Watcher. Being the benevolent soul that you are, you gather up your buddies and begin your journey north, whereupon you find your destination under siege by ogres. Upon clearing the village of these ogres, you go on to meet the chieftess of the village, who explains to you their plight. The people of the village need you to find a way into Durgan’s Battery, a long deserted dwarven fort believed to house a legendary forge. In case your Watcher doesn’t care, it appears that the cult you’re hunting has also come through looking for a way into the Battery. And thus begins your quest to get into the Battery and get yourself some sweet, sweet loot—I mean help save the village.

If you’re looking for more of the deep, complex story found in the vanilla game, I’m afraid you’ll be more than a little disappointed. The plot here is fairly thin, and the payoff did not exactly make it all worth it. The two new party characters do help to alleviate this, however. Your two new adventuring buddies are the Devil of Caroc, a snarky living machine with a penchant for murder, and Zahua, a dual-wielding monk with many a humorous musing. These characters both have their own backstory and personality with quality that we have come to expect from Obsidian. This is a developer that knows how to write, and it’s clear even in the minor characters that appear only for a short time. Zahua and the Devil can come back with you to the main game, so don’t worry about losing them once the fun in the snow is over. 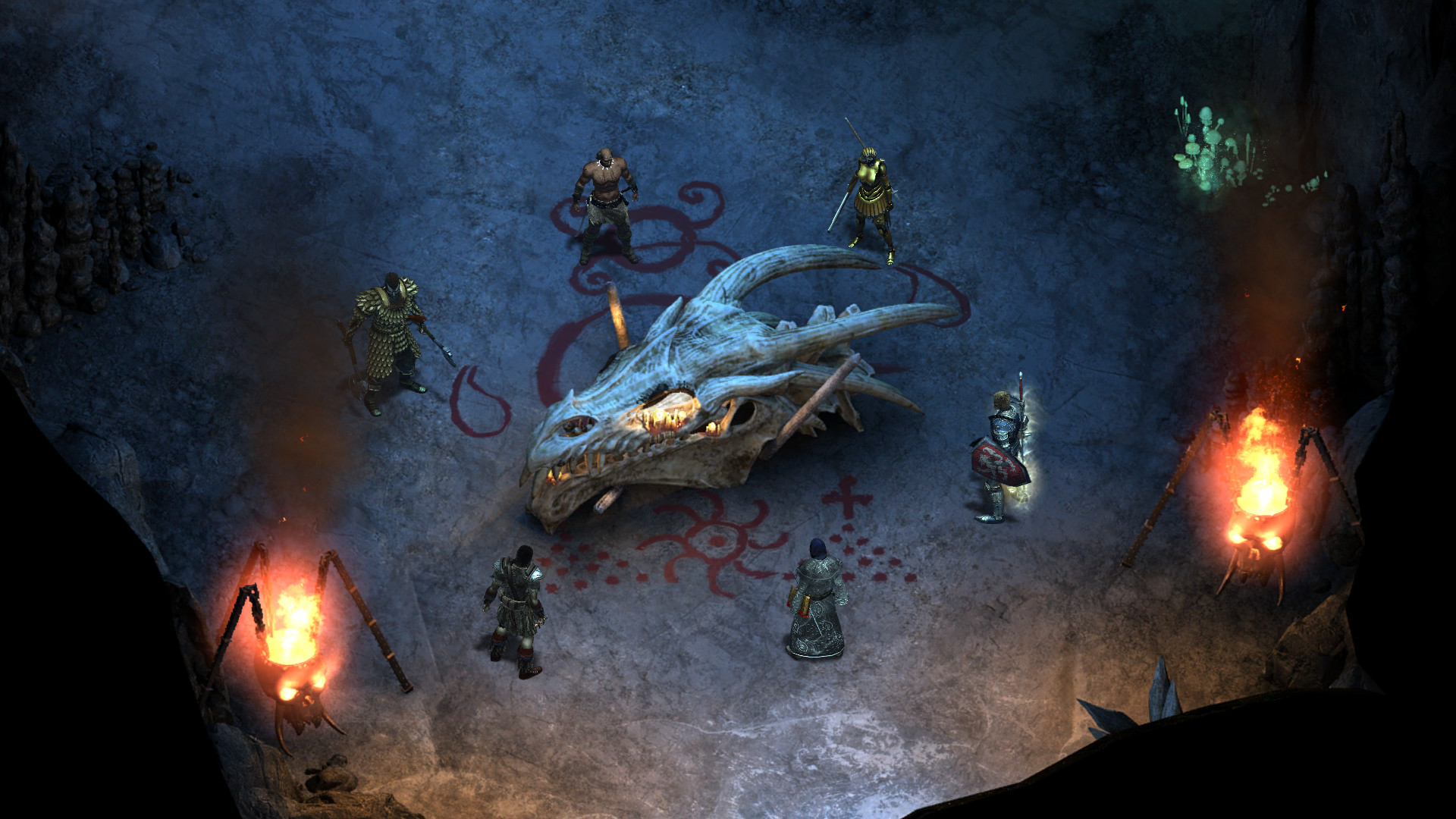 This expansion has a much heavier focus on combat than the vanilla game. Once I got the hang of it, I found the combat fun, but I still feel that this is another instance where the decision to have combat give no experience points is a poor one. Since there is so much time spent grinding enemies, I am  disappointed that every enemy I kill isn’t making my team any stronger. Still, if you were a fan of the combat in the base game, then there’s plenty here to whet your whistle.

To enhance the increased levels of combat, enemy AI has been improved. Now enemies will use tactics like flanking and will disengage from melee fights to go after ranged combatants. To counter this, you can now set some AI scripts for your party so that you can do a little less micromanagement and a little more cutting down hordes of monsters. The game remains a difficult one, with my party frequently getting wiped because I didn’t realize an enemy was immune to a certain type of damage. Other times, enemies are simply being overpowered.

Since there isn’t as much story to work with, there isn’t as much decision making going on. However there are still some fun and interesting sidequests to keep you busy and make up for the EXP that you’re not getting from combat. There’s also a new high-level dungeon, Cragholdt Bluffs, to give high-level players a challenge,or just destroy any party under level 10.The level cap has been raised from 12 to 14 to further extend your adventuring. 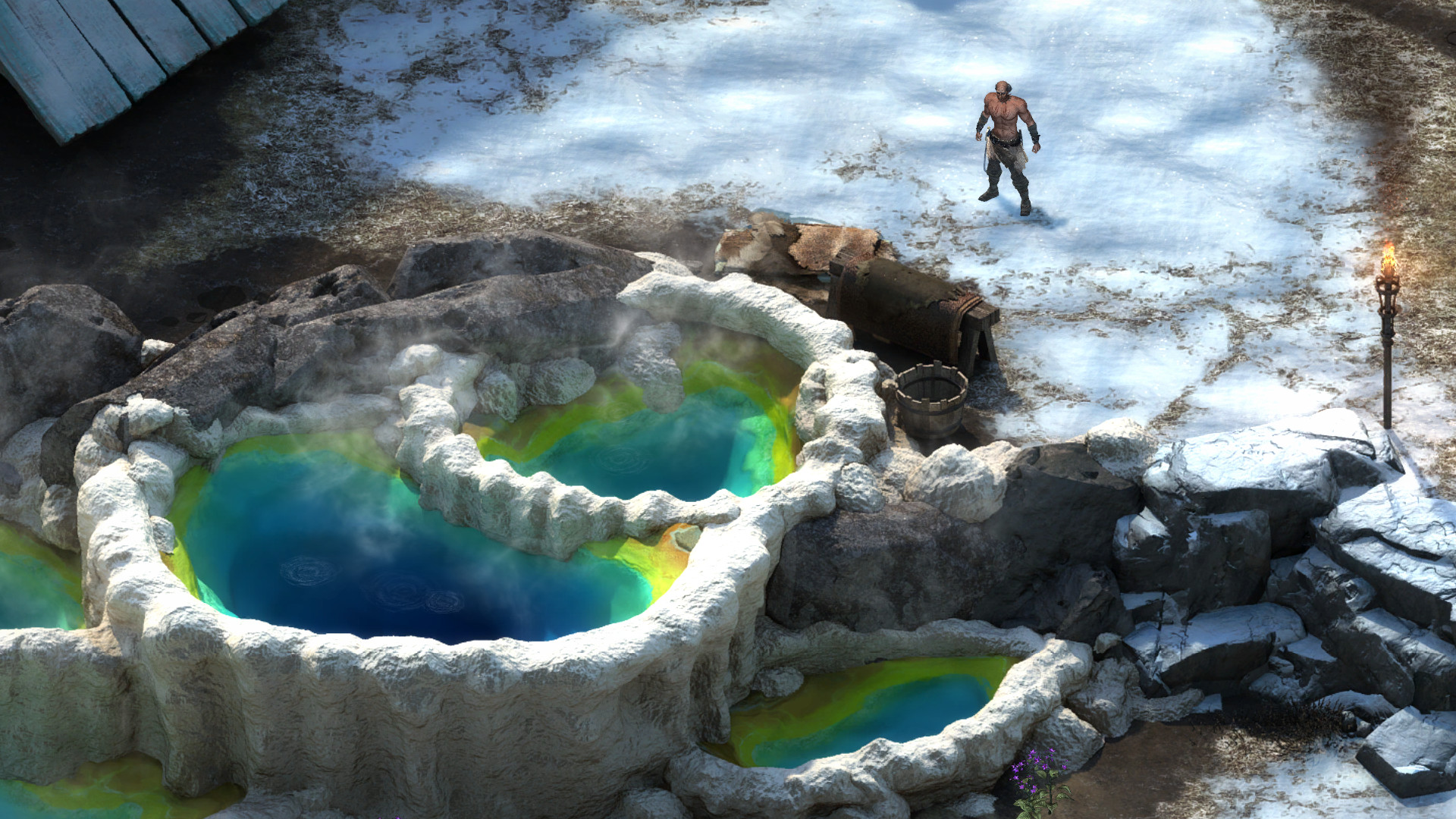 The game still looks good, and the snowy mountains of the White March are a welcome departure from the forests of the base game. The attention to detail in the drawn art style is still admirable.

This expansion comes with new background music, and it still makes for some top-notch adventuring tracks. The beautiful instrumentation makes trekking through the snow that much more immersive.

The voice-acting remains good for the most part, with the two new companions standing out as particularly well done.

I actually experienced more technical issues trying to play this expansion than I did when I played the main game. Frequent stutters and framerate dips took me out of the game, but that was not the worst of it. I had a problem where clicking continue from the menu screen would lead to a crash, almost without fail. Loading a save from before my most recent save worked to bypass that most of the time, but it wasn’t something that I should have had to deal with. This issue could be unique to me, but it was a major one worth noting. 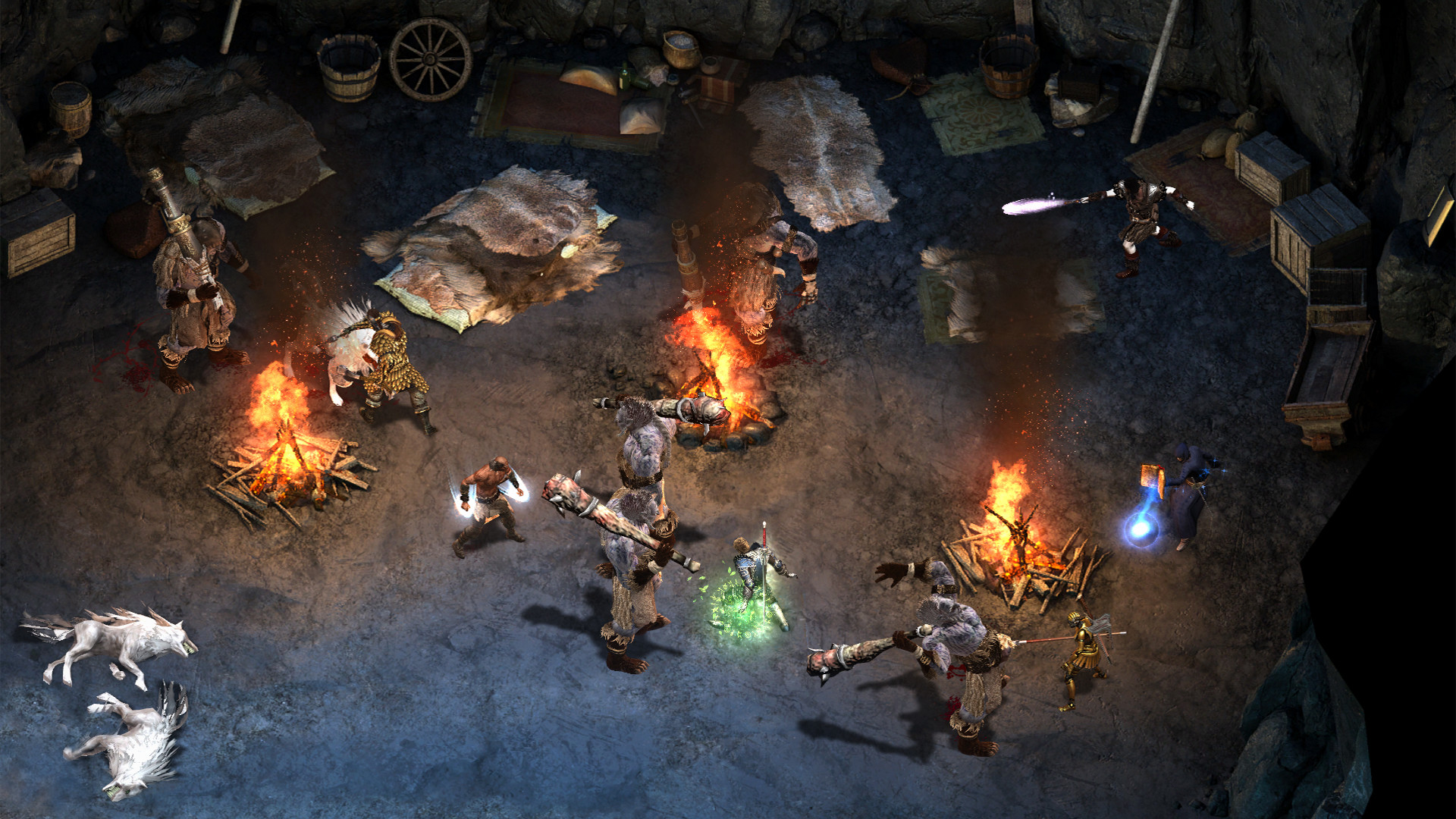 The White March: Part 1 is a fun return to a game I really enjoyed. While it seems like a bit of a step down from the main game, if you’re looking to get more from Pillars, then it will serve quite well. The change of scenery and addition of two new compelling companions are great boons, but the weak plot and some technical issues keep this expansion from reaching the heights that the vanilla game did. Perhaps Part 2 will remedy some of these issues

While it fails to reach the heights of the base game, The White March: Part 1 is a serviceable expansion. If you're itching to return to the world of Pillars or really enjoyed its combat style, then this will wet your whistle. Just don't expect anything special.