In the present conversation concerning the of most-anticipated indie games, only Indivisible rivals Bloodstained: Ritual of the Night in hype. Everyone knows that Japanese companies like Capcom and Konami have been disappointingly conservative in their deployment of beloved franchises like (any) Mega Man, Silent Hill(s), and  (2D) Castlevania. For the latter, Koji “Iga” Igarashi, is most famous for his role in developing (ahem, better) half of the duo of games attributed to the coining of the term “metroidvania”: Castlevania: Symphony of the Night, as well as its sequels on Nintendo portables. He would grow discouraged at the fact that his company shifted focus toward 3D games on consoles. This meant producing more entries such as Castlevania: Lament of Innocence. As SotN was Iga’s favorite game that he had a role in developing, he longed to do more. Taking inspiration from  Keiji Inafune, who left Capcom to produce Mighty No. 9. via kickstarter, Iga departed Konami to form the developer Artplay. Launching a Kickstarter requesting $500,000, fans who might not have showed up to buy SotN threw $5.5 million at the prospect of a spiritual successor. Here, we were able to get our hands on the E3 2018 demo courtesy of Wonacott Communications.

Those who will watch the QuickScope video might notice my cynical tone. As I consider SotN the greatest 2D game ever made, my expectations going into Bloodstained were astral. For those who recall, SotN begins with en epic showdown between Richter Belmont and Dracula, guitar riffs while ascending the tower, and a remastered version of the final boss music from Rondo of Blood on the PC Engine. Then, Alucard sprints through the forest with the speed that only a vampire is capable, barely making it across the castle’s drawbridge before the player gains control. 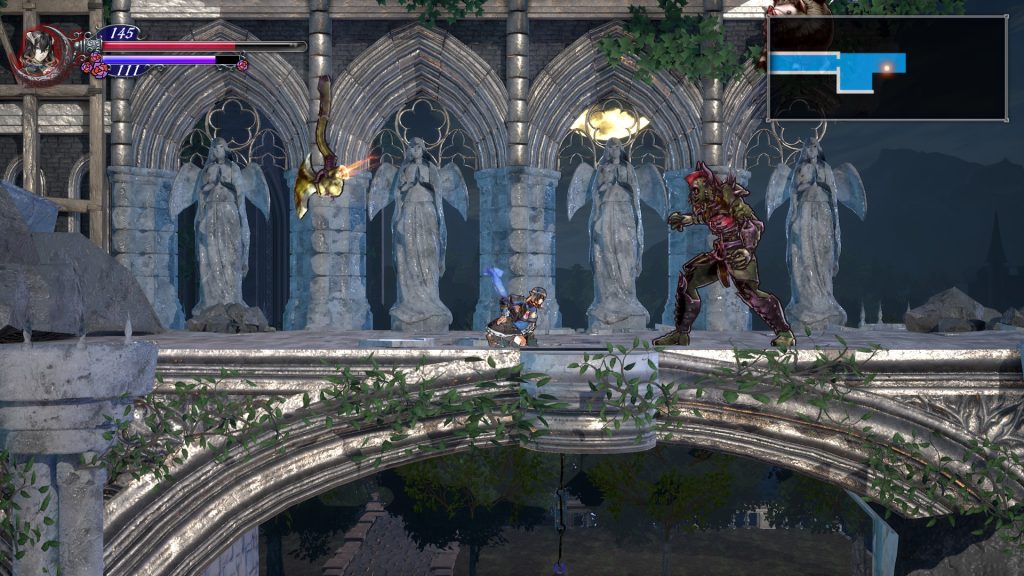 Enemies are large, but they ain’t in charge.

That was the precursor to the spectacular style of AAA setpieces that we have grown accustomed (MGS would do the rest). The Bloodstained demo omits all of this epicness, only retaining the long narration to explain the story. Alchemists—the 18th century equivalent of mages and scientists—fear that the Industrial Revolution will make religion obsolete. They essentially doom themselves by summoning demons to invade earth. Miriam, an alchemist’s experiment called a shardbinder, awakens as England is being invaded by demons for a second time, but they are now led by a fellow shardbinder named Gebel. Miriam seeks to stop him.

To be honest, I was only half-paying attention to the story during my first playthrough of Bloodstained, which took place during the video. I was eager to get started and discover what new enemies I would encounter, and what new skills I would use. Unfortunately, 1/4 of the demo the hour-long demo entails characters talking. I was very unconcerned with the game trying to provide an explanation for my character having powers like a Belmont or Alucard, for I just wanted to play. Revisiting these sequences after my first run, I…tolerated the story, but I would have preferred less exposition. 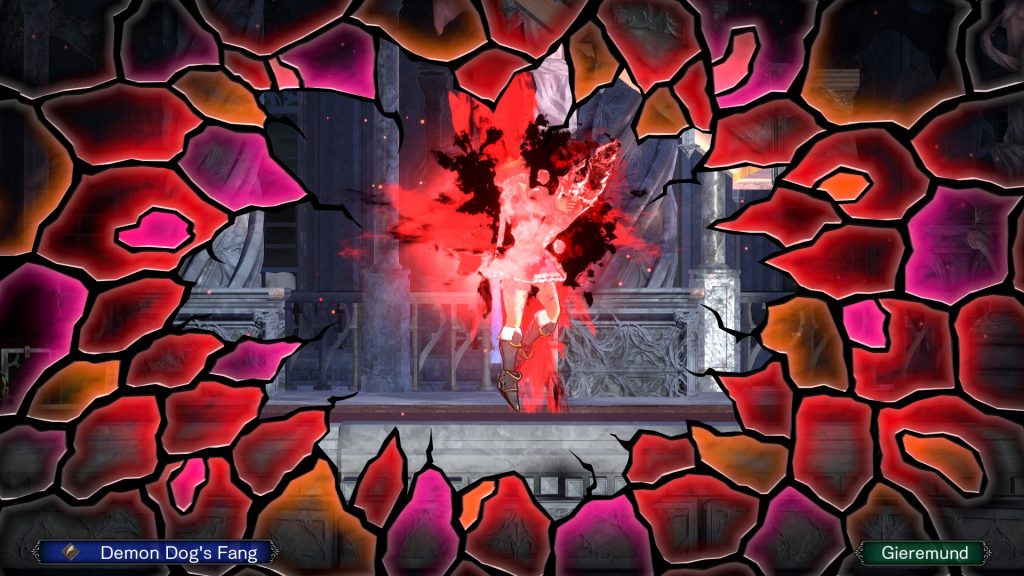 Gain powers by impaling yourself with giant stalactites called shards.

For those wondering, Bloodstained is indeed “Castlevania,” with a wink and a nudge. Enemies are monstrous both in type and scale, wit a dash of freakishness; after all, pigs literally fly, striking me as a metaphor for a game like this to become reality. The boss in the prologue ship stage is enormous, even if it is weak. This is because if one explores all the ship stage has to offer, one will find all kinds of swords, guns, and martial arts slippers to kick, slash, or shoot to victory. No weapon is generic, either. A short sword swings faster than a katana, and a katana swings faster than a claymore. I preferred the lance so that I could keep my distance while inflicting maximum damage.

The Bloodstained demo exhibits the “shard” system, which, for now, is little more than skills and magic. My first playthrough, it felt as though every single enemy wanted to give me more powers, interrupting the flow of the gameplay as my character, Miriam would absorb the “souls” of enemies so that she might mimic their attacks. Only upon subsequent runs did I find a shard that gave me passive powers, such as increased sword damage; I stuck with my polearms anyway. 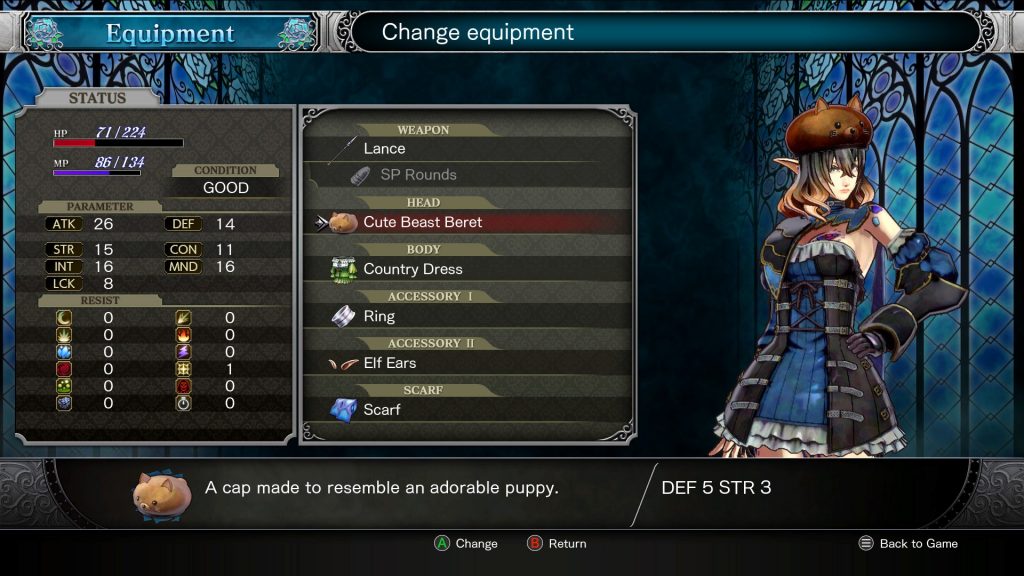 Why not be stylish AND cute? Seriously though: this is only possible with a female protagonist.

No powers like double jumping or turning into a cloud of mist were found. Time will tell how Bloodstained will live up to its namesake as part of the lineage that would coin “metroidvania.” For now, however, the 2.5D aesthetic provides an appropriate retro feel without sacrificing with aged mechanics, and the Michiru Yamane reprises her role as composer. Trust me: anyone who turns this game on will recognize the signature atmosphere-establishing orchestrated tunes, anywhere.

In other words, Bloodstained will not fail like Mighty No. 9 did, if that is all anyone wanted to know.