Pixelz Games, the developers behind Cefore, know a thing or two about getting a second chance. Initially they attempted to fund their game through a Kickstarter campaign; unfortunately, it failed. That might have been the end of the story had publisher Crytivo not seen something worth backing in their game. It may be premature to call Cefore a success story, but so far, I can certainly see what Crytivo found worthwhile in this cute and explosive puzzler. 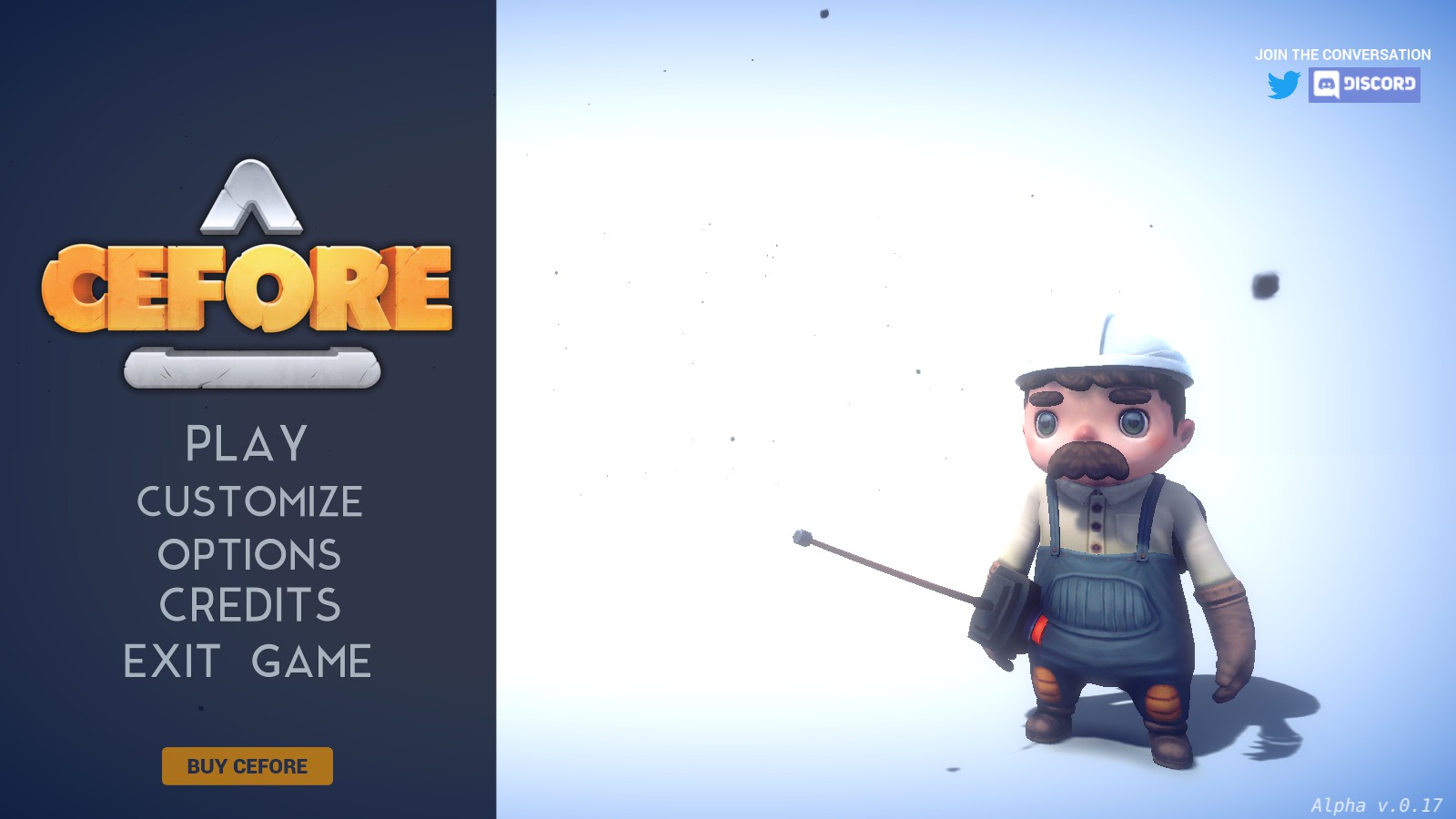 The basic concept of Cefore‘s gameplay should seem familiar to most. Using a limited supply of tools, the player must bring down various structures across the game’s levels. It’s a premise used in games from Besieged to Angry Birds, and thanks to the game’s physics engine, it is intuitive and easy to pick up. Cefore revolves around collecting blue data blocks which you retrieve after knocking them into a specific area. This means you can’t blow stuff up however you want; like a real world demolition crew, you must control your destruction to ensure everything falls where it’s needed. 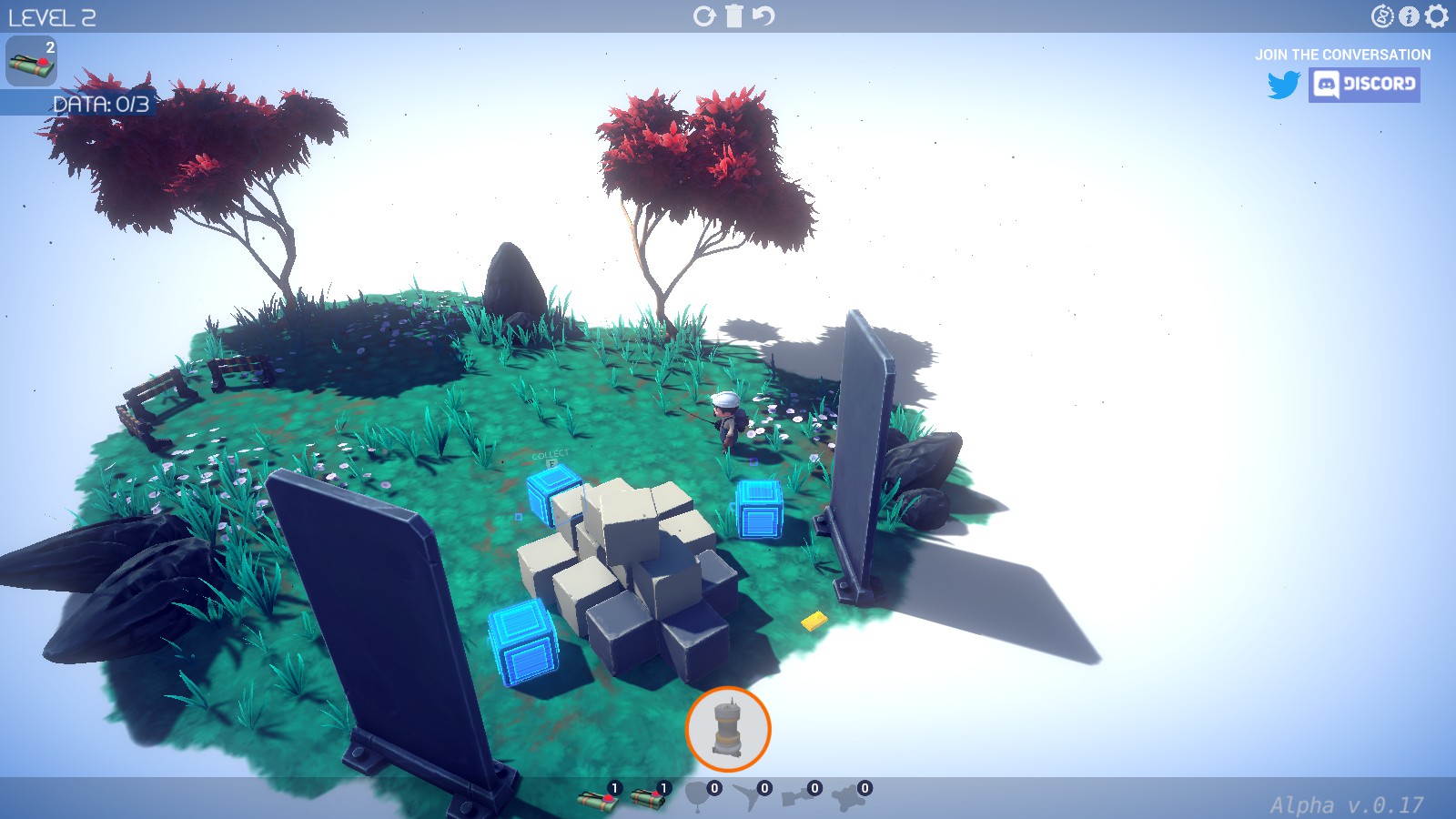 The tools you have in your belt for this job are simple but effective. The obvious go-to tool are the bombs, which come in two sizes depending on how much you want to blow up and how far you want blocks to fly. However, if you want to succeed you’re going to have to use more than explosives. You’ll need hot air balloons that can lift blocks out of the way, or beams that can support structures you want to leave undisturbed. A grappling hook pulls on blocks, while the oddly named warp zone sticks them together. The developers have indicated that these are most if not all of the tools that they want to introduce; like any good puzzle game, Cefore focuses on making you use your limited arsenal in creative new ways. 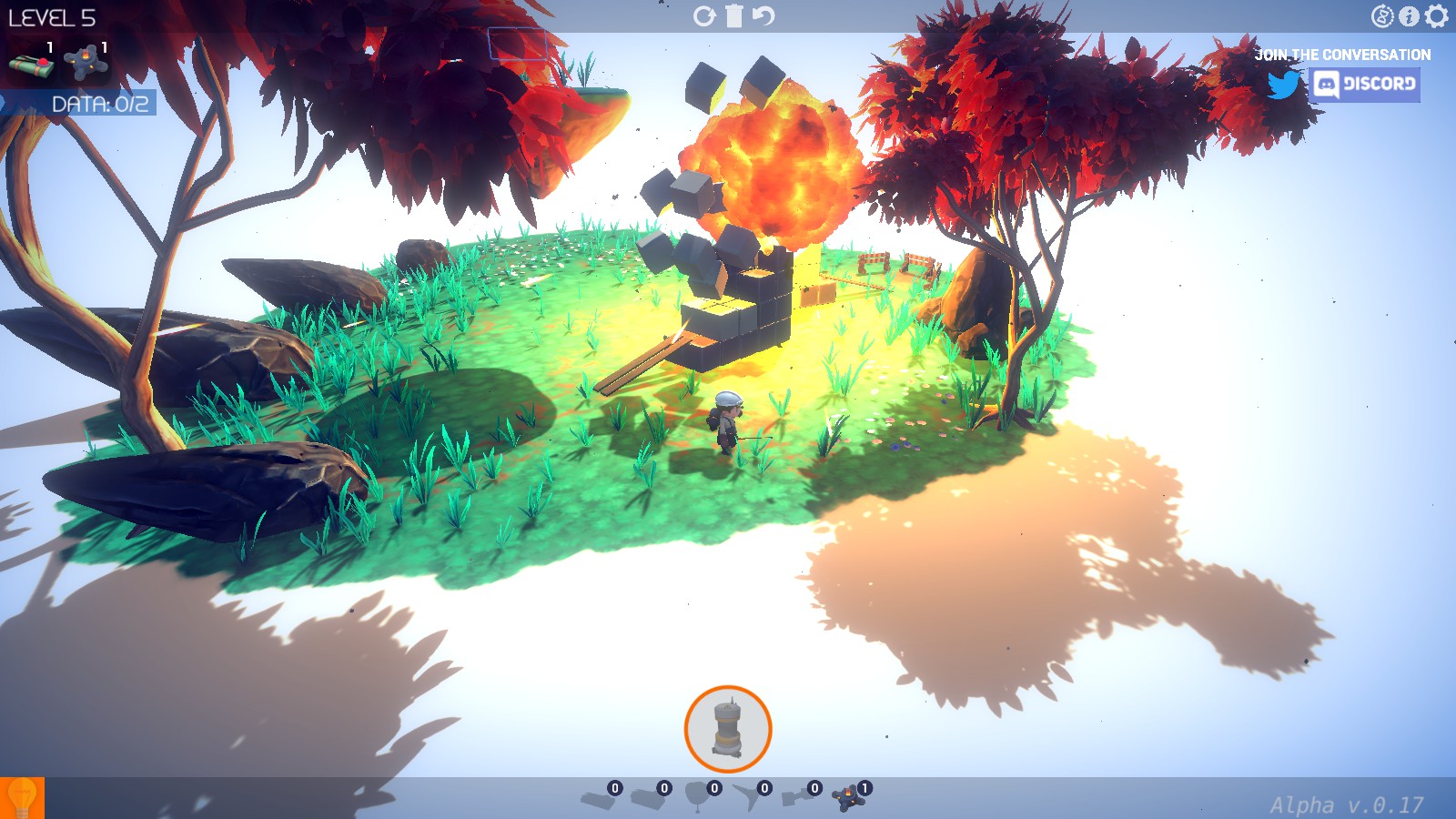 The art style of Cefore is, in a word, cute. The menus are simple, but elegantly so. The portly little main character is adorable to watch waddling around the stage or zip around on his jetpack. There are a few customization options available right now, with more on the horizon. Regardless of how you dress him, his simple design still oozes personality. You can just feel his pride when he wins a level and plants his flag in the ground. And if you ever do fail a level, it’s even enjoyably comical to watch him fly a little bit from a poorly placed explosive going off. Just get him a nice new hat afterwards to make it up to him. 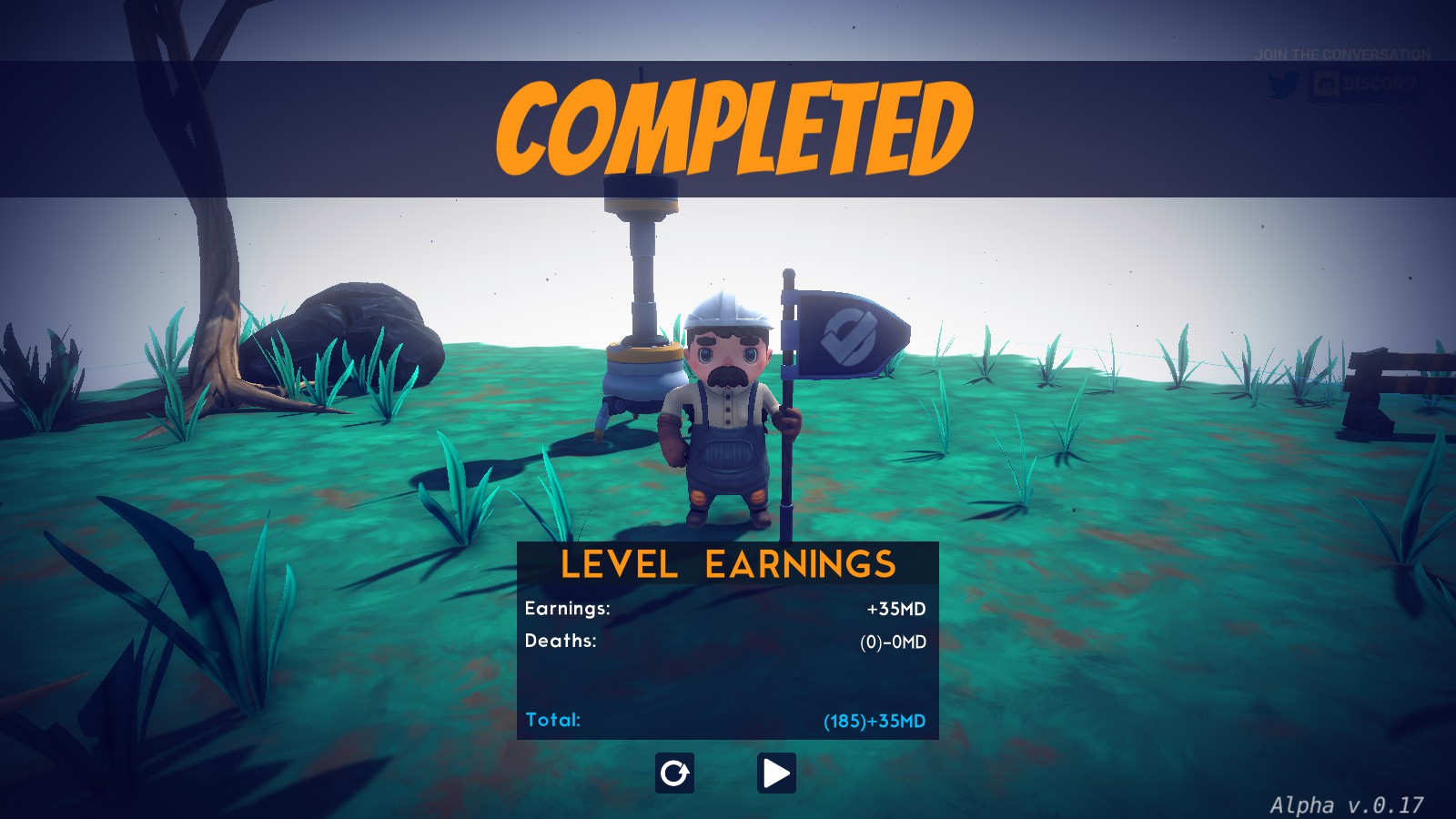 The levels themselves have a colorful core set against stark white backdrop, an aesthetic I honestly love. Within the main level, the colors contrast against each other well; you won’t ever miss an important detail because it blended in too well. One minor gripe I have is that the mouse cursor is a very similar shade to the white background; if you wander too far from the core of the level it can be nearly impossible to figure out where it is without pausing. Considering this is still in Alpha, one small visual complaint like that bodes well for the future I’d say. 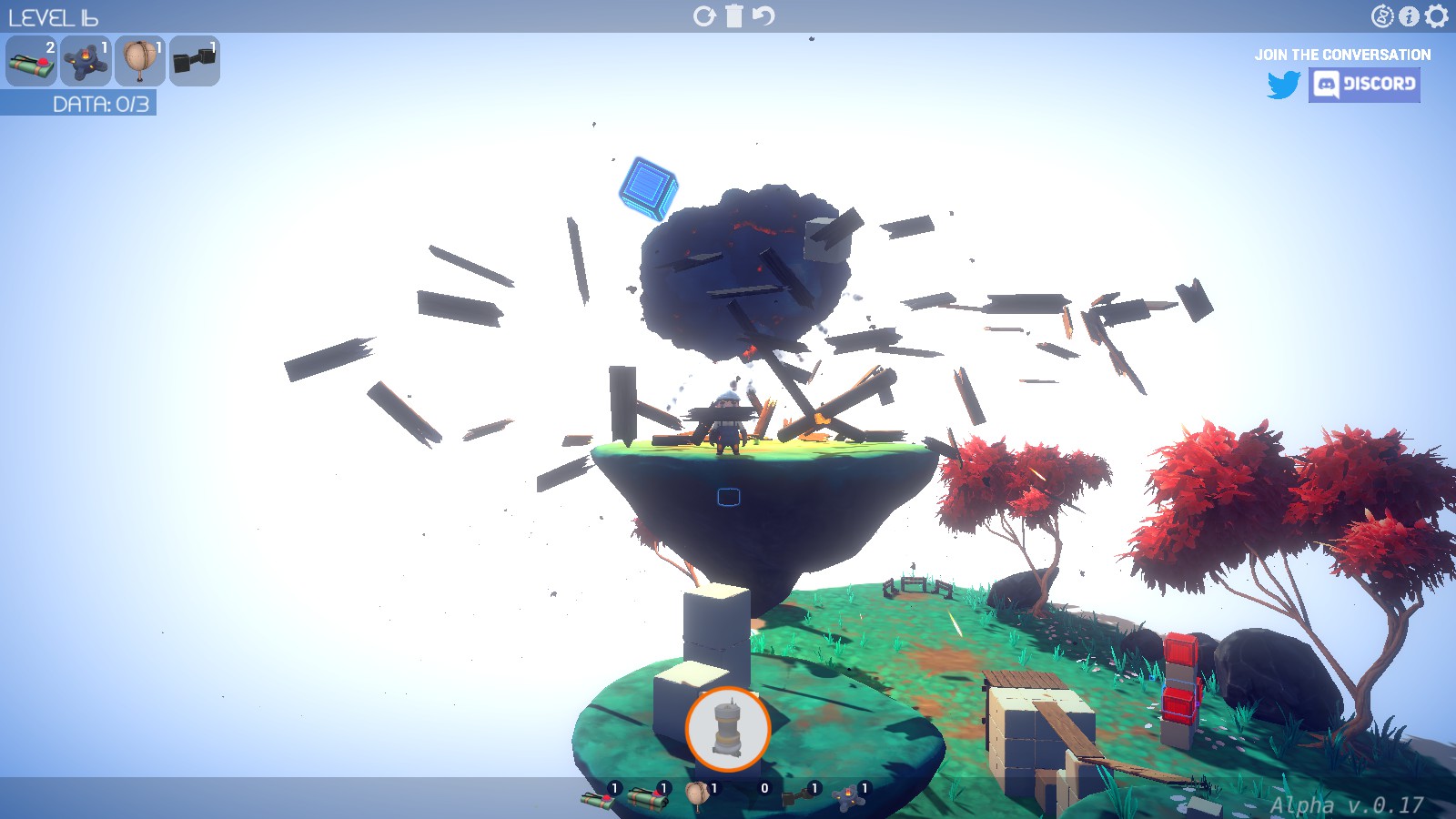 The puzzles themselves seem well designed so far. Each stage only allows you to use a certain number of specific tools; if you’re stuck, using the tools you have at your disposal to logic out the intended solution is possible. In game tutorial screens indicate that later levels might use a different format. Instead of being able to use only X amount of a particular tool, they would instead cost a certain amount of money to use each. I think this would be an excellent idea: it would reward creative thinking and a minimalist approach. Anyone could finish the level by peppering the entire area with bombs, but a devoted puzzle solver will find their own personal way to get things done with just two hot air balloons and come chutzpah. 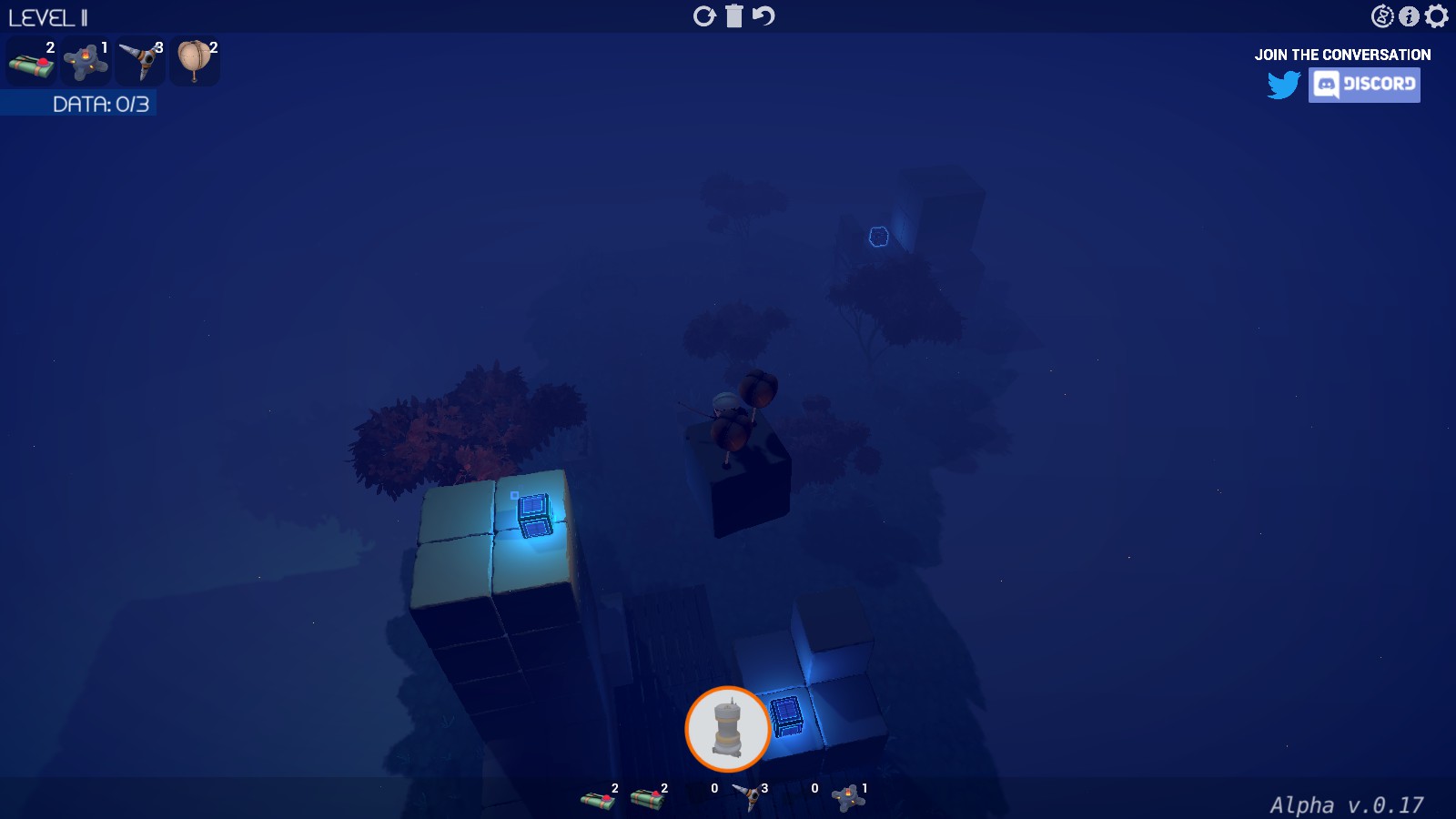 Even now in the early stages, the game shows a lot of promise. The developers have even intimated that they are considering adding a level builder in the finished product, which is something that greatly excites me. Any puzzle game lives or dies on the variety of its puzzles; as long as you can make each new level feel new and fresh, I’ll keep coming back for more. Mining the collective imagination of their fanbase could stretch the replayability of Cefore indefinitely, at least in theory. 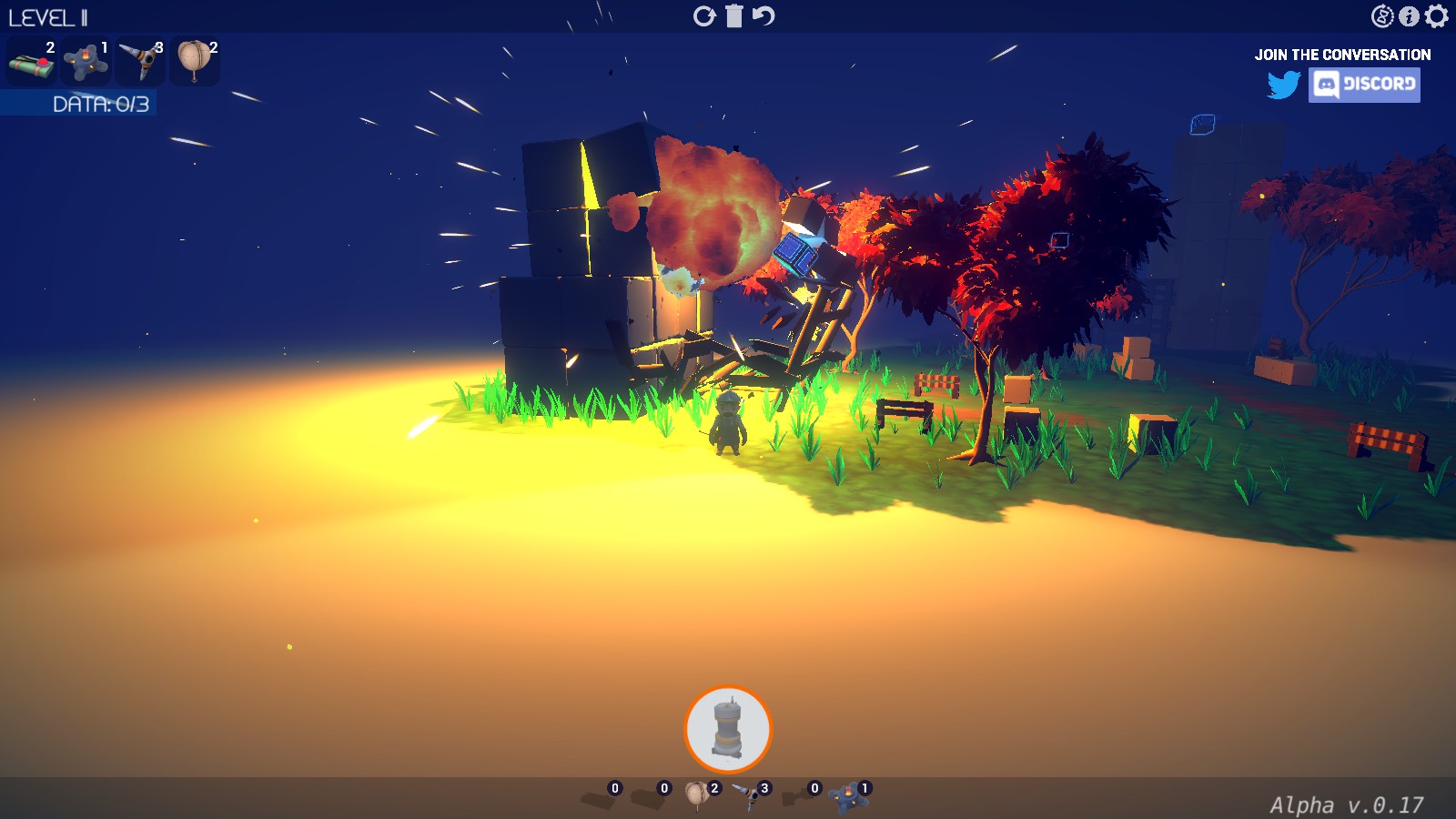 If one thing does concern me, it is the chance that a narrative could be forced into the game. An in-game survey presents that as one of the options for feedback, but I feel that would be a misstep. For a game that derives a lot of enjoyment from it’s simple look and feel, shoehorning a story into it might make the experience a little too cumbersome. Of course, this is just speculation on my part. Perhaps the narrative they’re considering is just background context that won’t intrude on the gameplay experience. Only time will tell, but I know I will be watching intently regardless.