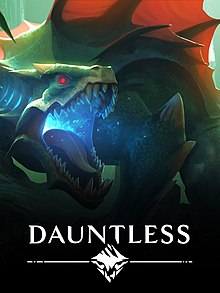 Jumping off the airship onto the island always gives me the willies—I think that it’s the idea of jumping off into empty space of the Shattered Isles and falling forever that enters my head as my feet leave the deck of the airship. I land on the island just fine like always; my boots hit the solid ground and everything inside me focuses on listening. I don’t rely on lanterns to guide me to the behemoth like other slayers; I listen for them. Behemoths are not quiet and even on the largest of islands, a slayer can hear them crashing through the trees or shrieking out a warning to stay away from their aether vent. It doesn’t take long for me to hear the guttural chatter of a Gnasher in the distance which means the HUNT IS ON!

Violence:
Dauntless contains animated violence revolving around hunting and killing large fantasy creatures. Players use melee weapons like swords, axes, and hammers along with some pistols to hunt the creatures known as behemoths. When the behemoths get hit by melee weapons, there is a brief flash of blood spray, and wounds show up on the behemoth’s bodies as the fight goes on. Behemoths can have their tails chopped off or horns cracked off as well. When they die, they cry out and fall to the ground.

There is no sexual content in the game, but it is a multiplayer game which allows the player to create female and male characters and clothe them however they would like. It is possible that some players may create suggestive characters, but I have not seen any offensive characters during my gameplay.

Any online multiplayer game can have bad players who use foul language or make lewd comments. I have found the Dauntless community very friendly for the most part, but the community is small at this time.

The storyline of Dauntless is about protecting humanity from being overrun by behemoths. Players are sent out to hunt behemoths in order to protect the settlements, not for pointless sport hunting.

Dauntless is an action RPG game about hunting large fantasy creatures known as behemoths. The game is an online multiplayer co-op game. I became aware of Dauntless in late 2017 when I signed up for a Dauntless newsletter from Phoenix Labs and was invited to join the closed beta. I played the game through closed beta and into the current open beta period. Dauntless has had many changes over the last year and a half, but Phoenix Labs has continued to show its commitment to improving the game and listening to player feedback. 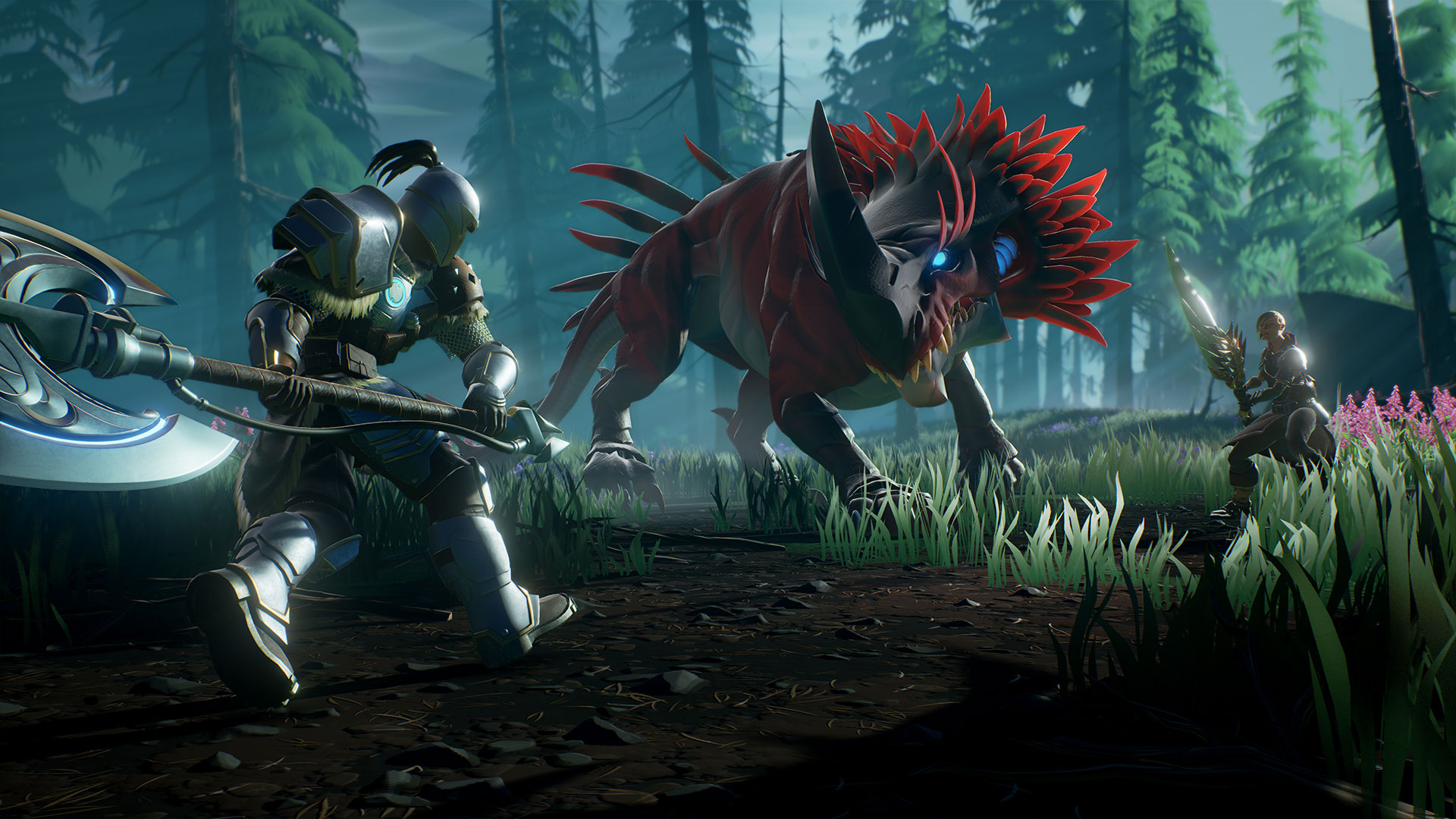 The world of Dauntless is a shattered fantasy world of islands floating in the air after a cataclysm. Humanity has been forced to try and piece the world back together by pulling islands together to form larger land masses. The main settlement in the game is Ramsgate where Slayers (players) live and work to protect the rest of the settlements from Behemoths. Behemoths are large creatures who are attracted to aether, the magical substance in the game that powers much of the technology in the game, such as airships. 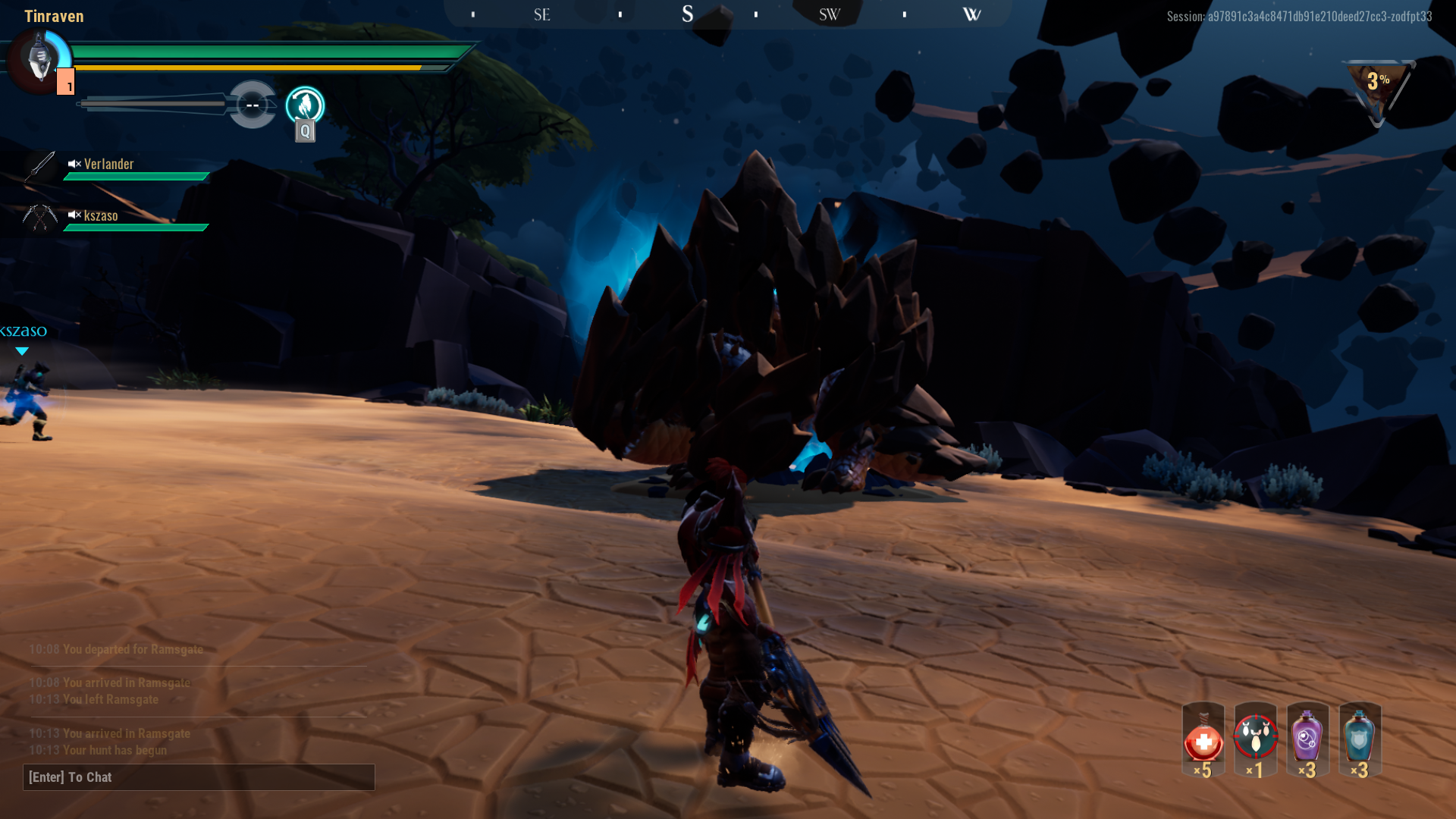 Players start out the game as a novice slayer arriving in Ramsgate to become a veteran. On the way to the city, the player’s airship is wrecked in a storm which strands the player on an island. The tutorial mission then teaches the player how to move and fight.  The movement in the game is very fluid and dynamic. The player then gets a sword they must use to defeat a behemoth known as a “gnasher.” When the player defeats the gnasher, they return to Ramsgate where the rest of tutorial runs through the various parts of the city. There is a weaponsmith, armorsmith, potion merchant, and other NPCs for the player to meet. 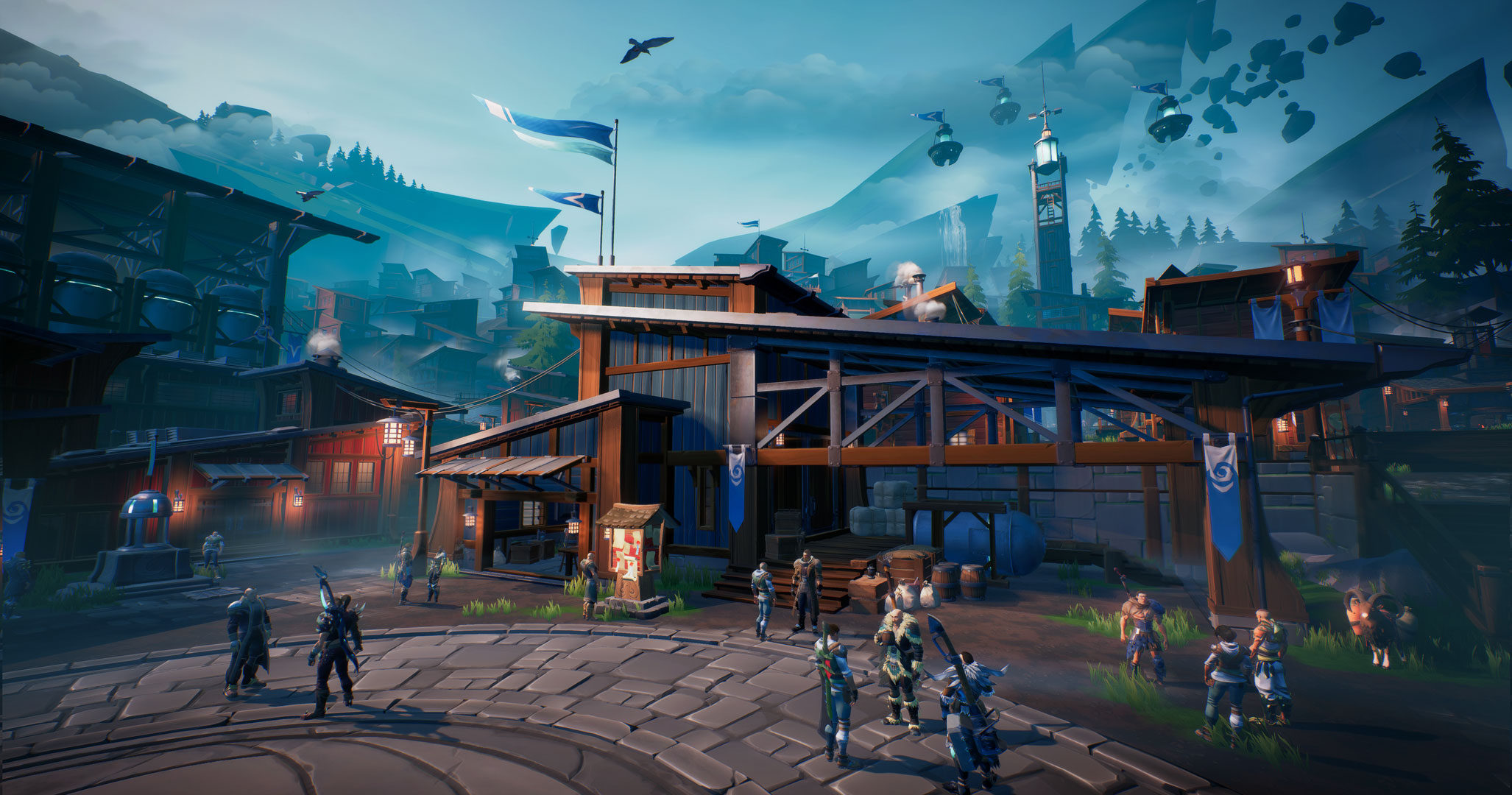 Slayers go out on patrols to hunt down any behemoths in the surrounding islands. Behemoths are powered and fed by aether which comes out of the islands through vents that form in the ground. Behemoths will guard the vents which power their abilities. Each type of behemoth has various attack patterns and special powers. There are neutral behemoths like the Gnasher as well as fire behemoths like the Embermane and ice behemoths like the Pangar. The higher level behemoths look similar to their lower level counterparts, but they have more deadly and varied attacks.

After defeating the behemoths, slayers can take the parts of the behemoths to craft weapons and armor to outfit them for tougher battles. The weapon and armor crafting has gone through several changes, but I really like the current system which allows players to continue to upgrade weapons and armor from any behemoth. Earlier versions of the game only allowed the player to upgrade lower level behemoth armor and weapon sets to a certain level, then they were capped. In order to get more powerful weapons and armor, the player would have had to craft new sets from more powerful behemoths. 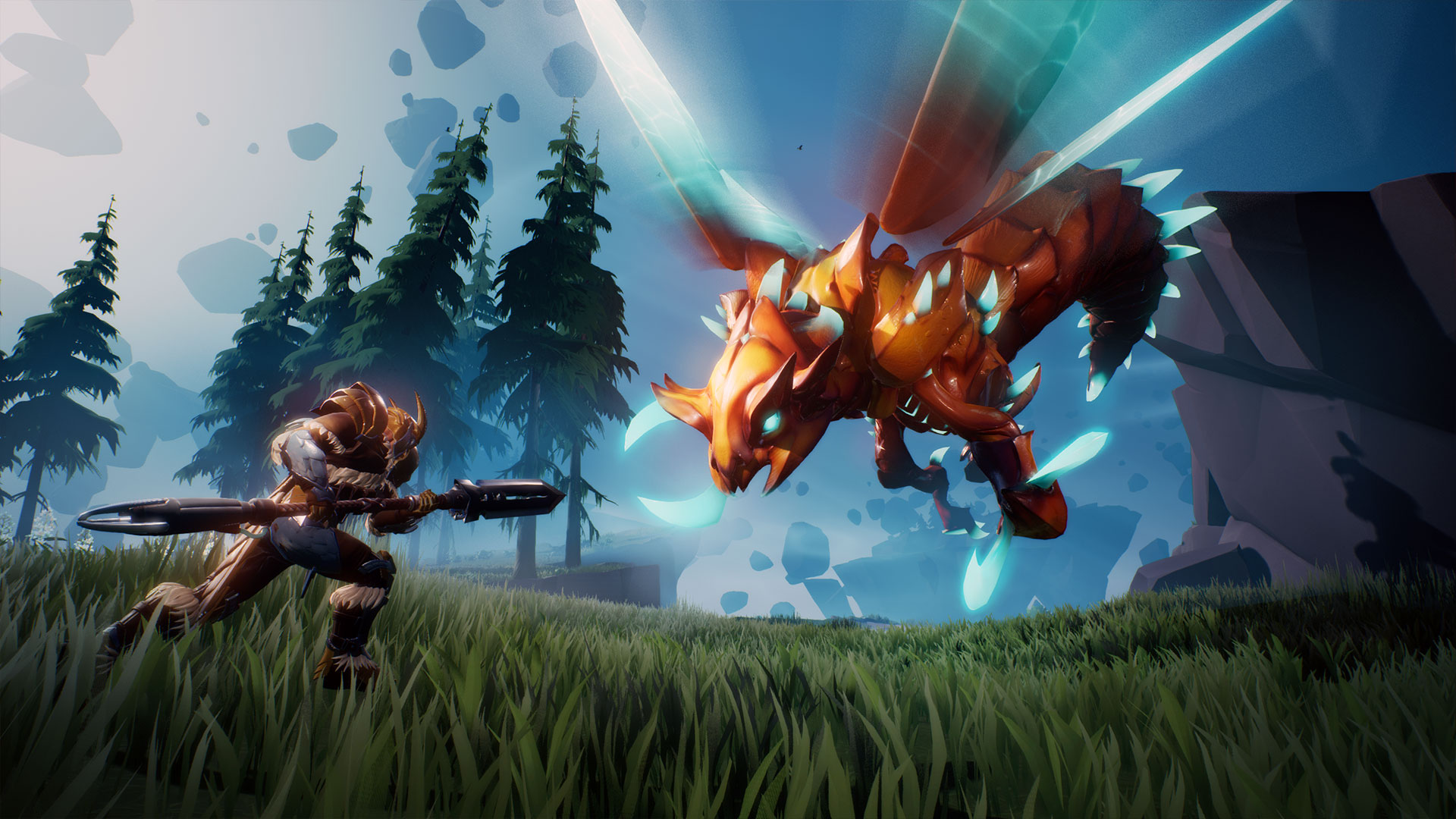 Gameplay has stayed relatively the same over the life of Dauntless. Slayers hunt behemoths, make weapons and armor, and then go hunt more behemoths. Slayers can also collect plants and minerals in order to help craft potions and lanterns. Potions are for enhancing or healing slayers during fights. Lanterns serve a similar function, but have special abilities such as helping to track behemoths or creating a firebomb. The way in which players collect supplies has changed quite a bit since closed beta. I remember one of the first iterations of the game had an enormous list of plants and minerals needed to make a long list of potions. Phoenix Labs quickly did away with that in favor of a smaller, much better potion list which only required a few items. 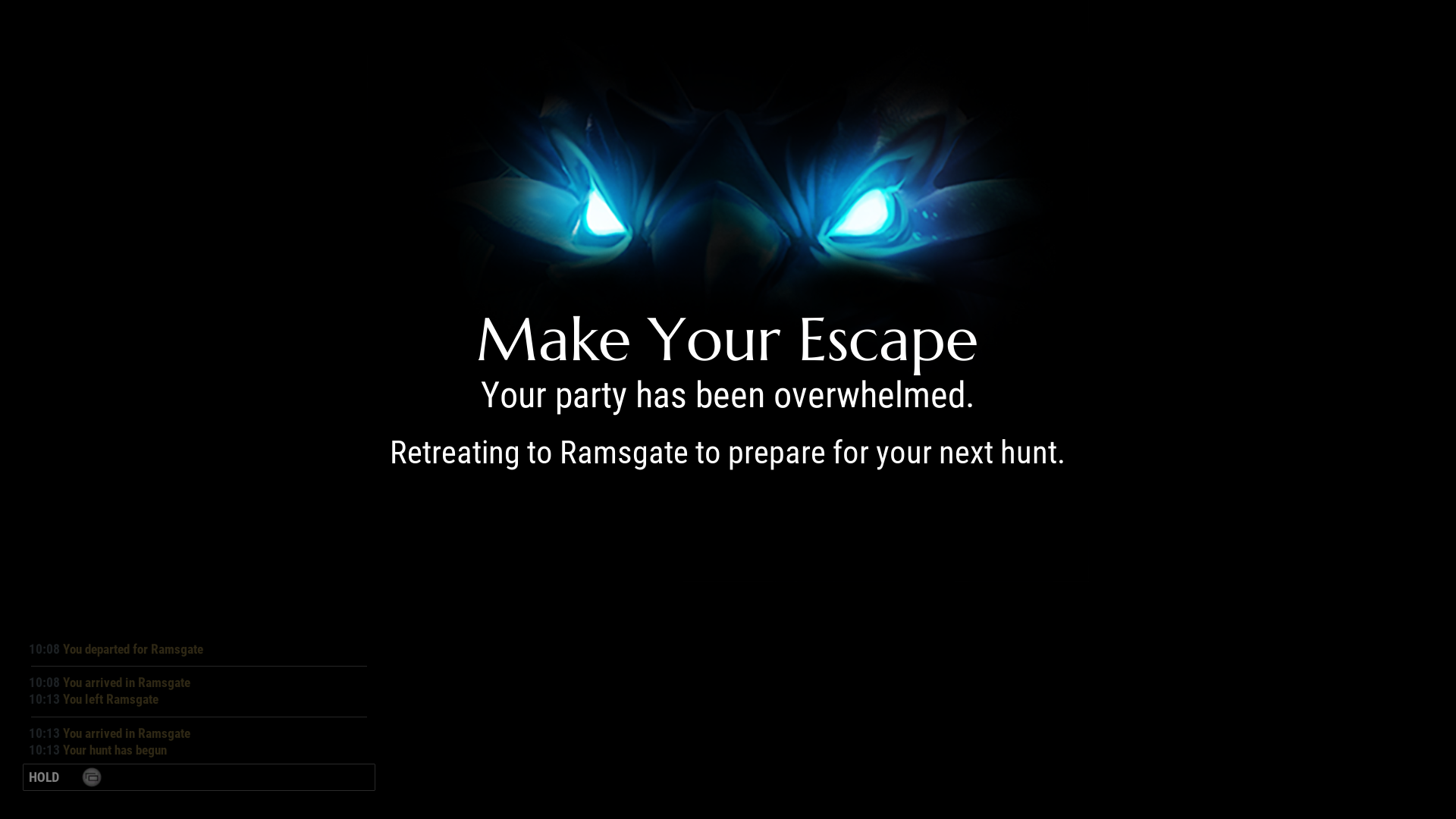 The gameplay and graphics of Dauntless have come a long way over the past year. The game is a third person view with an emphasis on moving and dodging out of the way of the behemoths. I enjoy using a controller for the game as that seems to be the best way to experience the game. Controller support has not always been available, but once it was added, Phoenix Labs has continued to improve it. As far as the graphics, I started the game when most of the characters and NPCs had no hair at all. In the preceding time, characters got hair and facial hair as well as various skin tones. The environment has improved from generic forests to icy wastes, deserts, and waterfall islands. The islands also now have destructible trees which can get knocked down by behemoths and slayers. 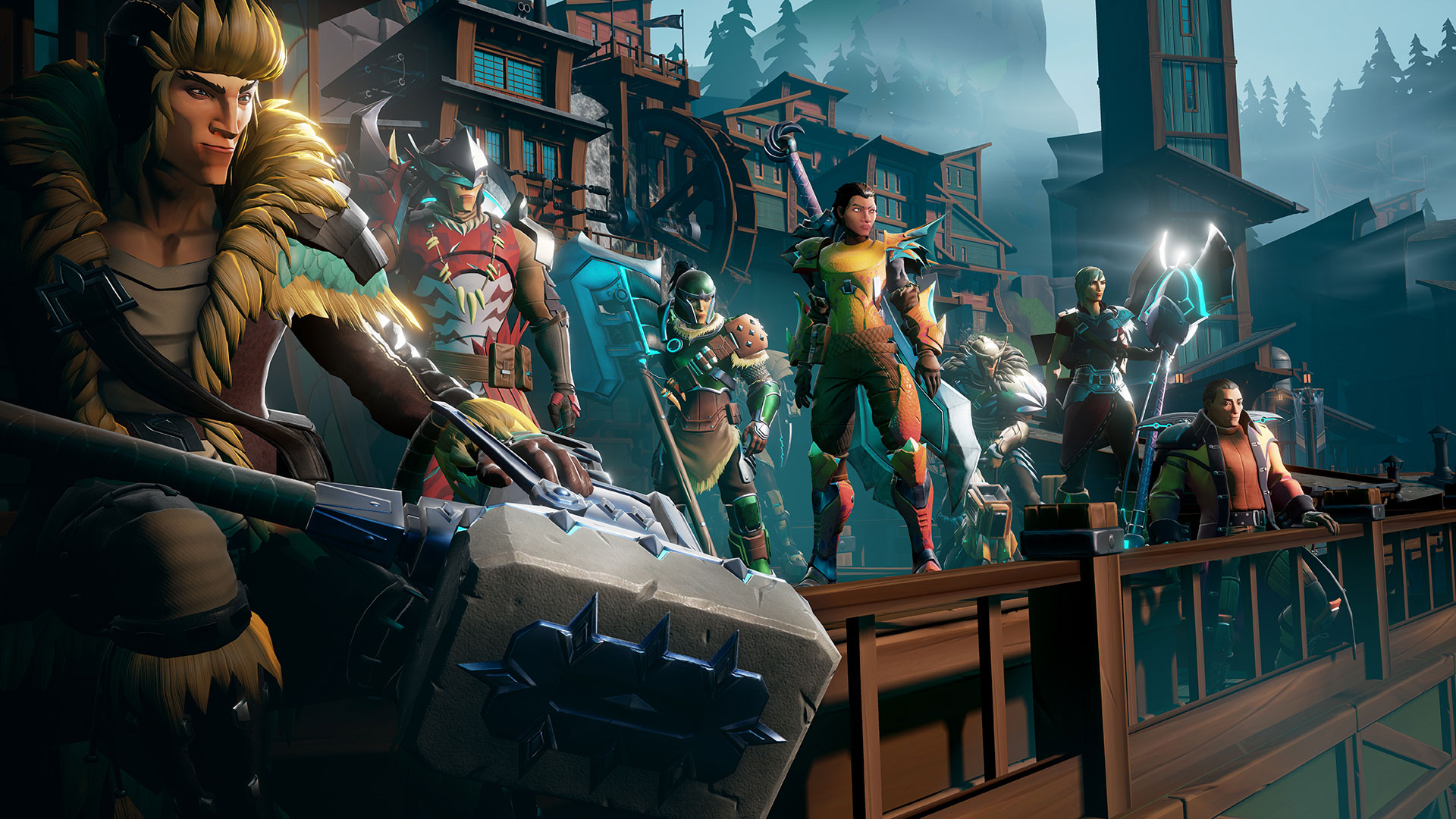 Dauntless has come a long way since the closed beta, and it’s about to launch on the Epic Game store for PC as well as PS4, Xbox, and Switch, all free to play. A lot of comparisons have been made between Dauntless and Monster Hunter World. I don’t believe that it’s always been fair to compare the two, because Dauntless has been in development while Monster Hunter was a finished game. I have played both games, and I prefer Dauntless. Monster Hunter is a great game, but I felt like Monster Hunter’s controls felt wonky in comparison to Dauntless. I also really like the focus that Phoenix Labs has put into Dauntless. They have a roadmap which lays out the companies goals and plans for the game. Phoenix Labs stands behind Dauntless and wants it to be the best gaming experience they can make. Dauntless is a game that is worth the attention and hopefully will just keep getting better. Try it out for yourself at PlayDauntless.com.

Update: Since the release of Dauntless on the Epic Store there have been long queue times to get on the game, Phoenix Labs has been working hard to bring those times down. The cross-play for the game works flawlessly with each player having an icon by their user name to identify their platform.

In Dauntless, the slayers hunt fantastic beast with friends then craft weapons and armor from those fallen behemoths in this free to play action-rpg.