I was given the opportunity to preview Jagged Alliance Flashback on Steam.  I honestly had never played it, nor heard of it, but it’s not that bad considering it’s still in early development.  Basically, you play as an agent who is sent on missions to rescue others and defeat enemies. 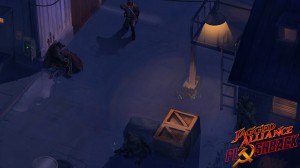 The story isn’t too fleshed out, and aside from following your mission objective, it’s pretty straight forward.  The action is turn-based and you use various weapons and items when fighting.  You walk up to your enemy and attack them close with your knife or shoot them from afar.  The farther you are, the higher the miss rate.

I, personally, don’t have the most powerful graphics card on my laptop, but the game looked graphically good, as you can see by the images here.  Again, for a game in development it sure shows that the creators put work into it.

There’s not much in regards to sounds or music, aside from the standard gun shots or birds chirping for scenery.  Your character does confirm orders when you tell him where to go, and it sounds clear.

It’s not a very difficult game. Go right up to the enemy, stab them three times, and you’re good to go.  This would be an interesting game to see played with several friends who could control their respective characters and solve puzzles or goals together. 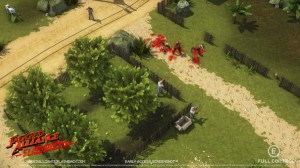 Well, this game is in development so it’s not like I can say that much bad about it. Instead, I will focus on what I think needs improvement.

The game could definitely give you some pointers or maybe a direction as to where to go instead of wandering the map trying to figure things out.  The enemies, for example, are difficult to find. You have to search around the screen to see where they are in order to attack them.  An arrow or flashing indicator would be very beneficial in this regard.

Some music during the fire fights would be cool, as would switching to another track once the battle’s over (so you know when an enemy is around).  Sometimes I would get into a battle during the tutorial, and I didn’t even notice the enemy; he just walked up to me.  More interaction with the NPC’s would be helpful.

At least in the tutorial, the map and rooms seemed so cramped that, with all the details, it got a little difficult to see what was going on.

Again, let me state that this is a preview of a game still in development.  You will find things you like and don’t like, but that’s OK because the creators are looking for suggestions from the players in order to find all the bugs.  I’m glad I was able to play this one, and I am looking forward to the finished product.

Please check out the game below: 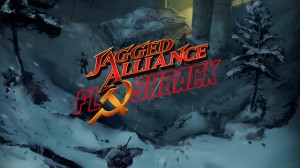