Was Avengers Good? That was the question Bruce!

With the public reveal of Marvel’s Avengers at E3 2019, many were caught off guard and felt almost offended by Crystal Dynamic’s new designs of well-known heroes. With such a negative initial response, one would think this game would struggle to be a hulking smash hit like its cinematic counterpart. While change is necessary and sometimes good, I was among the naysayers, holding onto the Marvel Cinematic Universe’s aesthetic. The new Captain America design did not click with me and the voice cast did not sound anything like the big screen stars I always heard in my weekly viewings of Infinity War and Endgame. The shoes to fill are massive. After playing the game for myself at New York Comic Con recently, I can safely say that I am no longer a naysayer, even if I have some criticisms. The demo available to play is the same one making the rounds on the internet since its reveal: A-Day. 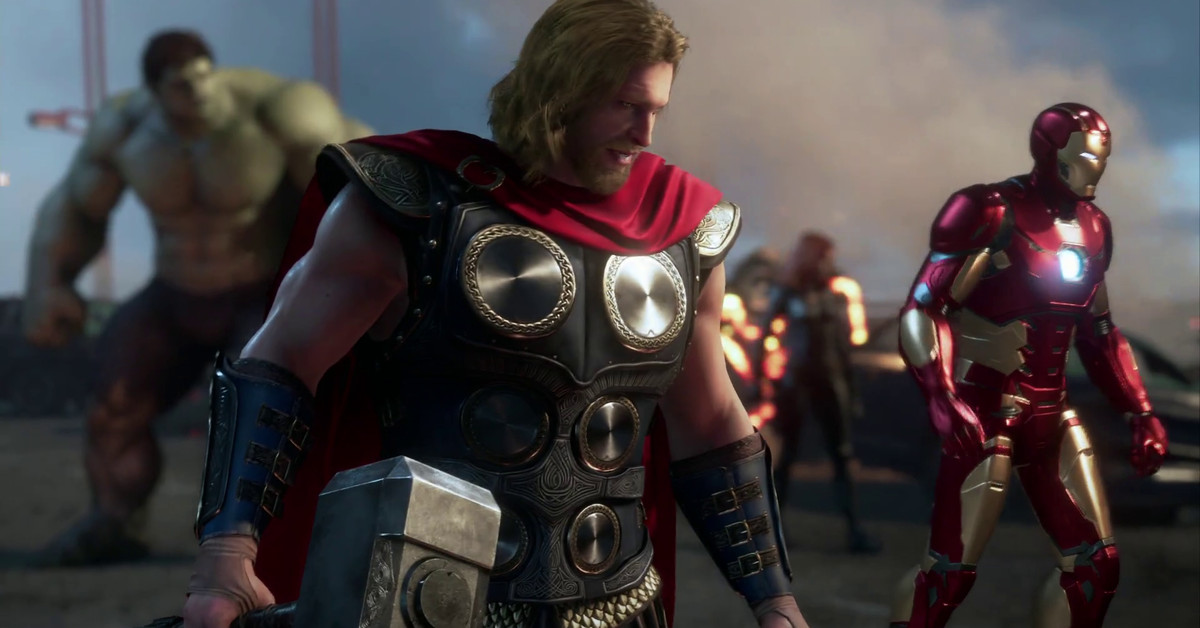 Thor was the first hero I took control of. If you have played God of War from last year, it is basically the same thing. You pummel goons with Mjolnir and lightning. You can pin enemies to walls or just send them flying with you hammer and continue with your fists. Recalling the hammer is a simple press of L2 where it can damage enemies on its way back.

Like I said, it is like God of War, yet Moljnir does not feel at good as the Leviathan Axe. Every time I recalled the Axe after a throw, I felt the weight of it as it landed in my hand. From the sound to the controller rumble, there was intention to make it feel like you were throwing something with weight to it. Mjolnir just feels like it has noting to it, like a stuffed animal or pillow. If they tweak it to feel like I am swinging a heavy mallet, Thor will feel a lot cooler. When it comes to his powers, nothing feels lacking as you can tell the thunder has struck.

As Thor’s showcase wrapped up, the camera smoothly swapped to Iron Man’s section This was my least favorite section,  not because it was bad or unfun, but because my brain simply did not click with how the controls worked. I started with an on-rails shooting sector like Star Fox, pursuing foes and blasting them out of the sky. Once they were vanqished, my attention turned to some goons and tanks that were taking pot shots at me earlier. Taking out enemies was a breeze; I would fire blasts at small fries and hover above to make myself a harder target for the cannons. Even though everything was how it was supposed to be, something did not feel right. As aerial of a character Iron Man is, I felt like he was a half measure. It did not feel right flying around or fighting while hovering and on the ground. I think the biggest issue I was having was was trying to see his place in this puzzle. Things did not fall into place smoothly like the others did. 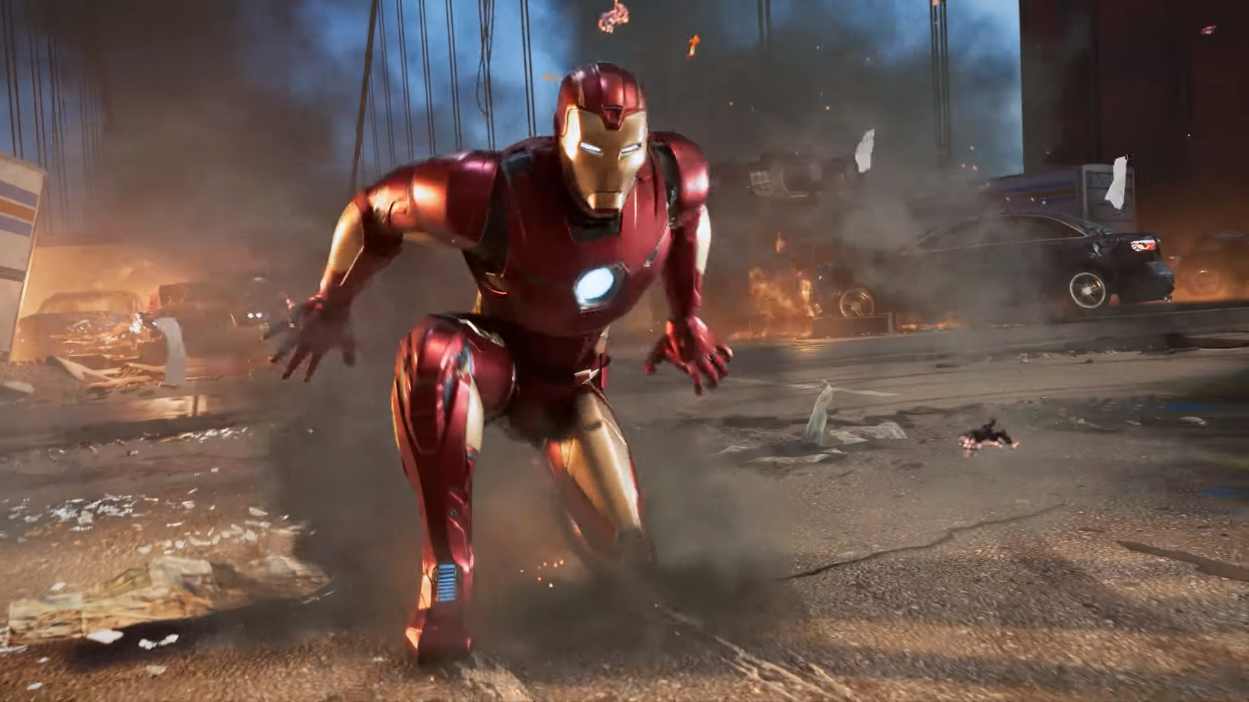 In my next sector as Hulk, things felt close to what I was wanting from this game and character. Once I landed from the Quinjet, I was set to do what I was told. Thankfully, it is exactly what the Hulk does best: smash! I punched, kicked, grabbed, slapped, and threw nerds every which way. It was awesome!

This took me back to 2005 I played the Wal-Mart demo for The Incredible Hulk: Ultimate Destruction. I did not know what I was doing in that demo, but I had fun. I had those same feelings of childish glee just busting up everyone and everything. The only issue I had was the traversal between areas. In my head, I was an unstoppable ‘roid machine, but the game wanted me to take a moment to stop before moving to the next point I needed to hang from. But once I got the timing right, the green train had no brakes. Now if they keep that same inertia in the final game without it feeling repetitive, Hulk would be my 2nd favorite to play.

Now to my favorite to play was none other than our favorite star-spangled man with a plan. Captain America was easily my favorite part of this demo. From the first punch to the counter to the shield throw, I was one-hundred percent on board for what this game will bring next year. While I was enjoying everyone else just fine, this is where I fell in love with what Square Enix was offering me. Every part of this section felt right—blows landing and deflections from my vibranium frisbee all felt exactly how you should and would expect Cap to play. Did I expect my shield to hit a guy in the knees to bounce up and hit his buddy above me? Yes. Did that happen how I imagined it would? Oh baby, it did. I did not stop smiling for the duration of this demo, and was disappointed it was over too soon. But there was still one more to evildoer that needed a spanking, and I had exactly the right person with the paddle. 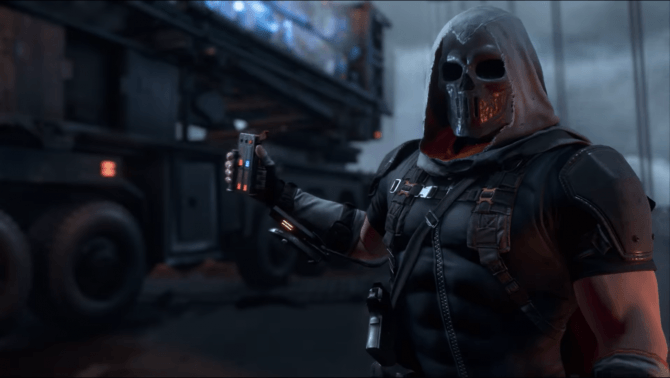 Black Widow is so much fun, while third in my order from most to least fun for those counting, she brought to the table exactly what I thought she would. Her section is dedicated to a boss fight against Taskmaster. The objective is to take a remote detonator from him to defuse the explosives on the bridge most of the heroes have been on this whole demo. Cliché , I know. But it was all a lot of fun hearing the hero and villain banter back and forth. Every punch, kick, spin, and grapple felt as fluid as it looks on film. As soon as I got my rhythm going, Taskmaster countered me and I had to try something new. Instead of settling in a groove, I was encouraged to mix things up and use every skill at my disposal. Nothing felt cheap or overly difficult; I could just play and have fun. Once things started to get closer to the end, quick time events came into play. While I am not always a huge fan of them, they felt right in this section and hope they are used the right amount. If I would compare this to anything, it felt like Marvel’s Spider-Man from last year and I love that game for reference.

If my short time with Marvel’s Avengers and its prologue is anything to go off of, Marvel’s Avengers is going to be one I will be keeping my eye on even closer. Each character feels different in their own ways and any complaint I had about it I am sure will be tweaked by the time this game launches in May. Now if only they had my Hawkeye in there somewhere…