Monstrum 2 is an asymmetrical online-multiplayer game, following in the footsteps of popular releases such as Dead By Daylight and Friday the 13th. Though I don’t have much experience in the genre, I’m always interested in stepping out of my comfort zone. The horror concept is not new, but the setting and creature design piqued my curiosity. This sequel also departs from the original Monstrum, which was single-player. Though I can’t say how the gameplay translates, I can tell you how development seems to be going in this Early Access build.

This is a horror-based video game in which up to four players play as prisoners, and one player controls a deadly monster. Taking place inside an abandoned research lab in the ocean, the prisoners must escape by completing various puzzles as the monster hunts them down. This is a novel concept—if you have a large enough player-base. Unfortunately, the game felt dormant only a few days after launch. However, I still got some enjoyment out of the game when I did get into a match. 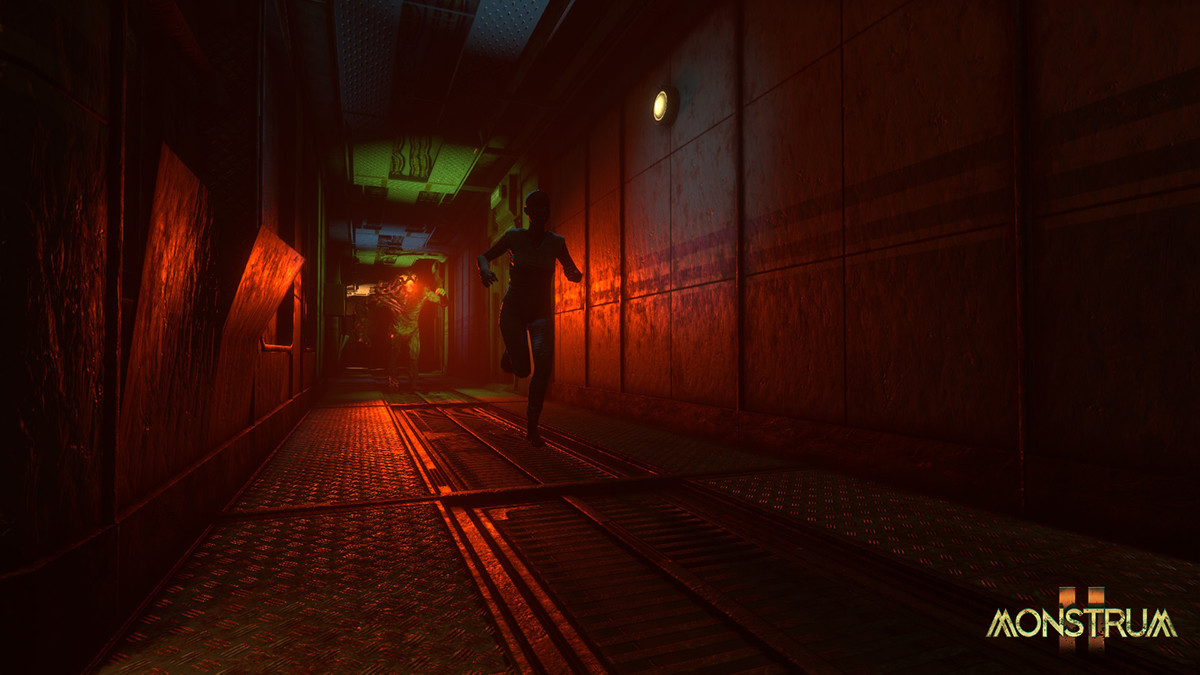 Run for your life!

Each map is procedurally generated, so prisoners must learn how to navigate unfamiliar locations and locate items required to complete objectives. Though they are very defenseless, I’m a big fan of the prisoners’ mobility. I crawled under tables, through vents and holes with the ability to slide when I was running for my life. The main objective is to turn on several fuse boxes sitting behind fences, keypads, or other barriers that require a specific tool or item to get through. The process of collecting these items and completing these tasks drives the tension home as you never know when the pursuing monster might be around the corner.

On the opposing side, players can choose between three monster types. One is the Brute, which can smash through almost anything to find its target. The second is the Bhagra, which uses its agility to climb ceilings, sneak through vents, and pounce at victims. The third is the Malacosm, which teleports and phases through walls with the ability to see where their prey is hiding—arguably the most unsettling creature. The Bhagra and Malacosm resemble the Creature from the Black Lagoon and H.P. Lovecraft’s work—the design of these abominations adds extra layers of unnerving tension to the game that I greatly appreciated. 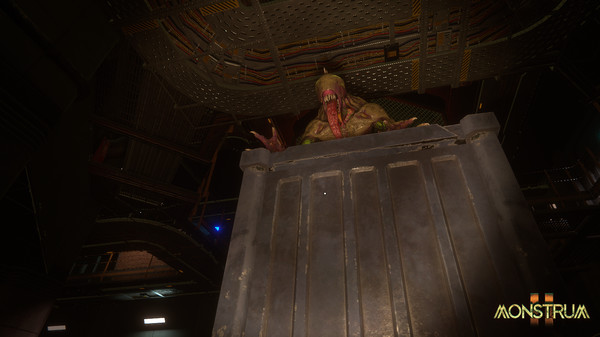 Upon entering the main menu, I was happy to find playable tutorials that each take just a few minutes to complete; I felt suitably prepared when I finished them. Also, in the main menu, you’ll find a customization option in which you can unlock skins with earnable currency. I should mention microtransactions when I’m writing about a service game, and there aren’t any in the build that I played, but I could see the possibility of their addition down the road.

Despite the lack of people playing the game, my limited time with it was well spent. Most of the time I was matched up against one another person, whether I was the prisoner or the monster. However, the match scales to the number of players in various factors, so an entire team of four wasn’t required. My experience felt straight out of a horror movie as a prisoner; I would try to creep my way through the map and hide when the monster was near. Even more fun was when I was being chased—which had me sprinting through the map as I’d try to slide my way under obstacles. 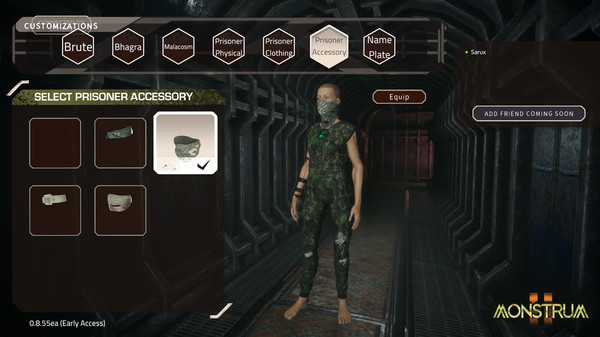 It’s important to escape and look good while doing it

At the moment, various bug fixes and quality-of-life improvements are coming soon. One current problem, in particular, is the inability to queue and invite friends. Although, the option of creating a private match with a room code is viable if you have four other friends to play with. I don’t know anyone else who owns the game, but I can imagine that getting a group together for some jump scares and laughs in Monstrum 2 would make for a great evening.

So, from both my experience and lack thereof, the Early Access phase of Monstrum 2 is not what is currently hindering it. With hardly anyone playing it, people who enjoy it should be trying to tell their friends and spread the word, because it feels like a game that should be going viral or has yet to do so. While I didn’t get a chance to experience the game with a full player count, I look forward to seeing how it progresses in development. Until it reaches a 1.0 release, I’ll be spending some time with the original Monstrum. 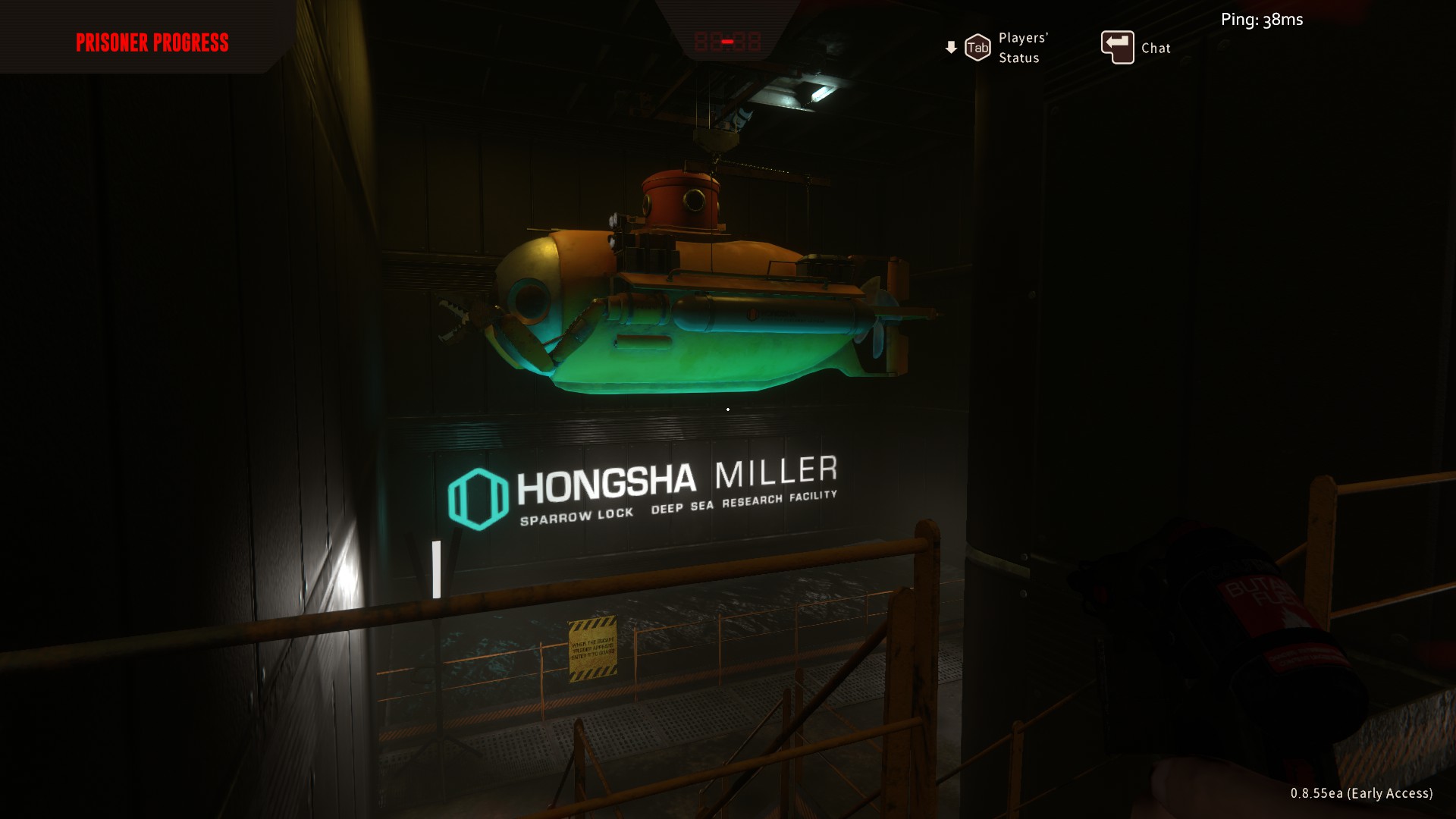