NetherRealm Studios has been on a pattern for the last decade in alternating between the Injustice and Mortal Kombat franchises every few years. Most recently, we saw the release of Injustice 2 in 2017, my personal favorite game of that year. It has been much longer since we have seen Mortal Kombat, with the release of Mortal Kombat X in 2015. Anticipation from fans has increased since the next entry was revealed at the Game Awards late last year. I’ve been fanboying over every piece of footage and information since then, and, thanks to the pre-order beta, I have finally got my hands on Mortal Kombat 11.

The beta gave us five characters from the roster, customization features, online matchmaking, and the “Klassic Tower” arcade mode. The characters featured in the beta were Scorpion, Kabal, Skarlet, Jade, and Baraka. I went to the customization menu first to see how they would implement this feature from Injustice 2, and because my work would not be saved when closing the game. For each character, you can change their outfit, three unique gear pieces, and you can also add special moves. The gear was cosmetic only in the beta, but in the full game, we will be able to add augments, which I assume will affect stats. 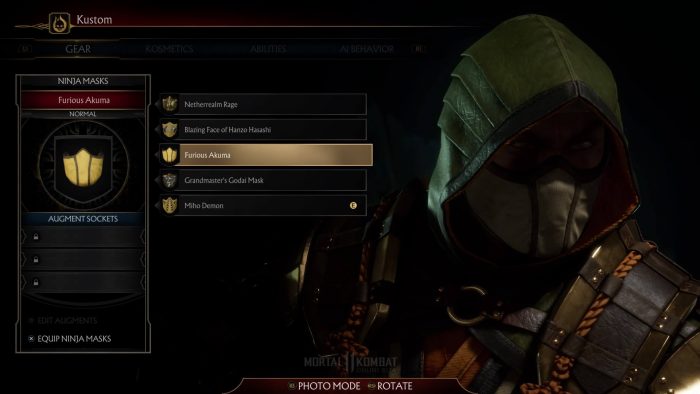 The customization seems to be slightly more limited than Injustice 2, but will likely get less out of hand in that regard. For example, with Baraka, you only need to worry about his headgear, knives, and war banner. I spent much of my time in MK 11‘s DC counterpart sifting through gear that covered every part of the body. Changing a character’s outfit works like changing a character skin, and there were plenty of them in the beta to give us some variety. I can still see myself spending a huge amount of time in these menus just as I did with Injustice 2; I still spent the time customizing each character every moment I turned on the beta.

The fundamentals of a fight have not changed much; I was still trying to beat down my opponent and get the fatality. The biggest changes are the combat meter and “X-Ray move.” They are now known as two meters following with the “Fatal Blow”. First of all, the “Fatal Blow” is an evolution of the “X-Ray move” and can only be used at low health and once per fight. The DNA of the “X-Ray move” can now be found in “Krushing Blow” moves that have various requirements in order for it to be initiated. 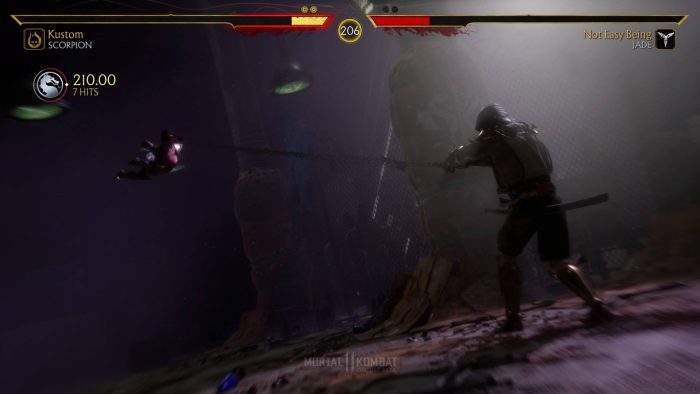 Where the meta comes in is in the use of the two new attack and defense meters that you’ll find on the bottom corners of the screen. Special move modifiers can still be done similar to previous games, and now, Krushing Blows will consume this meter as well and deal huge amounts of damage. The defense can feel a little more complicated being that one can’t break combos as accustomed to in the past. This meter is used for get-up attacks, evasive rolls, and the new “perfect” block. Utilizing these new meters is going to be more involved and will require more button input if you want to achieve victory.

Applying all of these new mechanics to my fighting skills took some time, but I began to appreciate how tense each fight can feel with these changes. Learning how to properly use those meters while waiting for the right time to execute a “Fatal Blow” has the potential to change the direction of a battle in your favor if you feel like a loss is headed your way. I don’t normally spend much time watching competitive tournaments, but I would love to see what highly skilled players are going to do with these new tactics. 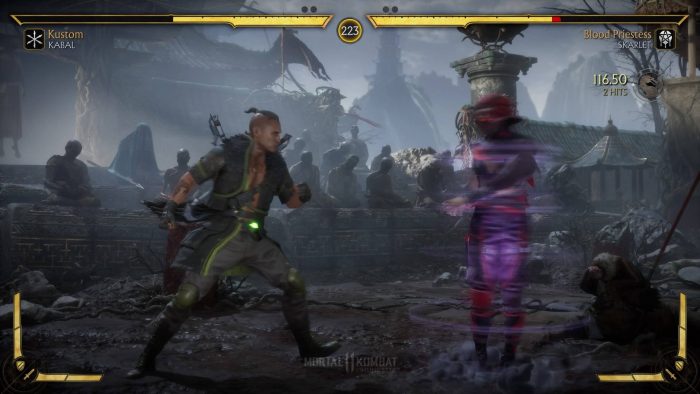 Mortal Kombat puts a spin on mechanics, but special moves work the same.

Betas for online games are usually “bare-bones” when it comes to features, the only option being jumping into a match. Thankfully, the beta for Mortal Kombat 11 offered the “Klassic” arcade-like tower to get some practice in before getting wrecked online. I took each character for a test drive and quickly got attached to Kabal, but increasingly enjoyed playing as Baraka—a first for me in franchise history. Instead of choosing fighting styles as we did in MK X, customization load-outs now exist in their place.

Something I rarely do is take the fight online, but I consider myself competent enough in the games of NetherRealm Studios to hold my own. I took my newfound tactics with me and lost plenty of times as expected, but had a few wins under my belt as well. When entering a match, you will not only see your opponent’s ping, but you’ll also know whether they are playing over WiFi or a wired connection. I’m sure that we’ll be able to set preferences for matchmaking to find opponents that suit our needs. When playing a beta build, I usually expect some connection issues, but I had none; all of my matches went smoothly.

For anyone that may have reservations due to the new changes, this is still very much a Mortal Kombat game. You’ll still be beating your opponent into a bloody mess while fatalities are still gruesome and easy to execute. I’ll have to go into greater detail in the content guide of my review, but you already know what to expect if you’re reading this right now. Some of the fatalities in the previous game nearly made me sick. 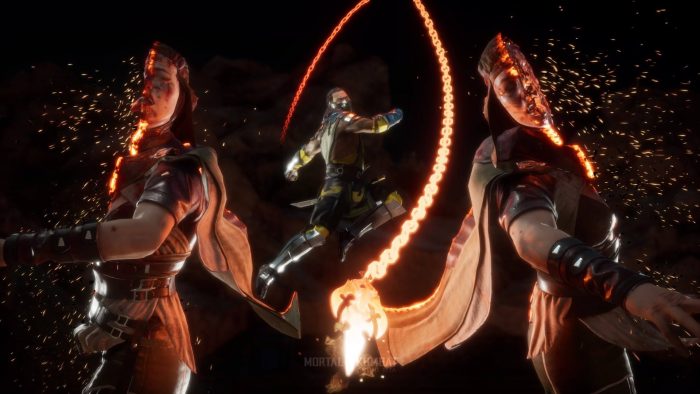 The least gory Fatality I’ve seen in a long time.

What I appreciate about Mortal Kombat 11 over Mortal Kombat X is that NetherRealm has slightly steered away from that dark realism this time around. MK X emulated the style of a live-action DC extended universe movie that forgot its source material with its dark colors, whereas MK 11‘s presentation and brighter colors feel like DC’s current run of films that embrace their comic book roots. The comparison is ironic and may seem strange, but this is the best way I can describe it. The change in style is big enough for me personally that it avoids the feeling of the uncanny valley.

We were given a generous amount of content for this beta period, and I came out of it very satisfied. Those new changes will take some time for many fans to get the hang of, but Mortal Kombat 11 is a big step in the evolution of the franchise. This is not the first time we have seen customization in a NetherRealm game, but we get to see this recent feature be tested in a new facet that will help them decide what works and what doesn’t. I look forward to the release of Mortal Kombat and will be back with a full review after the full game drops on April 23rd.