Directors Wan Hazmer and Daim Dziaudden, who have each worked on massive titles such as Final Fantasy XV and Street Fighter V in the past, wanted to create a video game that incorporates music into its story without turning it into a rhythm game. No Straight Roads is the first game released from their company, Metronomik, and is focused on celebrating music in all of its varieties through colorful visuals that shift and change with each genre that the player engages in. Woven through a lighthearted story and atmosphere, I found myself toe-tapping through each of the boss fights I encountered in the preview copy of the game provided generously by Wonacott Communications, without the pressure of matching musical beats in order to advance in the story. 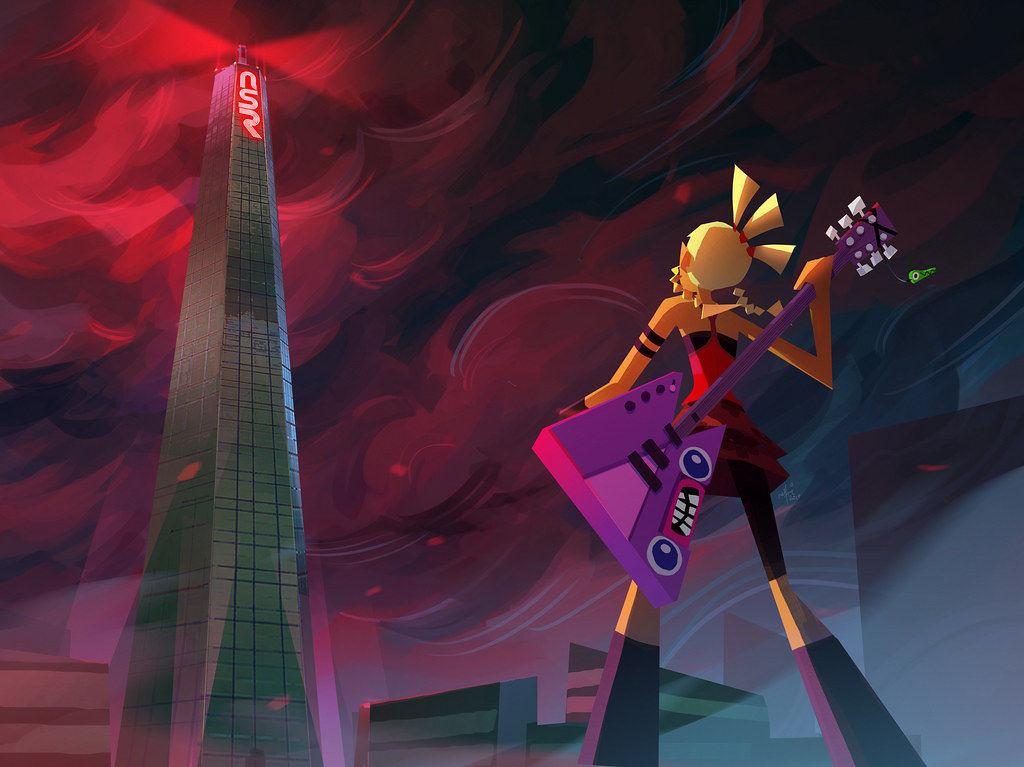 The story takes place in Vinyl City, where music and art are key for keeping the city powered and running. Indie rock band Bunk Bed Junction, comprised of Mayday and Zuke, are auditioning for the chance to join No Straight Roads, or NSR for short, the dominant record label in Vinyl City. NSR rejects their audition, however, giving the reason that rock as a genre is outdated, and only EDM is in demand. Mayday and Zuke soon uncover NSR’s true dominance and manipulations over Vinyl City, and vow to save it from their corruption. To do this, they’ll need to hijack each of NSR’s concerts, defeat its respective boss, and take back control of Vinyl City one district at a time. 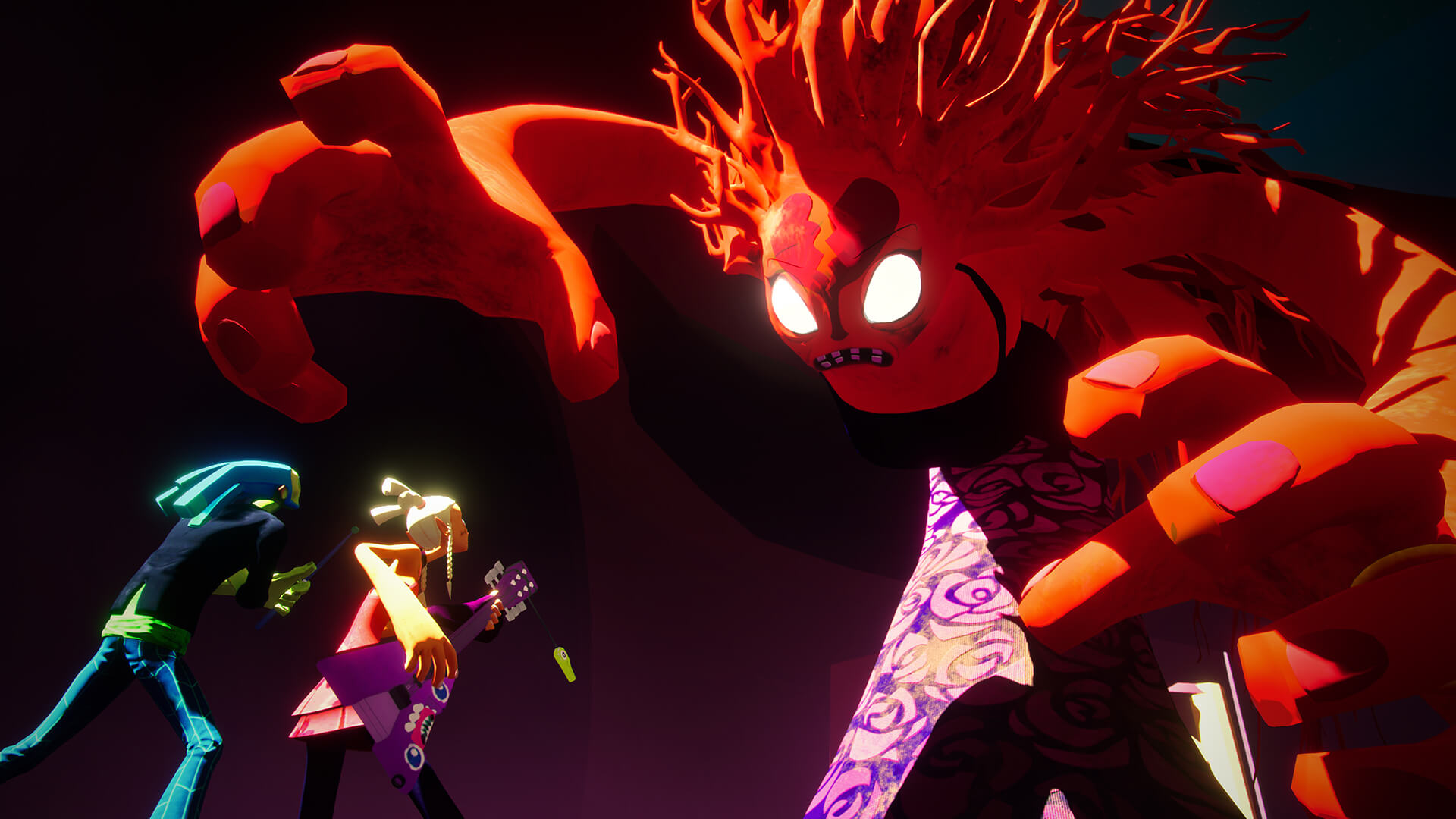 The playable characters Mayday and Zuke can be swapped at any time while traveling through the city or while engaging in a boss battle. Both characters have unique styles when it comes to combat, with Mayday using her guitar to riff tunes for her attacks, and Zuke utilizing drums. Their individual strengths come through their personalities as well; Mayday is high-spirited and does not hesitate to speak her mind, while Zuke is much more thoughtful and laid back. They both are quick to see the corruption that Vinyl City is under, and are determined to create a revolution to set things right and bring back musical freedom to the city once more. 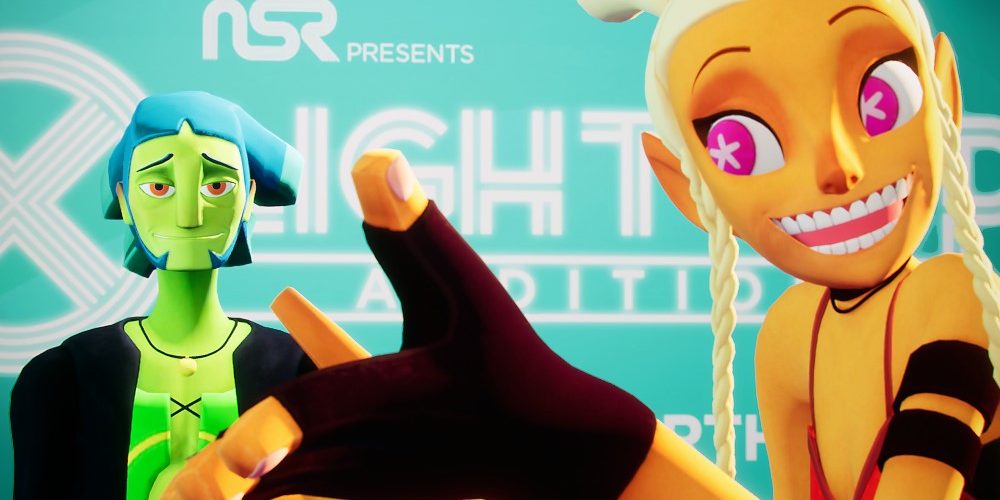 Vinyl City slowly opens up for the player to explore, and I found myself fascinated by how colorful and alive the districts felt. Mayday and Zuke can interact with people on the streets who have various thoughts and opinions on their ongoing revolution and actions. As the story advances, players have the opportunity to revisit these areas and earn the support of more citizens in their fight to bring rock back. Doing so will also unlock more resources and allies at their home base, allowing Mayday and Zuke to develop new abilities to aid them in their fight against NSR. 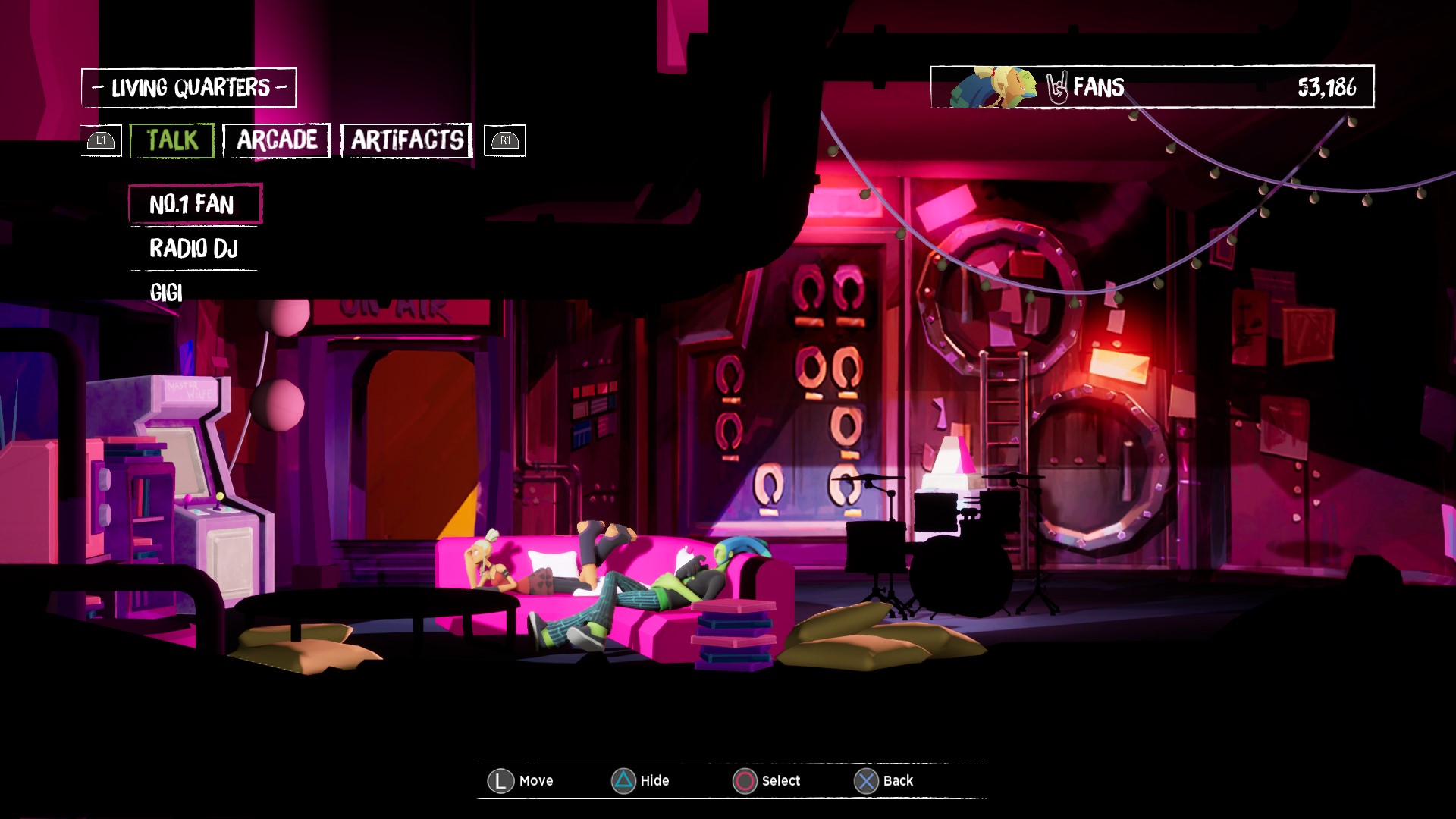 Each boss that Bunk Bed Junction encounters represents a different genre of music, from techno, to classical, to synthwave, and more. There are multiple stages to each boss level, and running out of health for whichever character you are controlling will result in an automatic game over, and you will be forced to start the entire level again, no matter what stage you were able to reach. This tested my patience at times as I needed to figure out the strategy to make it through each stage quickly through trial and error; if I failed in doing that and had to restart the level again, it made the gameplay more tedious than it needed to be and took away from my enjoyment. 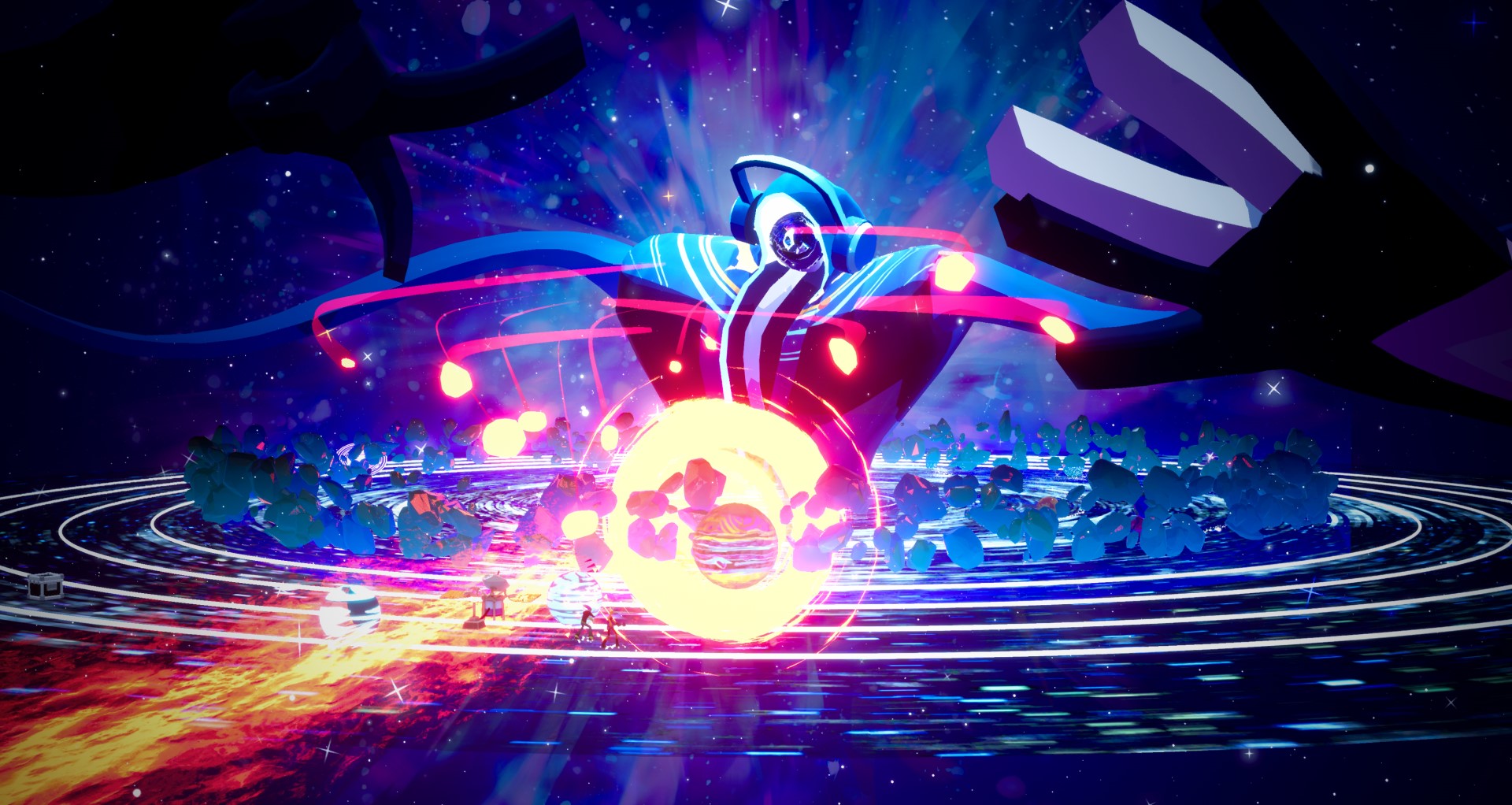 What I did enjoy most from each boss stage, however, was seeing how each stage was basically an homage to different types of music. Each stage is unique in its presentation, with eye-popping visuals and original music that comes alive as each boss implements it in their own attacks. While No Straight Roads is not designed to be a rhythm game, players need to listen and watch carefully for patterns that fit the music in order to evade attacks and find openings to gradually weaken each boss. 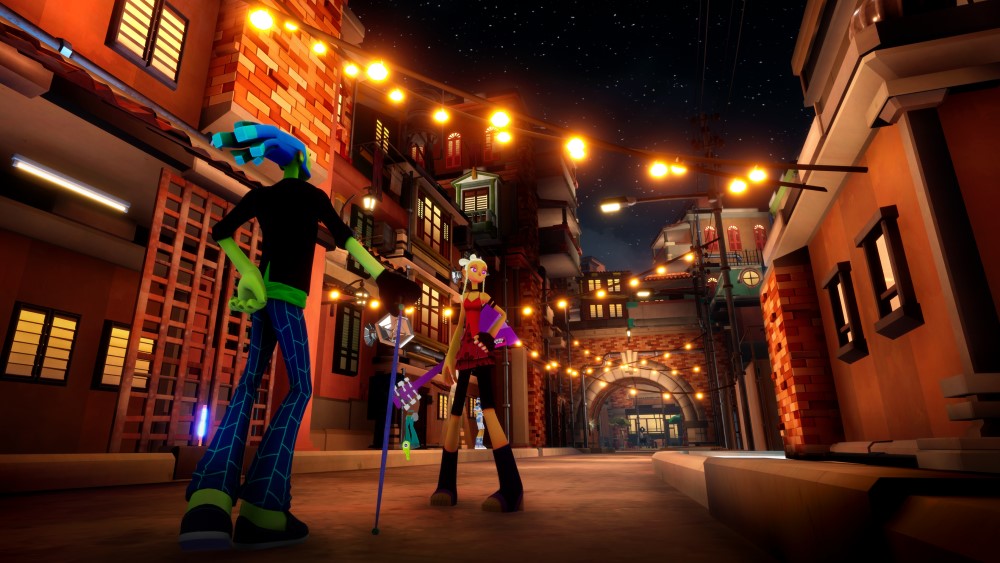 It’s clear that the staff at Metronomik are passionate about music and finding new ways to implement it in storytelling. No Straight Roads is a lighthearted game that isn’t afraid to take itself too seriously, and a story that celebrates music in all of its forms. It’s also the story of a conflict of different ideas and mindsets of why people create music. Even if you’re not a musician, there may be something in No Straight Roads that you will enjoy, as it’s a game created for the music-lover in all of us.