Just because we are past Halloween and Thanksgiving is looming does not mean that games with ghosts are out of style! After all, our associate editor John Campbell recently reviewed the remastered version of Ghostbusters: The Video Game. Yet those of us with VR headsets ain’t gonna call nobody, because we can do some ghostbusting of our own in Spectro.

After a friendly ghost greets me and tells me about a special mask at the top of a tower, I enter through a door to proceed. In my left hand is a flashlight which I have hardly found use for; in my right hand is what I would describe as an all-in-one Proton Pack, ghost trap, and P.K.E. Meter. 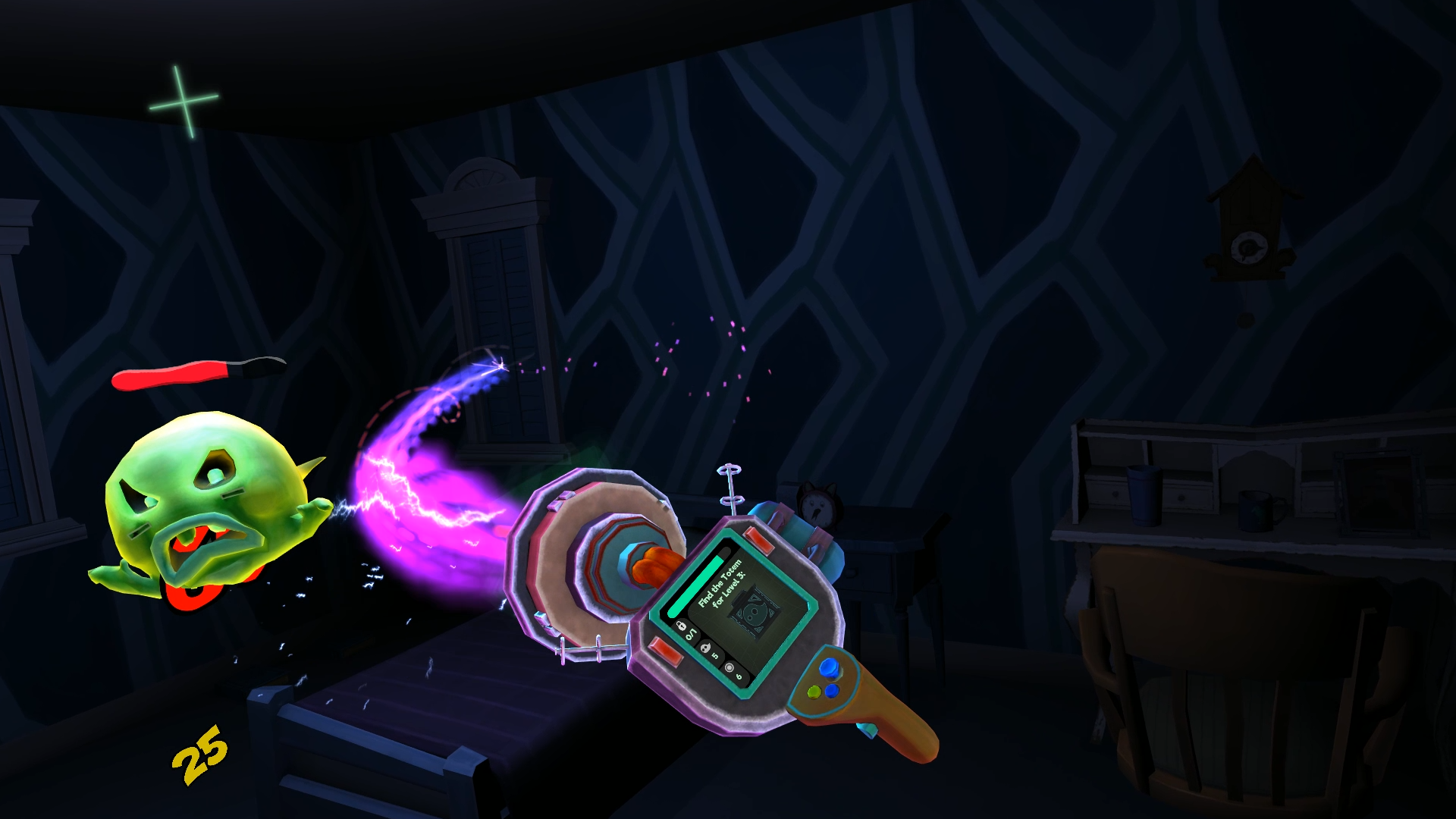 Ghosts do not sit in one place but will actively dodge, exhausting the gun’s ammunition indicated by a green meter bar. Absorb the fire from candles to replenish.

The “tower” is rendered as a haunted house filled with randomly-generated tiles, wallpaper, and assets like coo-coo and grandfather clocks, rotary telephones, CRT televisions with illuminated blank screens, and lit candles. In the tradition of OG Resident Evil, but with a setting more befitting of Casper, I must open doors to proceed into the next room while looking for a distinctly green box providing the hint as to which room I need to find to proceed to the next floor. Of course, “haunted house” means there are ghosts that need busting.

It is possible to run through each room without fighting ghosts, but is a certain way to die—er, faint, and end up on the starting floor. As the QuickScope video shows, I easily breezed through the initial floors and thought Spectro to be too easy. It was not until the 10th floor or so where the first room I entered burst in my face with six ghosts, three of them tossing bombs with another three spewing projectiles. I could not keep up! 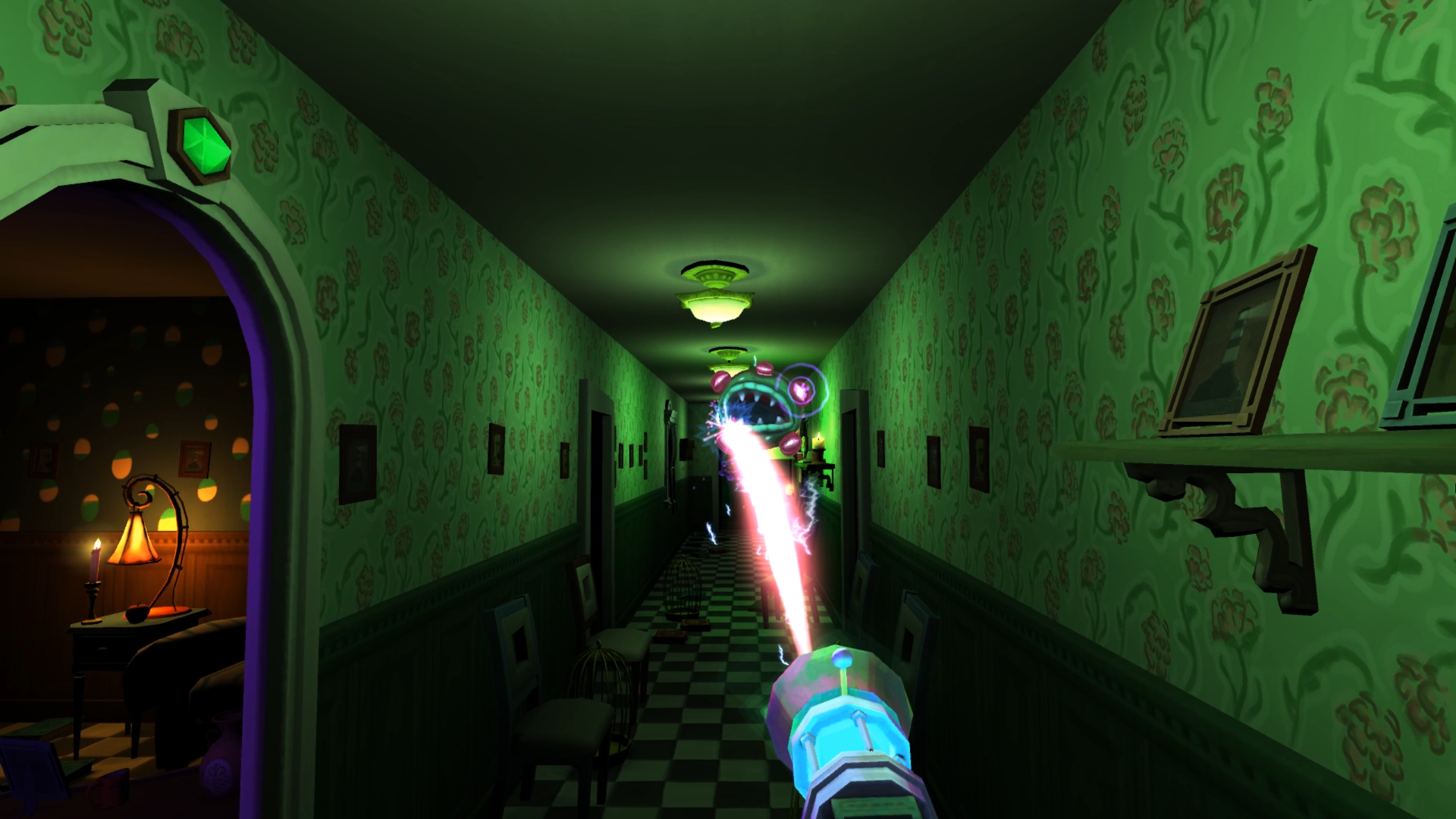 Is that a BEHOLDER???

Only after my defeat did I realize that Spectro is a roguelite. I revived in the starting room where the friendly ghost explained that I could use the coins I collected from sparkling objects to purchase a one-time upgrade that is only valid for the next run. I was broke, so I had to start from absolute zero. 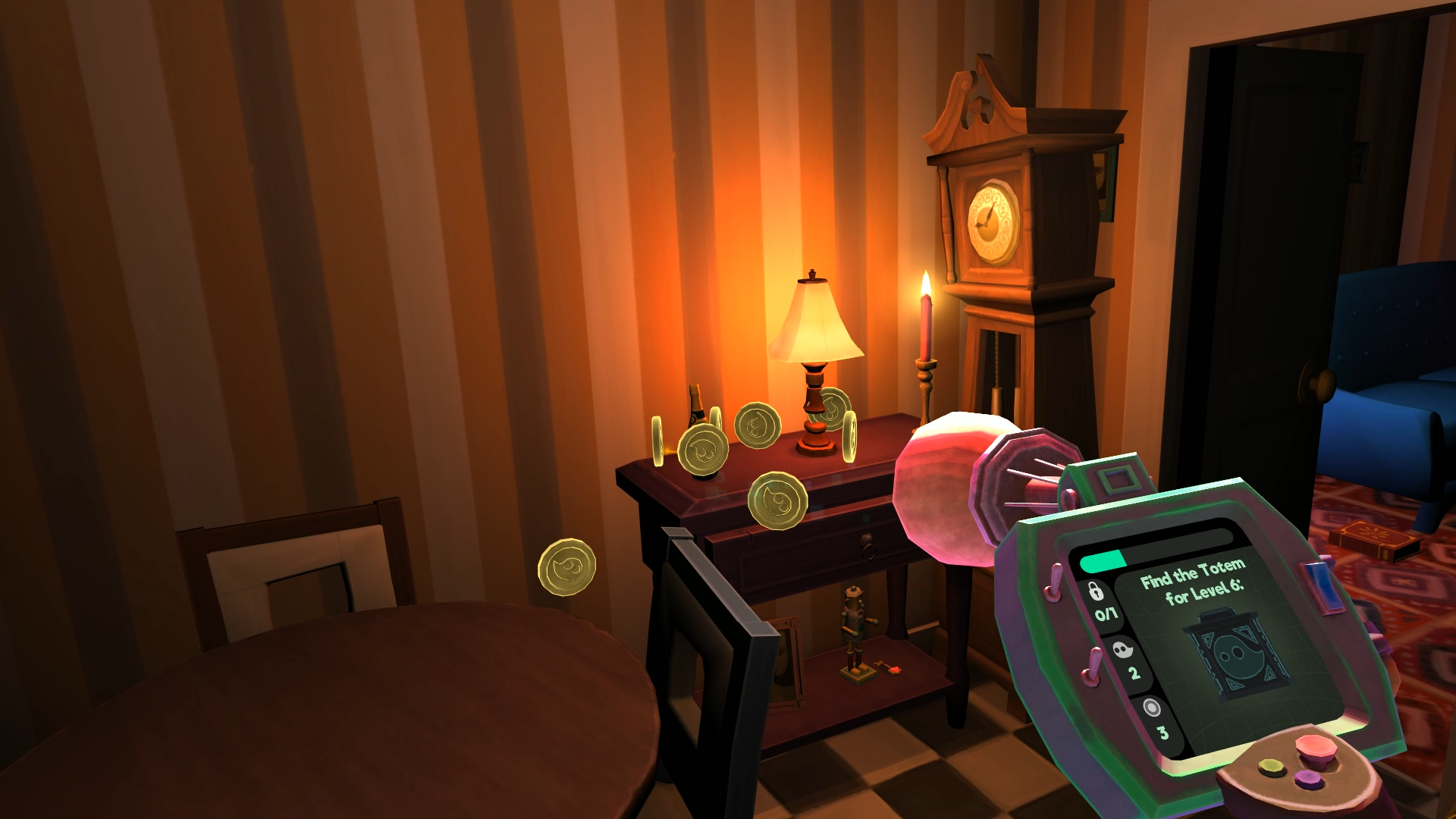 I have yet to save enough coins to make a purchase. Borrowed Light Studios says that they might add a shop in the haunted house so that they can be of use mid-run.

As Spectro is currently in Early Access, the developers at Borrowed Light Studios are updating frequently. For example, in the QuickScope video that I recorded, the green relic no longer prompts a mini-game before collection; this has been transferred to a statue, where after finding the objects in the prompt will award green collectibles whose purpose is TBD. The team at Borrowed Light Studios are very active on their Discord server, and have discussed possibilities such as ghosts who ignore closed doors (which, if they could go through walls without warning would make this a scary game), weapons that actually stun ghosts, and bosses. I once struggled to get my Oculus Touches to cooperate while in Steam VR mode, and they provided a temporary solution while working on a patch to make Spectro more Steam VR friendly. 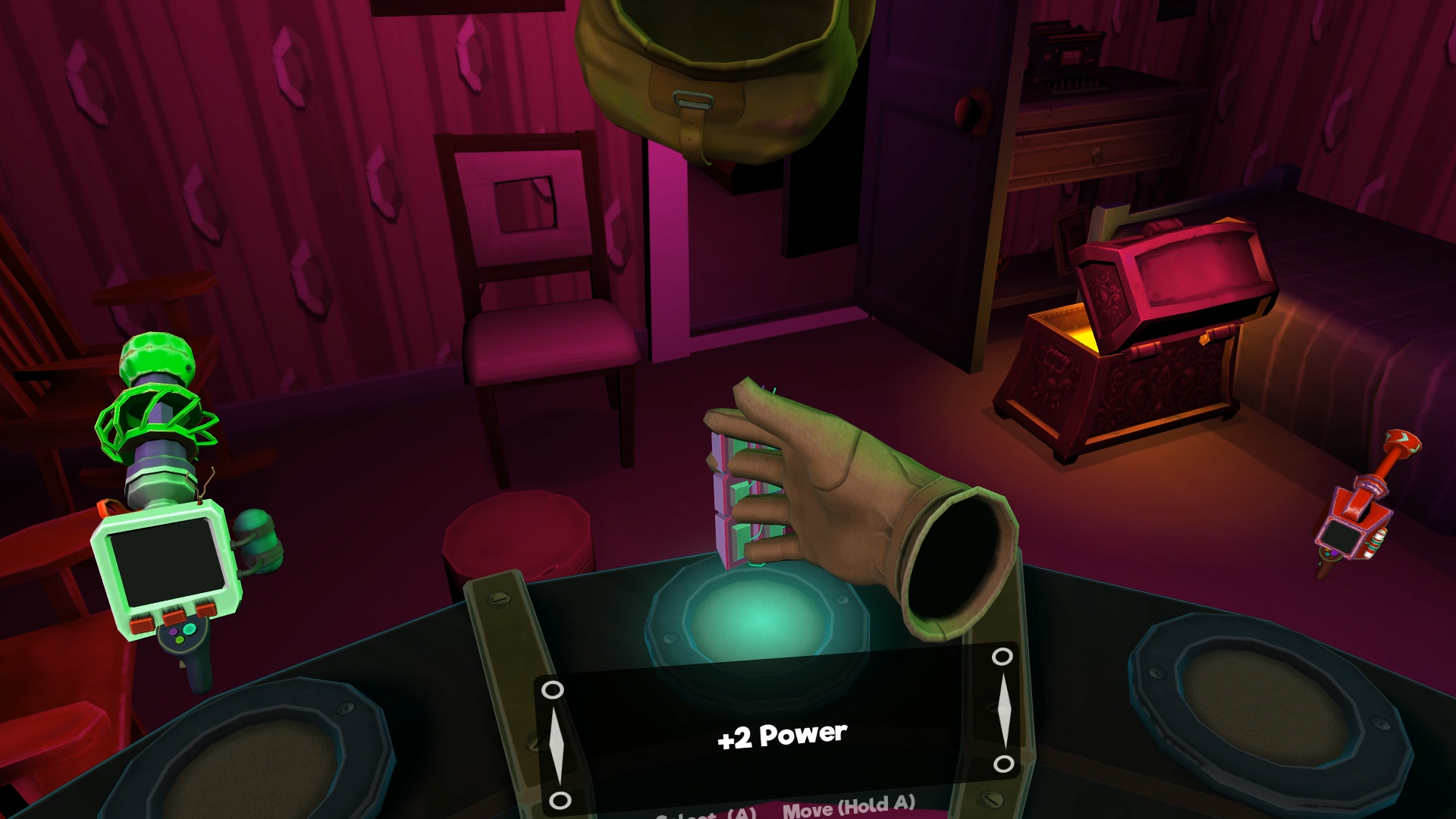 So far, Spectro is providing the kind of experience that I expect from it, which is a simulation of my childhood days of watching The Real Ghostbusters and yes, that other Ghost Buster show too. With its color palette alone, this game already feels more complete than many other VR games on the market. While this is not a review, I maintain no reservations in saying that purchasing Spectro now is money well-spent.