Fate is in Your Hands 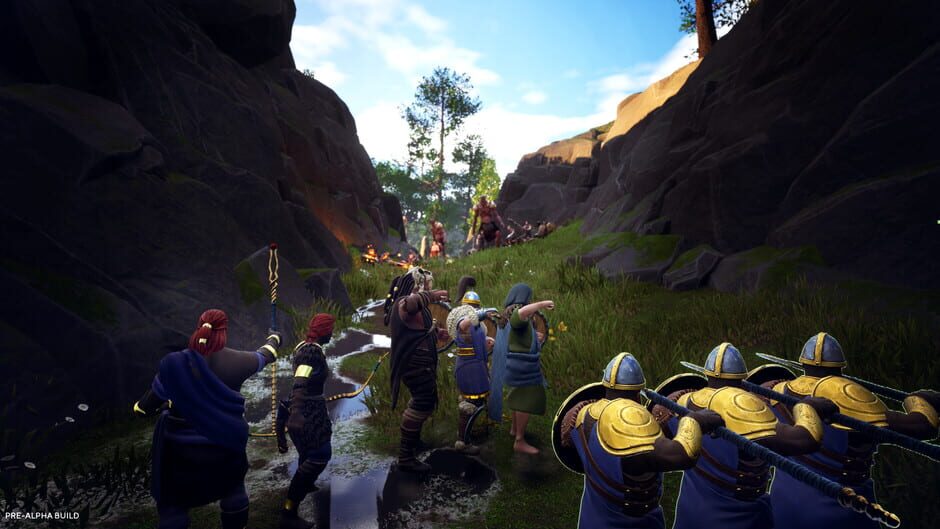 The Waylanders is a party-based RPG for the PC created by GATO Studios, makers of the AR-K series games and BULLSHOT. Waylanders takes inspiration from choice-based narrative games like Mass Effect and Pillars of Eternity.

The first thing I am to see, booting up The Waylanders, is a note from the developers. The note says the game is still in development. Bugs abound, and the complete game is not available to play. My own luck for getting bugs in a game is low, so I didn’t worry initially. And yet…

I start the game on my laptop, and notice the need for something with more power. I try to play despite that, turning everything down to the lowest settings. I made it through character customization and the opening cutscene before it was too much. The cutscene glitches every second. Hair won’t stay on the head, dialogue cuts out sometimes, characters simply vanish during camera transitions, and some scene moments simply skip on their own. 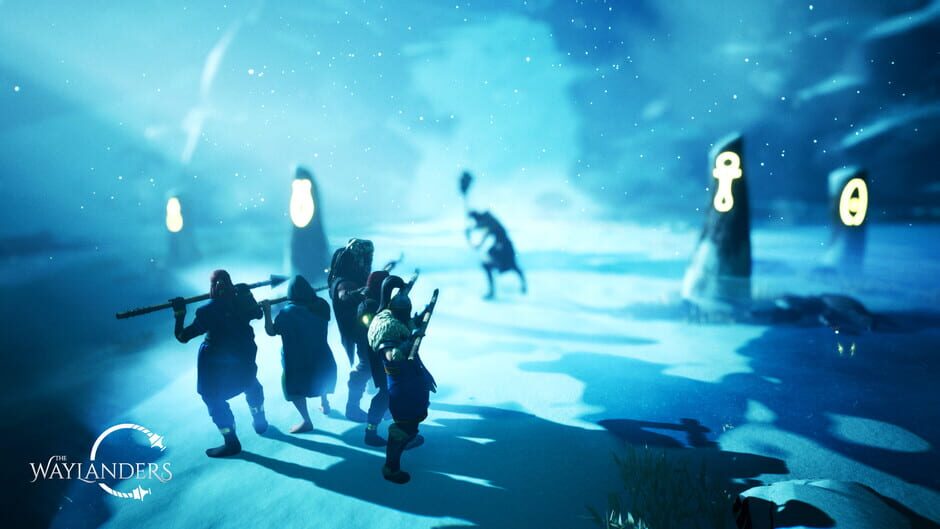 So switching to a different computer, my desktop, I can play the game on the highest resolution. All of the cutscene issues are long gone. Some audible dialogue is still missing, and some screen changes are messy.

My experience with MMORPGs involves mostly free 3D MMOs and tons of years in Lord of the Rings Online. The transition to console seems highly possible thanks to FF14, but Waylanders is like a big step back. I suppose I can understand the difficulty for The Waylanders going for a party RPG, managing multiple party members you can switch between and play at any time instead of taking care of a single character. But why put a pause function on the X? 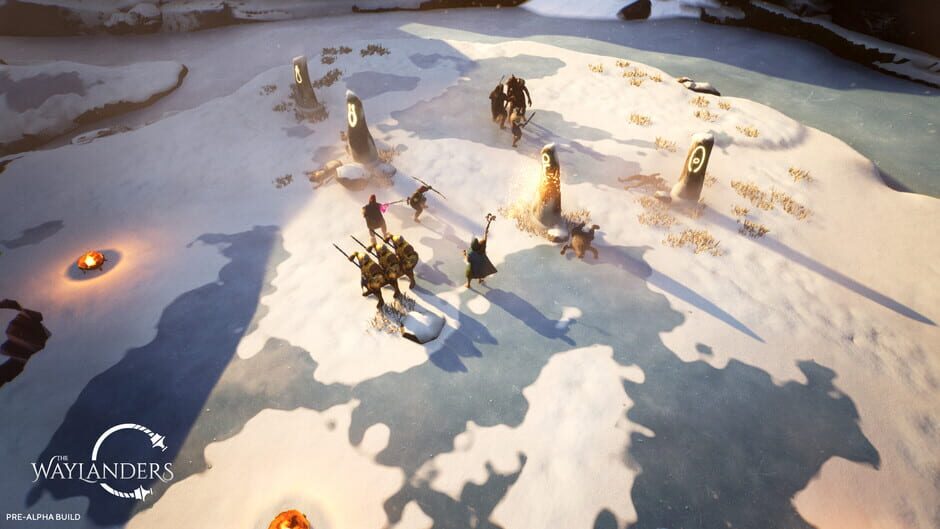 I died a few times before completing the island. At first I realized my mage was trying to be a tank, so it was my bad. But I also noticed the rest of my party members aren’t helping me. The AI was left on default, but it fought in battles whenever it felt like it. Most of the time it wasn’t a problem, but on some runs, the enemies seemed to be really powerful. Sometimes I could blaze through all of the enemies, pop a potion, and be fine, and others I die very quickly, and my teammates were dead before me.

As the gameplay commences on a new island, the level is fluid, solid, and fun to explore. I switch between a keyboard/mouse and an Xbox 360 controller to test them, and discover playing with a keyboard is favorable. There are a lot of button combinations, like needing to press both shoulder buttons just to bring up a shortcut item list. But the keyboard also streamlined the crowded UI, letting me see more of the game.

The characters, places, and objects are all impressive, easily among the best in this genre. I am always drawn to computer animation graphics, and the visuals on display in The Waylanders succeeds in holding my interest. It mixes cartoony, plastic-like figures like those of Ratchet and Clank (2018) with surreal textures of cushioning sands or glimmering reflective metals. 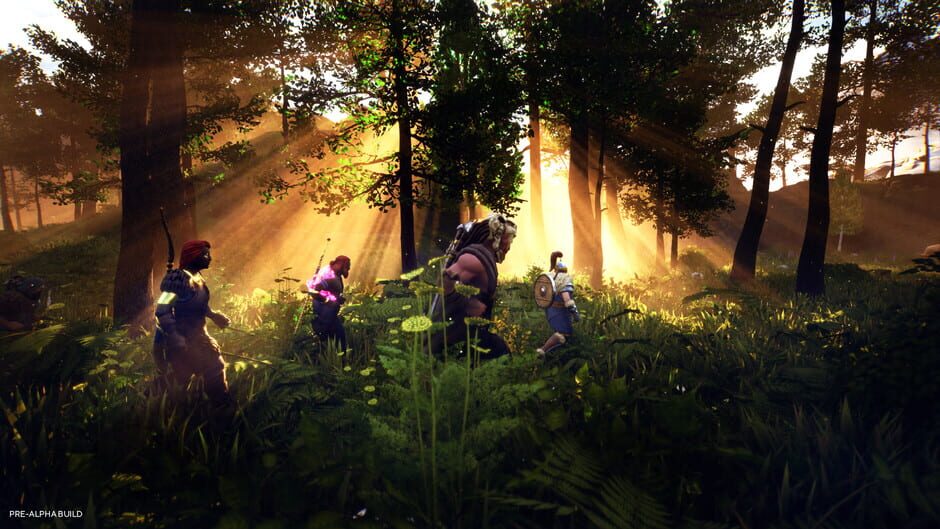 The Waylanders‘ story is one of its strong suits. The character you create becomes an enigma to destiny, similar to Kingdoms of Amalur. The seers cannot see what you are capable of doing, so you are free to live how you wish. This happens after a run-in with some crazy figures messing with the world, on your peaceful travel to meet the games’ gods.

And predictably, everything goes wrong, the good king dies, and the snotty prince becomes ruler.

During this crisis, the player is introduced to fighting. Again, the mouse is my preferred method. Using the controller made targeting nearly impossible. My mage character could attack from afar, but because of my limited know-how, I could only attack once the enemy was directly in front of me. This complaint evaporated once I picked up the keyboard, however. 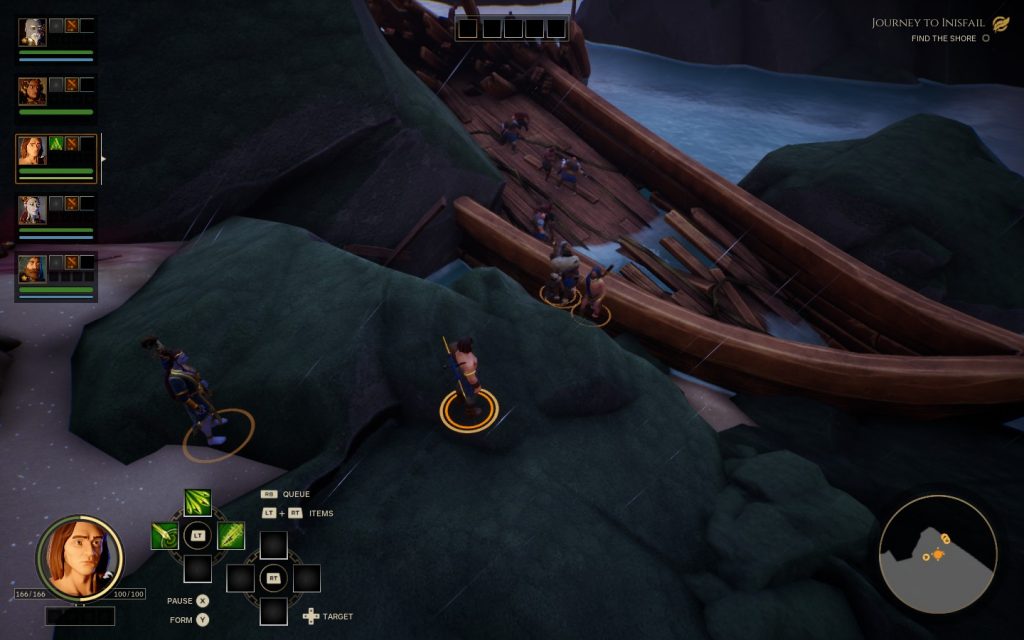 The biggest issues came from a beach. I couldn’t progress any further, and if I ran around on the rocks long enough, I became stuck. Obviously, the game lets me switch between party members, but not even the AI can get unstuck. 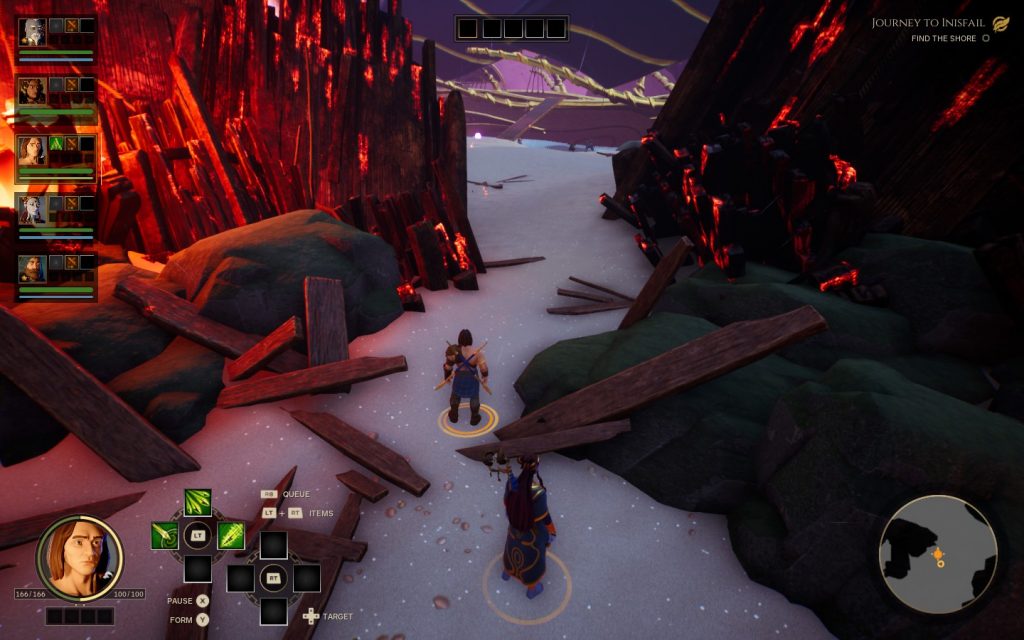 I couldn’t move past this point; I wasn’t meant too apparently.

I mean it; I start, did nothing to his health bar, and then he goes away.

I feel like The Waylanders has a lot of potential, and a lot of things to iron out. But if it can get a grasp on its issues, it can stand out. The level of tech used and the amount of work already put into The Waylanders is a good sign that this game is being handled by top-notch developers. With only a few games under their belt, Gato Studio is ahead of most indie developers, and I daresay some mainstream too.

Players may want to be wary, however: there is an immediate use of strong language. The character creation screen also has women and men wearing nearly no clothing, with breast nipples covered by war paint.