For a game still in Early Access, Valheim is exceptional. In just one month, this survival RPG has become a massively successful indie game, gaining over five million players. It clearly shows a great deal of long-term potential.

The Viking setting is one of my favorite settings for any story, so long as it’s done well. Additionally,  I am a big fan of Norse Mythology. In short, Valheim is right up my alley. 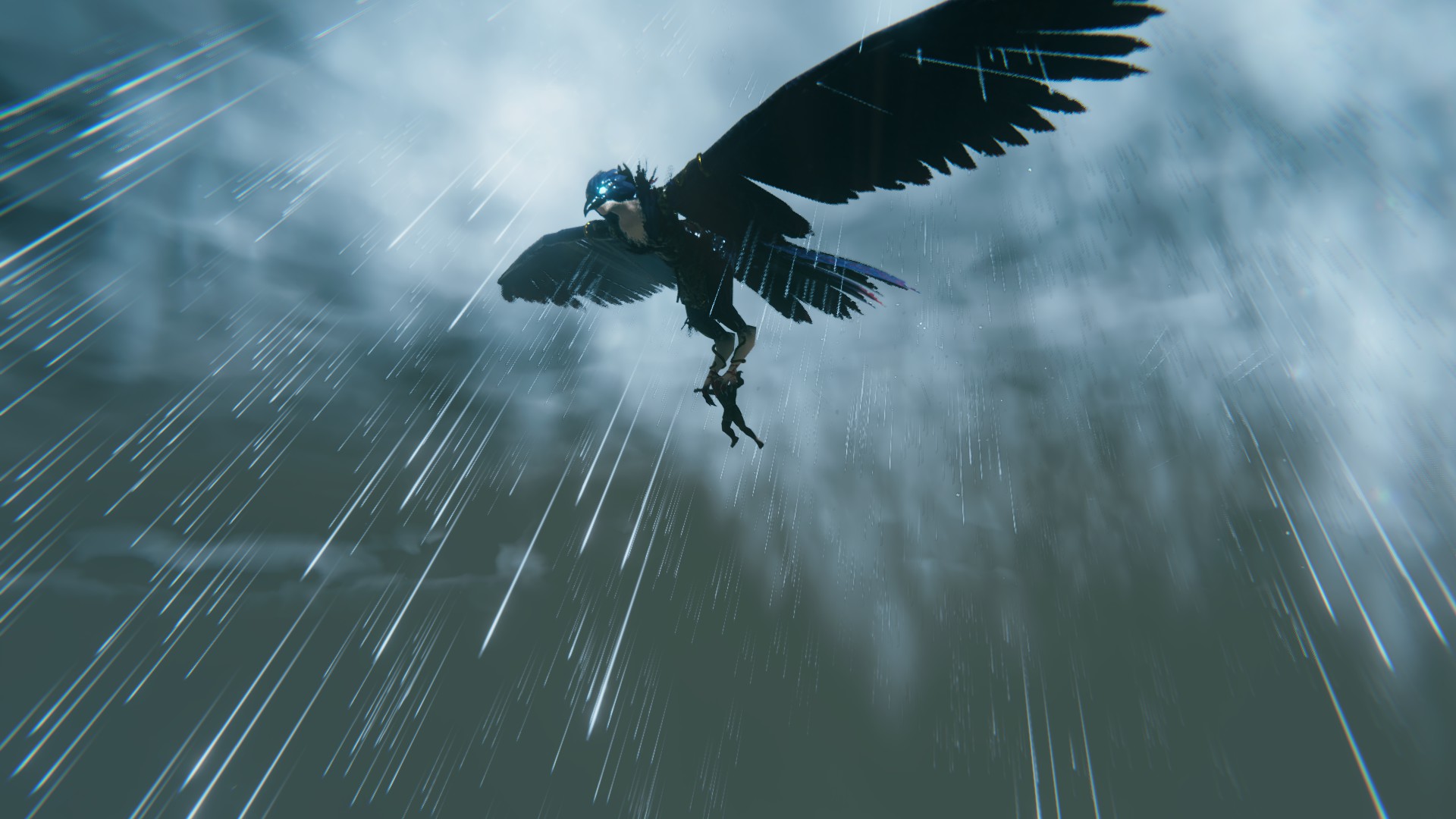 Right away, it is clear that the game takes creative liberties and plays with the mythology. Odin created a tenth world—one never mentioned in the mythology—called Valheim, where the greatest warriors of Midgard (Earth) would go before being allowed in Valhalla. Those warriors were given a mission to slay all of Odin’s enemies, and only then would they be granted a place in Valhalla. Thankfully, they’re not alone. Odin’s raven Huginn appears at various times to give advice. 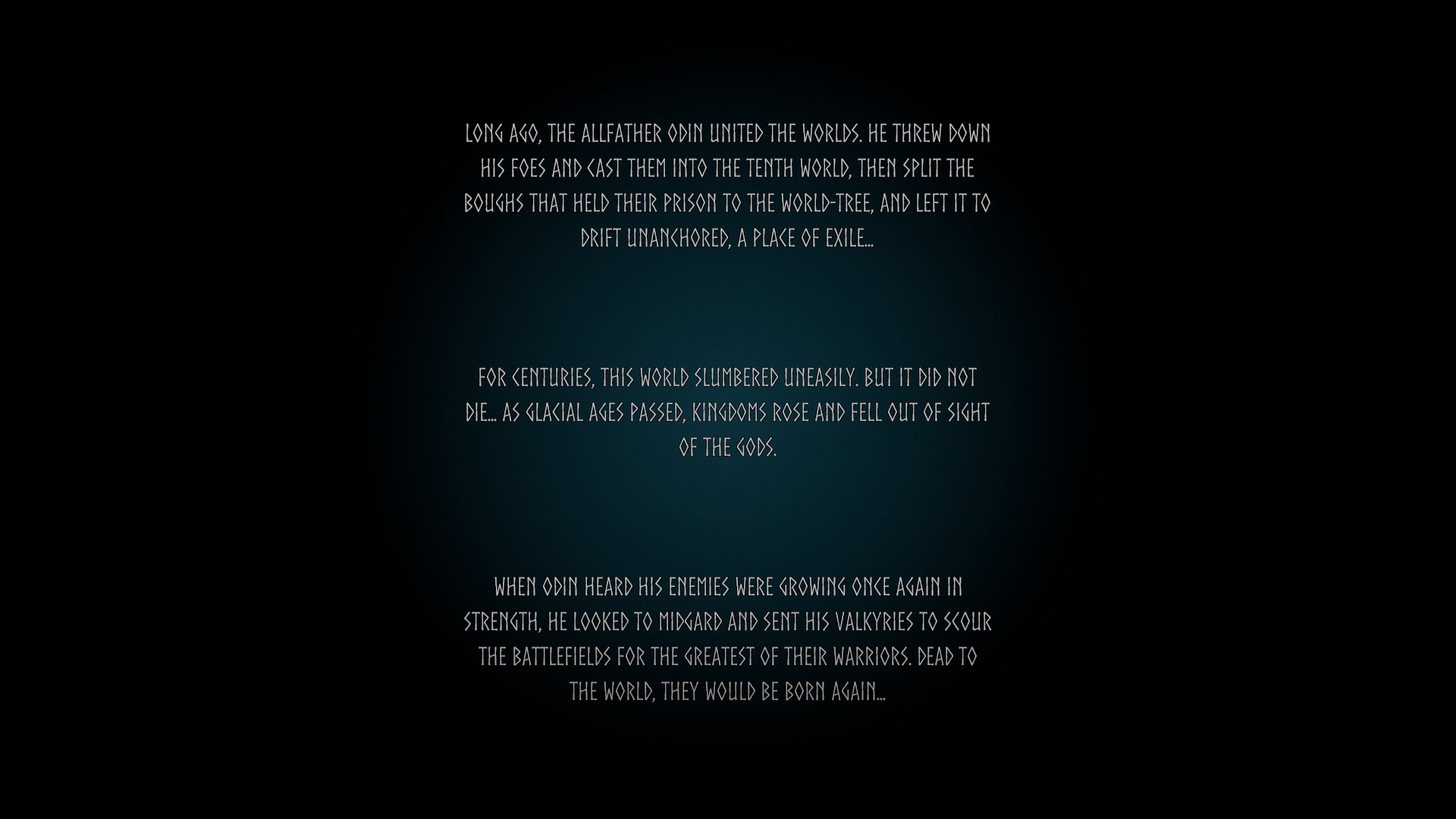 Crafting is integral to the gameplay. It also serves as a blend of RPG and survival elements. While you can craft clothes and weapons from the menu, you need a workbench to craft anything to do with shelter. There was a comical saga—humorous in hindsight, at least—where I ended up crafting an entire hideout just so I could sleep through a night.

I had a bed inside a prefab structure I found, and a fire pit outside. When I tried to sleep, the game notified me that a bed must be near a fire. After putting a bed outside next to the fire pit, the game said the bed needed a roof over it. Then it told me the bed was too exposed. Fast forward an hour, and I finally had four walls with spiked logs on top, two doors, and enough of a roof to cover the bed. All this to say: be prepared to do a lot of crafting, and gather as much wood and stone as you can. 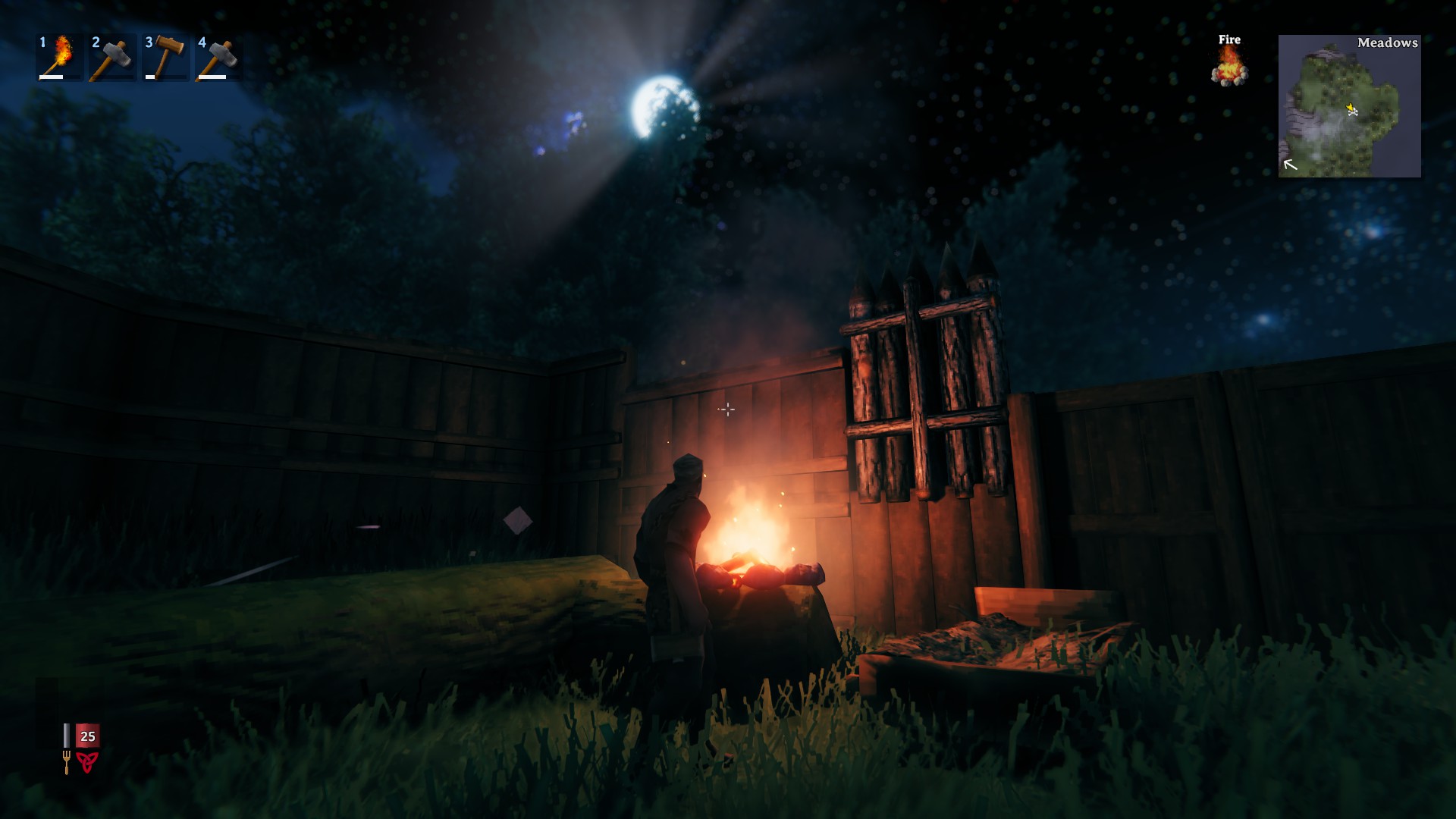 I’ve been playing solo, but I suspect multiplayer is where the game is best. Valheim is a harsh world, and enemies can easily overwhelm you if you’re not careful. Another player or two could turn the tide in such circumstances. Or it could make dying sting less because you’re not the only poor soul to get crushed by that huge troll you stumbled upon in the woods. 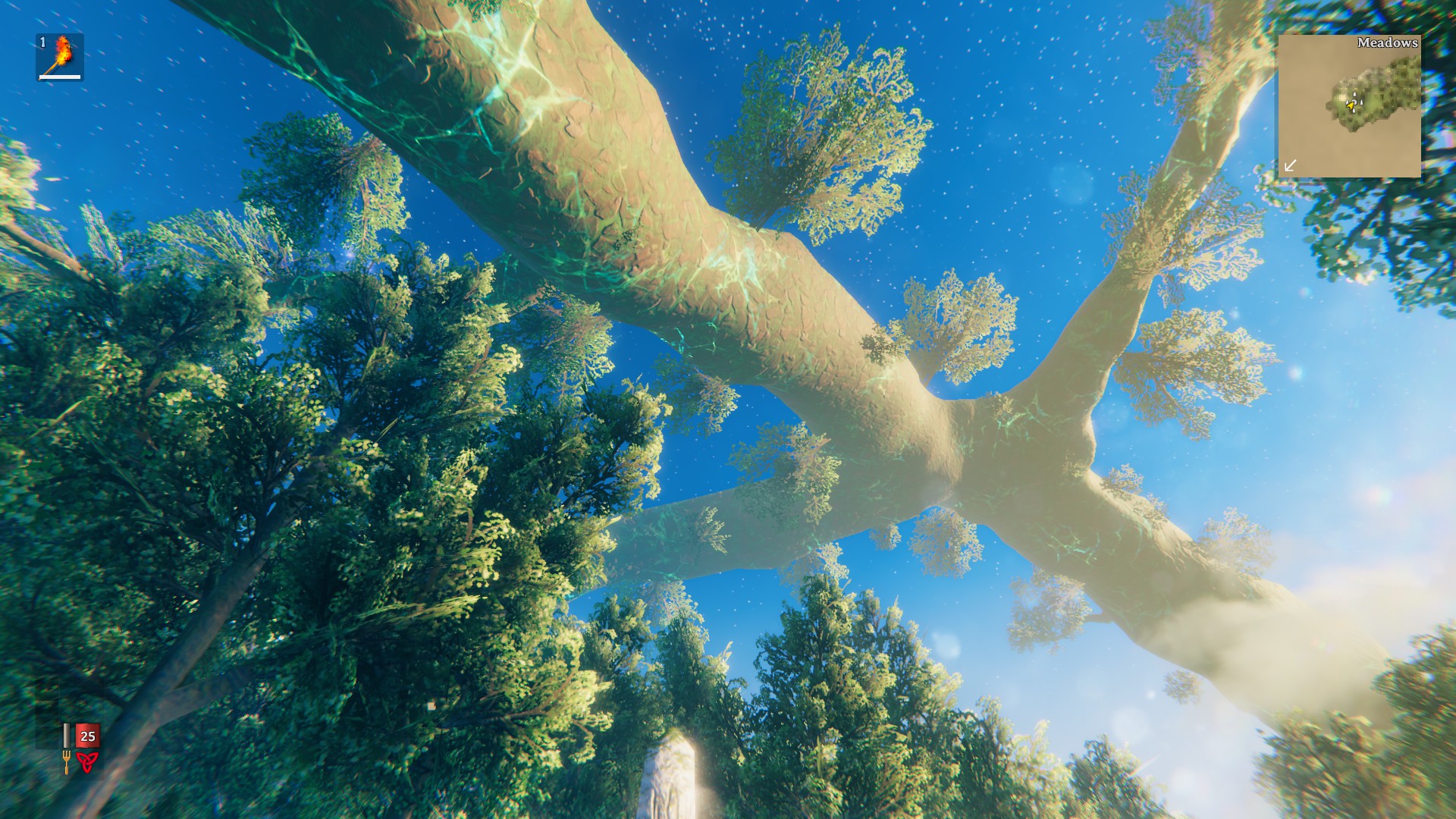 Speaking of giant trolls, the game gave me a brutal lesson in preparedness. While exploring, I escaped from two Greydwarves—enemies that are too powerful to fight at the beginning—and decided to head back to my camp. I came to a large river that I thought I could swim across. Tragically, I misjudged the distance. In my attempt to climb onto a rock to recover, I ran completely out of stamina and drowned.

Death in Valheim means losing abilities, as well as your inventory. I had no special abilities to use, but I did have full pockets. The game even suggests keeping extra items in a chest just in case you die. I had not yet put anything in a chest, so everything I owned was waiting for me in the river.

On my way to retrieve my supplies, about a hundred yards away from camp, a couple of weak Greylings picked a fight with me. Unbeknownst to me, a large troll wanted in on it. As I fended the Greylings off with my mighty Viking fists, an enormous boulder came out of nowhere and hit me on the head, flattening me. That’s when I learned a valuable lesson: dying again before regaining your stuff from last time does not make them disappear forever. You can still get your inventory back if you can make it to where you lost it. 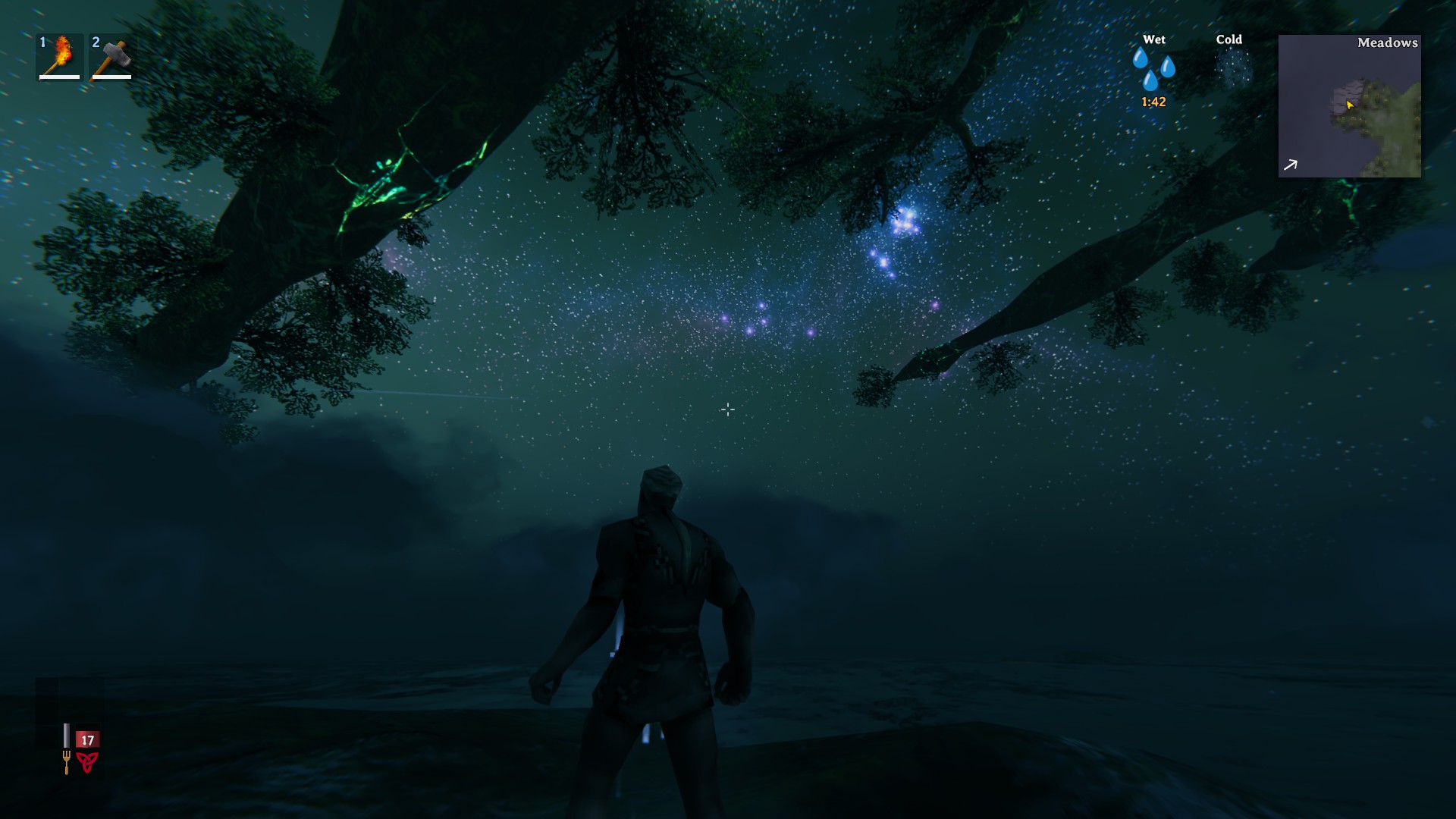 I have found a couple of flaws. For example, when you build something, even if it’s small, it stays where you built it. If there is a way to move something, I haven’t found it. I’m hoping they add that functionality in the future.

On the visual side, it occasionally takes a few extra seconds to render everything. While the environments are gorgeous from a distance, anything up close looks rough. Hopefully they’ll polish that before the full release. As it is, it looks better—and therefore more professional—than Outbreak: Epidemic, so they’re already on the right track. 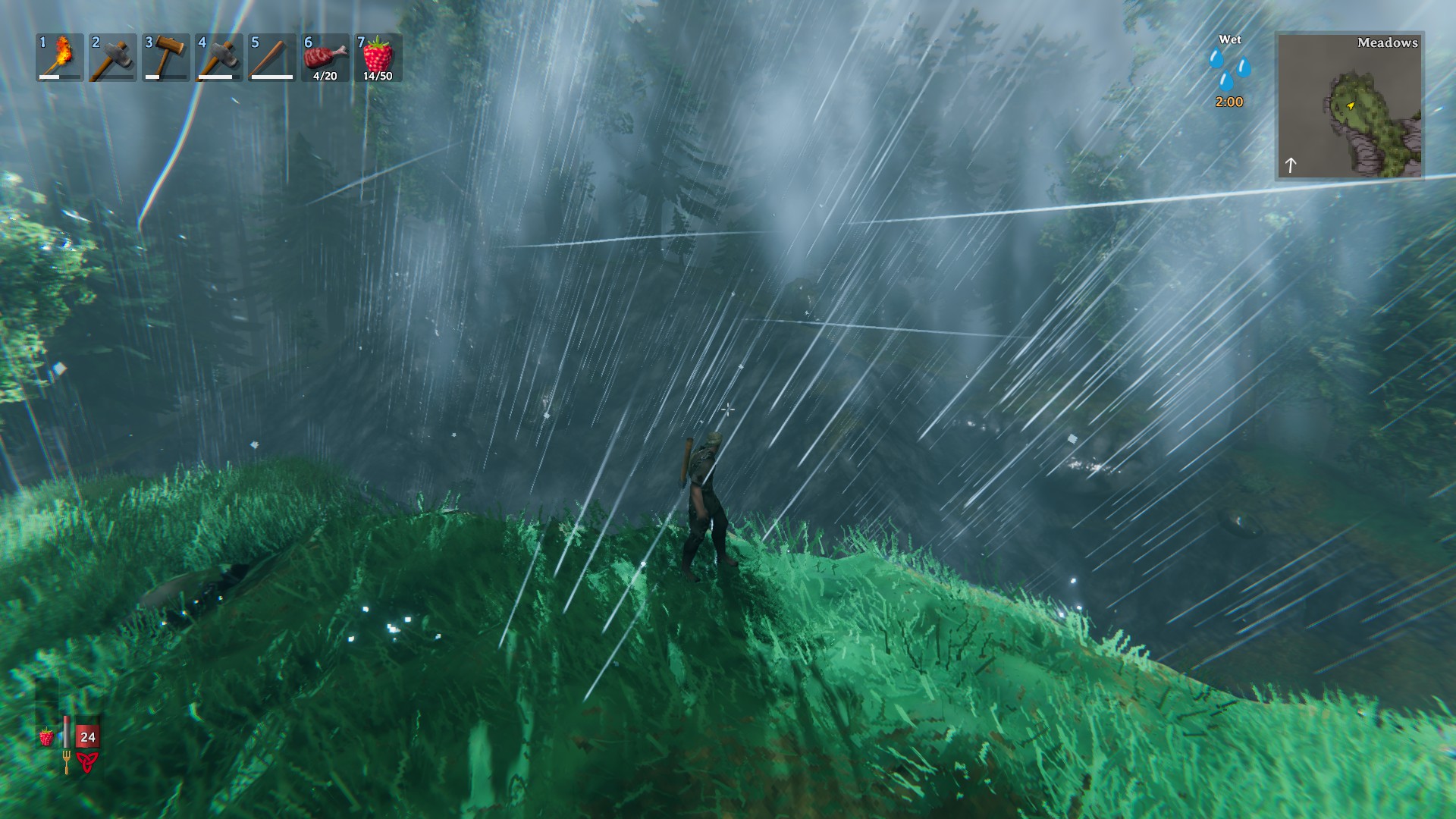 Overall, I think Iron Gate Studios has something special here. It’s impressive how well they’ve been able to balance the RPG and survival aspects, without either one overpowering the other. I’m only a few hours in and haven’t been able to make it far into the story, as I’ve spent most of my time crafting and exploring. There are still so many things to see, it’s almost overwhelming. I’m looking forward to continuing my journey and discovering everything Valheim has to offer. 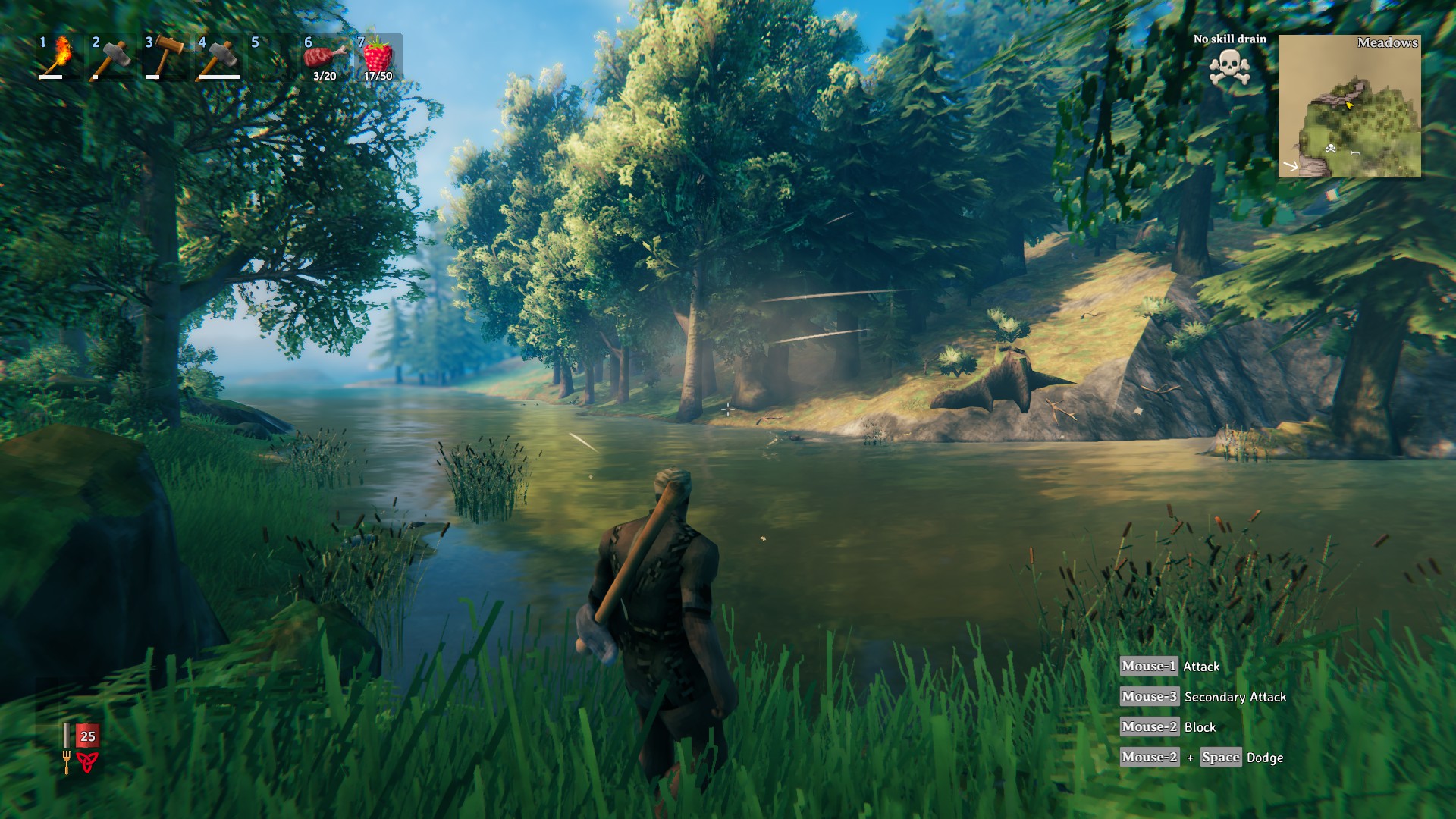