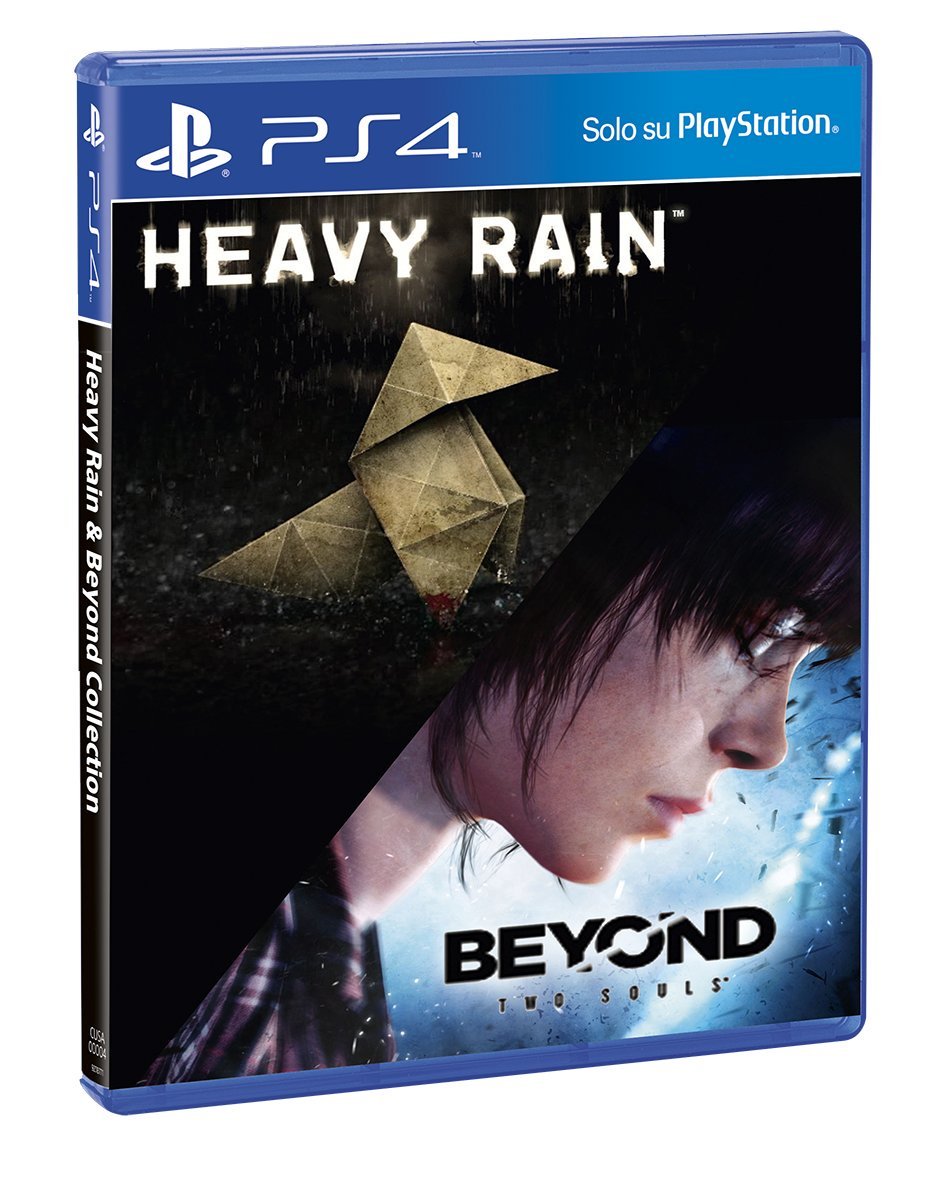 I have always been interested in good stories, and Quantic Dream have been crafting excellent ones since the company was founded in 1997. The developer has released five games in total, with Heavy Rain originally released in 2010 on the PlayStation 3. So why are we reviewing a game that released just over ten years ago? Well this is because earlier in 2019, the QD’s exclusivity deal ended with Sony, and the former announced that its Sony trinity of Heavy Rain, Beyond: Two Souls, and Detroit: Become Human would be making their way to PC. The Heavy Rain port, then, is why Geeks Under Grace is reviewing a ten-year-old game. 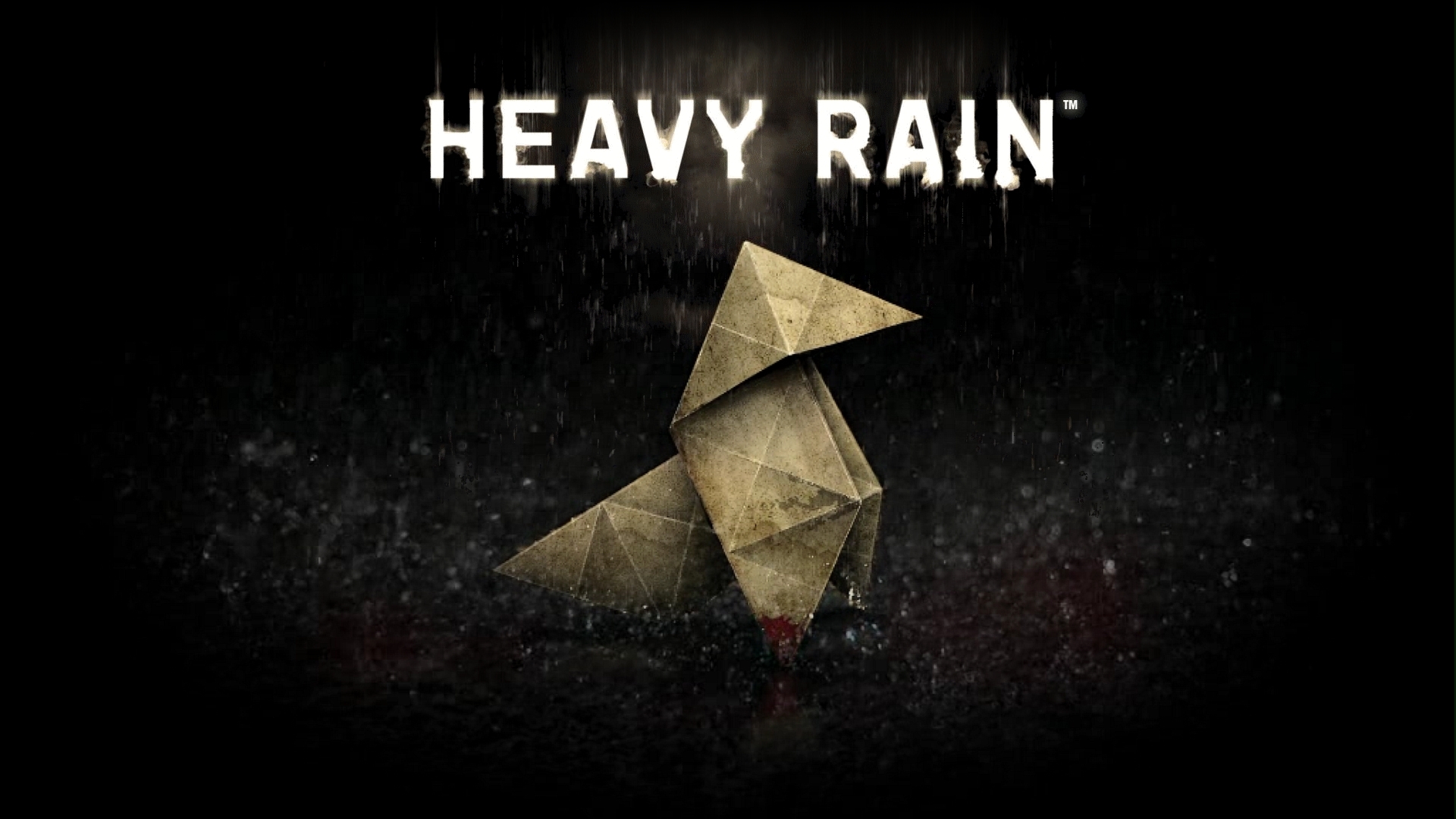 Violence: Violence in Heavy Rain is brutal and frequent. Since the game revolves around solving a series of murders, it should come as no surprise that grisly scenes are a reality. There are occasions where a failed QTE will result in the permadeath of a character including main characters. The game does contain scenes of torture and a convenience store robbery with handgun. Heavy Rain also contains several scenes of sexual assault against a female character. Towards the end of the game, there are scenes depicting suicide. Heavy Rain is a gritty game but doesn’t apologize for it, but rather, it is an honest game observing how brutal the sinful world can truly be. 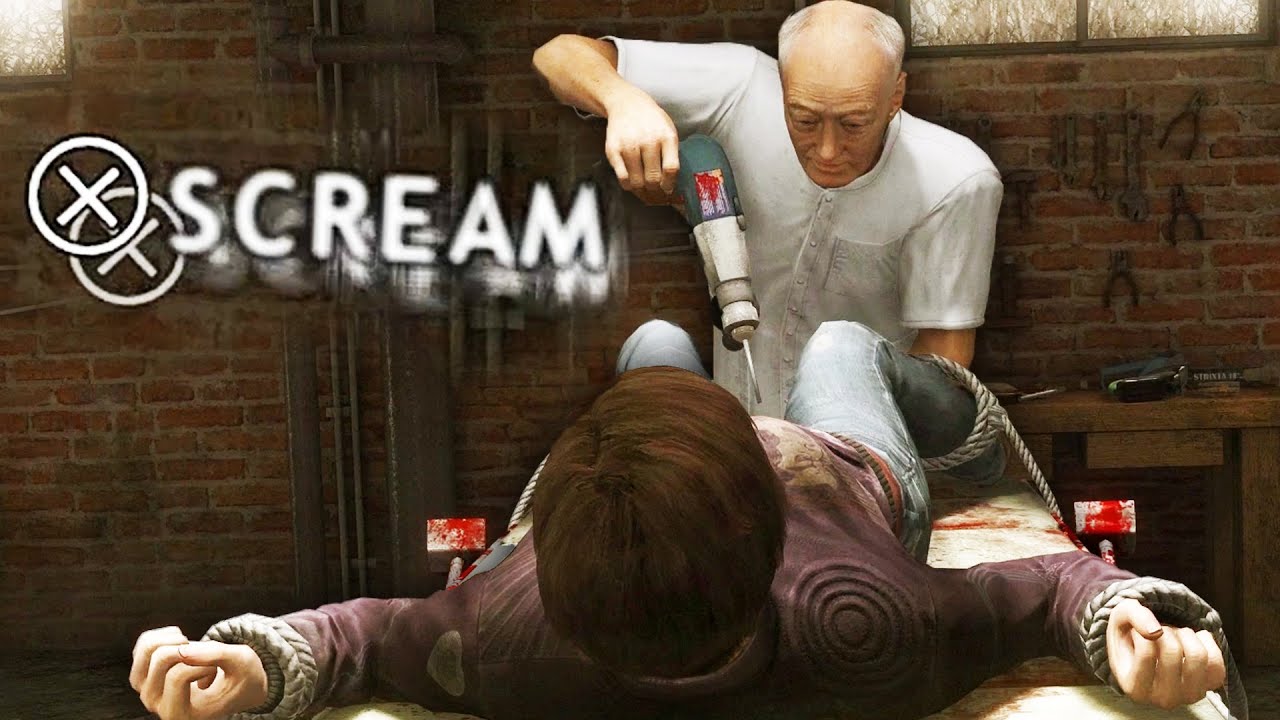 Language: Adult language abounds in Heavy Rain much like an unedited episode of Law and Order or a 90’s action flick would go. 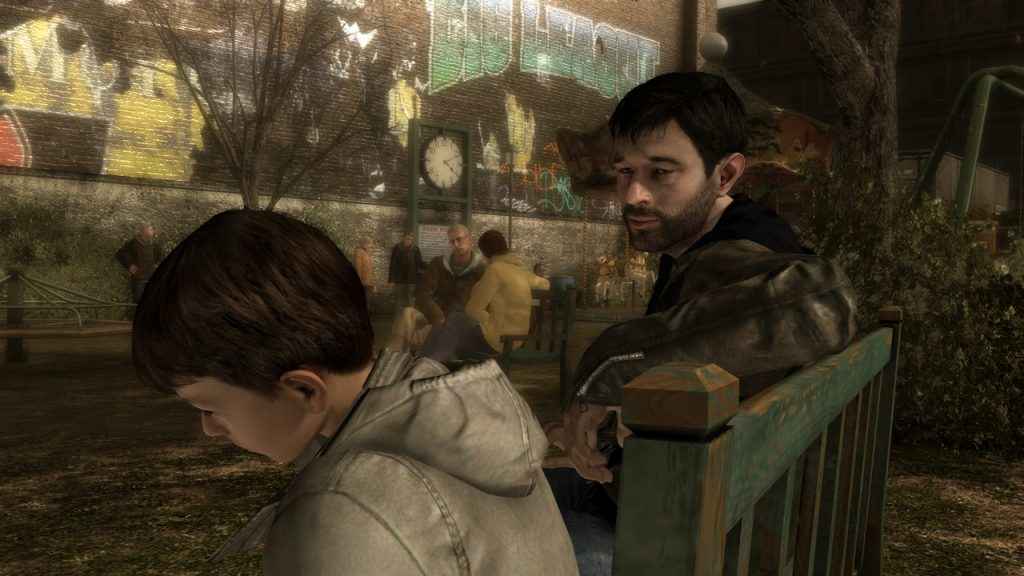 Positive Content: I would argue Ethan the protagonist demonstrates a Father’s love much like how God loves us. Jesus sacrificed His body and blood on our behalf. To prove His love for his son Ethan must sacrifice a part of himself. Granted Ethan’s actions do not offer forgiveness of sins for the whole world, but it does offer a glimpse of how far a father will go to rescue his son. 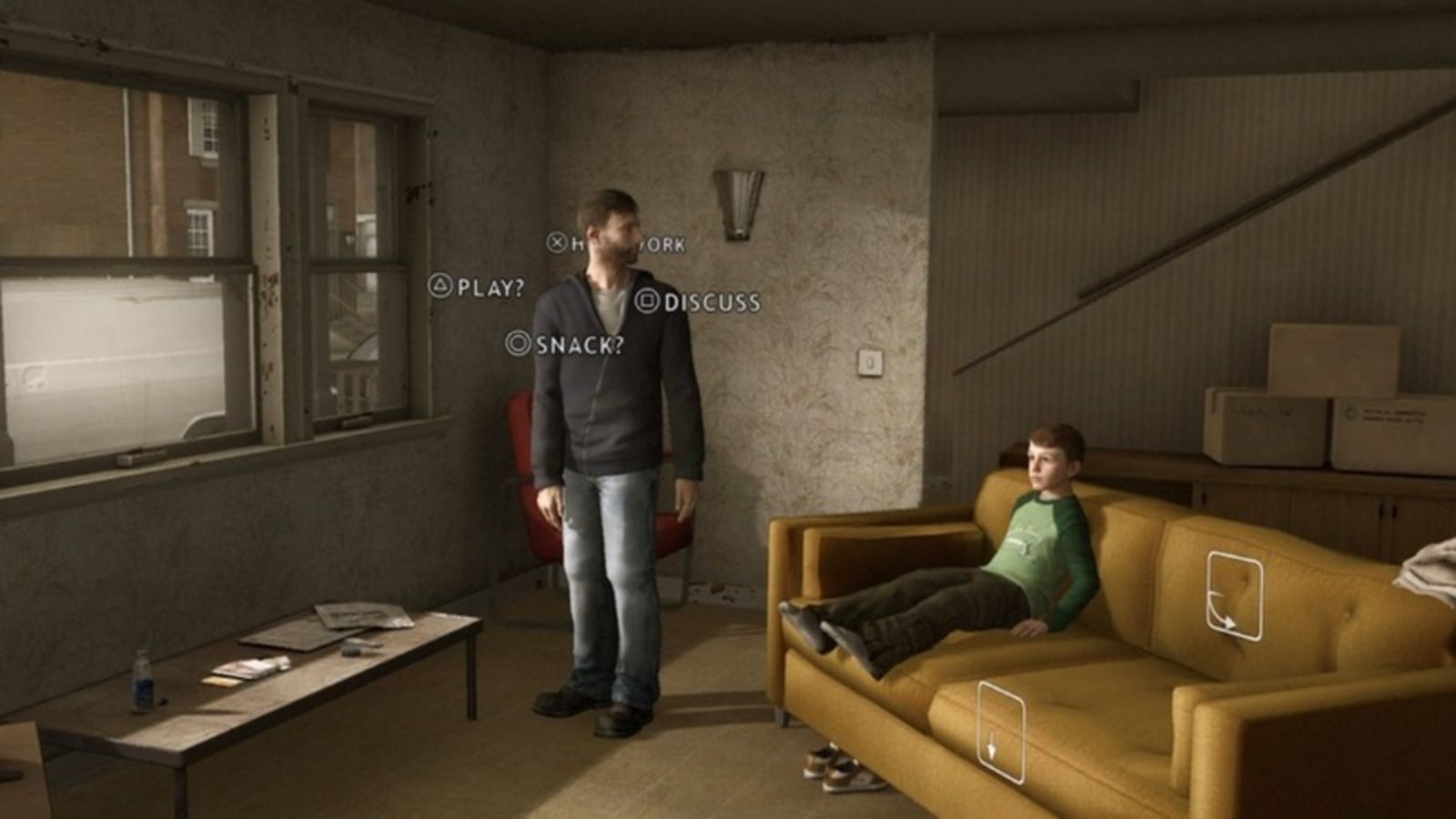 Heavy Rain’s story focuses on a four daytime spans in which Ethan Mars’ son is kidnapped under his watchful eye, presumably by the Origami Killer. From there, the story is divided up into chapters and the individual story lines of the other main characters. However, Ethan’s story is rather heartbreaking. The game opens with Ethan and his family celebrating his older son’s tenth birthday. However, the celebration is short lived because Ethan loses his ten year old son in the mall. This sequence is honestly terrifying especially if you yourself have children and you have momentarily lost sight of them while shopping. When this happens, in real life, you develop tunnel vision, sounds become muffled, the crowd closes in, and the open spaces funnel down to nothingness. Quantic Dream excells at making you the player feel as if you’ve lost your child in the mall. However, at this point Ethan finds his son unharmed, but the reunion is short lived when Jason Mars is hit by a car and killed.

Ethan’s story picks up six months later and the game shares Ethan is now divorced with one living child. Shortly after this point, Ethan’s heartbreak continues as his younger son Shaun goes missing from the park. Here Ethan’s story is heartbreaking similar to Job in the scriptures. But will Ethan’s story be as positive as Job’s at the end of the game? The short answer is no. Heavy Rain is a storytelling  masterpiece full of twists and turns you’ll never see coming. 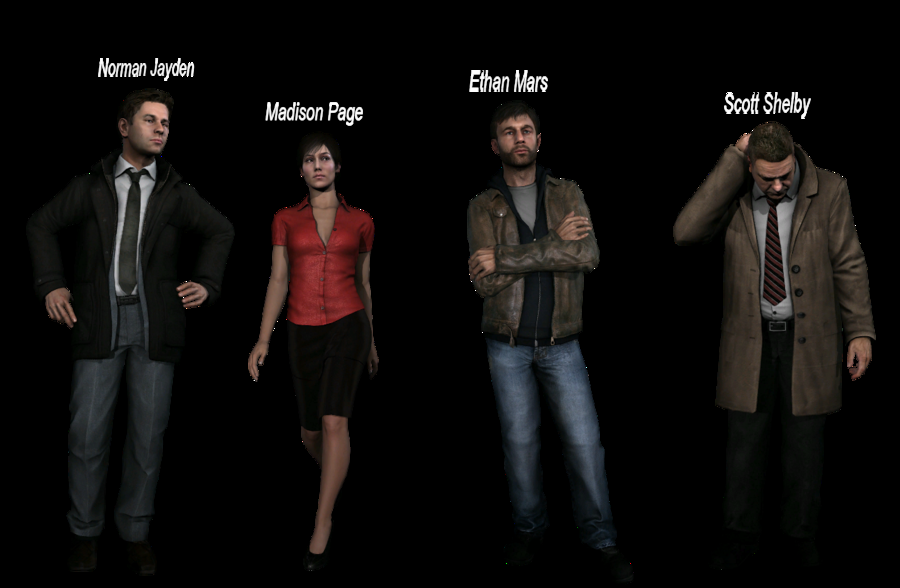 During Heavy Rain, you will control four different characters. You will play as a private detective, Scott Shelby, FBI agent Norman Jayden, journalist Madison Paige, the Origami Killer and main protagonist Ethan Mars. Each of these characters assist Ethan in his search for his son and each character offers unique information, tailored skill sets, and interesting perspectives of the Origami Killer his victim and motives. During Heavy Rain, each of these characters face a traumatizing event during their story.

It is also important to note that choices you make effects dialogue, story outcomes and even death. Death will close off certain outcomes and endings. The first time I played Heavy Rain, I accidentally killed Norman Jayden through my in-game decisions. Had he lived, I may have solved the mystery and received a better ending for Ethan. Heavy Rain also has an excellent supporting cast so take care of them! 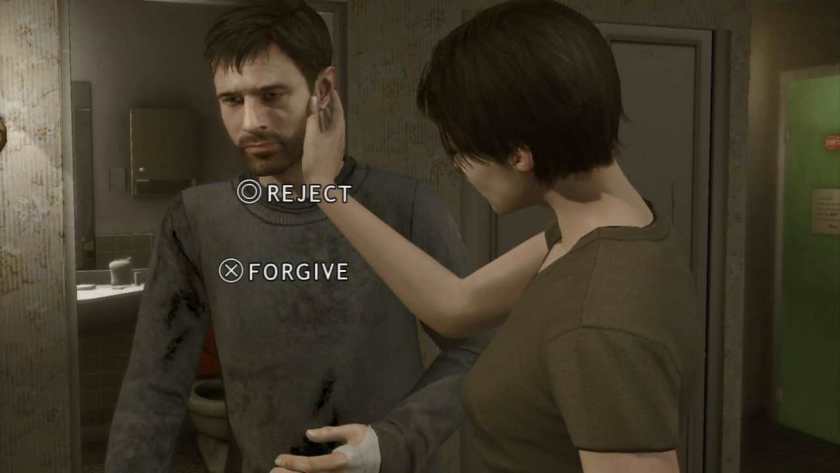 The gameplay, is consistently Quantic Dream’s biggest weaknesses throughout their catalogue. Gameplay consists of QTEs, similar to Until Dawn, including awkward button input combinations or analog stick movements. Failure to perform the actions correctly or timely can result in mission failure, leading to an alternate story path or permadeath. There is an instance where I needed to open files for an investigation, but rather than opening files the game kept forcing me to perform other actions making a straightforward section frustratingly difficult. Therefore, simple motion controls can break immersion and become a serious downfall for this game. However, the awkward button inputs make complete sense if you’re climbing up a muddy hill, which you will, or crawl through a tunnel of broken glass on your hands and knees—again you will. So when the character is experiencing a hardship, the player will face a similar problem with the controls. During those times the QTEs and motion controls make sense, and, dare I say, add to the experience. 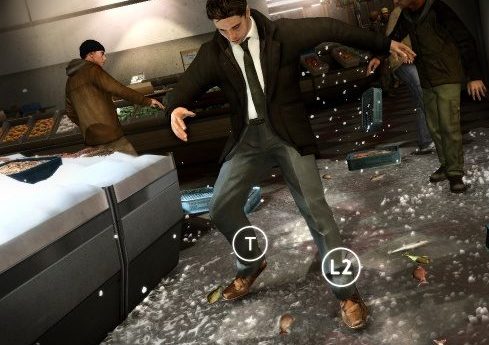 I feel Heavy Rain is a  game that video game enthusiasts must play. I feel it remains a staple in storytelling for a reason. It’s a gem from last gen that can be now enjoyed on PS4 or PC.

One of the best games from last gen, if you enjoy crime drama, if you're a fan of Yakuza or Judgment or Quantic Dream studios, you have to play Heavy Rain.