Brought to us by Double Fine, Brütal Legend is an action, strategy game set in an imaginative world. Players take the role of roadie Eddie Riggs, helping a rebellion of humans fight monsters and demons for freedom. Command an army, rev up the Deuce, wield the power of magic and rock, and take the fight on the road in the best literal version of the metalocalypse. 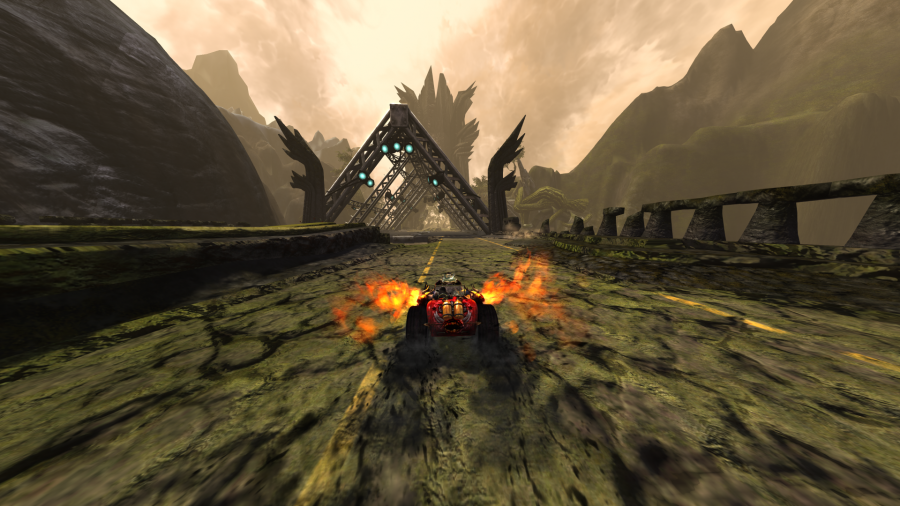 High levels of language. Every word from a** to f** is used. But the game has a unique feature to bleep it all out. The subtitles get the common @#$ covering, and the in-game dialogue is covered by the classic bleep noise.

High levels of violence. Decapitations, blood, impaled skin with metal, weapon stabs, bullet shots, animals mutilated, face melting, hearts being wrenched out of bodies, and heads torched off. Enemies and heroes fight with a variety of weapons from swords to ballistas. However, like the language, the gore and blood can be turned off.

There’s over a hundred tracks of licensed music from 75 various bands. Personally this author did not hear them all. The songs he did hear were mostly solos, and tunes about themes of driving, having a good time with rock and roll music, but at other times songs like mermaid murder played during battles. So discretion is advised when listening to the soundtrack.

Metal music is often called the devil’s music. And it doesn’t help when bands use that propaganda for notoriety.

Well, Double Fine takes that and runs with it.

Ormagerdon is the beast-like god of metal the freedom fighters run under against the demon Emperor. The undead, or the fans, are used to bring power to the fight, and used to get units on the battlefield. Eddie Riggs gains demonic powers midway through the game to use during fights.

“A good roadie knows his whole job is to make someone else look good, keep someone else safe, help someone else do what they were put here to do. A good roadie stays out of the spotlight. If he’s doing his job right, you don’t even know he’s there. Once in a while he might step on stage just to fix a problem, to set something right. But then before you even realize he was there or what he did, he’s gone.”

Being a Christian should almost word-for-word be like this level of roadie. As a worship leader, I know the difficulty of being seen, and trying to become invisible. To host the presence of the Lord and make sure that I’m not drawing the attention to my skill, or my desire to speak. It’s a hard line. Aside from the comical idea of playing behind a curtain, or asking everyone to turn around, essentially, musicians, pastors, speakers, and singers are on the stage for better or worse. And whether we’re actually on the stage, or “on the stage” living and walking our Christian life, our presence determines if the audience sees us, or the main act.

The end of this story sees Eddie riding off to “finish some errands”. While Eddie took the legendary axe, used his gifted powers to fight, lead, and conquer, drove his ideal vehicle, wielded music that can melt faces, and took down the big bad boss, he still didn’t get the acknowledgement. That went to the leader of the freedom fighters, Lars, and his sister, who takes over. It’s not the typical heroic ending. It feels like it’s taken from us in a way. But Eddie doesn’t see it that way. In his way, slipping back into the backstage to clean up, and avoiding the spotlight is the true victory.

A good roadie stays out of the spotlight. If he is doing his job right, you don’t even know he’s there. A good roadie knows his whole job is to make someone else look good. 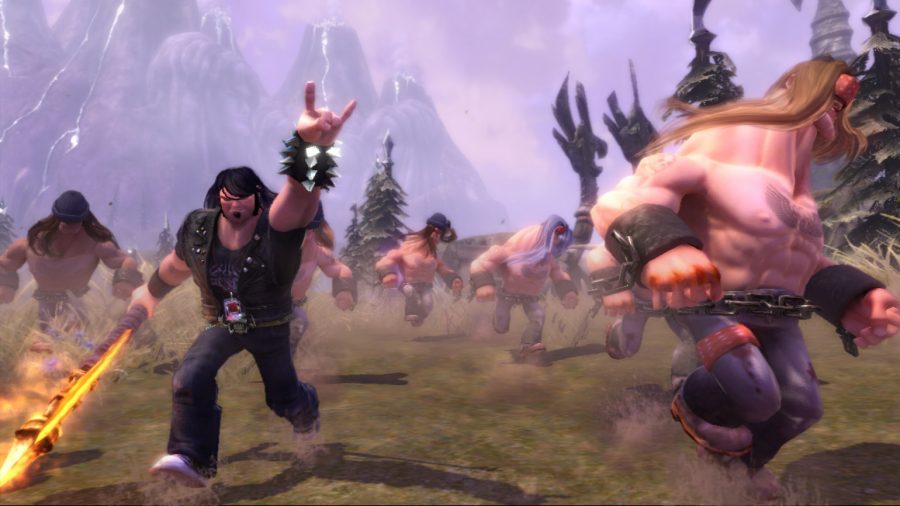 Eddie Riggs, roadie, is backstage, working for another concert to a young band that holds no respect for him. Suddenly the stage comes to life, and Eddie is knocked out. When he wakes a cult is surrounding him. With an axe lying on a nearby altar, he takes care of them and meets the spy Ophelia. Together they get out, Eddie resurrects dormant relics with the music from his guitar, Clementine. Ophelia leads him to Lars, leader of the revolution, bent on fighting for freedom in the entire land against the Emperor. Eddie helps them by doing what he does best, taking care of messes. He finds the scattered people of the land and uses them for their unique abilities. He also solves problems with his knowledge of setting up stages, managing a crew, and thinking outside the norm.

Highways and road signs appearing as old stone bridges. Musicians in mullets carved into mountains. A titanic cathedral with candelabras casting purple lighting. Seraphim trees, and motor-themed portals into an underground fire and brimstone cave. This is the aesthetic you might see on a metal album cover, because that is what Tim Schafer and the crew at Double Fine studios wanted in Brütal Legend. A world completely made real from the ideology of a metal concert.

It’s truly impressive to explore. There are homages and easter eggs for the most avid fan of metal music to find. Tower viewers are placed to give the player a birds eye view of locales. In between these areas are big open areas with enemies and allies fighting the player may choose to engage or avoid.

The game consists of a giant map with mission points, side quests, collectable statues, and other points of interest that all award points of upgrades. The map is slowly unlocked upon completing certain story missions. Different areas provide a change of scenery, which drastically changes. The opening brownish grass of Bladehenge and sky and the stained glass, foggy air and scaffolding of the Sea of Black Tears have no resembling markers. Everything to look at in Brütal Legend was given great care. 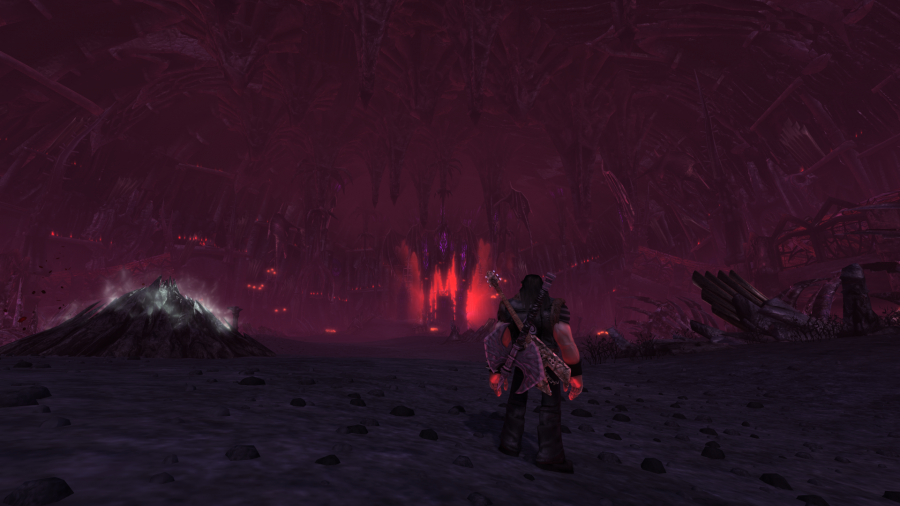 The slashing, the running car motor, and the lightning effects are fine and all, but what really gets the spotlight, is the voice acting, and music. As mentioned before, the soundtrack is licensed music from a plethora of artists. Bands like Dragonforce, Motörhead, Tenacious D, Ozzy Ozborne, Judas Priest, Black Sabbath, Mötley Crüe, Megadeth, and others lend a selection of songs.

Along with the music, some of the members of certain bands lend their voices for characters. Jack Black most notably as the main character, Ozzy as the Guardian of metal, and Lemmy from Motörhead as Kill Master. Even Tim Curry plays a role in the game. All of the talent and music adds more to the metal experience. 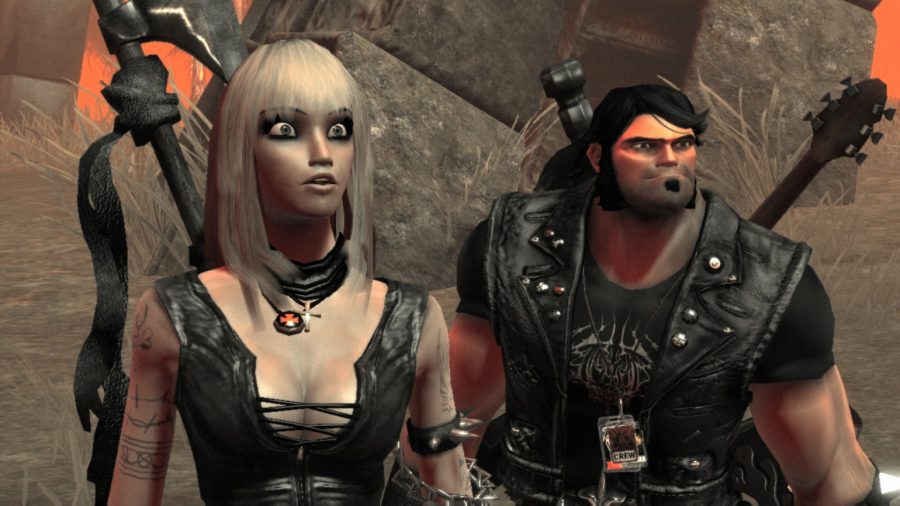 After having an explosive opening of hacking and slashing, driving through an open world, and getting wrapped up in the narrative, a sudden component, the true essence of Brütal Legend rears its face, and the game takes a turn for the worse.

That true essence is a shift in gameplay from hack and slash to real-time strategy, and repetitive side missions.

The story ramps up into warfare, and each side goes into big scale units to take control of the battlefield. Eddie is in charge of collecting resources, commanding units, and helping fight. Players can leave glowing markers for the units to respond to. They can range from defending, to attacking, to following, or regrouping. The units you have available are all the many different people players meet in the story. You’ve got the regular melee and range grunts, to your healer, mounted units, huge specialty unit, etc. The enemy will have similar units, just painted or skinned to match what faction they are from. There are a total of three different factions, but to describe them will give away spoilers.

Units can be upgraded, along with Eddie and the Deuce through points awarded. The majority of points will be awarded through story, but if you want extra, or are going for completion, the side missions will have the extra players are looking for. 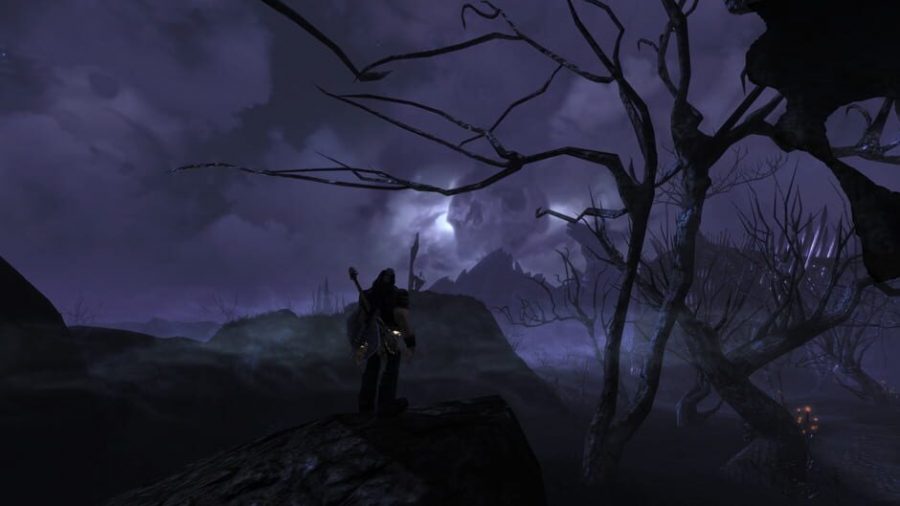 There are a total of three kinds of missions: escort, race, or ambush. Escort is the same it has always been: keep the AI alive while the other AI tries to kill it. Racing is kind of nice, until you’ve already raced through rings of the same locale already. Ambush is hacking and slashing with a fixed amount of allies with low health and no respawn.

This change in gameplay comes out of nowhere. What’s more, learning how to manage is a jumbled mess. At the midway, the game teaches and shows the bare minimum, and later ramps up quickly. In between escorting the bus, and just fighting these strategy battles, the game quickly lost some appeal. There was barely a variant in formula to keep it interesting, the story being the only saving grace.

There is also an online multiplayer mode, consisting of the same strategy battles between players, with a few different maps. 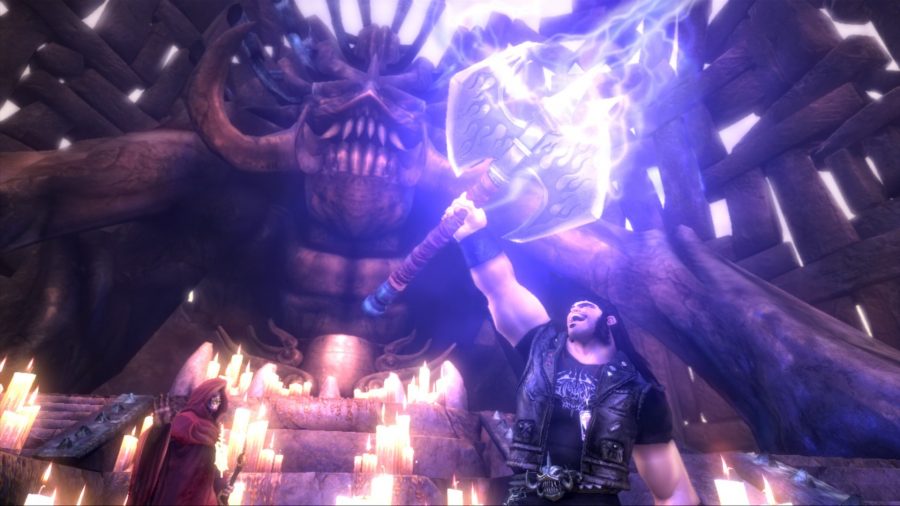 Brütal Legend is like an album with seven or eight tracks that really shine, with two or three that obviously get skipped over. I was certainly enthralled to keep seeing what would happen, and what I would see, and hear. But to have so much RTS required makes the end-half lackluster.

As far as I’m concerned, it’s the marriage of metal, world building, and video games that stands out above it’s faults. Metal itself comes from something unthinkable; electricity, music, and sound distortion. Without these, we wouldn’t have metal, and without metal we wouldn’t have Brütal Legend.

Play it for the experience, and walk away with the "I Did It" badge