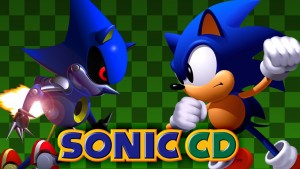 Sonic arrives at Never Lake where the Little Planet is supposed to appear on the last month of every year. But it isn’t there. We find out Dr. Robotnik has done something vile to the entire planet by chaining it to a mountain and covering it in wicked metal and robotics.

Upon seeing Sonic coming to save the day, the mad doctor sends Metal Sonic to kidnap Amy Rose (Sonic’s female hedgehog friend/potential love interest). To rescue the planet and Amy, Sonic has to gather the Time Stones (similar to the Chaos Emeralds) to reverse time itself and prevent Dr. Robotnik from taking over the Little Planet. Will Sonic make it in time, or will Robotnik overwhelm our hero and conquer time itself? 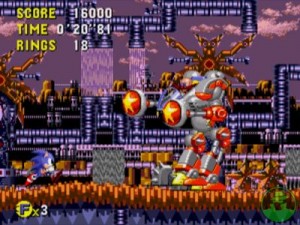 The game is a basic good vs. evil story, so there’s lots of smiles from Sonic and defeating darkness wherever it may lay. Rescuing Amy from the clutches of Metal Sonic hints at the typical damsel in distress, but can also be seen as helping others when they are in need.

There really isn’t much to worry about, since there isn’t any dialogue between characters, nor is Amy dressed in a provocative way (she being the only female character in the game).

Sonic does kill Dr. Robotnik in one of the endings by speed dashing a rock at super speed which blows up his flying vehicle. In that ending, Sonic failed to collect all the Time Stones and Robotnik was able to reverse time. Doing this brings back the past, and the Little Planet is once again metallic, thus making Sonic’s mission a failure. 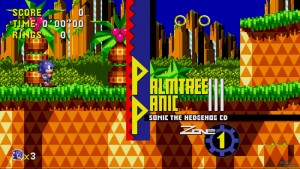 There’s really nothing that I saw that would be considered spiritual in any context. Aside from the typical light vs. darkness aspect, I can point out that Metal Sonic is very much like Sonic’s alter ego. He is not only evil, but he’s super fast, blue, and even wears similar shoes. Unlike Silver Sonic (Sonic the Hedgehog 1) or Shadow, Metal Sonic is the true mirror image of our hero.

Metal Sonic is like our old selves, before Christ came into our lives and changed us. Through the Holy Spirit, Christ has poured out His grace and mercy on us to live differently than how we once did. We want to please our spirit, not our flesh though we still fail at times. Metal Sonic is trying to beat Sonic to prove that he is the best, that evil will win and not good. We battle with ourselves everyday, but when we trust in God, He gives us the strength and grace we need to overcome the world.

33 I have told you all this so that you may have peace in me. Here on earth you will have many trials and sorrows. But take heart, because I have overcome the world.” 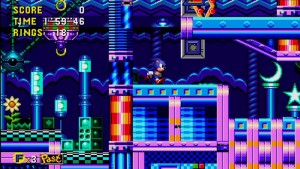 If you’ve played any other Sonic the Hedgehog game for the Sega Genesis (Sonic 1-3, Sonic and Knuckles, etc.) then this game will be very familiar. I would say more so if you compare it to Sonic 1 and 2, since the game was released before Sonic 3 so the game play doesn’t look so much as that one.

Special stages are staples in Sonic the Hedgehog games, and Sonic CD uses them very differently. You have to attack UFO ships and destroy them all before time runs out to collect the Time Stones. Without them, you will not get the “good” ending, so be sure to get them!

Dr. Robotnik always fights you in various machines as always, and some are more difficult than others.

It’s fast and all over the place, so it can be hard to explore the entire zone since it’s so big. In fact, there are technically three zones in one because you are able to travel to the past or future of that zone and they are all different. You can spend a lot of time in one zone if you start jumping between time, so use it wisely.

Items are scattered throughout, and you will need them, because it is a challenging game. Some levels are harder than others, but the game is not impossible. Have fun racing against Metal Sonic, that can be frustrating at times since he will catch up to you regardless of how fast you go, but the level is a lot of fun. If you just fly through it without paying much attention to detail, you can beat it in about an hour or a little more.

This game looks very similar to Sonic 1 and 2, though not 3. If there ever was a direct sequel presentation-wise to Sonic 2, it’s Sonic CD. I will say though, that the game looks a little psychedelic in regards to level design and the special stages with the funky colors. Honestly, sometimes the levels have so many colors and so much going on that you can get confused as to where an enemy is because they blend in so well.

The soundtrack has its good and bad parts. Stardust Speedway, Wacky Workbench, and a few of the “Present” zones’ music have nice, jazzy upbeat beats to them. Others though, just sound bland or weird, so I cannot say the music is anything that special. The intro song is catchy though, and you will be singing “Sonic Boom” long after it’s over. The opening and ending cut scenes were a great addition and I wish more of these were in other games. 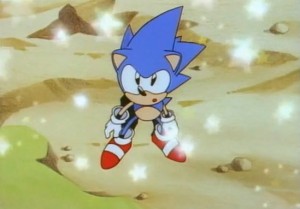 This is a well-made entry in the Sonic legacy, and yet it’s also one of the most obscure and less-known games of the Sonic universe. As a fan, you should definitely pick it up or if you just enjoy a fun adventure game that can be both for kids and adults alike.

If you’ve never played this one on Sega CD when it first came out (I did, and I enjoyed that system so much…) you can pick this one up on PC, PSN and other digital outlets. See our link below to get your copy!

Click the image to purchase Sonic CD through Amazon digitally.