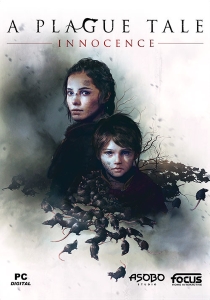 Holding a torch aloft in one hand, a young girl leads her brother by the other as a sea of rats swirl around the light. The scene immediately conveys one of my most hated mechanics in gaming—escort quests. If you share my trepidation, however, you can rest easy. A Plague Tale: Innocence doesn’t turn into a painful babysitting game. In fact, it may be one of the best games of 2019. 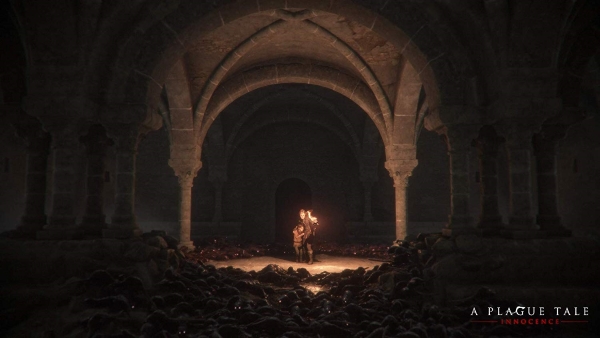 More presciently, the main protagonist, Amicia, is shown to have faith in Jehovah. Upon reaching an altar at one point, she says a prayer for her mother and father.

Unfortunately, the game deploys some mysticism (then again, how could you not when there are swarms of deadly rats flowing like a river around you). There are a handful of alchemists in the game. While much of it is referenced as early scientific chemistry, there’s definitely an air of other-worldly elements associated with. There also seems to be some latent abilities tied to certain characters throughout the game. 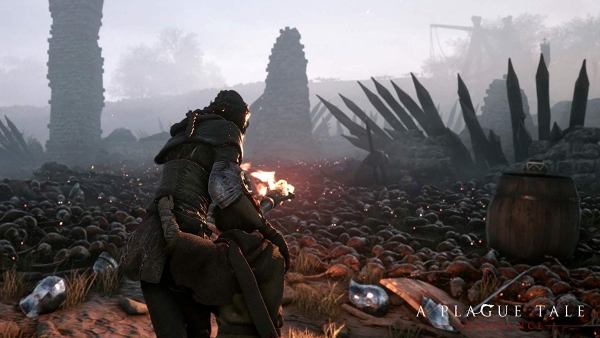 Violence: Though the game’s main cast is largely comprised of youths, there is some fairly grotesque violence depicted. Amicia has a sling as her only true weapon. In order to beat enemies, she has to hit them in the head with a stone, not unlike King David would’ve done to Goliath as a youth. I half expected her to pick up a sword and finish them off a few times.

On top of the simple, sickening crunch and rag-dolling with the sling, enemies are merciless. They’ll stab you with a sword or knock you down and crush you with a shield.

The most grotesque gore in the game, however, isn’t from any weapon wielded by a man. The swarms of rats in the game are like land piranha. They avoid light, but if you put out a lantern near a guard, the rats will swarm over him in a matter of seconds, not only killing him as he screams, but dispersing after a few seconds to reveal a corpse stripped to the bone. 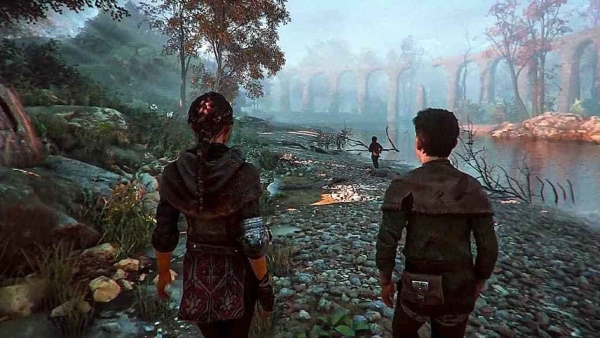 Language/Crude Humor: As a mature game, expect the entire run of the mill. There are even a significant number of F*** bombs here.

Positive Themes: Amicia shows her faith at times. My favorite (and possibly most obvious) aspect of the game, however, is in the subtitle: Innocence. Hugo is a five-year-old child who hasn’t seen much of the world. Though he shows fear of the unknown at times, as many of us still do as adults, he expresses his wonder and joy at some of the simple things in life, like walking along the edge of a pond as frogs hop in. It’s endearing in a way few games can convey. 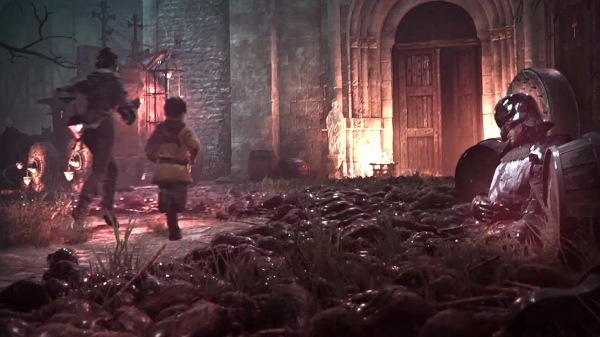 On a rare occasion, something special releases without much hype or fanfare. Last year, that gem was Vampyr, another game from publisher Focus Home Interactive. Now, A Plague Tale: Innocence is making a name for itself, and with top-tier storytelling and gorgeous visuals, why wouldn’t it?

The characters and storytelling in A Plague Tale are phenomenal. Players take on the role of Amicia de Rune, a teenage girl born to the wealthy de Rune family in 14th century France. After the Inquisition invades her home and kills her father, Amicia and her estranged, sick, five-year-old brother, Hugo, have to escape and find help. The ensuing tale leads them across the countryside, through wars and plague-ravaged cities. It’s marvelously told, though the ending did feel a bit wanting. I’m hoping it’s a possible opening for a sequel! 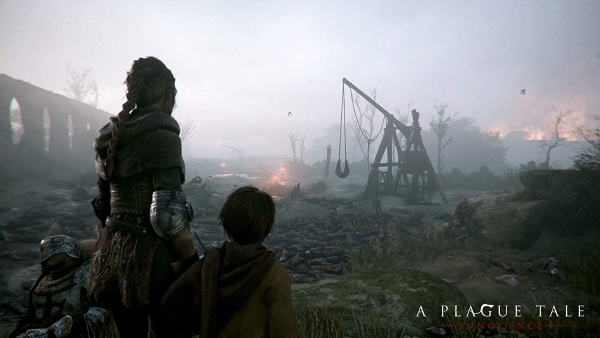 While the story is interesting and well-told, the characters steal the limelight. Amicia is a young girl thrust into a bad situation who has to act as both guardian and guide in a world full of horrors. Her brother is the reason for the game’s subtitle, Innocence. Having spent most of his young life ill and cordoned off, he lacks exposure to the world. As they journey together, you get to watch him grow and mature, experiencing things like the joy of playing with frogs for the first time or coming to terms with possibly never seeing his parents again. They’re engaging, endearing characters you’ll grow to love.

Amicia and Hugo are clearly the stars, and both their dialog and voice-acting shine. A Plague Tale‘s supporting cast is also worthy of praise. From the down-on-their-luck rogue siblings Melie and Arthur, to the young alchemist Lucas, to the blacksmith’s son Rodric, each shine in their unique backstories, personalities and unique gameplay mechanics. Even the villain, Vitalis Benevent, and his right-hand man Nicholas offer emotionally-driving performances. 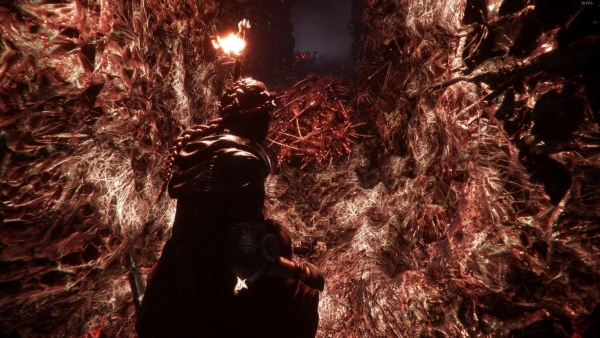 From a gameplay perspective, A Plague Tale is a stealth game with occasional escort elements and a few non-essential collectibles. You’ll have to sneak through shadows to avoid both rat swarms and Inquisition knights. With nothing but a sling, you would think Amicia was an easy target. While that can be true if the knights close the distance, the youth has a few extra tricks to handle baddies. Using alchemical mixes, she can do everything from snuffing lanterns to coaxing rats around. When the game first began, I thought the mechanics were going to be intensively cumbersome, but the game is designed and paced beautifully to  keep things from becoming irksome.

A Plague Tale is one of the most beautiful games released in recent memory. Environments are beautiful, meticulously crafted, and believable, while the characters feel like photo-realistic interpretations of their real-world counterparts. If you have a machine that can crank the resolution, you absolutely should. 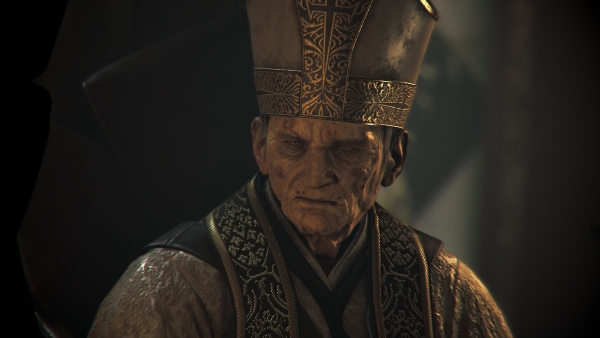 From top to bottom, A Plague Tale: Innocence is a wonderful single-player experience. Though there are a couple of low points in the tale, the incredible storytelling and excellent characters assemble to form a great narrative. At a quick glance, the gameplay mechanics appear daunting, but in practice, they’re crisp and satisfying. If you appreciate a game with a good, mature story, you should absolutely consider A Plague Tale: Innocence.

A Plague Tale: Innocence is a dark, mature game that tells a great story with top-tier characterization and well-realized gameplay mechanics.