Keeping the Alliance Alive and Remastered 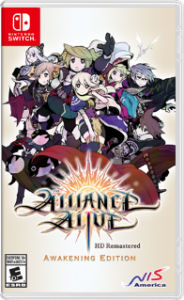 ESRB: E for Everyone

Alliance Alive is coming to the Nintendo Switch with a clean look. Whether you actively play games with rich stories or dabble here and there, you’ll find an interest in this. Previously for the Nintendo 3DS, NIS America has once again delivered a game with an enthralling tale and a big world to set it in, dood. 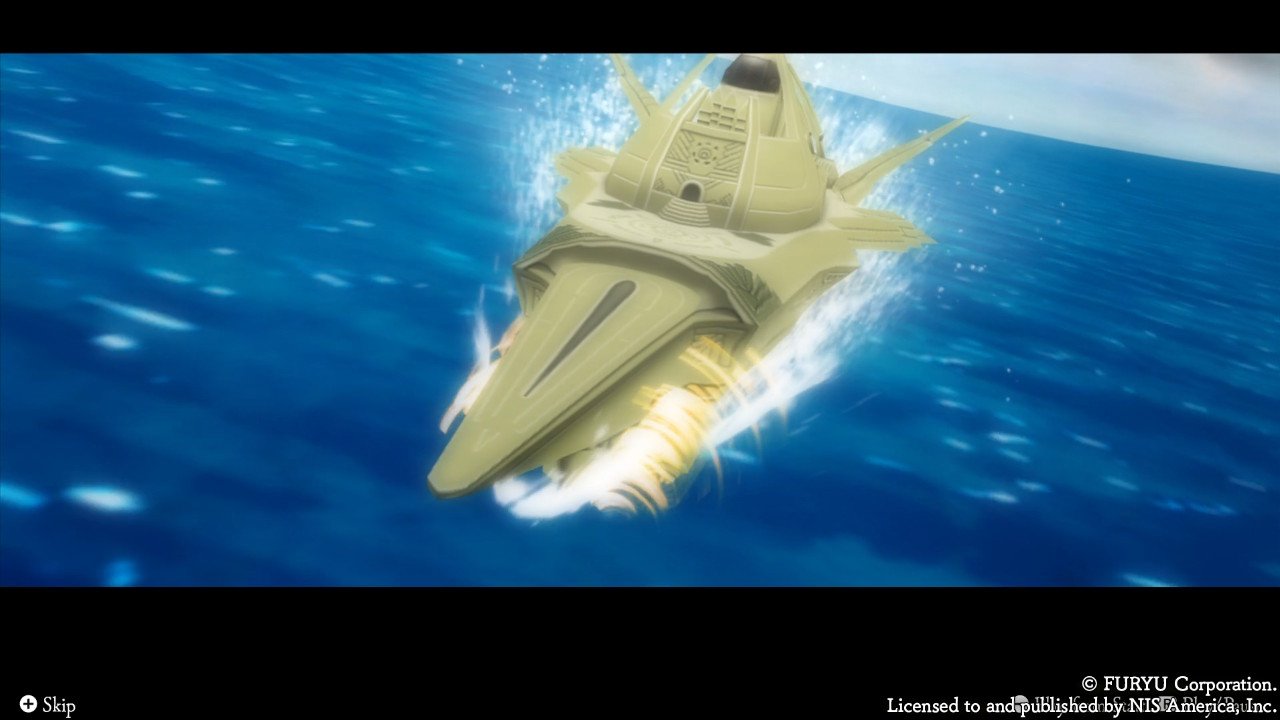 Daemons in this world are not servants of the devil, but animal and humanoid variants. Evil creatures known as water devils appear, but they’re simply monsters. Signomancy is magic used for healing, offensive attacks, or defense.

Fighting monsters and minions is clean and free of blood or graphic images. However, in one scene, a man sacrifices himself for his friends in the hands of their enemy. It’s early on, and nothing is shown, but it’s heavily implied.

I’ve seen d**n and h**l, used a lot. Fortunately, they are the only words used. Lots of Daemons and beastfolk refer to humans as apes.

Sexual content doesn’t exist, except for a slightly small reference to “using a safe word” during an early cut scene.

Drug use doesn’t happen, but occasionally you’ll wander through pubs. One main character celebrates after a huge fight by drinking alcohol for the first time, and he gets drunk.

Race is a big component in the world. Beastfolk, Daemons, and humans all fight each other and maintain prejudices notions that most believe and never question. But, Alliance Allive HD Remastered teaches that through discovery, they’ll find similarities in their fellow neighbors regardless of their race, skin, or influence. Players will take away an important truth that you’ll never know who, or what, people are until you look for yourself. 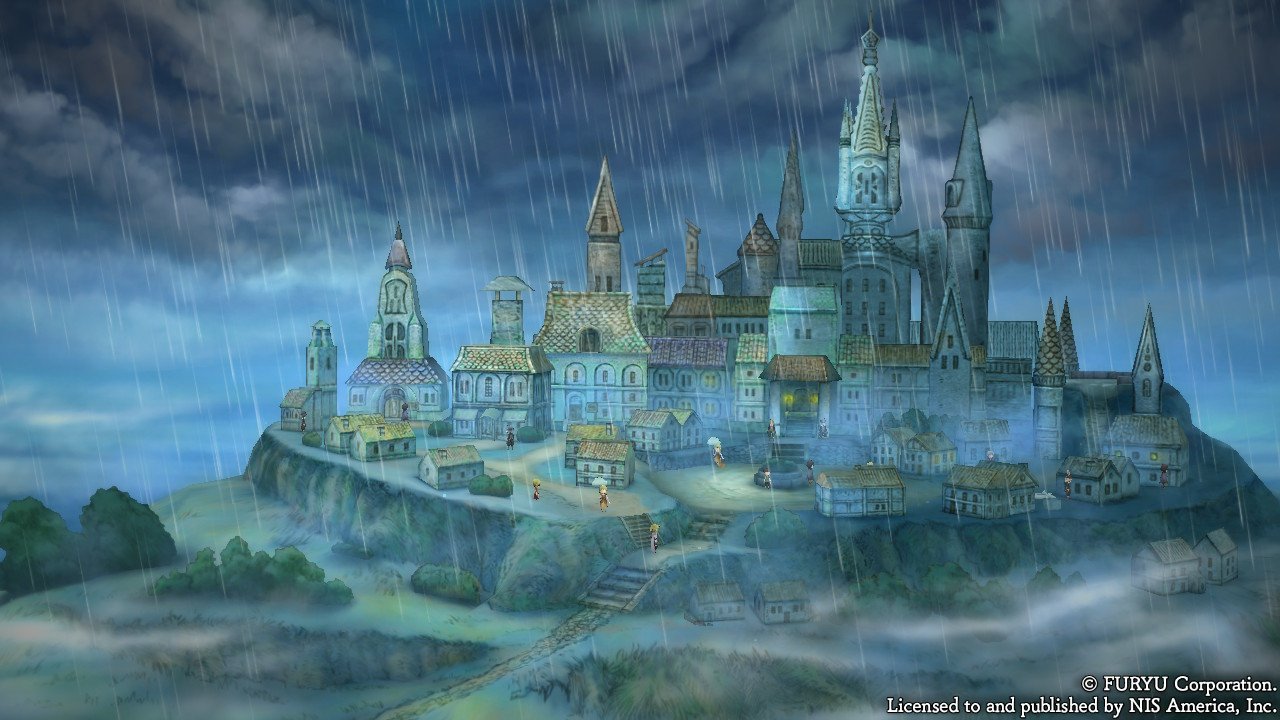 Everyone knows when you invest in an RPG, how much attention must be paid to details such as story, plot devices, stats, order of battle, and item management. Sorry, Kratos, no hacking through levels or slashing here. Role-playing is all about strategizing the best charactes and finding the optimal equipment, while sitting through fight after fight, enduring lots of grinding to increase your numbers.

To me, a few phases occur, one right after the other, that players go through in role-playing games.

And I’m here to say: Alliance Alive is no different. 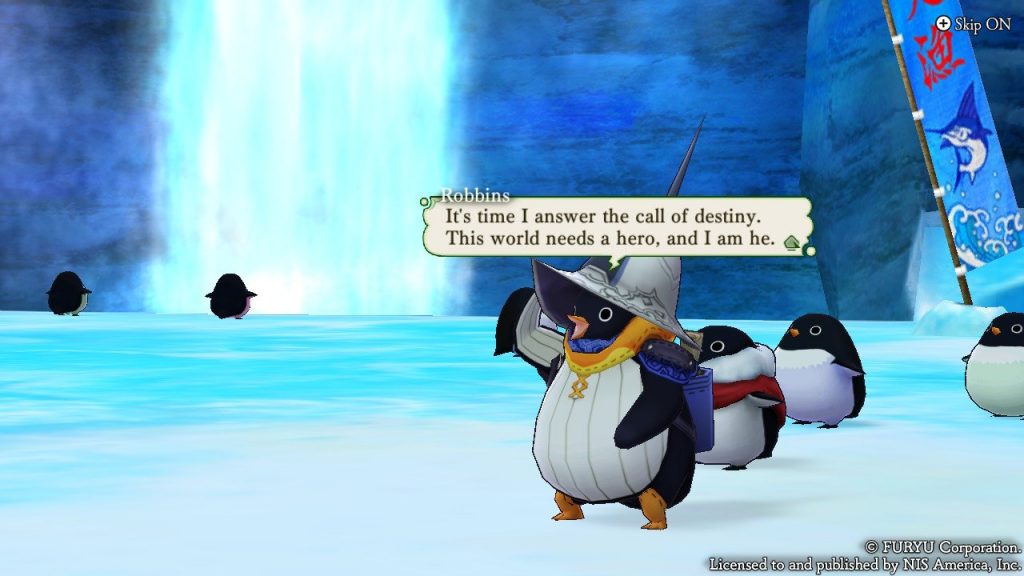 But a formula done right equals huge success. From the start of Alliance Alive HD Remastered, I was hooked. Nine characters intertwining into a narrative involving a dark current separating the world, and total conquest over humans? Alright, I’m listening. No princess in a tower, or lonely child discovering a magical new world, this is a new approach I can get behind.

The opening already set the precedent that the world is separated. Upon starting, I imagined nine characters from each of the four corners finding their way together, joining forces and setting things right. My estimate turned out… half right.

Here are some peronal negative opinions. It doesn’t feel like a total world alliance. All nine characters come from only a couple corners of the world. Most of them know each other, but the other locations are left for the second half of the tale. So instead of nine world representatives banding together, it’s a small group of misfits.

That’s a personal issue to me, so I don’t hold it against Alliance Alive HD Remastered. Another problem concerns a couple of odd things about characters. Honestly, I wrestled with some of the main characters. The humans’ and the one Beastperson’s reason for beefing stems from a dying man’s wishes, which I suppose isn’t bad, but there’s no time to feel their struggles or pain. Goals feel established before the game begins, and I don’t know why I’m doing anything. What really confuses me are the eventual Daemons joining the party, being so blindly accepted. 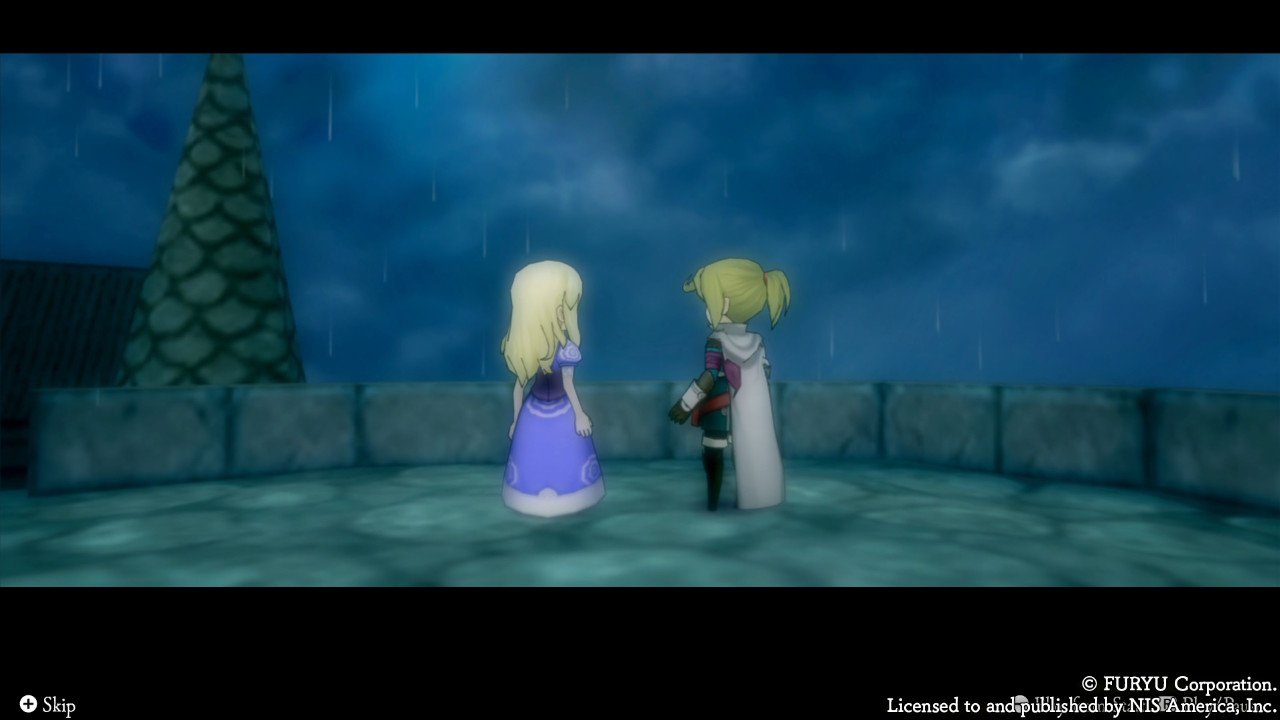 Two Daemons’ important agenda is simply “to know humans better.” All of these issues themselves aren’t deal-breaking, especially since closure is provided, and backstory, after the fact. That’s the pain of it all. Story-telling in this game, is a consistent spill of motivations and development after I wished to learn them.

That’s all I have to say about that. Now let me regale you more about this awesome game.

Holy cow, for a 3DS game, Alliance Alive is given a lot of love. From the orchestrated soundtrack, right down to the various terrain sounds underfoot, the polish, gameplay, and charm helped me ignore my complaints. Though each main character falls into a stereotype, they wear it well. Character types clash, and resonate, which make spending time with the characters enjoyable.

Fighting to obtain freedom and unity in Alliance Alive is a delightful undertaking. Pacing remains consistent throughout the game. No location or mission felt out of place or unnecessary. I will say, however, that a mechanical duck-shaped battle suit is an eccentric choice for a twelve year old genius to use crossing over lava. It’s a great satisfaction to eventually see an entire world unifying, both across the dark barrier and every race. A surreal feeling indeed, as the final challenge commenced. Our heroes did just as much a task of saving the world from hatred and bigotry as they did a figure with a god complex.

Race is the biggest theme in the story, but it isn’t overbearing, and the topic is shown instead of told. Humans constantly belittled the oppressive Daemons, as much as the Beastfolks and Daemons consider the humans lowly. Through the unlikely alliance and circumstances of the heroes, each of the nine began to change from within, which spread to everyone they encountered. The message Alliance Alive taught is overcoming differences, and casting prejudice aside for the greater good, outshines following laws established hundreds of years ago. 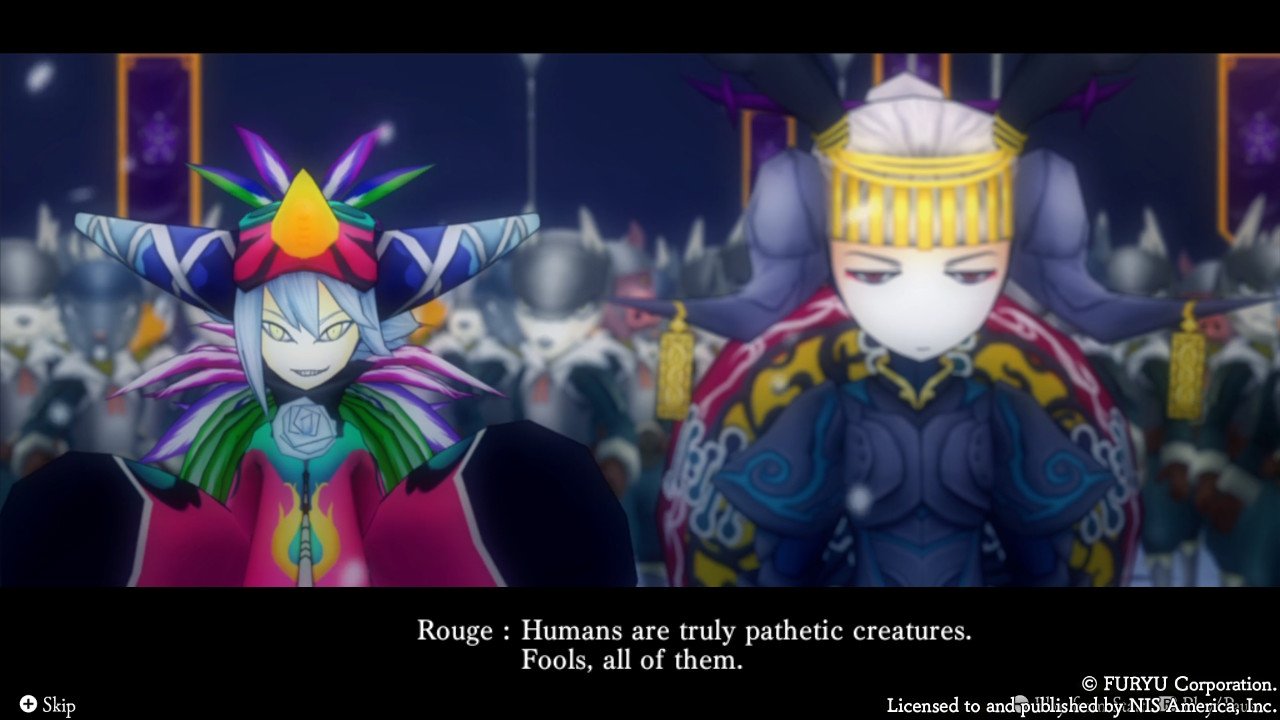 Alliance Alive’s gameplay is what separates itself from being just another RPG. In terms of skills, magic, weapons, using items, and fantasy plot devices, nothing is new. What I’m about to say is also not new, but it is something old given a new twist. Remember how the first few Final Fantasy games only leveled up what you used? Alliance Alive went back to that old school system and tweaked it. HP, SP, and weapon skill levels and increase randomly. Experience points or level ups, or numerous stats to juggle are a thing of the past. The game takes care of that, so the player only has to focus on ATT and DEF.

How nice does that sound?

All of the focus is placed on utilizing proper weapons. Some characters work well with certain weapons than others, but all types are available to any party member. Properly equipping the right weapon and positioning your attacker, supporter, and defender is key to making fights sweet and short. Consistently fighting makes sure the characters rise in stats and abilities. Not to worry, though, the game comes with a turbo mode to make grinding faster paced. Fighting every little enemy is a joy, which only makes the party, and the player experience with the game, that much better.

Alliance’s world has much to explore. Large, open landscapes lead to plenty of discovery. The sea holds many small islands, and older areas have a small amount of new content to find upon return. Running everywhere is sad when parts are not accessible. One part of the map is completely unreachable before finishing another. It isn’t a deal breaker, since the scripted story had a lot of elements to keep me entertained. 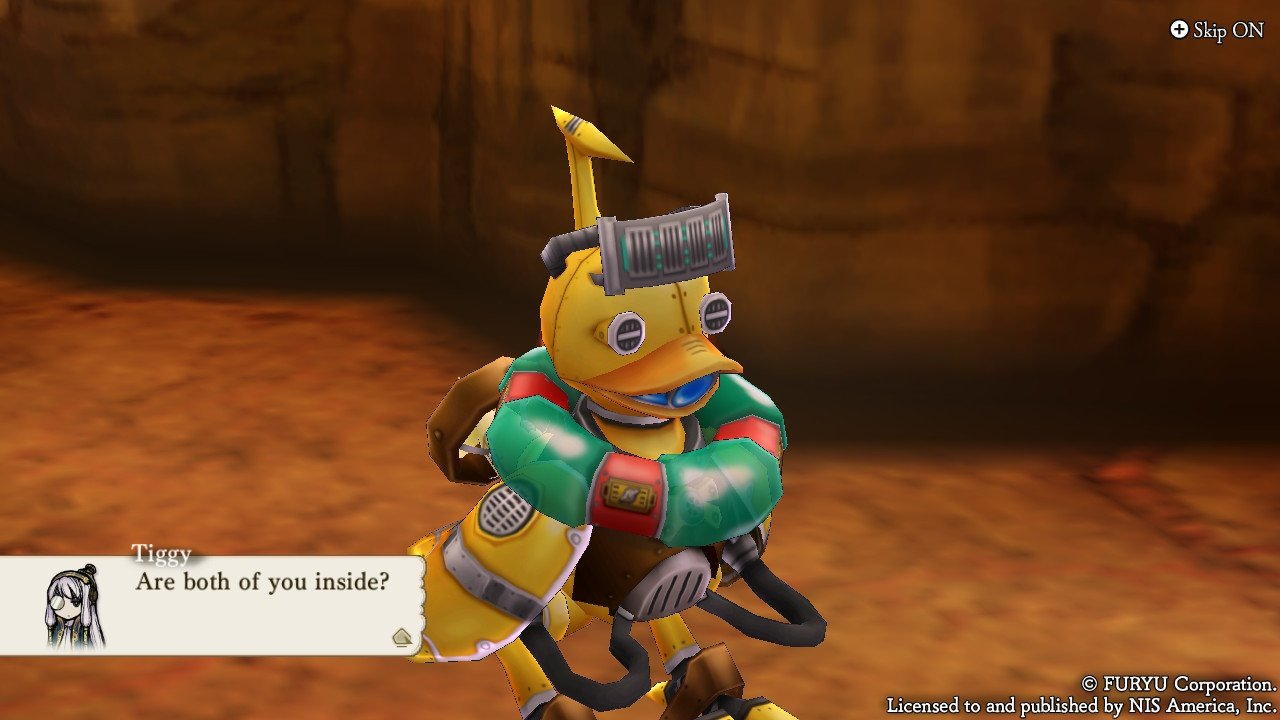 Sometimes your party splits up occasionally, as the story progresses, offering a few different challenges like stealth, strategy, and contracting. A particular moment involves taking part in a war. You choose how to split up your party, and decide to save people or stop advancements. Whathever you decide, the game’s outcome remains the same overall, but the better effort yields good rewards. Puzzle elements do not feel thrown in nor overbearing, such as rearranging boxes and traversing multiple ladders up a tower. Traveling is hardly an issue, since they provide multiple mechanics to get around, such as a glider, a boat, and a bunny. Snow bunny is the best way to get around.

One other element I haven’t touched on is still important, and rounds out this game. Guilds. At first glance these guilds seem unnecessary, and a weird addition to the world. Questions tend to come to mind such as:

But apart from that, midway through the game you make guild towers across the world, and recruit guild members. Suddenly, those random choices from the beginning of the adventure, to now, make sense. Your actions determine whether special people join your guild or not. These guilds offer your team special coverage while fighting or exploring, and give a place of rest.

I am overall satisfied continuing through the game and uncovering these mysteries piece by piece. As far as extra content goes, Furyu made enough to add double the amount of time it takes to normally run through the game. A new game+ mode unlocks as well. 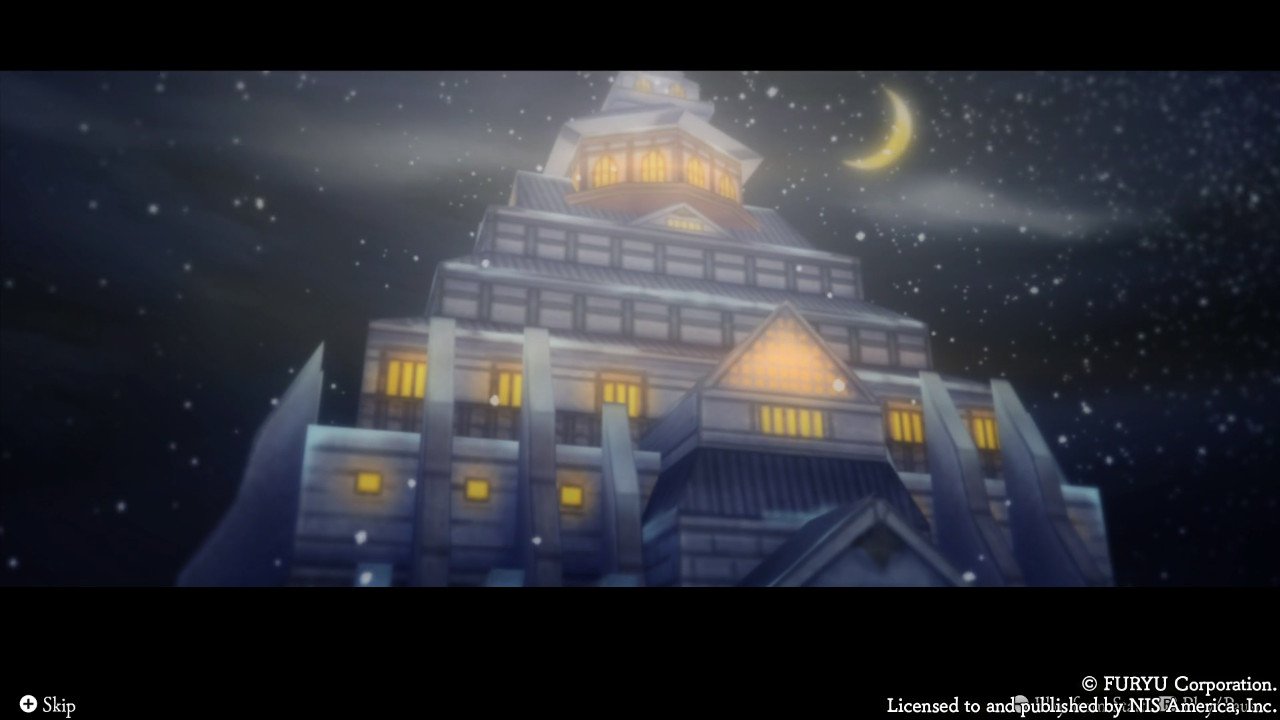 Alliance Alive is a great return to form, with a story wonderful enough to invest in. I can listen to the soundtrack all by itself. Charm oozes out of the locations, characters, humor, and heartfelt moments make this RPG stand out. If you didn’t pick this up for the 3DS, pick it up for the Switch, and do yourself a favor.

Alliance Allive HD Remastered is a cut above the average RPG, and worth investing some time into it.