I have no memory of this place

Amnesia: Rebirth is the most recent installment in the Amnesia franchise by Frictional Games. Rebirth forgoes the classic horror elements from the previous games, and instead focuses on new ways to scare the player. Whether it succeeds is another matter. 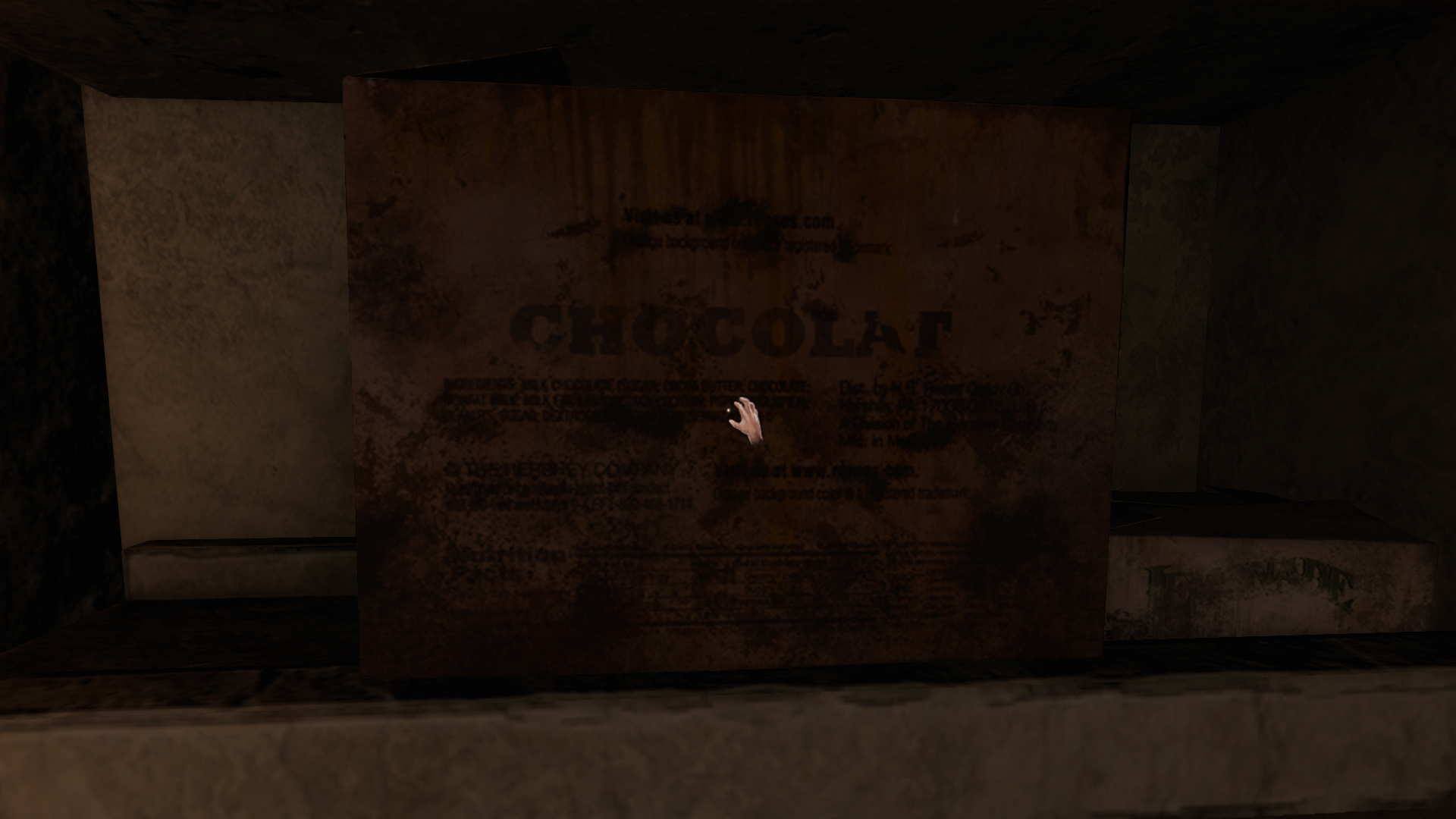 Violence: There is talk of slaughters and torture. In some areas, you find skeletons of soldiers who had died in various ways, including one who is pinned to a wall by blades through his torso. Another skeleton has blades through his eyes and mouth. A character is beaten to death. 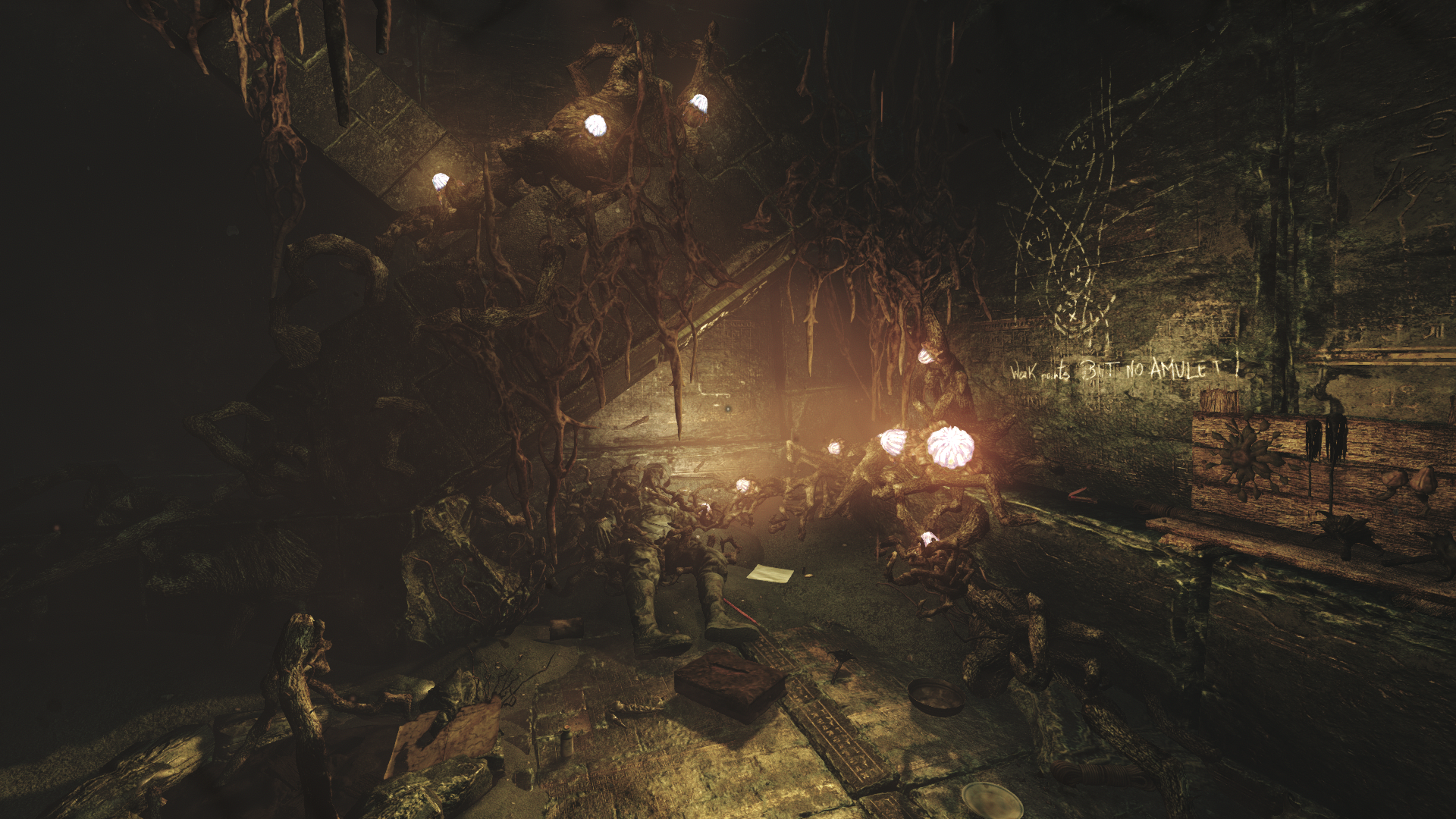 I’d hate to be that guy

Spiritual Content: There are pagan altars scattered throughout the game. In an alternate world, you find notes referencing a woman the writer worships—or at least, reveres—and at the end of the note, signs, “In her name.” A character says that suicide is a sin, even though the Lord abandoned them long ago. He signs a letter with the phrase “Sine Deo,” which translates to, “Without God.”

Sexual Content: At various points, you encounter a humanoid monster that is a fully detailed, nude male. From first-person perspective, a woman breastfeeds an infant.

Positive Themes: A character is willing to go to any length to protect her baby. She does everything in her power to ensure the child has a chance at life. 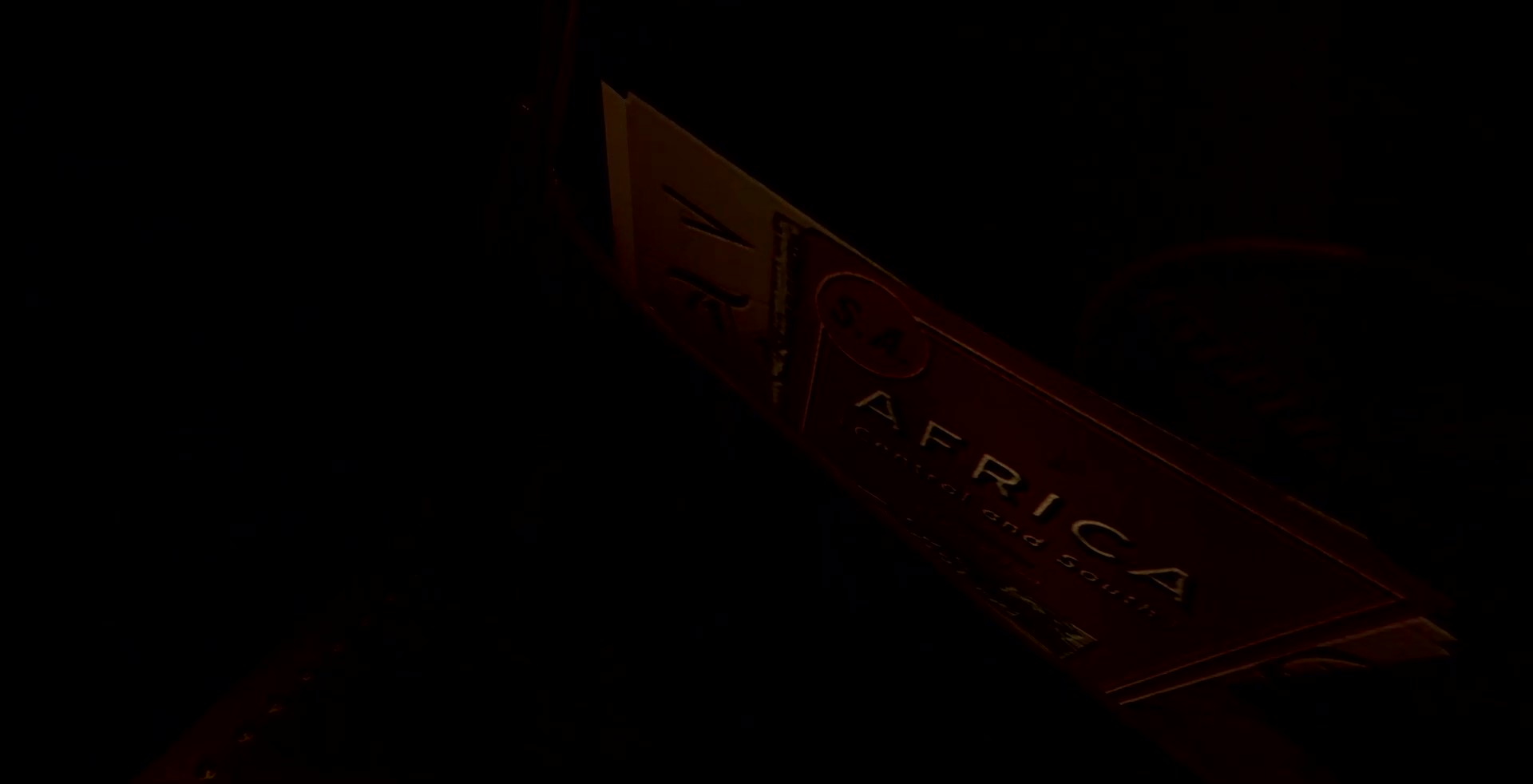 I hear the drums echoing

In Amnesia: Rebirth, you play as an archaeologist named Tasi Trianon. She and her husband Salim are part of a team going on an expedition in Africa. In a very Bioshock-esque intro, everything goes wrong when mysterious forces cause the plane to crash in an Algerian desert. Tasi awakens inside the plane, alone and with no memory of what had happened. She gradually regains her memories as she comes across certain areas where it appears she and her team have already been. 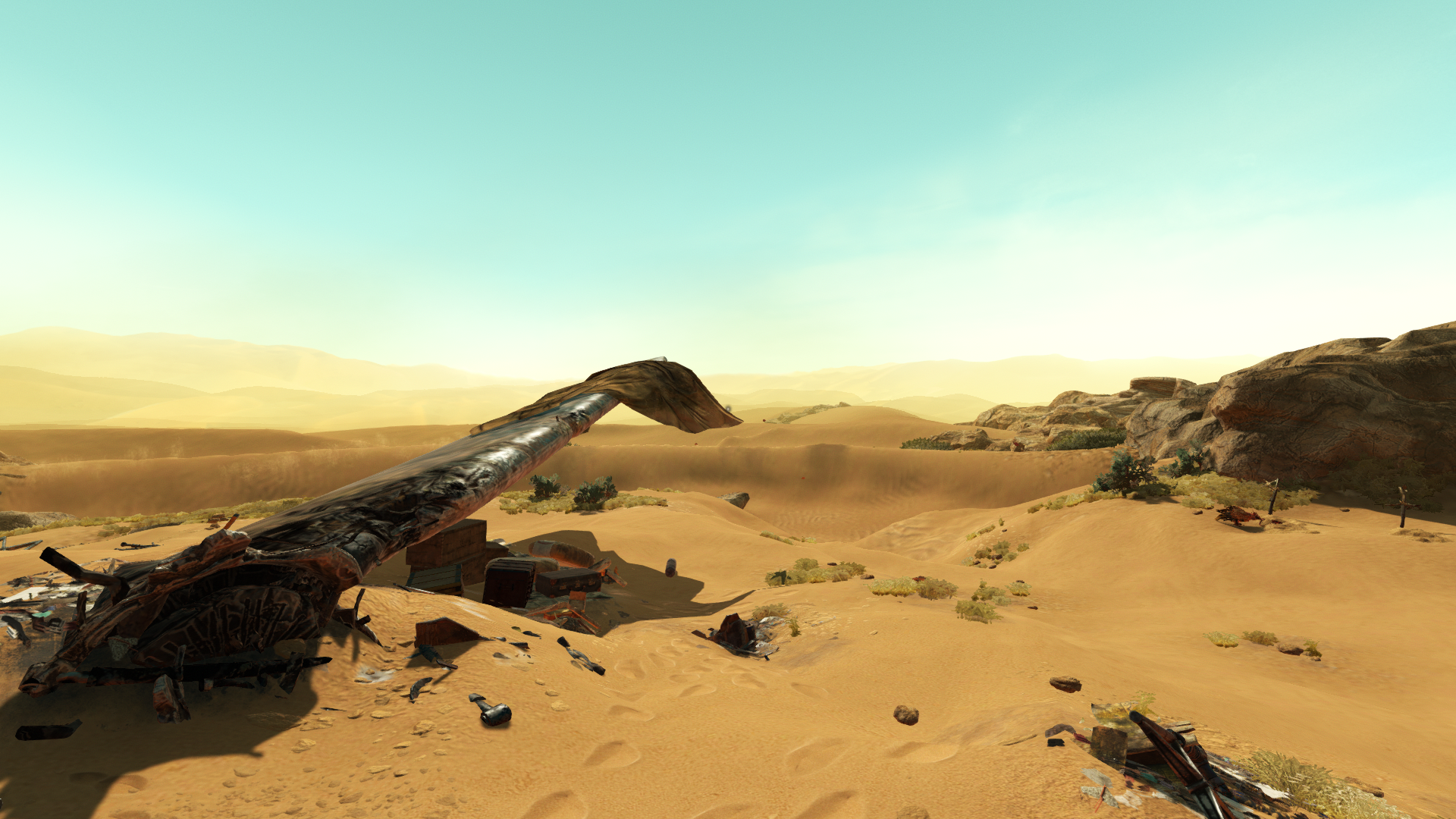 It’s not long before Tasi realizes something else is wrong. She feels some entity inside of her that reacts to fear. Left unchecked, it starts to take control of her. Lingering in darkness, as well as coming across strange sights, increases her fear level, and her vision starts to darken and her veins turn black. Stepping into light—or at least lighting match—and solving puzzles reduce her fear, and returns her to normal.

Every now and then, you come across a spot that acts as a portal to an alien world. These areas are easy to spot, as typically there will be floating rocks and distorted atmosphere. A special talisman that Tasi finds in her pocket acts as a catalyst to open the portal. 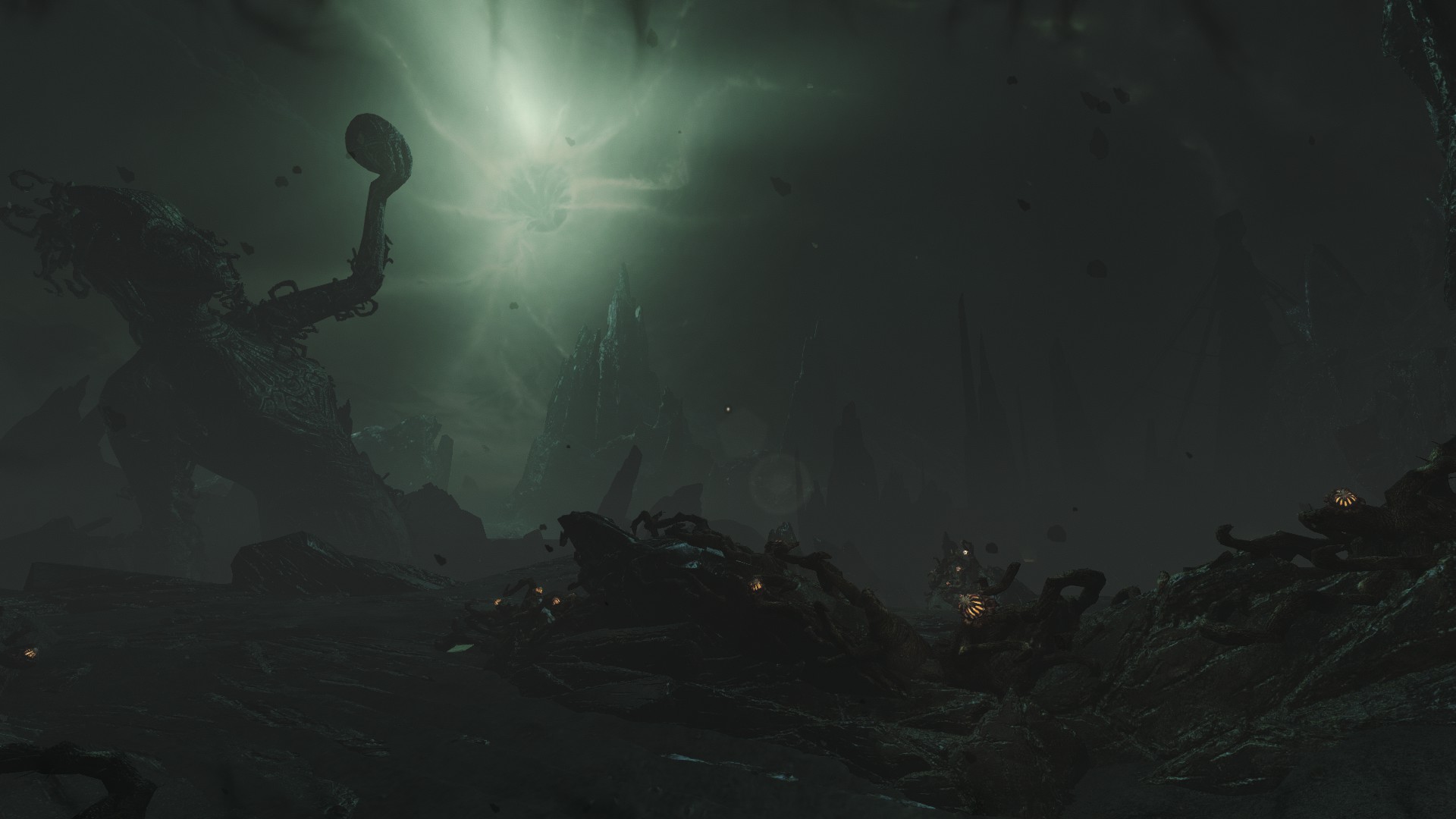 Not in Kansas anymore

This is, primarily, a puzzle game. Every area has some sort of problem to solve, sometimes small and subtle, other times big and complex. I found some puzzles fun, primarily near the beginning, while others were tedious. One such example required a lot of backtracking and moving large objects.

Exploration is a major element of the gameplay. Consequently, you are often rewarded for looking in obscure places. You can find lantern oil and matches in small boxes and cupboards, both of which are vital for progressing to the next section.

Some things can be predictable. For example, in one area early on, all too often I was able to successfully predict when a door would be locked. Typically, if it had something I needed, or at least was an area I hadn’t yet explored, it would be locked or blocked from the other side. It’s not a big deal at first, but it grows old quickly. 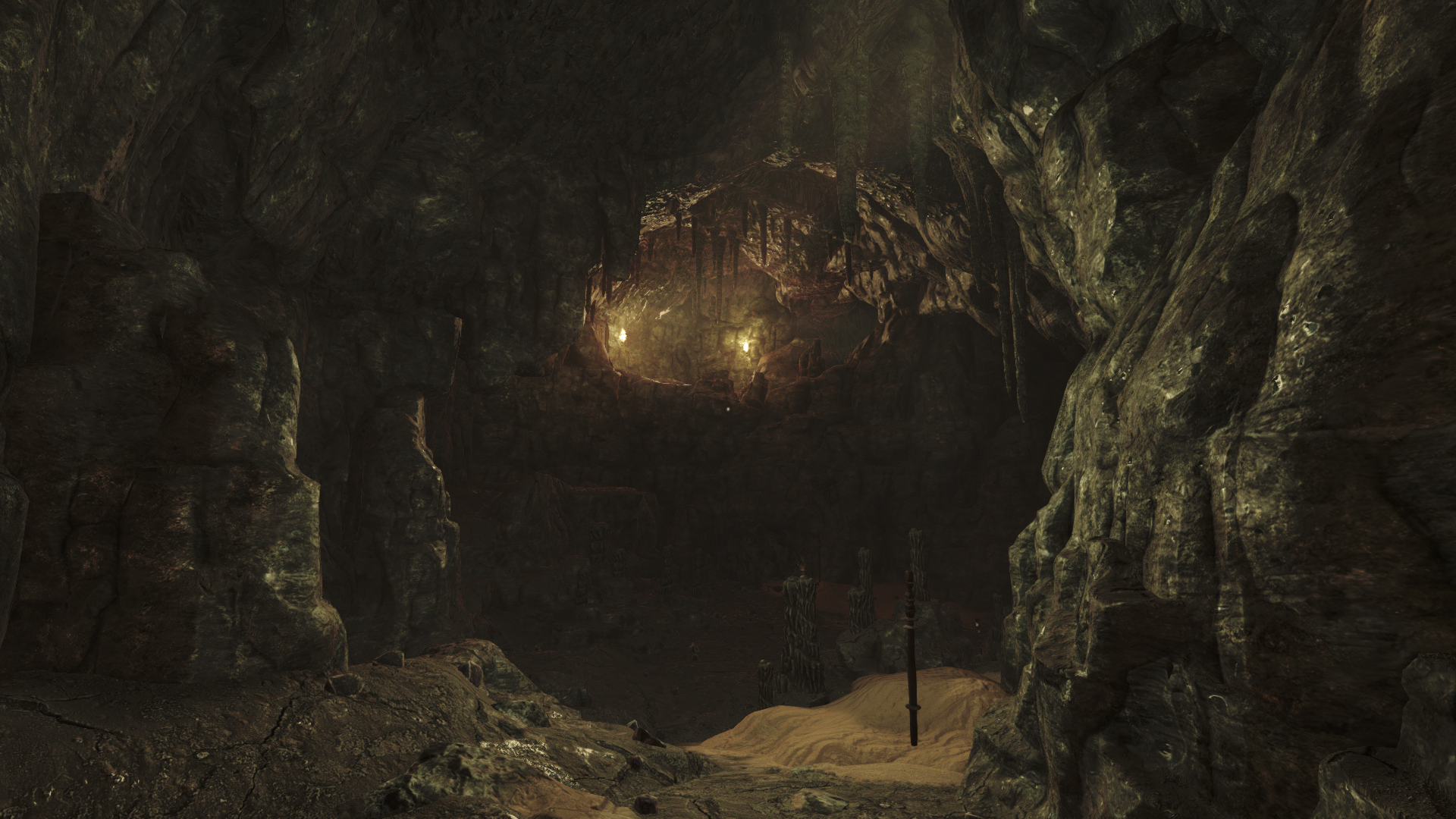 One thing I greatly appreciated was the “dying” gameplay mechanic. Like many other horror games, you have no way to defend yourself except to run. In this case, when you are killed by the ghoul that often appears, the game moves you forward so that you don’t have to repeat the encounter, rather than forcing you to try over and over until you make it. There are times it’s nearly impossible to get away, so not having to worry about it helps with staying calm and immersed in the game. 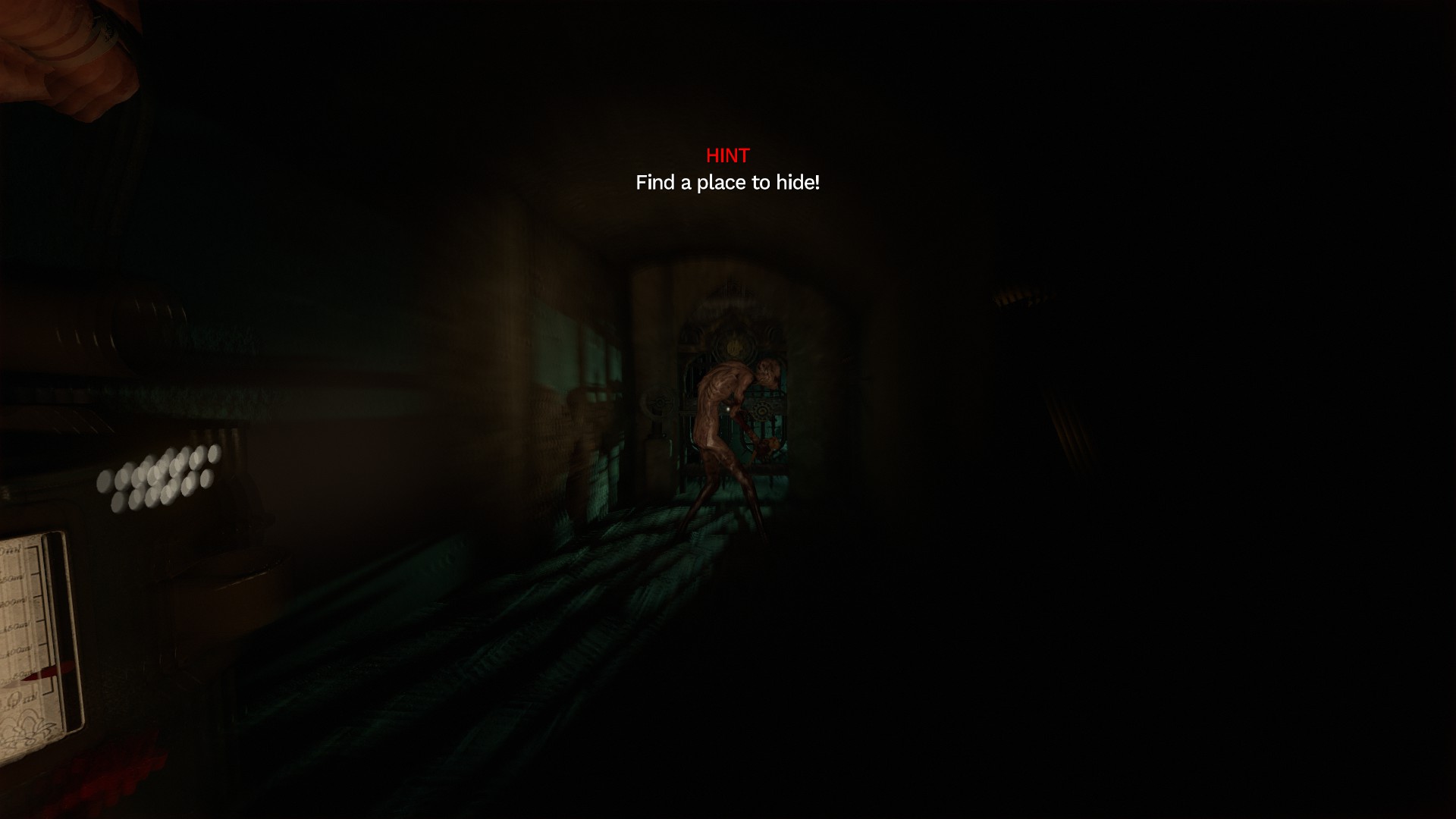 The game lets you know to run AWAY from the demon

Amnesia: Rebirth strays from the typical horror elements, and instead lets the setting do most of the work. Some of those classic elements are still there, such as a monster chasing you through dark buildings and caves, areas with gore and other horrific sights, and so on. However, the emphasis is primarily on the situation: being stranded alone in a desert, with otherworldly things happening as well. It feels to me more like a psychological thriller than horror. 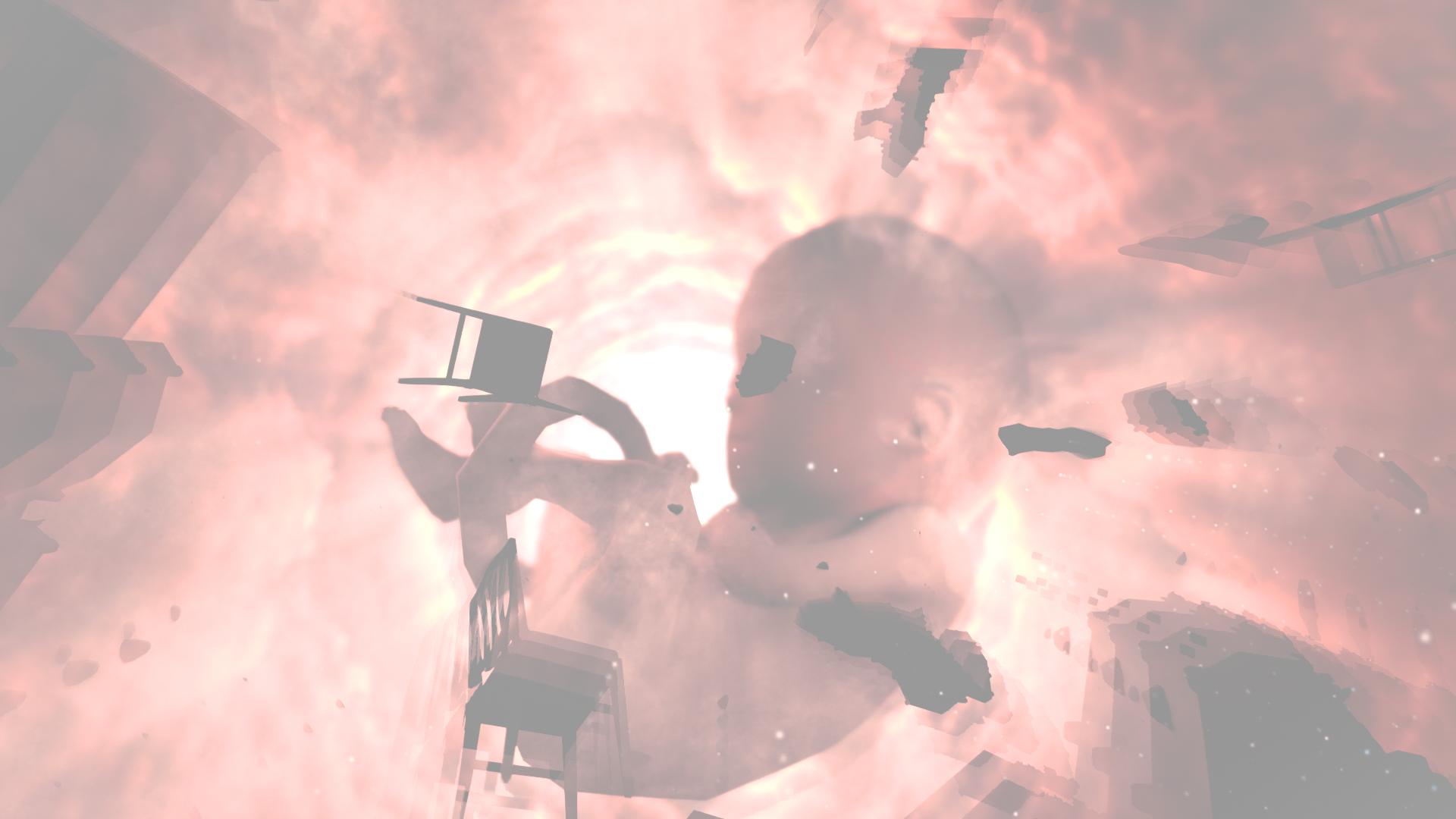 This is a totally normal hallucination

This deviation is where I’m most conflicted. My experience with Amnesia: The Dark Descent was a lot of fun. It is a very good horror game, and I hoped Rebirth would be equally so. Unfortunately, the setting didn’t really do much for me, and I found it to be more of a creepy-themed puzzle game than a riveting horror game. I never felt on edge, and I spent most of the time waiting for it to be scary. That said, I must give credit where it’s due: there were one or two instances when a jump scare actually got me, which is uncommon.

Despite my misgivings, I applaud Frictional Games for branching out and taking the risk. I respect the effort to make a different kind of horror game than what they are known for doing. Although I didn’t find it to be scary, that may not be the case for all players. 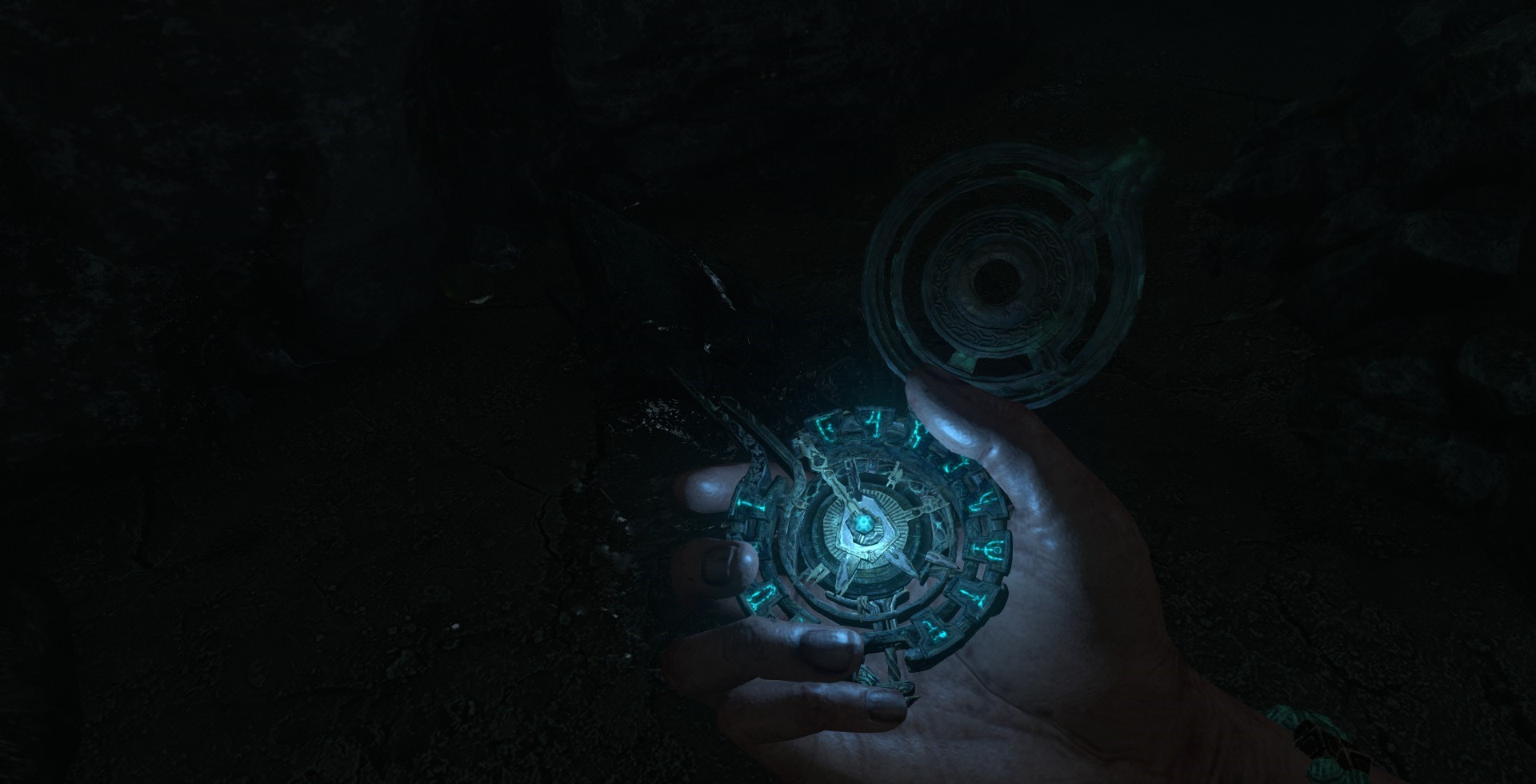 Overall, Amnesia: Rebirth is a decent puzzle game. The psychological elements are well done, and almost make up for tedious puzzles. In the end, the game as a whole did not click with me, and I find myself wishing to go back to the The Dark Descent.

Though Amnesia: Rebirth doesn't reach the heights of Dark Descent, it is a solid pyschological thriller.