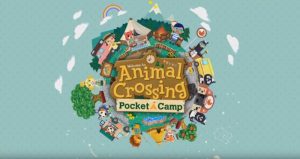 Animal Crossing: Pocket Tent brings to life a mobile edition of the greatly loved simulation, Animal Crossing, from Nintendo DS. It is still cute, charming, and full of animals, but how does this precious game hold up against the often merciless world of mobile games?

There’s a huge emphasis in Pocket Tent to make friends and be a cheerful giver. Also, the quiet and simple life of collecting fruits, bugs, and fishing is very quaint and peaceful.

“Mobile game”: these are two words that strike fear into the heart of a gamer. Together, they bring to mind relentless in-app purchases, often silly gameplay, and the knowledge that most mobile games are intentionally made to be addictive. While several newer mobile games are trying to break apart this stereotype, the platform still has quite the reputation.

Animal Crossing: these two words fill me with warmth, joy, and cherished memories. I remember the cute characters, the lovable game world, and the hours I poured into it. While I wasn’t as dedicated to the game as other Nintendo geeks I know, Animal Crossing is a beloved game for good reason. There’s little not to like if you’re looking for a nice, peaceful game.

In Animal Crossing: Pocket Tent these two vastly different terms with very different reputations meet. Did the viciousness of the 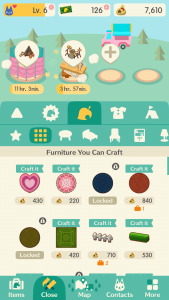 In Pocket Tent, you are a camp manager that makes animal friends, collects goods, and builds a campsite. You travel around to various campgrounds to collect fruits, bugs, and fish. While traveling, you’ll likely pop into some animal characters who are just waiting to meet you. You then fulfill some of their requests, build those friendship hearts, and invite them to your campsite. The whole goal of Pocket Tent is to have as many animal friends in and out of your campsite as possible. You will have to craft various items to get certain friends to come visit you as well. Your camp can take on four different vibes: sporty, natural, cool, or cute. You’ll likely be making friends of all varieties so you may have a mix of all of them at your campground as well.

One of the most enjoyable things about Pocket Tent is how flexible it is. You can play quickly: collecting items as soon as they appear, fulfilling all of your daily quests, and leveling up like no tomorrow. Or, you can play slowly and just pop in and play something cute for a bit. There are benefits to logging in more often like money and resources, but there’s little pressure to do so. Many mobile games I’ve played are eager to take advantage of you, get you addicted, and pressure you into playing. However, Pocket Tent doesn’t really do any of those. It rewards you for playing and warmly invites you to come back. It relaxing, sweet, and genuinely fun for a quick mental break. 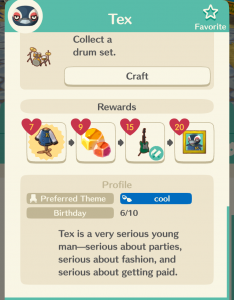 The mobile gimmick of Pocket Tent is that you have to wait for things to regenerate or construct. The waiting can be sped up by using leaf tickets. Leaf tickets, like you’d expect, you have to purchase if you want to use them and don’t have any. However, I’ve been playing frequently for a while and I have yet to run out of leaf tickets. Again, maybe I’m patient, but Pocket Tent isn’t in any rush either. The characters will move campsites, new quests will appear, and even the sun will move in-game as time goes on. But, again, there’s no rush. No pressure. You just use your resources, collect items, and talk to some animal friends.

There is an online aspect to this game. As I learned the hard way, you do need constant internet to play the game at all. You can also meet and make connections with your real  life friends while in the game. You’ll also meet random players while going to the campsites. You can sell items to other players, buy items from them, and visit their campsites for ideas. The way you have to use long codes to find your friends is a little clunky, but it’s still a nice feature.

The interface also translates very well. The Nintendo DS was largely played with a touchscreen and buttons, so Animal Crossing quite easily changed over. The buttons are large enough and the user interface is very user-friendly. The storage capacity that Pocket Tent occupies is substantial, and it will drain your battery. However, there is a power-saving mode that has helped a lot.