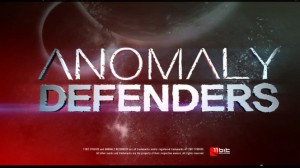 Let me start by saying that I usually tire of tower defense games very quickly. They get repetitive and old. But I never had a problem with Anomaly Defenders. The game is a surprisingly fun installment in the genre, throwing in twists and turns just when you think you’re settling into a groove, and forcing the players to actively defend themselves.

The “plot” of the game is pretty bare-bones. In the final game of the Anomaly saga, you play as The Hive, an alien race (implied to be the progenitor of humanity) on the defensive after a failed invasion of Earth.  Now the humans are on the hunt, and it’s up to you to organize the defense of evacuation launchpads. That’s all you get, and that’s all you really need. It lets you know what it is that you’re doing, but I wouldn’t get the game for an intricate plot. 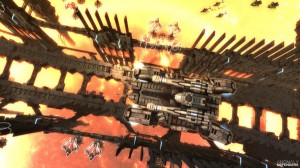 This is where you get your bang for your buck. Anomaly Defenders is very good at being a tower defense game, so if you already like those, you’ll be into this. If you aren’t an avid tower defense player, Anomaly Defenders is a great way to get started. The game throws in plenty of factors that require the player to, not only set up a great defense, but also change tactics and address issues on the fly. There are eight towers to use for your cause, each with a tree of available upgrades, as well as an arsenal of upgrade-able abilities that can be used on each tower, depending on the situation. There are 24 levels and three modes of difficulty. What difficulty you choose to play affects how many points you get to upgrade your towers. Each stage can last a while, and they get longer as you progress, so you’ll most definitely get some hours out of the game. 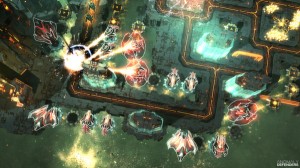 The game looks great. There’s a really good level of detail in the graphics, especially for an indie Steam game. Also, the lasers look very pretty. You won’t get tired at looking at the different colors as your towers destroy human units. The level design is pretty and the changes progress subtly, but noticeably, and you make your way through the game. The music can get a little old after a while, but is suitable and appropriate for your epic stand against the human invaders. 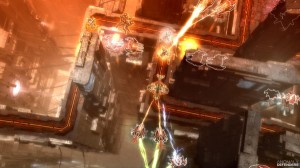 If you’re looking for a fun, relatively cheap game to get your indie on and enjoy some tower defense, Anomaly Defenders is definitely the way to go.