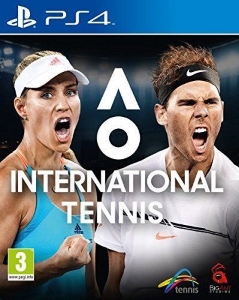 Annual sports titles have been a mainstay in the world of gaming from time immemorial. Madden got the lock on that model back in the days of the SNES and Genesis, and it’s created a business practice that companies with skittish shareholders still practice today. Football, baseball, basketball, and even golf have become annual releases. Tennis has somehow managed to avoid annualization, however, making the release of a licensed game worth note. Is AO International Tennis an ace or will it make you McEnroe your controller? 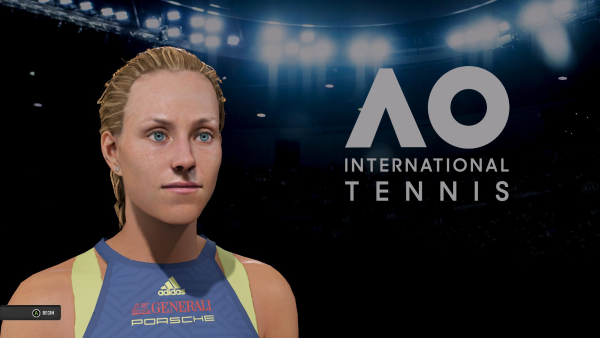 Creativity. From players to logos to courts, you can completely customize everything to look like you want. 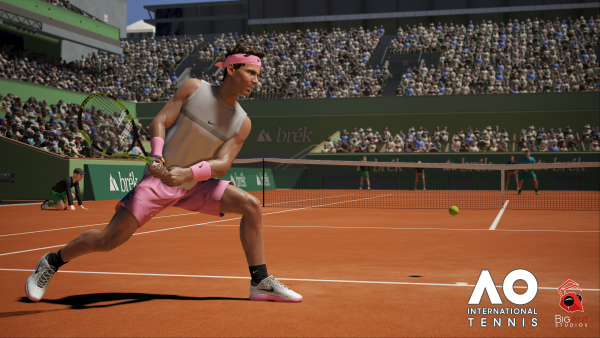 Having famous athletes on the cover of your game lends it credibility. With the faces of recognized tennis pros Rafael Nadal and Angelique Kerber (as well as the Australian Open’s branding), there’s clearly some marketing muscle behind AO International Tennis. Unfortunately, what has actually been delivered is a serviceable tennis game with some glaring flaws.

First, let’s discuss AO‘s gameplay. The game features a variety of modes you can hit the court with. From a casual pickup match to a full-blown career to diving straight into the Australian Open, there’s a mode of play for everyone here. If you’re in it for the long haul, you can take a pre-existing pro or create your own to start taking on the world with, competing in local tournaments and lining out your training schedule. If you’re not patient enough to see the road from start to finish, you can dive on into the Australian Open and play for one of the most prestigious trophies in the sport. 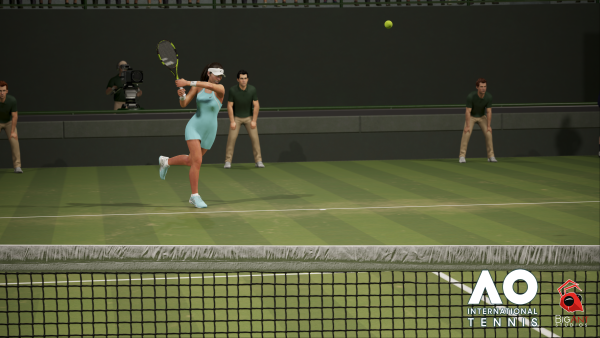 AO offers online play but you’ll probably want to avoid it. In my time with the game, it was not worth fighting to play. Volleys were often laggy (which is an issue when your opponent can serve 150 km/hr), with the ball appearing feet away on a return within a second of you hitting your last shot. Dropped matches also happened too frequently. The online’s poor performance is a tough hit to take since much of sports games’ appeal are in their online community.

AO offers players an impressive variety of ways to customize their experience. You can create your own athletes, tweaking everything from their skills and serve style to their looks. If you don’t see a famous pro in the game, someone else has likely already made them and the game offers you a pretty seamless way to jump in and see what others have put up for grabs. Beyond players, you can also create, share, and download custom logos (go ahead, download that ESPN or MasterCard logo) and courts. Whether you want a clay, grass, or hard surface, it’s all there for you to customize and rearrange. They’ve clearly put some effort into the tools to let fans create and share their own content. 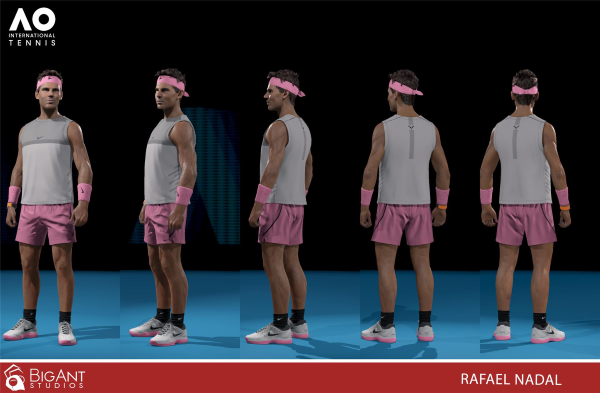 As you’d expect with modern tennis games, there’s a variety of shots to play around with. You can hit flat shots, topspin shots, slice shots, lob shots, and smash shots, with some extra nasty options thrown in for a fun. You can use the face buttons to time shots but AO also gives players the option of using the right stick a la EA Sports’ own golf games. When things are humming along, playing a match feels great. Shot placement feels intuitive once you’ve learned the system. They even have mechanics in place to let you challenge the call of a line judge if you think a shot was close. Unfortunately, the basic gameplay of AO International Tennis feels like it has some critical flaws.

First, let’s discuss what seems to be the less egregious issue I noticed. There appears to be some sort of rubber band AI that can creep itself up on occasion. I’ve had matches where I won the first set and was up by a couple games in the second set. As if handed down by the Lord of the Court, my opponent would get 2-3 dead net returns in a row, clenching a game or pulling him ahead in what seemed like a situation with astronomical improbability. I have to assume there’s shyster shenanigans at play in such a situation. 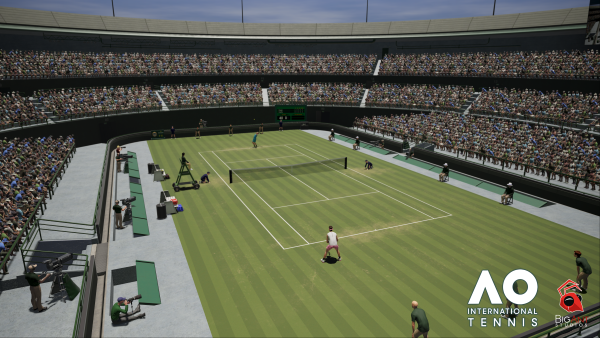 Even more egregious than the dead net shots are general maneuvering and gameplay. More times than I could count, I would be engaged in a solid volley, running back and forth, to inexplicably have my player stop dead in his tracks and cease reacting to controller input resulting, of course, in the loss of the point. It happened often enough than I have to assume there are some critical programming issues wrong with the game, which is a real shame since it feels great when everything is behaving.

Shifting away from the gameplay, let’s discuss the audiovisual aspects of AO International Tennis a bit. I love this game’s soundtrack. There are some really catchy tunes in the menus and the customization tools they provide are easy to pick up and utilize. Character models and courts look pretty good though, as previously mentioned, the animation can feel jolted when your characters inexplicably grind to a halt. 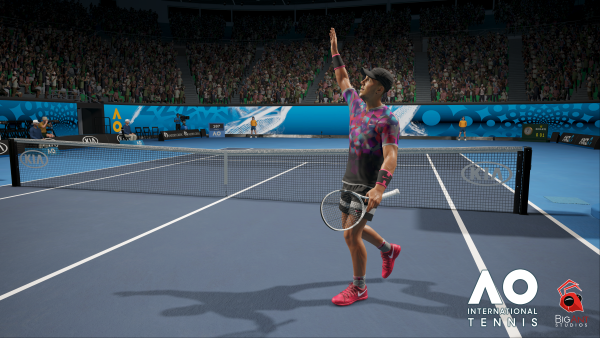 At the end of the day, I have to recommend tennis fans sit tight. AO International Tennis feels like it has some flaws that make it an affair ranging from baffling to infuriating to play right now. I believe a bit of bug squashing could resolve many of my complaints. The game has a lot of potential and the customization tools offer an impressive bit of freedom. At launch, however, it feels like the game double faulted on its serve.