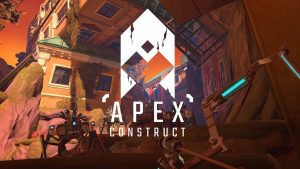 Apex Construct is a first-person action title and the debut project from developer Fast Travel Games. It is a sci-fi archery shooter set in a uniquely realized futuristic universe. Most importantly, Apex Construct was built from the ground up as an exclusively virtual reality experience and the production values really shine through the gameplay and aesthetics. 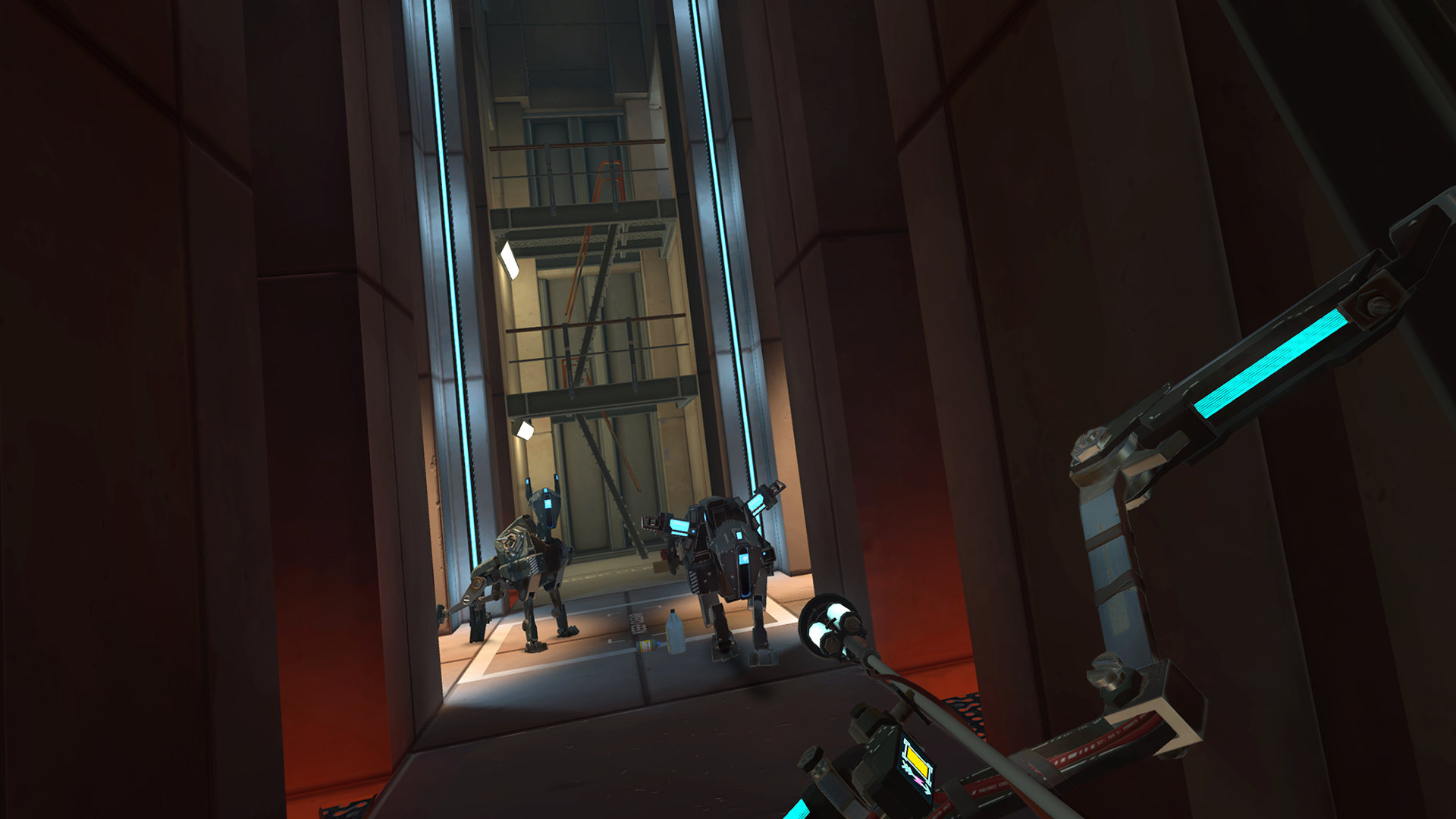 Violence: You are caught in the middle of a war between two AI: Fathr and Mothr; Fathr is trying to protect you while Mothr is trying to kill you with a variety of robotic humanoids and beasts. You will have to shoot your bow to destroy these robotic machines. The violence is not too graphic in nature due to all your enemies being robots programmed with AI. Mothr has a sinister vibe to her, similar to GLADOS in Portal, and her hatred for you is obvious.

When you start Apex, you are informed that you are the last human in existence and you must help an AI known only as Fathr to save what remains of the world from Mothr. This may seem like another dystopian future, but this is a post-apocalypse like no other. Instead of rusted, burnt buildings and twisted steel, the world is in pristine condition.

While on your quest, you will be aided by a high-tech bow-and-arrow, with unlimited ammo and an energy shield to help you block incoming attacks. As you progress, you can upgrade your tools and eventually unlock electric and explosive arrows as well. There is a lot of depth to the combat with multiple enemy types requiring switching between different weapon types on the fly. 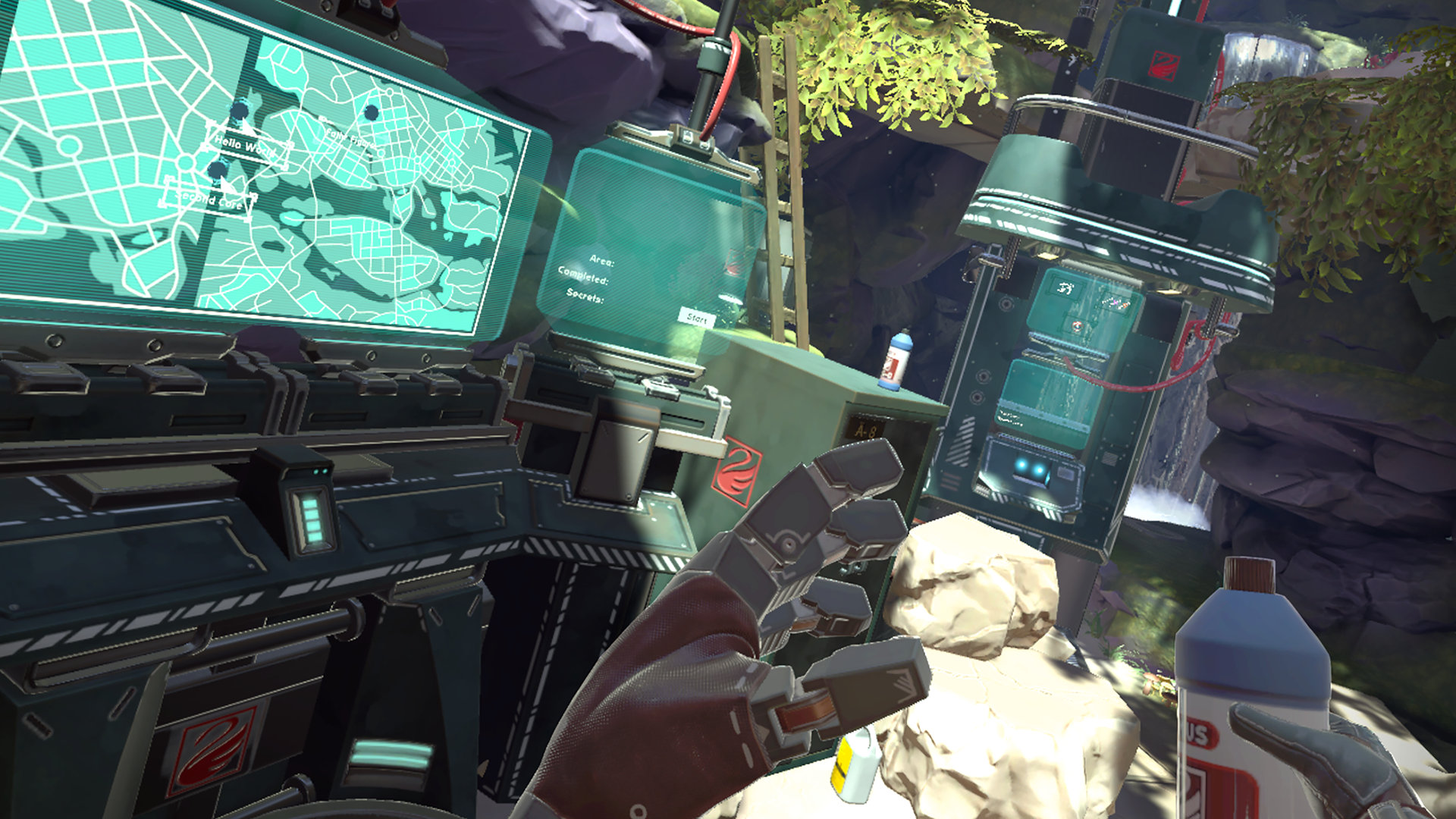 What makes being in VR great is that you an also dodge and move away from attacks and enemy projectiles. Once this is realized, Apex goes from beautiful and mysterious to dynamic and fun. I found myself firing off an electric arrow to take out a shield, drop into a crouch while switching arrows and popping out to fire a few finishing arrows while the bot was stunned.

The control scheme works similarly to Skyrim VR, but I found it to be much more intuitive and responsive. It is so precise, in fact, that I had trouble adjusting because the limitations of Skyrim VR allow for much more hand-holding in regards to aiming. In Apex, you get to be a better archer by practicing. There are no crosshairs and gravity affects your arrow trajectory. I appreciated how the aiming felt natural, realistic, and precise. There is a real feeling of accomplishment when you perfectly hit a target due to your personal skill and not because the AI aiming scheme helped your arrow find its target. 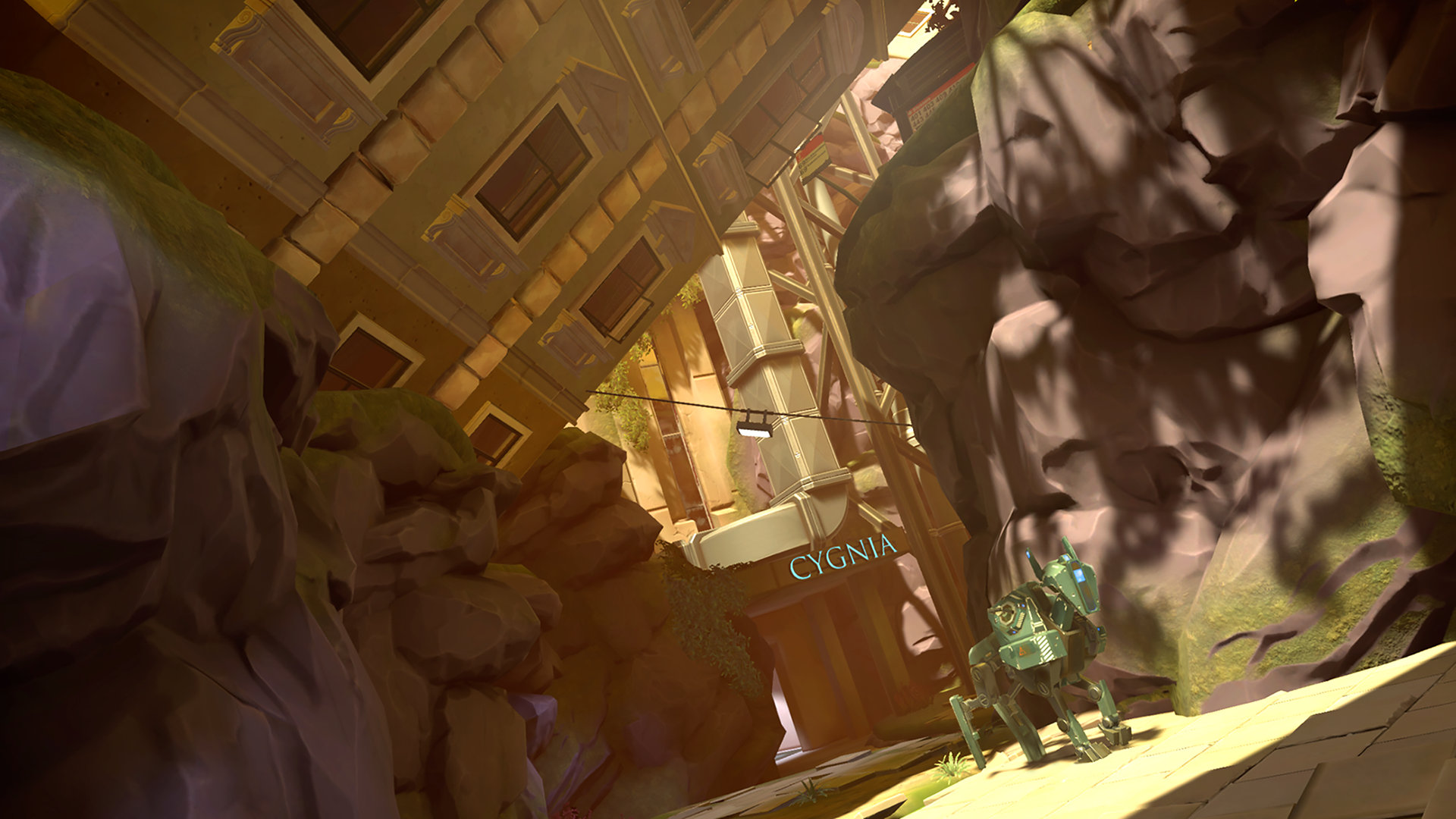 Gameplay is reminiscent of the best of the Metroidvania genre. You have a safe house in which Fathr assigns you missions and as you progress, you unlock tools and security clearances which let you access previously unavailable sections of the levels. While one play through may take you at the least five hours, there are many trophies, messages, hints, and other surprises hidden that you will probably best experience after ten hours.

Apex Construct is immersive and the combat is engrossing, but the real praise for the game is in the story. You are caught in the battle between two rogue AI’s, Fathr and Mothr. Fathr seems to be helping and protecting you and humanity, but clearly seems to be hiding something. Mothr threatens you, much like other sinister AI from landmark titles like GLADOS and SHODAN, and openly wants to destroy all remnants of humanity, but is completely honest in her unbridled hatred. 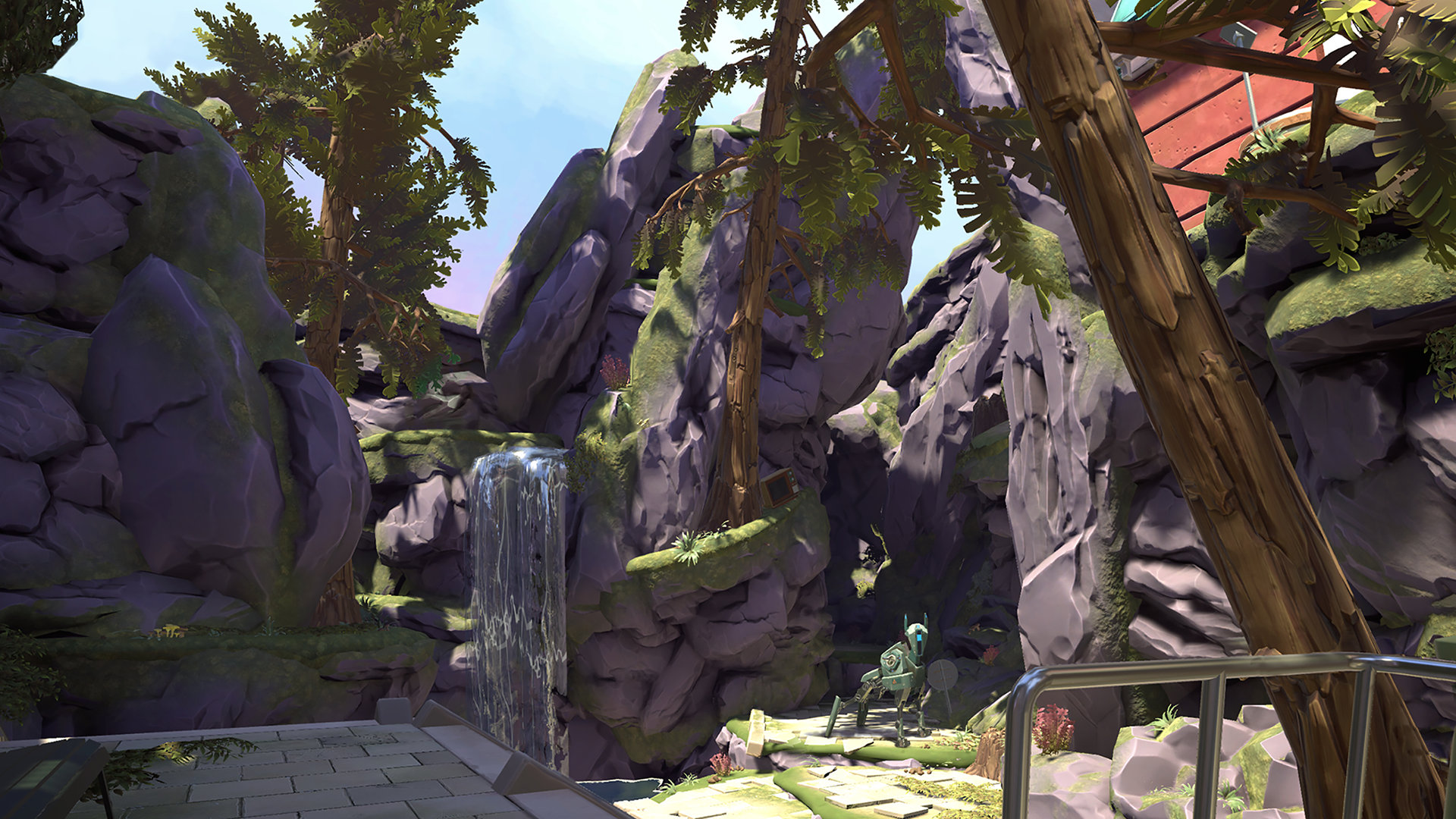 The story is successful in causing the player to ask questions out of curious intrigue. Who can you trust? What really happened to the world? Is there any way to fix the damage? This may be the first VR game I have played that made me care enough to ask questions and compelling enough to keep me engaged until the ending. While games like The Persistence kept my PS VR hooked to my head for the gameplay, Apex kept me glued to the visor for its outstanding story, with good gameplay to boot. 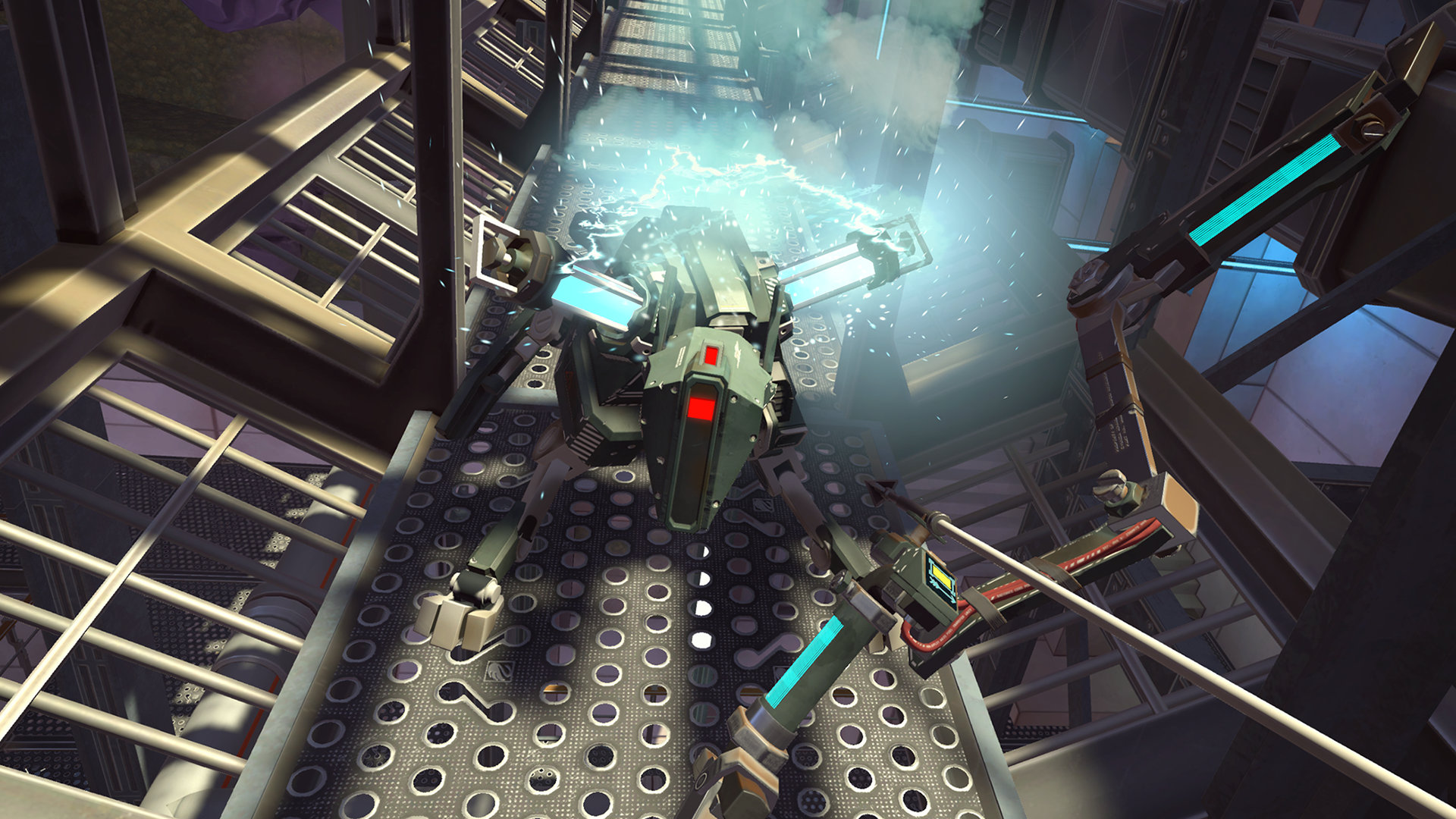 Overall, Apex Construct provides a well-realized world with deep combat, interesting puzzles, and many hidden secrets and stories. This was a project lovingly created by a development team that clearly cared for the platform and the VR experience overall. If you are needing a break from all the mindless, wave-based VR shooters on the market, look no further than the post-shift world of Apex Construct.