Waking up in a strange new world is nothing new for the typical visual novel protagonist. There is always some reason for a poor chap to be sucked into somewhere he does not want to be, and this concept is no different in Ascendant Hearts. But, what if it were a parody of known RPG tropes?

Sexual Content: Various times through the journey, each of the main three ladies can fall in love with Hayato leading to three romance endings. Some situations show bare censored breast, but no nipple since this is somehow a Teen rated game. There is a NSFW patch available to the Steam version. The first encounter Hayato the protagonist has with Chise is similar to the Lady in the Lake from King Arthur legend, except she is naked in a waterfall. She claims to be waiting for a prophesized hero and she claims being naked brought more inquiries than being clothed. Her offer of a sword is refused. In another incident, Chise wishes to speed up the process for which the fabled hero arrives. So, she offers herself to Hayato for the purpose of baby making, if he is not the hero then his child has to be.  Aiko strips to her underwear to show Hayato how her healing magic heals a scar on her stomach. During a trip to a hot spring, Aiko and Shiori end up falling in on accident. They remove their clothes so they have time to dry off and willingly dive back in. Their breasts are covered by the water and steam for the most part. Hayato, and by association the player, are scolded by the girls for peeking despite the hero trying to escape an enemy nearby. Dr. Takizawa has a “hormonal enhancing libido potion” among his experiments. Shiori drinks it thinking it was an invulnerability potion she helped him with the previous time she was there. By the game world’s logic, the more revealing your outfit the more powerful your attacks. 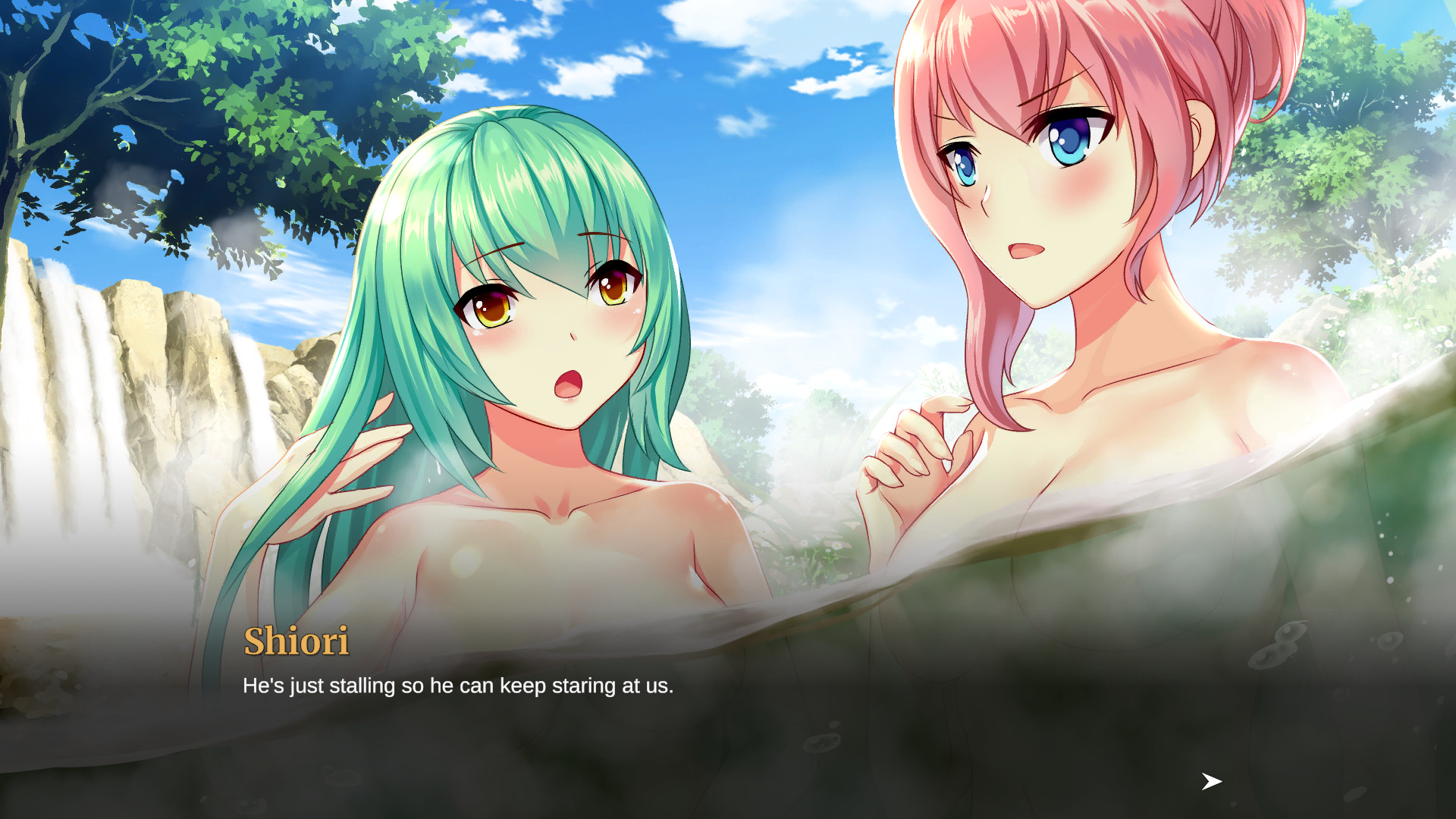 The mentioned hot springs incident, and the farthest the fan service goes without the NSFW patch.

Spiritual Content: The town of Lightshire has a church with a priest and they worship multiple gods but still use the cross in a different context. They use the vertical beam to represent the realms the gods occupy and the horizontal is where the people who worship them live. Ghosts and spirits are a part of this world so Hayato and company confront them on multiple occasions.

Violence: The setting of the game is essentially an RPG. So there are multiple mentions of combat and fighting monsters, all referenced and no actual combat done by the player. This is a visual novel after all. 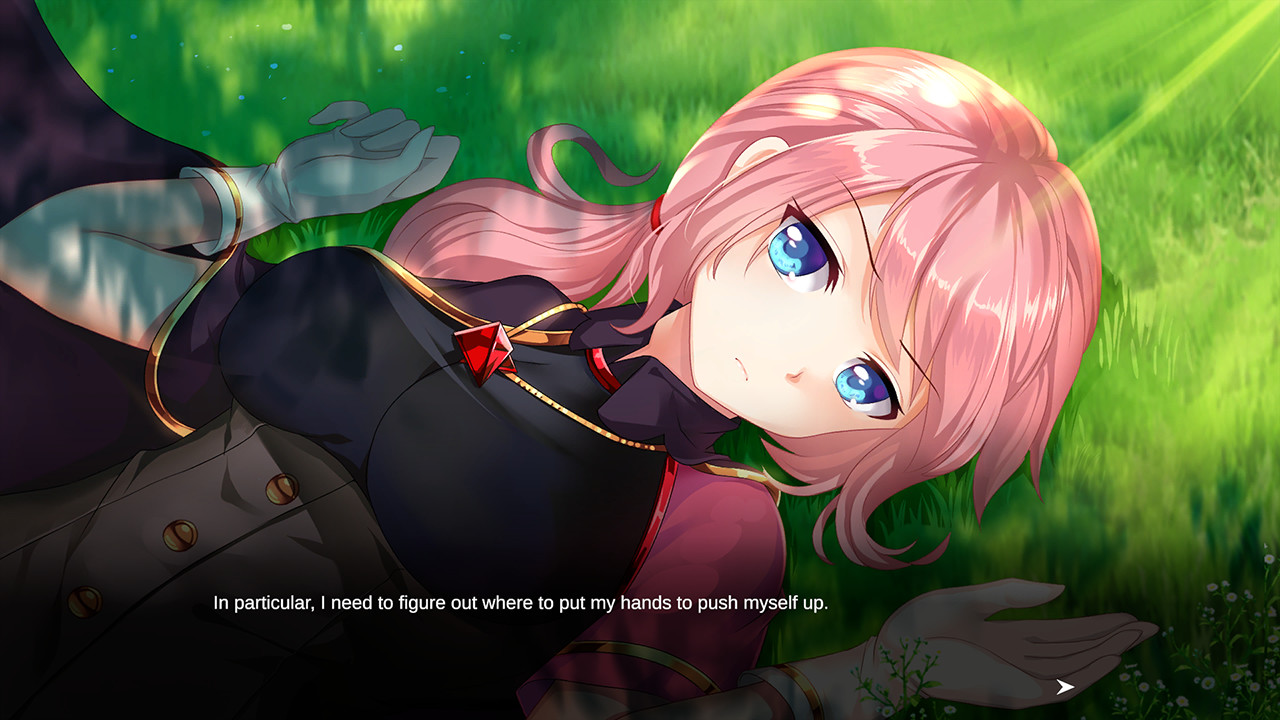 You have fallen on Shiori and it is awkward.

Alcohol Content: The protagonist and party frequently gather at a tavern, though nobody consumes alcohol.

Visual novels are something of a blind spot when it comes to games I like to try out. Even though they are probably something I would like better if I took the time to find one I liked. Why would I not like a game with anime waifus? It is what attracted me to Ascendant Hearts in the first place. It looked to be a tame T rated fare at a short completion time, what was there to lose?

The story of Ascendant Hearts is the story of Hayato and his sudden transportation to another world, typical isekai anime fare. Upon his arrival in the town of Lightshire, he meets the business end of a darkwolf and is saved by his first friend Shiori. This town has been under siege by darkwolves for many years and an adventuring system was set up to appease adventurers into helping defend it. Shiori is one such adventurer who is willing to help Hayato out. There is just one problem: nobody in town wants anything to do with her except the possibly mad scientist Dr. Takizawa. 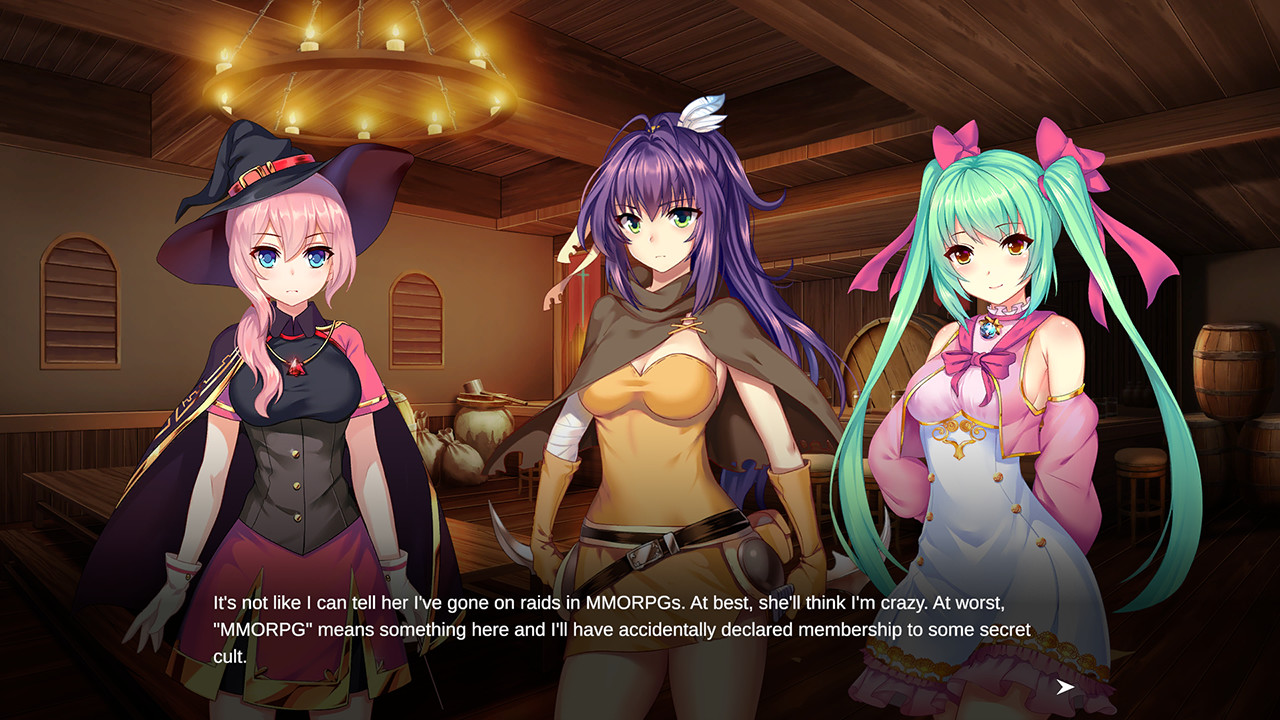 Hayato tries to figure things out with Shiori, Chise, and Aiko

In the past, Shiori’s village was wiped out and she was the only survivor. So by gossip and rumor, she was labeled the perpetrator and everyone has been prejudiced against her since. In fact, a lot of this game’s story is based around the theme of prejudice. Even though there are themes of fate and choice, prejudice is the most prevalent. A few characters face this same kind of undeserved vitriol. And it really worked for me. Every time someone was being misjudged, they would stick to their ideals and prove others wrong about them. Then when someone else was in the same situation, they would help them in a nice cycle that repeated a few times in this short five hour romp.

Even if the trope was telling me the story was going one way, characters stayed consistent and still surprised me. Aiko believes her fate is to die as the healer even though she does not. (*cough* Final Fantasy *cough*) It was pretty cute to see her freak out over her idea that all routes would lead to doom, sometimes eliciting slight chuckles from me. Something I found really enjoyable was how fun it was to watch every character interact with each other. There were times an enemy from a previous chapter would just show up hanging out around town like being in a dungeon was just a day job him. It still freaked out the townspeople though. The mad scientist Dr. Takizawa was always a delight just because he fit every stereotype of the character and would randomly yell “SCIENCE!” as his excuse for odd behavior, but would insist he was not mad. 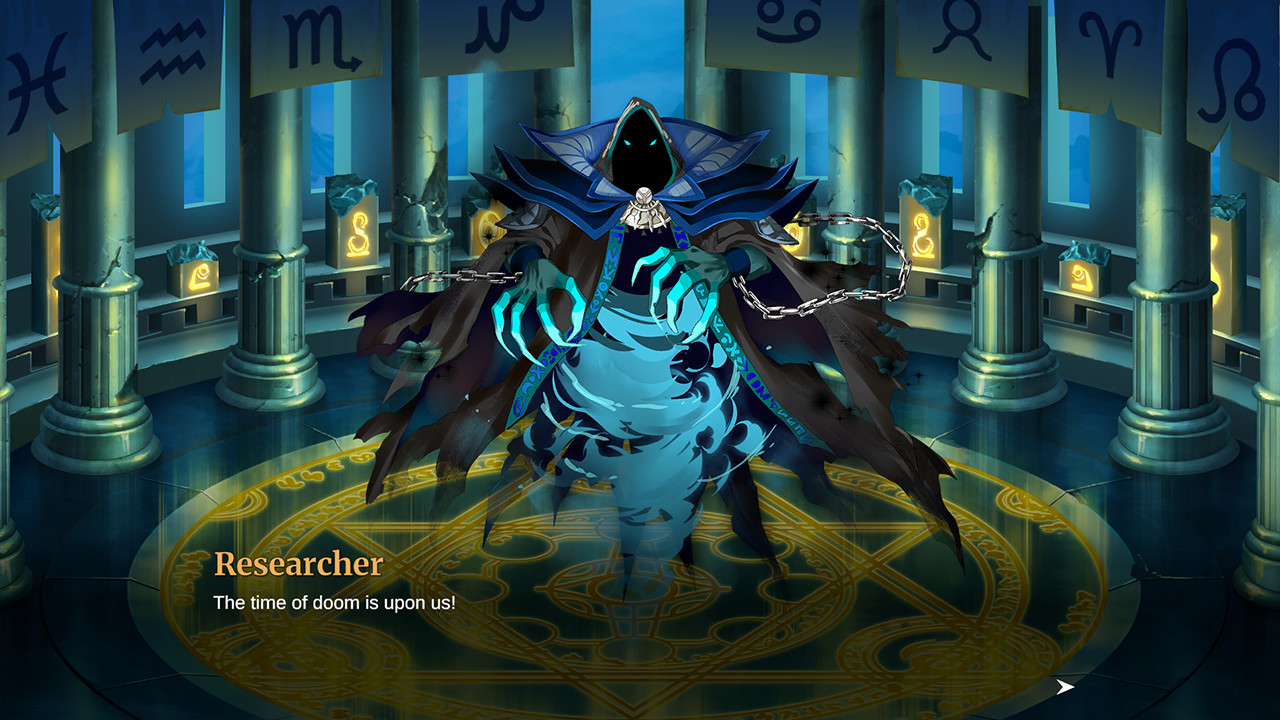 He is on the clock right now.

As I think more about my short time with Ascendant Hearts, I smile more and more over the silly little things it did to poke fun at RPGs. And while the fan service was a bit too heavy, there was still more enjoyment had than not. It certainly helped me appreciate the bite sized replay-able stories visual novels can tell as oppose to the grandiose 100 hour treks like my favorite game Persona does. I can not wait to find the next one to capture my interest.

Cute anime girls paired with a fun parody of RPGs makes for a fun time; just be careful of the fan service.