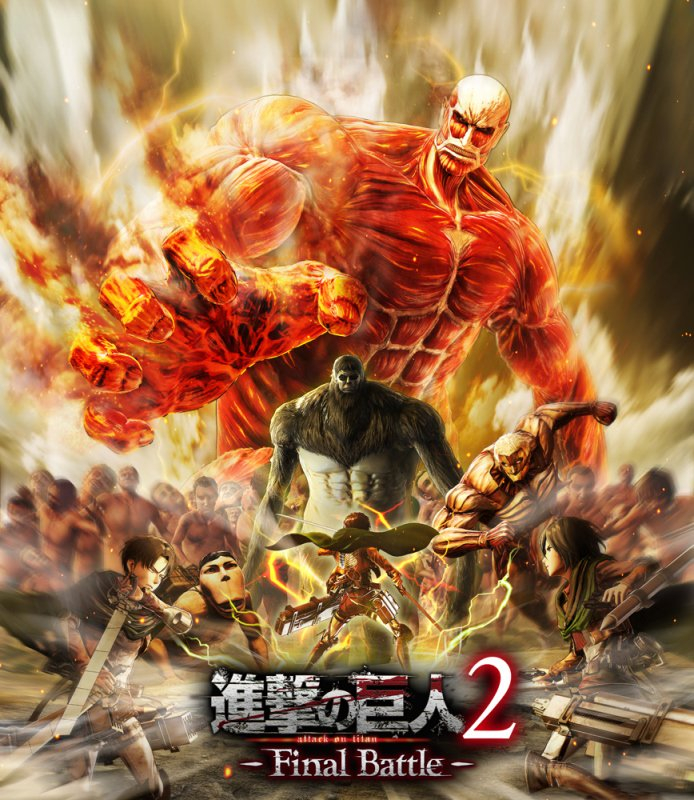 Since 2013, Attack on Titan has become one of the most popular anime in the Shonen genre. The show recently wrapped up its third season, and news outlets have reported that its next season will be its last. People continue to hold out for hope in this grim story of a world overran with vicious man-eating giants.

Attack on Titan 2 is a video game that lets players enter the world from their point of view up to the second season. This “final battle” edition I had the opportunity to review adds new gameplay modes that add even more hours of content. In addition, it includes material from the latest season. Read further to find out if Attack on Titan 2: Final Battle is worth replaying or diving in to for the first time.

Spiritual Content: One of the side characters is a priest who preaches on a religion that revolves around the walls of the city that protect civilization.

Violence: Players will be killing giant monsters with guns and blades. Limbs can be cut off with large amounts of blood covering areas of the map. In the “Character Episode” mode, players will be required to fight against human enemies. Players also have the option to use firearms in combat.

Sexual Content/Nudity: The giant monsters that players will be killing are called Titans. These Titans look a lot like giant naked human beings but lack any visible genitalia.

Language: The word “sh*t” can be heard within the dialogue of the game. 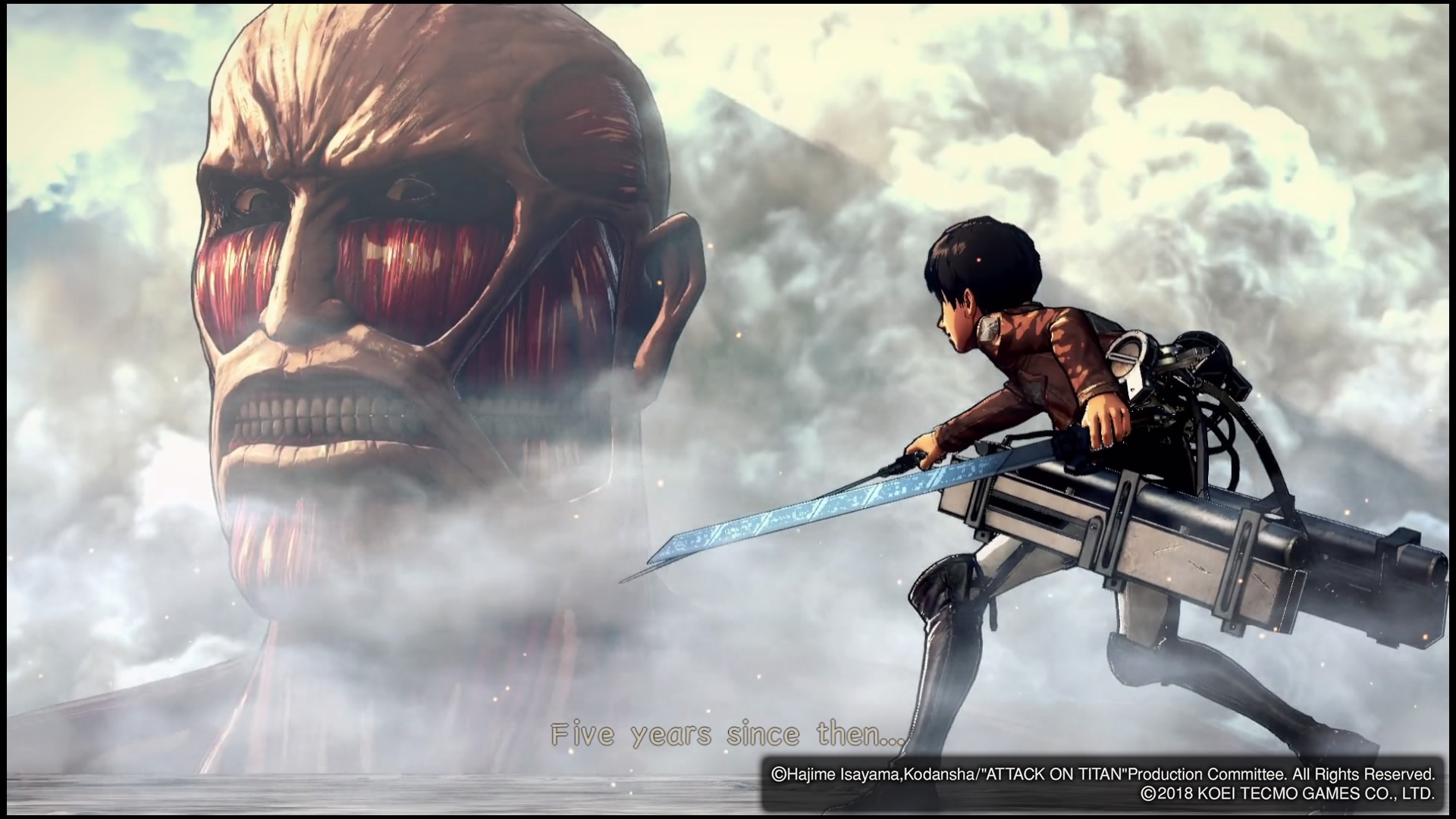 The first Attack on Titan game was developed by Omega Force, a company known for their work on the Warriors games; they are back for Attack on Titan 2. The enemies are much larger, but we still get that power fantasy that comes with this Musou subgenre. Instead of playing through the seasons as your favorite characters, Omega Force has put a spin on the format. Players will create an original character with a story that exists alongside the events that take place within the anime.

The story starts as the player experiences the breach of the first wall alongside Eren, Mikasa, and Armin. With similar motivations to the main characters, you also join the military when they do. In between taking on story missions, players can interact with their fellow soldiers in a social hub with a mechanic that loosely reminds me of the Persona series. Skills can be unlocked as you spend more time with characters from the anime. Just like other games in this subgenre, you can purchase different types of weapons and upgrade them in a variety of ways. I found myself spending a considerable amount of time in this world outside of slaying titans. 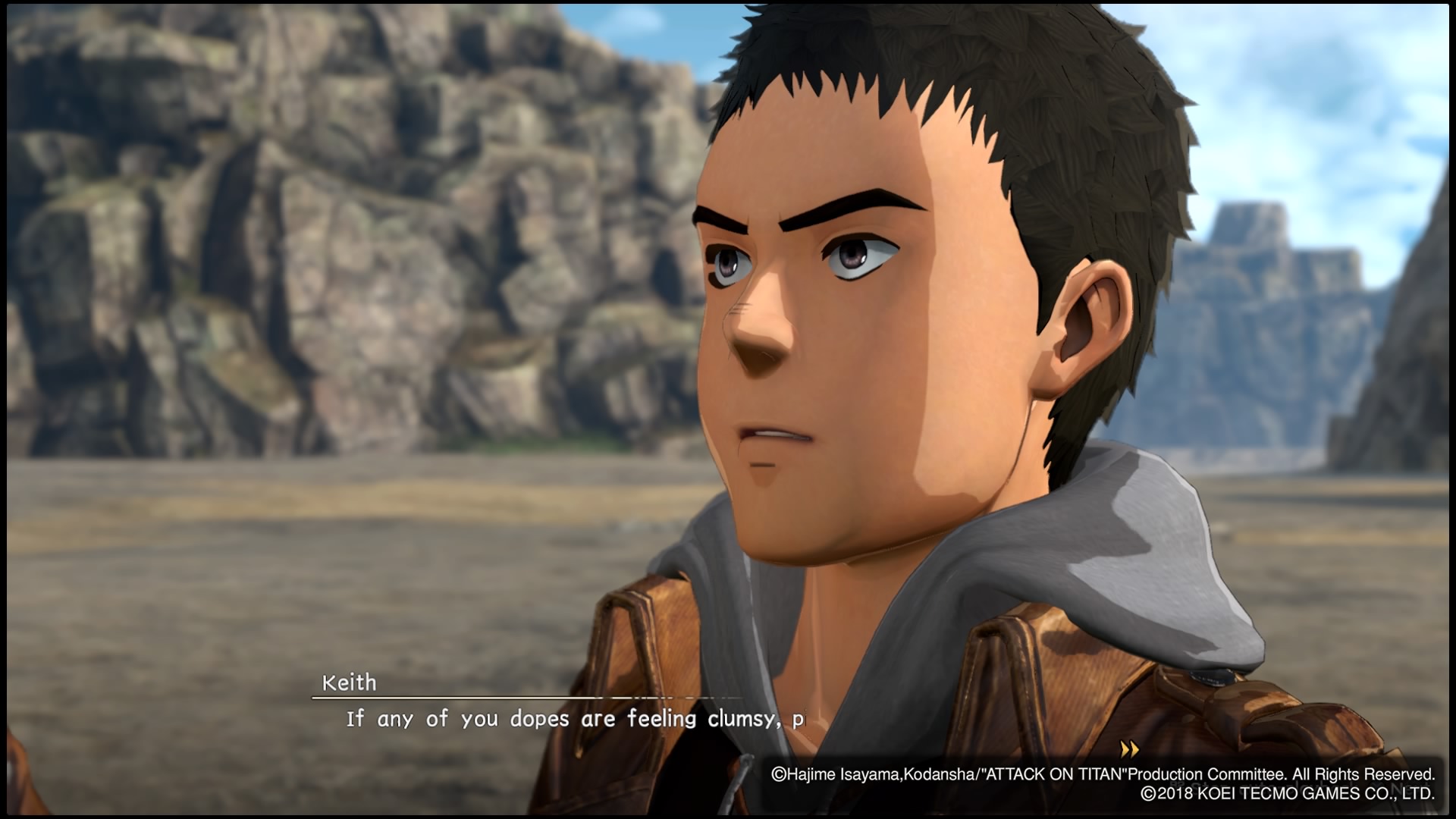 The character creator is pretty robust. Here is mine.

However, the battlefield is where you’ll find the action. Within missions, you’ll be making use of the ODM gear (Omni-Directional Mobility) just like they do in the show. Traversing the cities and wilderness works slightly similar to the Spider-Man games in that the wires attach to the closest surfaces. While maneuvering, you will slice the limbs of a titan or go for a kill shot on the nape of their neck with your blades. Your fellow squad mates are also available to command and help with these actions and make surviving much easier.

The mechanics may seem like too much to think about all at once, but they don’t take long to grasp. The biggest drawback is that it is easy to get stuck on the geometry of a map while trying to maneuver. Getting a good hit on an enemy titan can also be a pain depending on your positioning and how much they are moving around. Although, finding yourself in an uninterrupted flow of combat can be a satisfying experience. Those issues didn’t stand in my way enough to keep me from playing this game for over 20 hours. 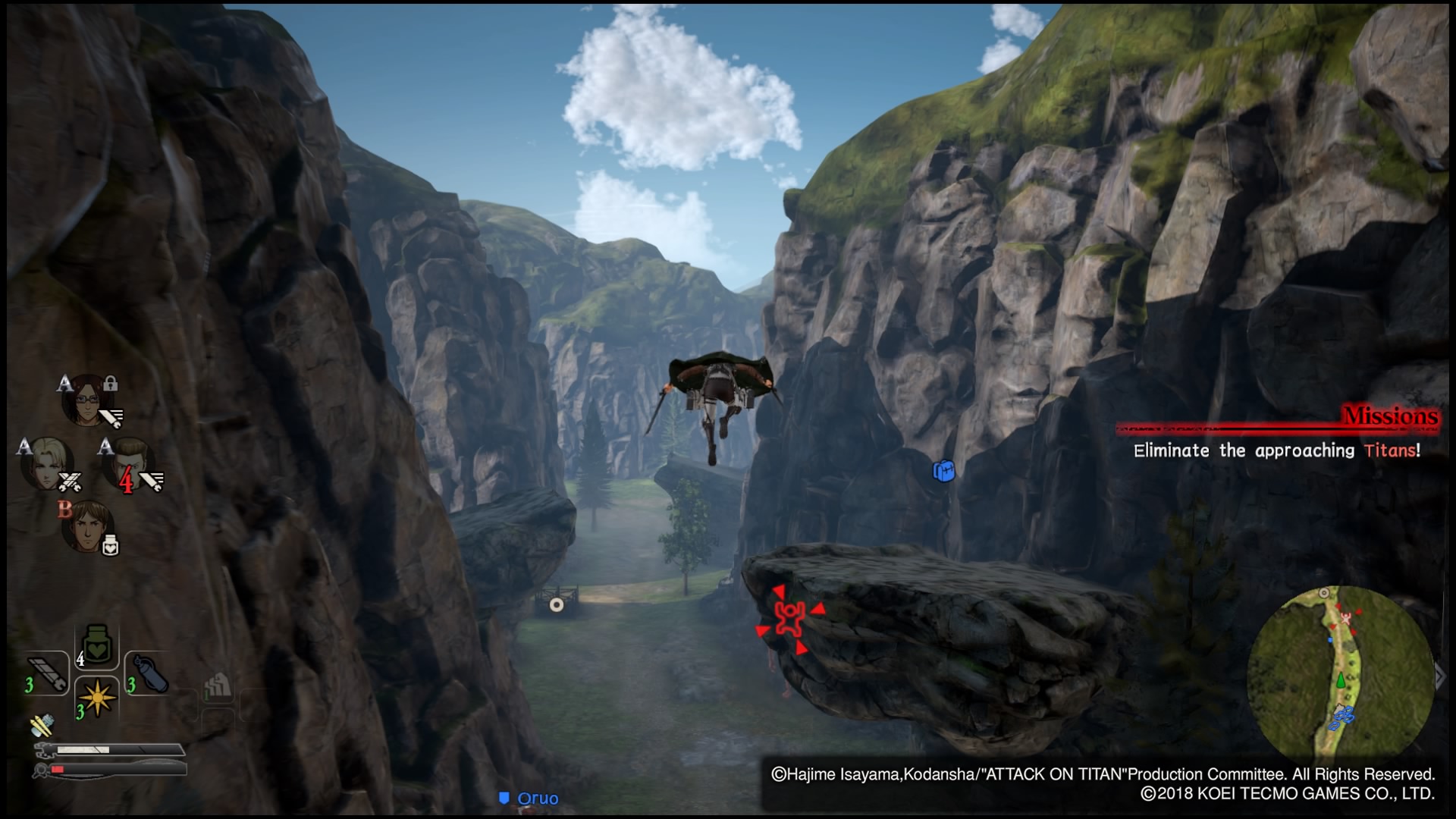 If you’ve played any of the Warriors games, you’ll know what to expect. Players are placed on a battlefield with mission goals and some side objects along the way. In the case of Attack on Titan 2, your enemy army includes the titans, and the side objectives focus on rescuing fellow soldiers. While the story mode is more focused, there is an optional mode called “another mode”. In this mode, you can take on missions you’ve already complete across any gameplay type. You can also select any characters that you’ve unlocked and play cooperatively online with friends. If that already sounds like a ton of content, I’m not done yet—this Final Battle edition of the game offers much more.

The extra content is what players may be coming back for since the first Attack on Titan 2 was released last year. It’s going to cost another $40 for people to buy this upgrade if they purchased the original version last year. That may seem like a hefty price, but it isn’t much different than purchasing an expansion or season pass. For anyone interested in purchasing Attack on Titan 2 for the first time, you’ll only need to pay the standard $60 price of a new game. 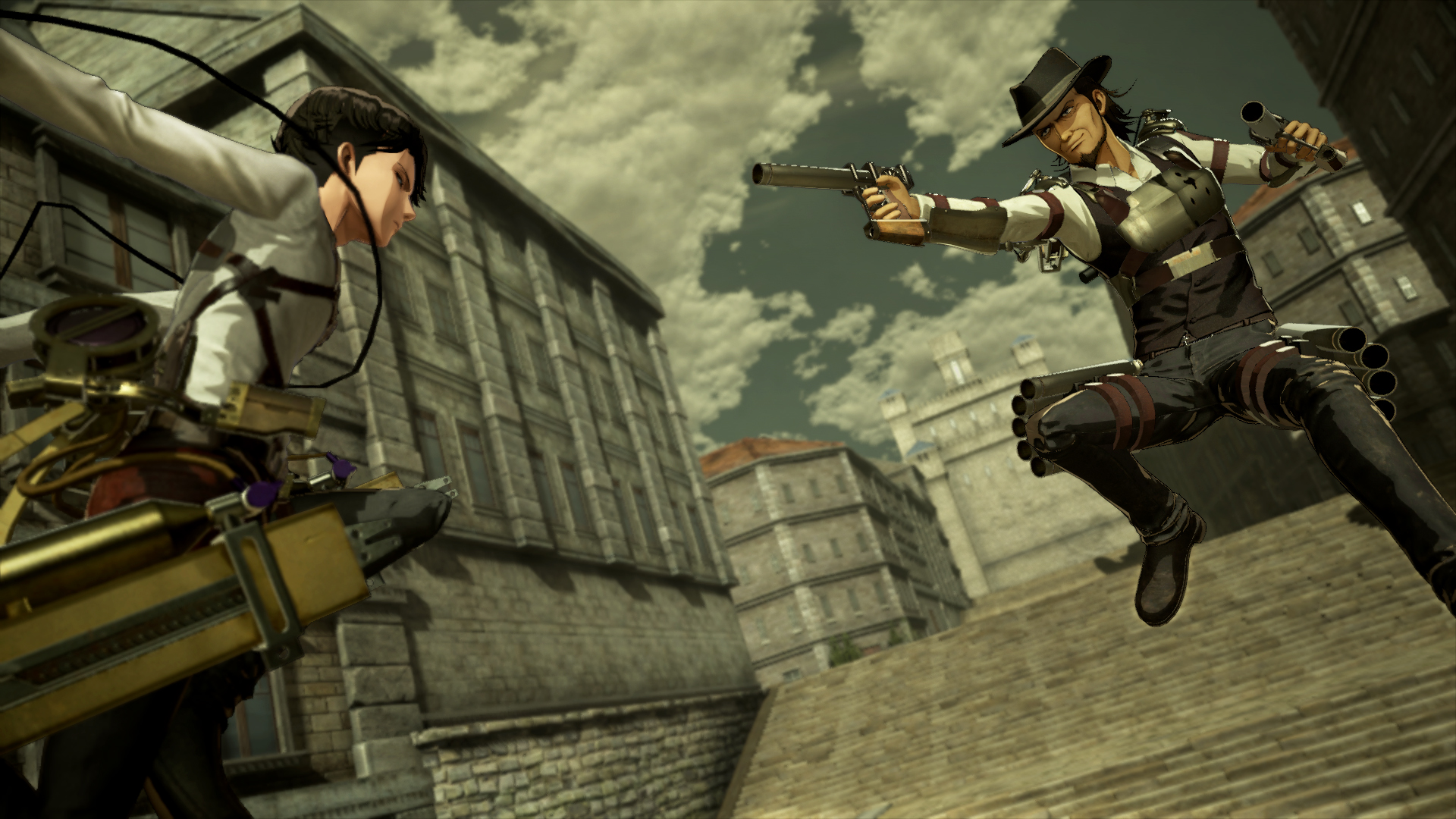 The Final Battle Edition introducers these firearms that are usable in-game.

The main additions in this new version are the Character Episode mode and Territory Recovery mode. Character Episode will take players through season 3 (check out our review), which recently wrapped up. Similar to the format of the first game, you can play through the season from the perspective of your favorite characters. Territory Recovery is where I spent most of my time outside the story mode and created my regiment. I took my “Rescue Corpse,” regained territory that was lost to the titans and recruited soldiers I met along the way. I discovered that this mode is a huge timesink and a great way to get right into the titan-slaying action.

My time with Attack on Titan 2: Final Battle wasn’t without its faults. As I previously mentioned, combat can be clunky at times. Though the game carries a strong visual presentation, the frame rate suffers when there is too much happening on the screen. I experienced these drops when there were a large number of titans or during the sequences when Eren becomes one himself. Again, this wasn’t a big enough issue to keep me from playing as much as I did. 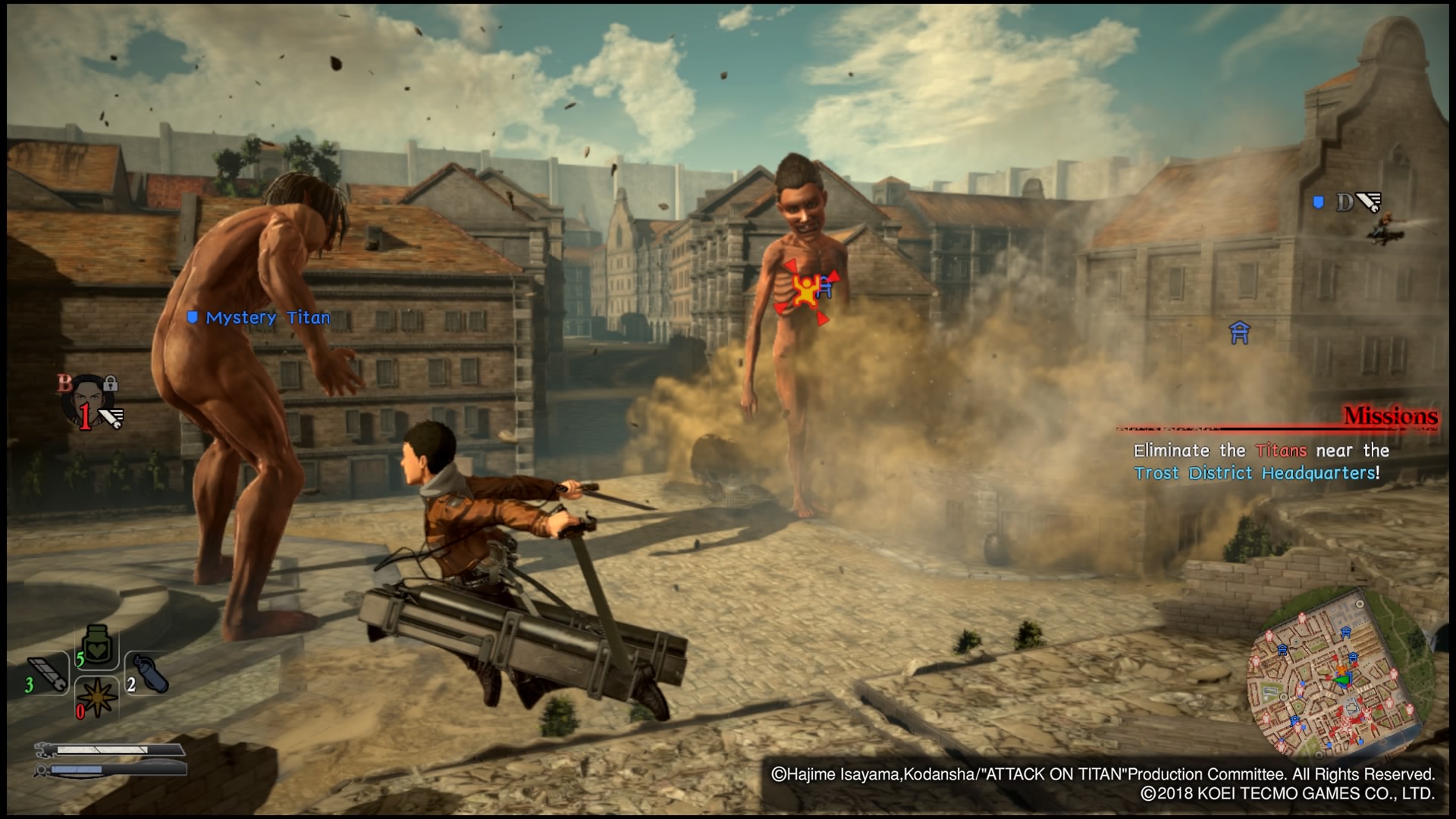 Fighting alongside Eren in his titan form brings a fun sense of scale.

Fans of the anime are going to appreciate the presentation—especially how close the cutscenes are to the show. My favorite moments were the first-person scenes in which you see some of the most memorable parts of the show through the lens of your original character. The developers also put that same great work into the season 3 content when they could have made it into an easy cash grab. It may be hard to get a player unfamiliar with the show to check out Attack on Titan 2: Final Battle, but it is a great way to experience it interactively. Even with my grievances, I put over 20 hours into slaying Titans. With this Final Battle Edition, there are plenty of options to spend your time doing the same, whether it is putting yourself in that world or reliving your favorite episodes as your favorite character.

The Final Battle edition of Attack on Titan 2 brings hours of content that fans will sink their blades into, whether they are learning how to slay Titans for the first time or coming back for more.