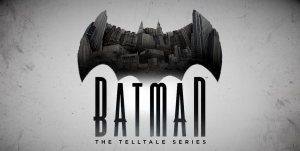 Telltale games continues ramping up the suspense in their newest adventure series featuring the Caped Crusader. Following on from the strong but flawed foundation laid out in Episode One, Episode Two: Children of Arkham introduces a much improved and more coherent story than the introductory episode. With Bruce Wayne forced to face new demons from his family’s past and with his only remaining allies slowly slipping away from him, life has become quite challenging for the Caped Crusader as he must battle Gotham’s worst filth as both Bruce Wayne and Batman while attempting to save his family’s golden image.

As with Episode One, Children of Arkham features fairly brutal beatdowns dispensed by both Batman/Bruce Wayne and Catwoman/Selina Kyle. There is also frequent use of curse words such as d*@N, s&*t, and f$#k peppered throughout the episode. A bar fight scene includes scenes of smoking and drinking but there was not as much gore in this episode as there was in the first. 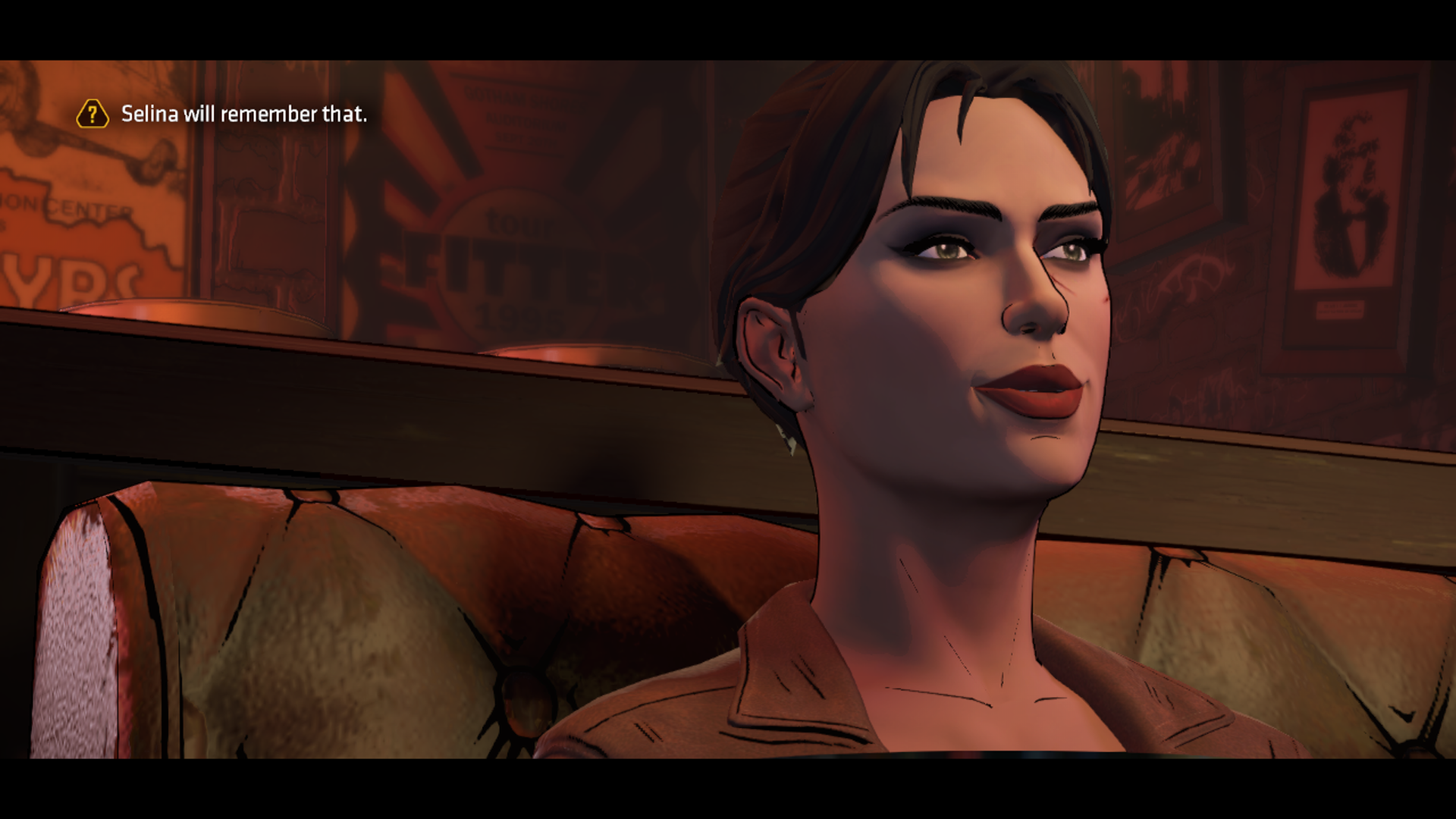 After a lackluster introductory episode, Batman The Telltale Series Episode 2 emerges from the shadows to sucker punch players right in the feels with an emotional opening sequence. Following the lead he received at the end of Episode One, Bruce Wayne and Alfred return to Crime Alley where Bruce’s parents were murdered by Joe Chill. Here, Bruce only finds more questions instead of the answers he desperately needs to save his family’s good name from a smear campaign aiming to bring him down. From this point on, the game turns the excitement up to 11 as my chief complaint from Episode One was readily addressed. 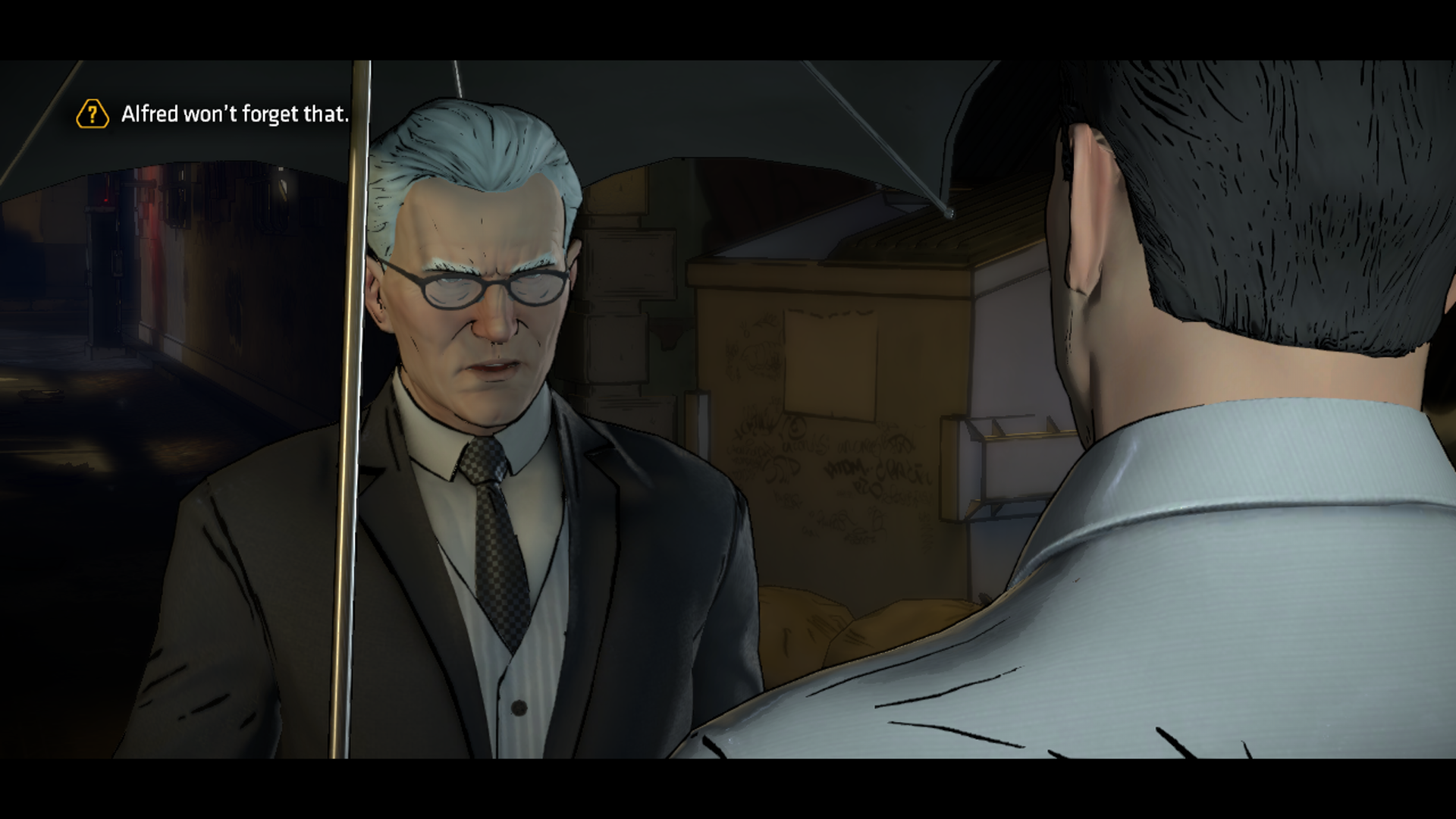 While it seems odd to criticize a Batman game for its Batman sequences, Telltale Games does not make very good action set pieces (if I am being quite honest) as there is too much of a reliance on QTE’s. Thankfully, in Episode 2: Children of Arkham players, are in control of Bruce Wayne far more often than they are accustomed to. This allows players to experience a different, more vulnerable side of the Dark Knight that isn’t often explored in video games. Bruce/Batman is in real danger through most of the episode and his enemies, for once, are actually a few steps of ahead of him. Shocking twists and unexpected deaths will occur, as well as the inevitable birth of one of Batman’s greatest enemies. If they keep this kind of pacing throughout each episode with the only Batman sequences being those of the boss fights at the end of each, then this will be quite a series to keep an eye on. 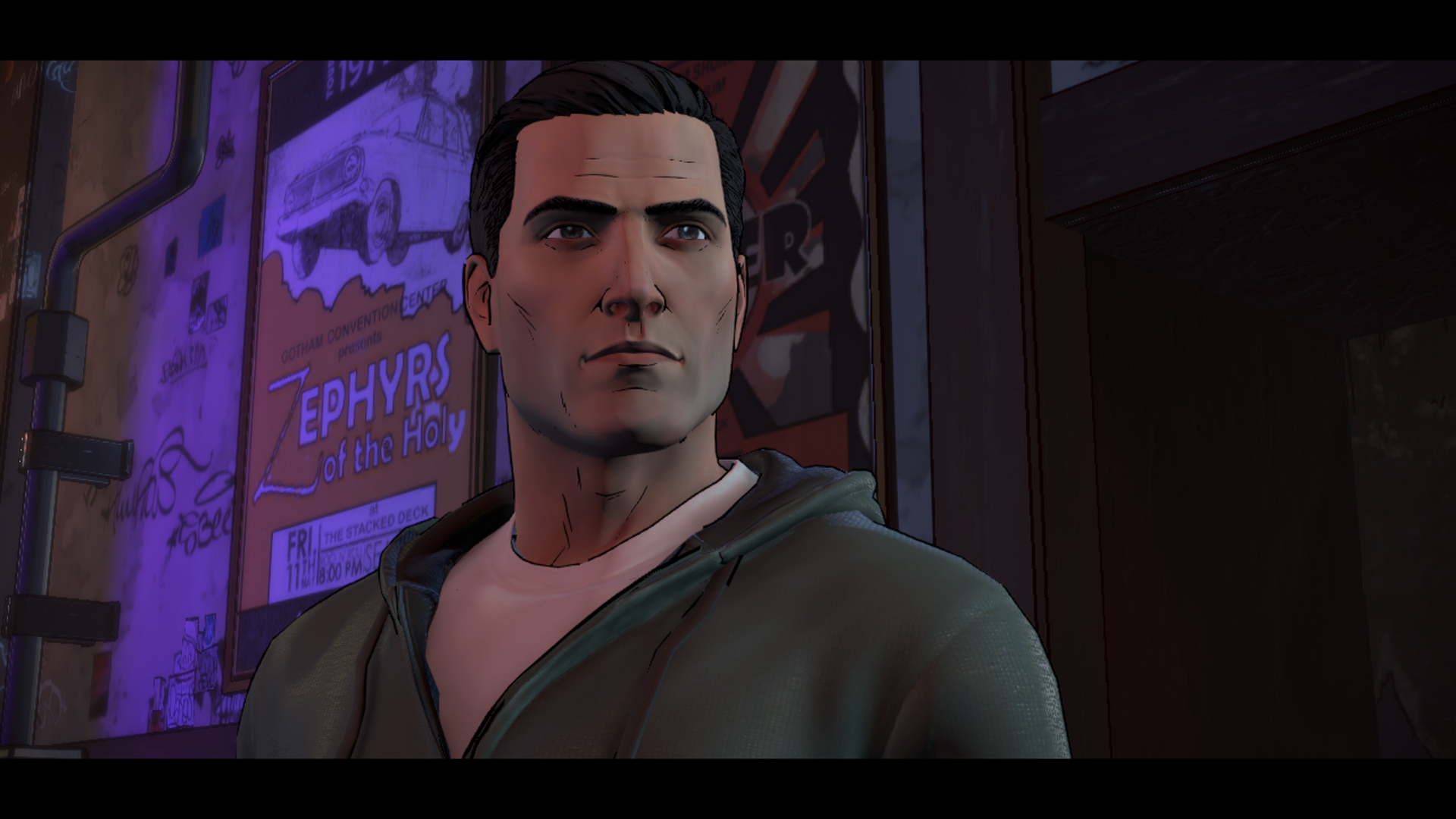 The reason Telltale’s games are so good is because the writing and acting is top notch and multiple playthroughs often lead to entirely different outcomes. While this is true for Batman: the Telltale Series as well, there is one choice that is available to players during the final gameplay segment of this episode that I just don’t imagine will change all that drastically depending on the choice players make since it involves the creation of an iconic Batman villain. Comic fans and Batman diehards will instantly know the moment I am referring to when they experience it but, I just found this to be the most underwhelming part of what is otherwise a near perfect episode. However, the surprise reveal of an all new big bad at the very end of the episode got my head spinning about what possible outcomes I might experience in the future releases. 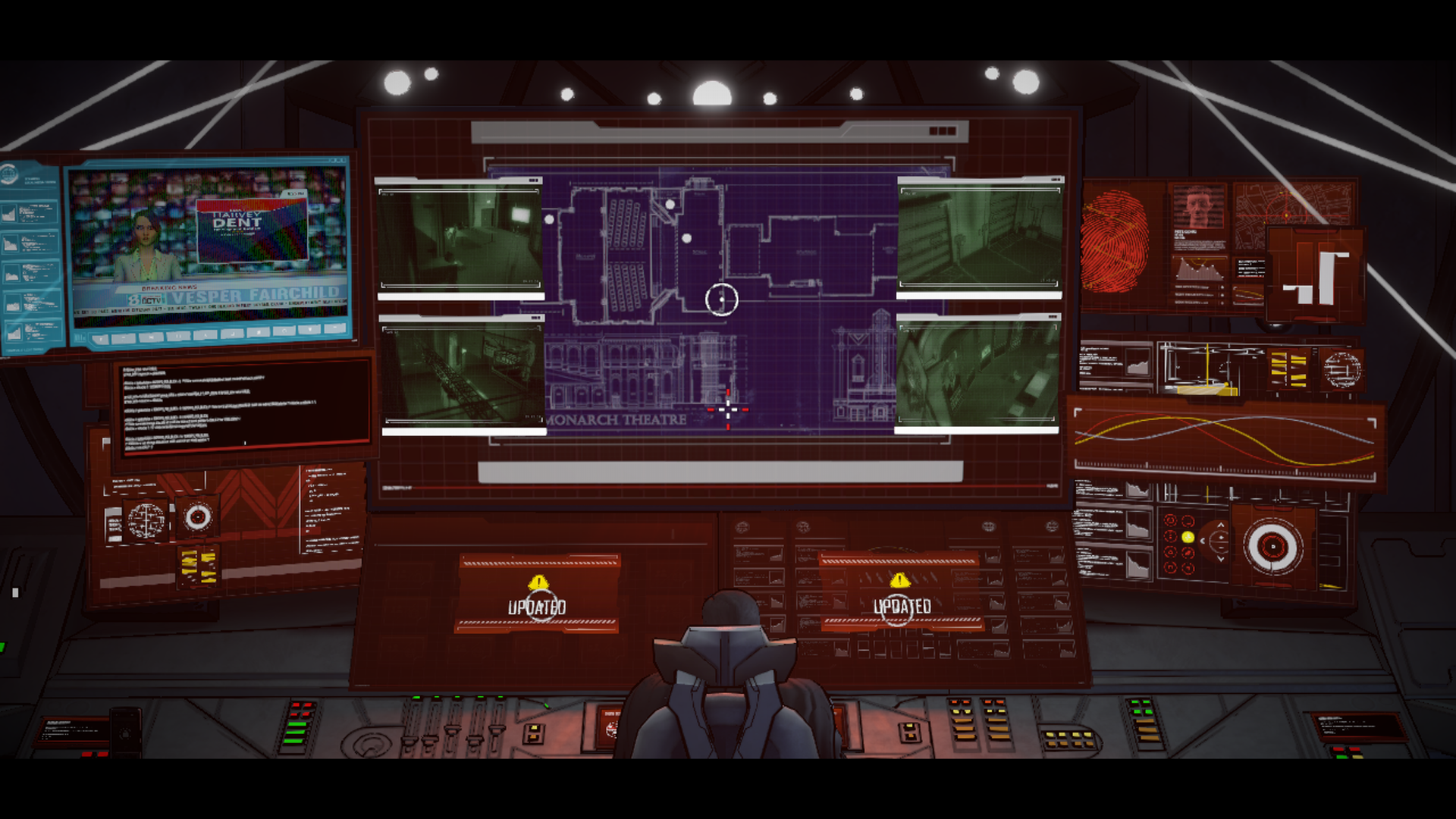 At this point, if Batman and Telltale fans have not picked up Batman The Telltale Series, then they should do so right now. Getting to explore the city of Gotham and interact with Batman’s allies and nemeses as Bruce Wayne is a refreshing experience and offers new and exciting ways to enjoy a familiar story. If Telltale keeps this momentum going with Batman’s remaining episodes, then they will have yet another amazing adventure game series under their belt. 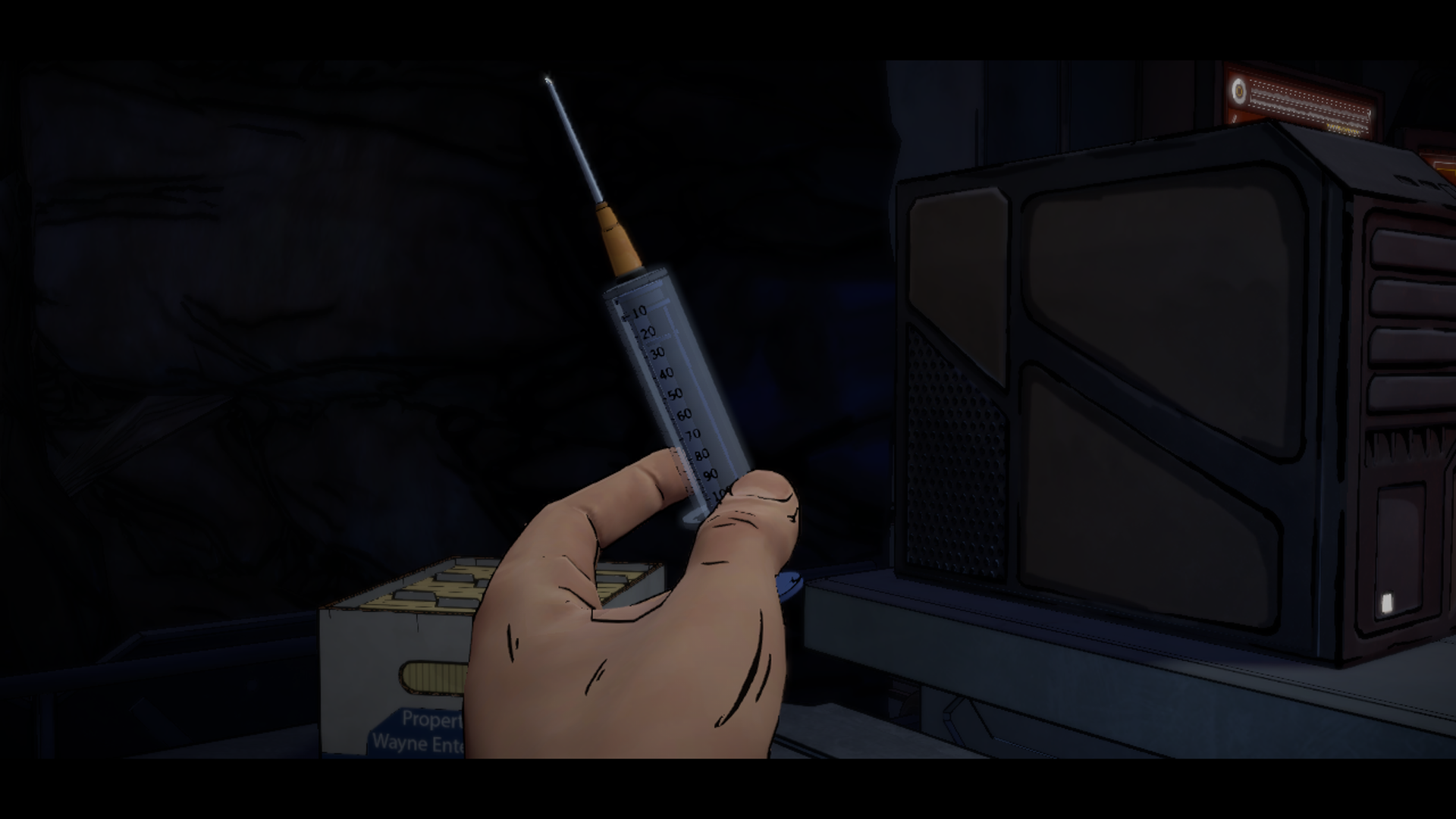