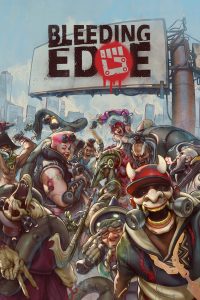 Ninja Theory is most recently known for their work on Hellblade: Senua’s Sacrifice. Since that game’s release, they have been acquired by Microsoft as a first-party studio and have already started work on Hellblade II. Although, when I think of Ninja Theory, I think of their work on third-person action games such as Heavenly Sword, Enslaved: Odyssey to the West, and DMC: Devil May Cry.

Bleeding Edge is a project that was in progress before that acquisition and became an Xbox exclusive as a result. With the experience that this team has with third-person action games, this take on the competitive hero subgenre seemed like it would be an easy win, but based on my time with the game so far, this project lacks the necessary sophistication and cannot be saved solely by its fun, competitive combat.

Spiritual Content: A few of the characters have a history of practicing witchcraft and voodoo. Their biographies in the workshop go more into detail on their backgrounds. One character in particular whose brain has been implanted into a snake carries his own corpse.

Violence: In Bleeding Edge, characters use a variety of guns and melee weapons to fight against one another. Some characters will bleed when attacked, and blood stains appear on the ground but disappear quickly. Some of the arenas contain hazards such as fire and electricity that will damage the characters when contact is made.

Sexual Content: One of the female characters wears a shirt that reveals cleavage.

Positive Notes: This game is rated T for Teen. I appreciate that the developers were able to give the game an edgy style without including over-the-top violence and foul-mouthed characters. 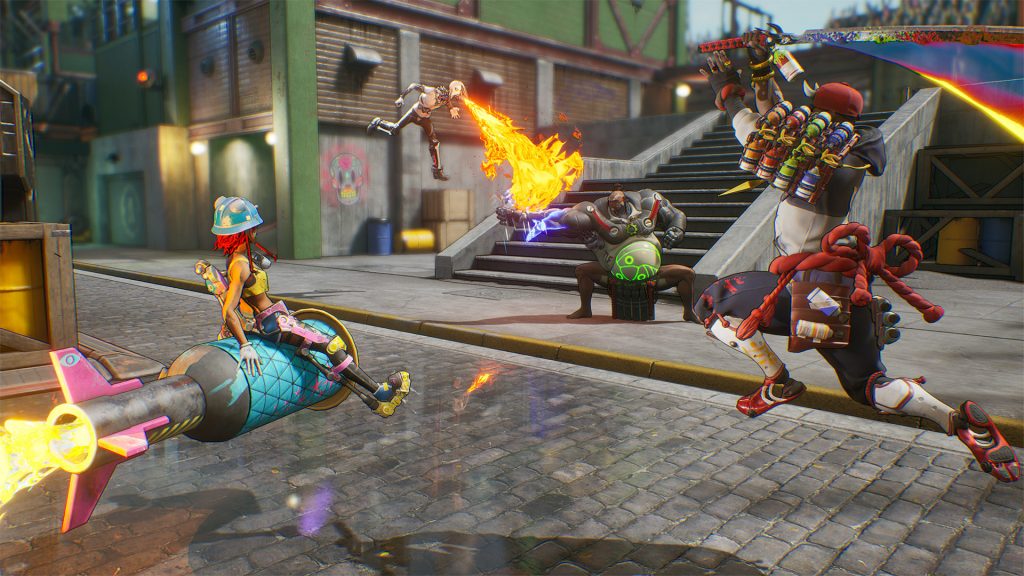 Being a fan of Ninja Theory’s history with third-person action games, I had high hopes for Bleeding Edge. That action we know and love from games such as Devil May Cry and Bayonetta, combined with the competitive nature of a hero shooter or MOBA, seems like it could be a great combination. Unfortunately, what I had hoped for did not come to fruition. What is even worse is that my experience with the game on launch day was no different from the beta I had played only weeks prior.

The game starts up with little fanfare as well. I was greeted by “Ninja Theory” and “Xbox Game Studios” written in plain white text over a black background. Then comes a cinematic that explains the game’s setting, which I later found out is the game’s launch trailer. During the beta, this was acceptable, but to see this at launch made me facepalm myself so hard that I still feel it.

Bleeding Edge takes place in a grungy futuristic setting in which augmented characters compete in an underground competition. There isn’t much to it unless you decide to take a look at the character bios in the customization menu. Across the board, the grungy presentation does little for the characters or the maps that they are fighting in—much less cyberpunk and more like urban-futuristic trash punk. However, even if the game gives off a bad first impression, this concept they have built has much potential. 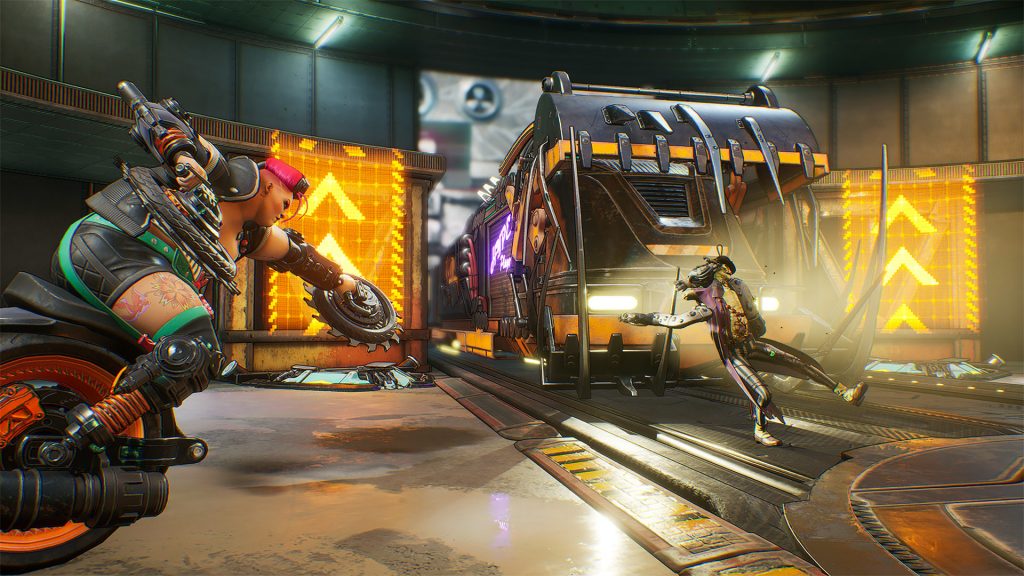 Someone forgot to look both ways before crossing the tracks.

In Bleeding Edge, there are two match types, five maps, and twelve characters with another on the way. The two available match types are one in which the two teams fight for control points, and the other in which teams collect power cells and return them to a drop-off zone. Sadly, the usual occurs when a group that knows how to play and team up dominates the other side by a landslide. The time in which I have experienced a close and intense match have been rare.

The selection of five maps feels low but is a generous place to start. With an aesthetic that tends to get in the way, none of the maps do much to stand out other than include a few hazards that can get in your way if you aren’t careful. One map has a furnace that can light up and do damage under a control point, another has electrical fences that you’ll need to dodge through, and another has a train that you’ll need to watch out for when collecting power cells on the tracks. As a result, they are more identifiable by their obstacles than by any attractive visual features.

The characters work like a typical hero shooter and have two abilities, including an ultimate that can be executed. Like Overwatch, the selection is split up into Damage, Support, and Tank. My favorite characters to use are either Daemon or Nidhoggr for damage, Miko for support, and El Bastardo for the tank. Truthfully, I didn’t find much of the roster exciting until I read their bios. Although the developers do deserve some bonus points for creating unique characters that aren’t straight knock-offs of “Hero Shooter 2” and “MOBA 4”, the available options for customization aren’t anything we haven’t seen before except for the equippable mods, and even those don’t seem to have as significant an effect on the gameplay as you are led to believe. 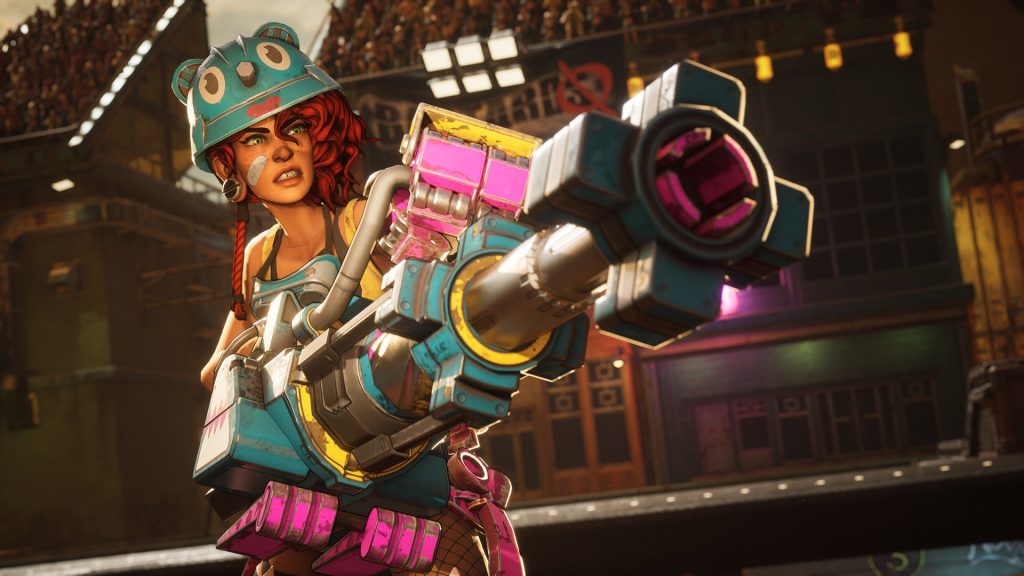 Gizmo is a range-focused character in a melee-centric game.

The general gameplay is what I find most enjoyable about Bleeding Edge. The available arsenal contains some light combo options, lock-on, and a button that serves as both a parry and a dodge depending on whether you are moving when pressing it. A light stamina system is also involved, which keeps players from being able to dodge and block all the time. Some of my favorite moments were when I’d be locked in an intense battle with an opponent—when my only way out was a victory over them. Those fights required me to parry, dodge, and look for an opening to get a combo in or activate an ability.

A part of the presentation I do like is the soundtrack, especially the theme song. Though it sounds like something we’d likely hear in the Rocket League OST, it feels strange to say that this one thing stands out much more than the rest of the presentation. The reason I’m bringing this up now is that I wish the whole game would reach a similar caliber. Overall, Bleeding Edge feels like a under-developed attempt that has the potential to do much more. 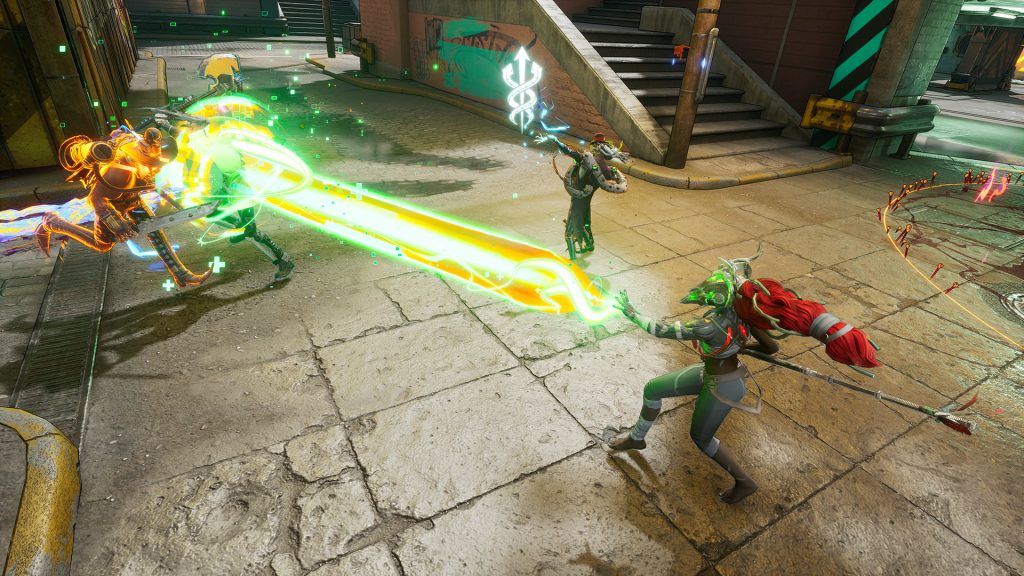 Teamwork is key in Bleeding Edge.

We all know that the folks over at Ninja Theory are capable of greater things, and it is likely that they are feeling the pressure of producing Hellblade II and the number of other projects they are currently working on. Bleeding Edge currently lacks variety with a low number of characters and maps, but more of those things has the potential to change the experience. My hope for this game is that the developers have a dedicated team that can bring much more to the table. For now, I’d recommend giving Bleeding Edge a try for yourself on Game Pass, but that $30 you’d spend on it would be more valuable elsewhere.

Bleeding Edge puts its own spin on the competitive multiplayer formula, but fails to stand out even with its fun action-packed gameplay,