Get Krunk with Kokiri 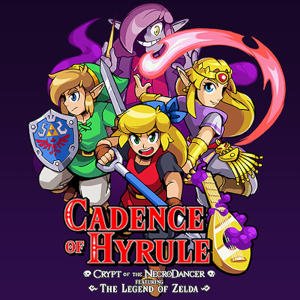 When I first played Crypt of the NecroDancer way back in 2014, I knew the team at Brace Yourself Games had gold on their hands. Their expert fusion of rhythm and roguelike dungeon crawling worked together to become what I would best describe as the Reese’s peanut butter cup of indie video games. Rich and delicious, the recipe was heavenly. Now, Brace Yourself has teamed up with Nintendo to bring that amazing fusion to the world of Hyrule and you should absolutely partake. 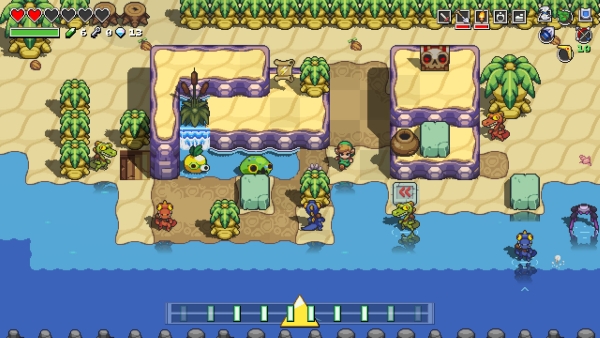 Spiritual Content: There are elements of magic and ghosts, though they’re largely just fun, inert characters and game mechanics.

Violence: Mild cartoon violence. When you kill an enemy, they disappear in a puff of smoke shaped like a skull.

Language/Crude Humor: There is no foul language or crude humor to be concerned about.

Positive Themes: Fun, upbeat rhythm-based gameplay that gives players a chance to explore a bright, vibrant world in a bid to ultimately topple a big bad (and some smaller ones along the way). 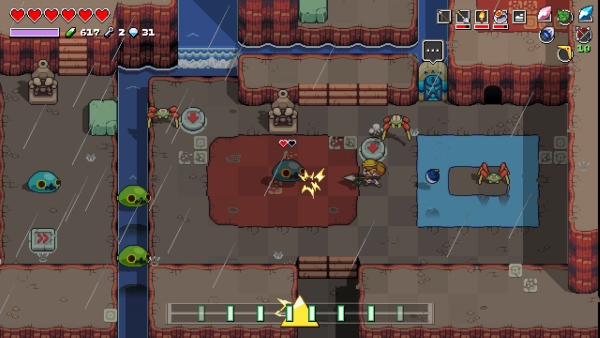 The Legend of Zelda franchise has touched nearly everyone who’s spent significant time with a controller in their hand. Hyrule has become synonymous with wonder, exploration, and over the years, great tunes to accompany the action. I would even go far enough to say it has one of the most iconic soundtracks of all time, which makes it a perfect candidate for a Crypt of the NecroDancer gaiden tale.

The game opens with NecroDancer protagonist Cadence falling through a portal into an unknown land. After an introduction to the game mechanics, we’re allowed to choose one of two paths: Link or Zelda. This kicks things off as we wander Hyrule, foiling Octavo and his instrumental monsters along the way. The 4-6 hour tale also culminates in one of the most fun final boss fights I’ve played in ages. It’s a journey well worth your time. 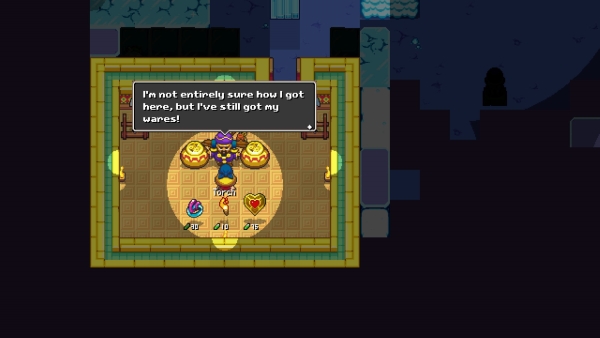 For the uninitiated, the NecroDancer formula essentially has a metronome keeping with the beat of the game’s music. With each beat, you can move and/or attack. Cadence‘s gameplay is full of straightforward mechanics, complicated by a cavalcade of foes with unique attack patterns. Much of the game’s challenge lies in deciphering your enemies’ attack patterns and positioning yourself to counter them.

The entire world of Hyrule is here to explore. The overworld’s map will look familiar to fans of classic Zelda games. From octoroks to moblins to lynels and more, the world is full of familiar enemies, too. As with other Zelda games, you’ll find new gear to help along your journey. Familiar items like the hookshot make an appearance, while spears, daggers, maces, and more add some variety to how you can approach combat. It’s both nostalgic and fresh, giving series newcomers plenty to enjoy without boring veterans. 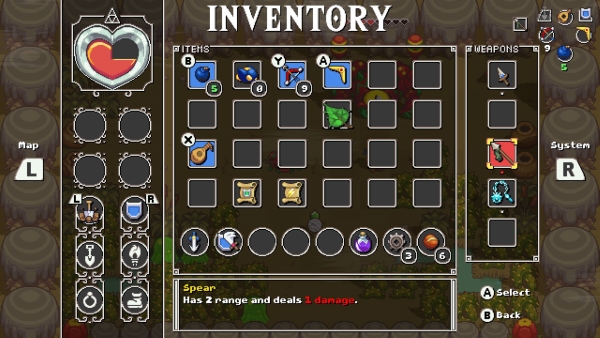 The aesthetic of Cadence of Hyrule is phenomenal. The game is full of gorgeous pixel-art with crisp, smooth animations for each of the characters. Not to be outdone, however, the game’s soundtrack is the real star here. The entire OST features over two hours of Zelda-themed music composed by NecroDancer composer, Danny Baranowsky. From mellow piano-based melodies to intense rock anthems, this soundtrack covers it all. You’ll definitely want to pick up the album when it’s available for purchase (or on streaming services). 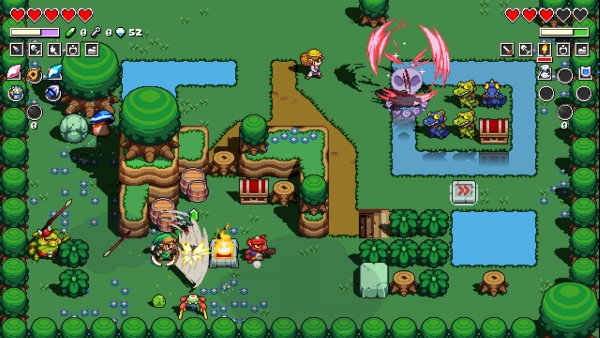 Cadence of Hyrule is a near-complete package. The gameplay is addictive and responsive, the visuals are bright and gorgeous, and the soundtrack is phenomenal. This is a no-brainer. If you own a Switch and have any love for the Zelda franchise and its music, you should have Cadence of Hyrule in your library.

Borrowing from Crypt of the Necromancer's DNA, Cadence of Hyrule is a fantastic fusion between roguelike and rhythm with beautiful visuals, sharp gameplay, and a soundtrack fans the world over will love.